OPINION  In the wake of unprecedented meat-supply-chain disruptions and obvious cattle-market failures, congressional members have made numerous calls for antitrust investigations. The U.S. Department of Justice has announced several criminal indictments against officials of major meatpacking companies, and both chambers of Congress have held recent hearings.

Three congressional hearings have now been held for the purpose of assisting Congress in determining the appropriate action necessary to restore functional markets and a reliable food supply chain. The first hearing was held June 23 by the full U.S. Senate agriculture committee; the second and third hearings were both held July 28, one by the full U.S. Senate Committee on the Judiciary and the other by the House agriculture committee’s Subcommittee on Livestock and Foreign Agriculture.

R-CALF USA supplemented the formal records for each of the three congressional hearings with written testimonies, and has received confirmation of their inclusion into the official records. The official hearing record provides evidentiary support for any future legal reforms that Congress may approve to correct the ills identified during the hearings.

R-CALF USA wanted to ensure that Congress had strong evidence in support of the two immediate triage reforms that cattle producers are asking Congress to approve to restore competition to U.S. cattle markets and the U.S. beef market.

In its testimony included in the two latest hearings, R-CALF USA created two new charts to show the profound and unprecedented disconnect between cattle prices and retail beef prices that has persisted since at least January 2015, as well as the profound inverse relationship between estimated upward-trending packer margins and downward-trending returns to cattle feeders, also evident since at least early 2015. 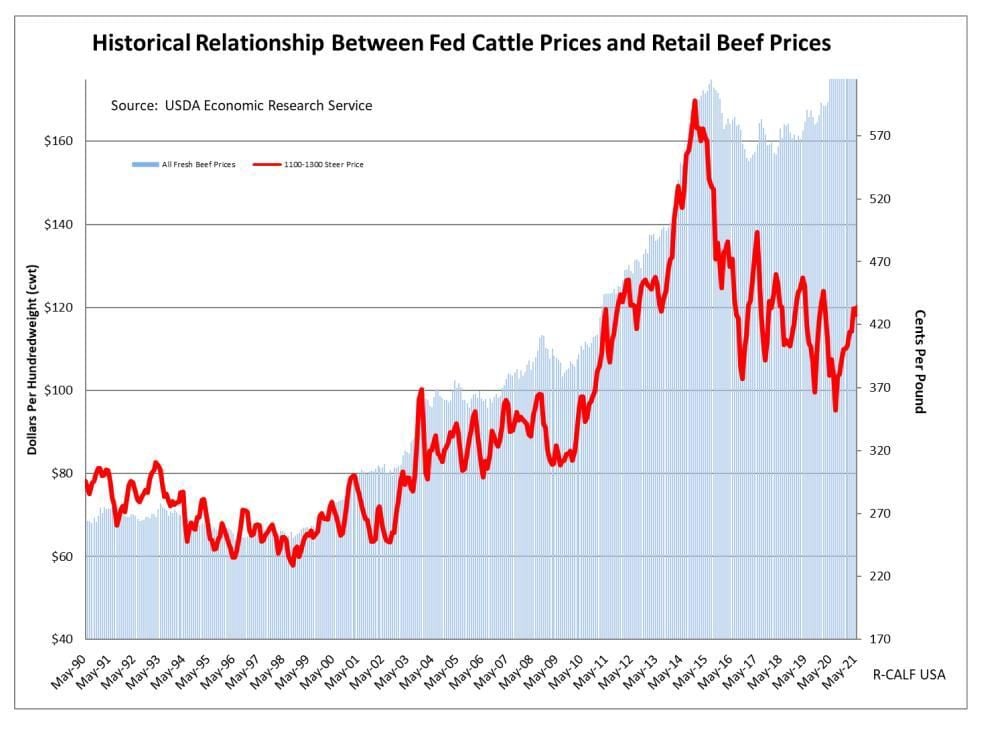 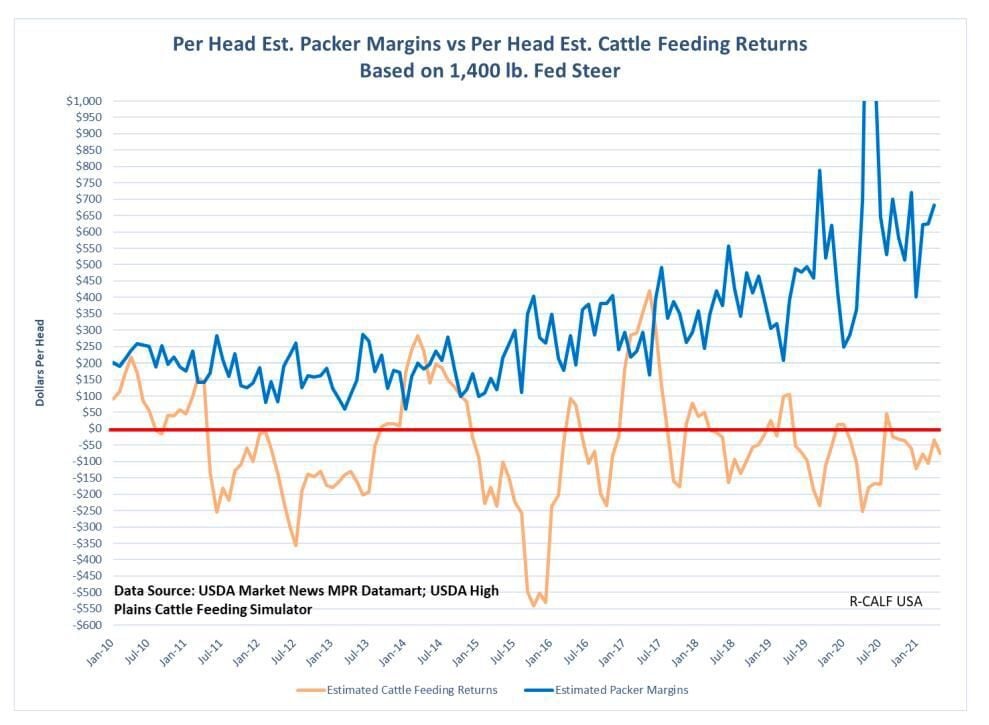 Now that the hearings are finished, we’re hopeful the leadership of the Senate agriculture committee will quickly bring the Grassley/Tester Bill to a vote and that Congress will soon introduce a mandatory-country-of-origin-labeling bill so we can begin the process of making both consumers and cattle producers whole again.