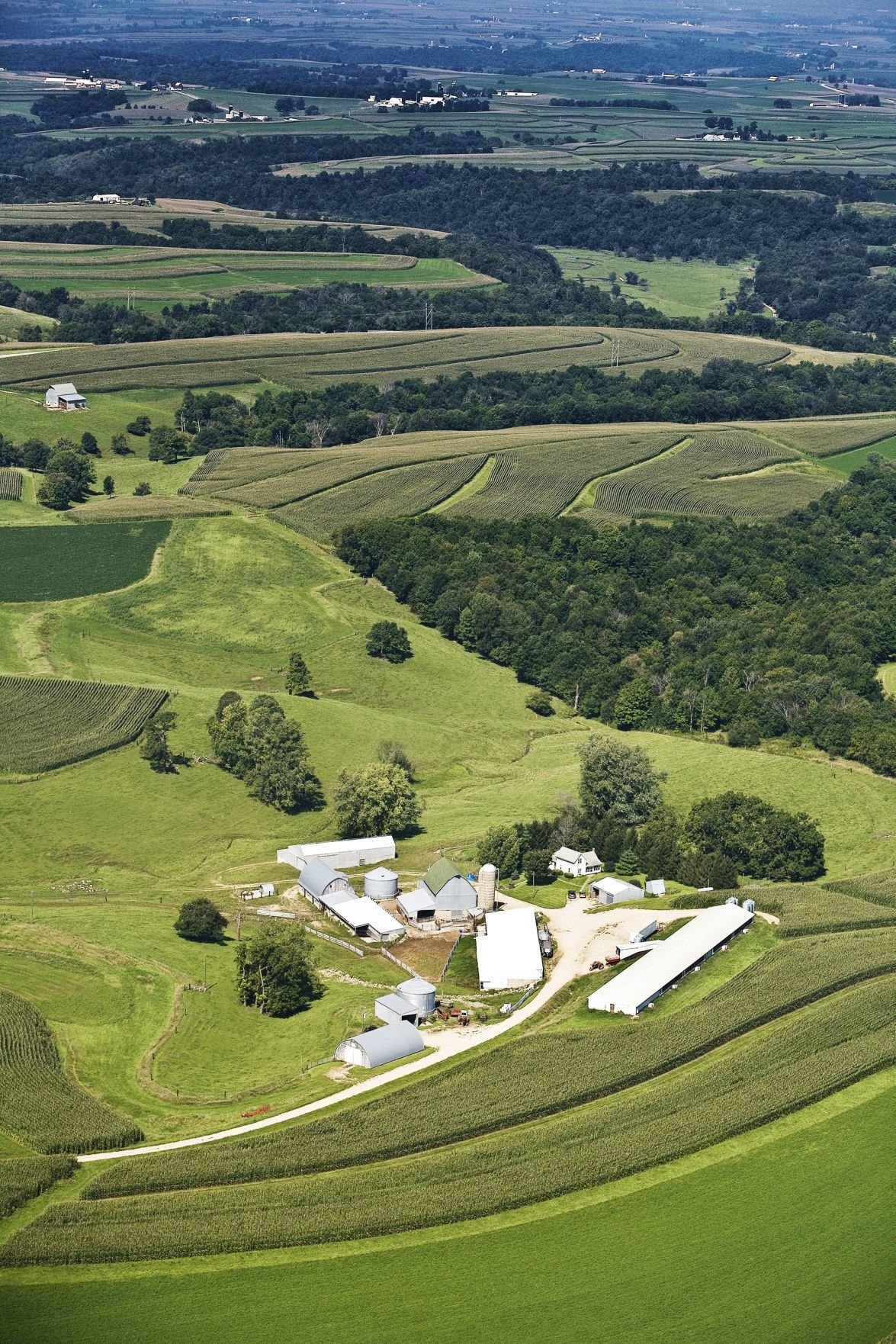 In third-quarter 2019 farmland values for the Seventh Federal Reserve District decreased 1 percent from a year ago, despite signs of strength in some areas. 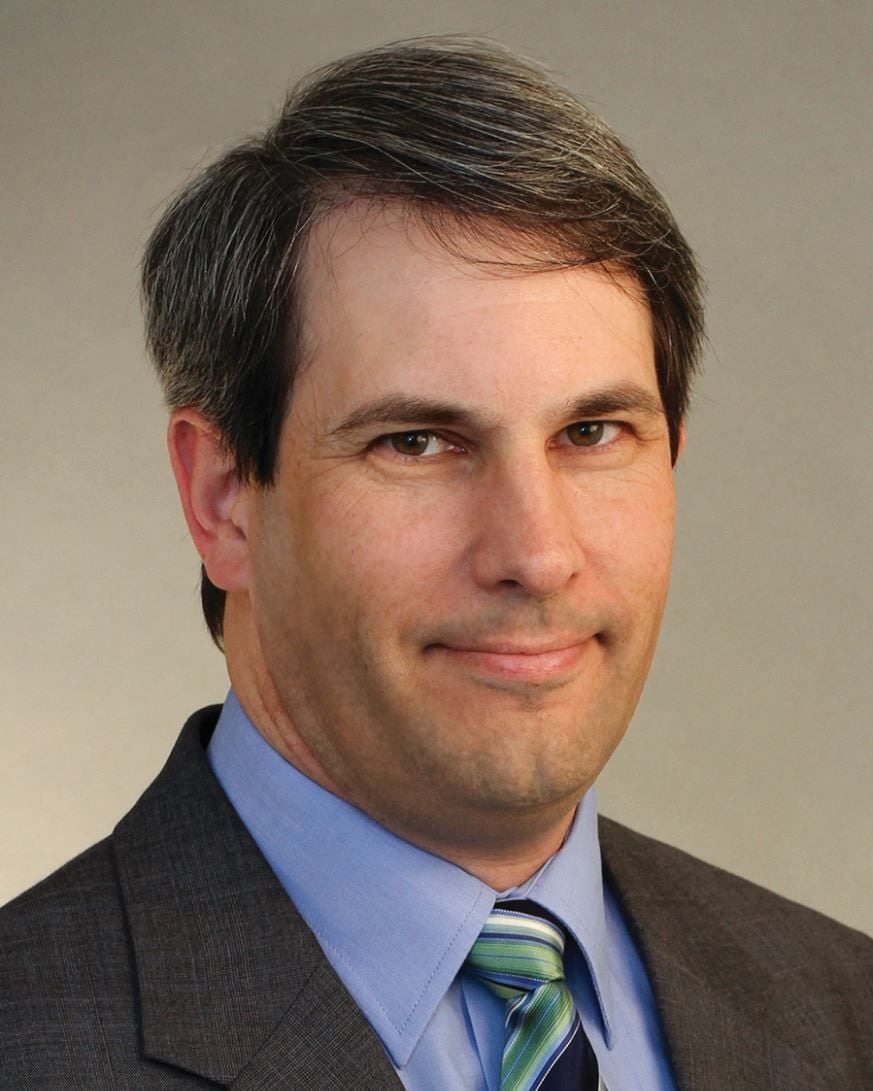 In third-quarter 2019 farmland values for the Seventh Federal Reserve District decreased 1 percent from a year ago, despite signs of strength in some areas.

In third-quarter 2019 farmland values for the Seventh Federal Reserve District decreased 1 percent from a year ago, despite signs of strength in some areas. According to the 170 District agricultural bankers who responded to an Oct. 1 survey, values for “good” agricultural land were 1 percent better in third-quarter 2019 than in the second quarter.

For the first time since second-quarter 2017, the availability of funds for lending by agricultural banks increased for a quarter relative to a year ago. In line with those results, the average loan-to-deposit ratio for the district decreased to 78.8 percent in third-quarter 2019 from 80.2 percent in the second quarter. That second-quarter number was an all-time-biggest result. Average interest rates for agricultural loans decreased during third-quarter 2019, which aided farm borrowers.

Challenging weather conditions during planting, a touch of drought in the summer, excess precipitation during harvest and early frost all hampered district crop production in 2019. According to U.S. Department of Agriculture forecasts, the five district states’ harvest of corn for grain in 2019 is projected to decrease by 11 percent from 2018, to 5.88 billion bushels. The soybean harvest is projected to decrease by 21 percent, to 1.41 billion bushels. The district states’ corn would be the 10th-largest on record. The soybean harvests would be the seventh-largest on record. The USDA expected the nation’s corn harvest in 2019 to be 13.7 billion bushels, a decrease of 5.3 percent from 2018. The national soybean harvest in 2019 was forecasted to be 3.55 billion bushels – 20 percent less than in 2018. 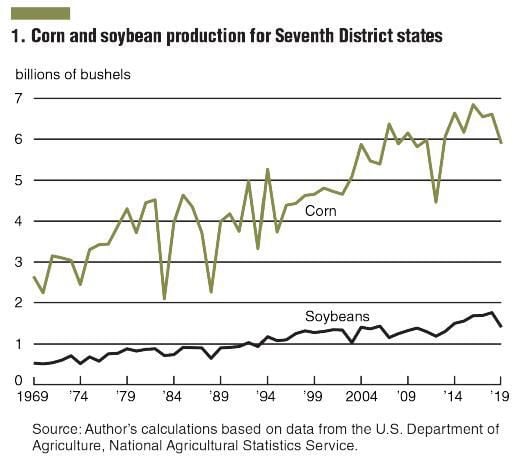 In third-quarter 2019 agricultural-credit conditions for the district were yet again worse relative to a year ago. For the July-through-September period of 2019, repayment rates on non-real-estate farm loans were less than a year earlier. The index of loan-repayment rates was 70 in third-quarter 2019; 2 percent of responding bankers observed increased rates of loan repayment than a year ago while 32 percent observed reduced rates. 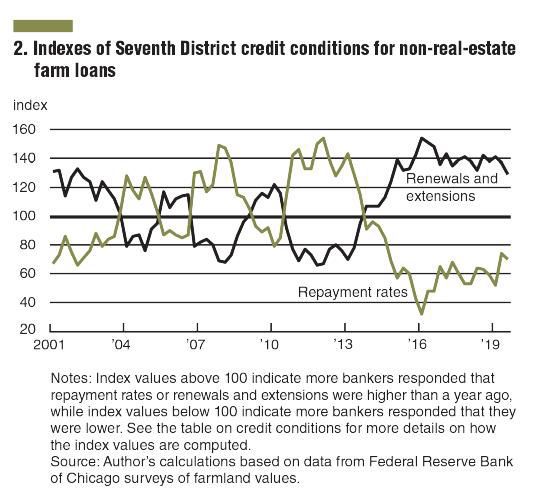 Furthermore renewals and extensions of non-real-estate agricultural loans increased in third-quarter 2019 relative to the same quarter of 2018, with 30 percent of responding bankers reporting more of them and just 1 percent reporting fewer. For six straight years repayment rates for non-real-estate farm loans have been less each quarter relative to the same quarter of the year before. Loan renewals and extensions have increased.

Stronger demand for non-real-estate farm loans compared with a year ago was exhibited in third-quarter 2019. That marked the 24th-consecutive quarter – six years in a row – with such loan demand. Even so the index of loan demand slipped to 115 in third-quarter 2019, as 30 percent of survey respondents noted increased demand for non-real-estate loans than a year earlier and 15 percent noted less demand.

The availability of funds for lending by agricultural banks was more than a year earlier for the first time since second-quarter 2017. The index of funds availability increased to 103 in third-quarter 2019 – 12 percent of survey respondents indicated their banks had more funds available to lend than a year ago and 9 percent indicated their banks had less. With funds availability better relative to a year ago, the district’s average loan-to-deposit ratio retreated a bit from this past quarter’s record, decreasing to 78.8 percent. The gap between the average loan-to-deposit ratio and the average level desired by responding bankers widened to 4 percentage points.

Seventy-six percent of survey respondents predicted district farmland values to be stable in fourth-quarter 2019, 18 percent predicted them to decrease and 6 percent predicted them to increase. More respondents anticipated farmers to have weaker rather than stronger demand to acquire farmland this fall and winter compared with a year earlier. But the survey results showed the opposite for non-farm investors. Additionally respondents expected an increase in transfers of agricultural properties; 31 percent of responding bankers forecasted an increase in the volume of farmland transfers relative to the fall and winter of a year ago, while 17 percent forecasted a decrease.

Prospects for dairy operations looked slightly better, particularly as there were more survey respondents in Michigan and Wisconsin who anticipated better net earnings for dairies this fall and winter relative to a year ago than those who anticipated decreased net earnings.

Survey respondents expected loan-repayment rates to decrease this fall and winter from a year ago. Just 6 percent of responding bankers forecasted an increased volume of farm-loan repayments during the next three to six months compared with a year earlier; 33 percent forecasted a lesser volume. In addition forced sales or liquidations of farm assets owned by financially distressed farmers were anticipated to increase in the next three to six months relative to a year ago, according to 54 percent of the responding bankers. Only 2 percent anticipated a decrease.

The district's non-real-estate farm-loan volume in the October-through-December period of 2019 was expected to increase com¬pared with the same period of 2018. Similarly the volume for district farm real estate loans was predicted to be more in fourth-quarter 2019 than a year earlier.

One responding banker from Indiana observed “an overall sense of unease among our farmers.” Furthermore a survey respondent from Illinois commented on “trade issues causing most of the uncertainty and stress” among local bank customers. Though the farm sector is facing some volatility, current conditions could provide opportunities for some. The Indiana banker wrote, “I expect this market will eliminate highly leveraged operators and allow others to expand their operations.” 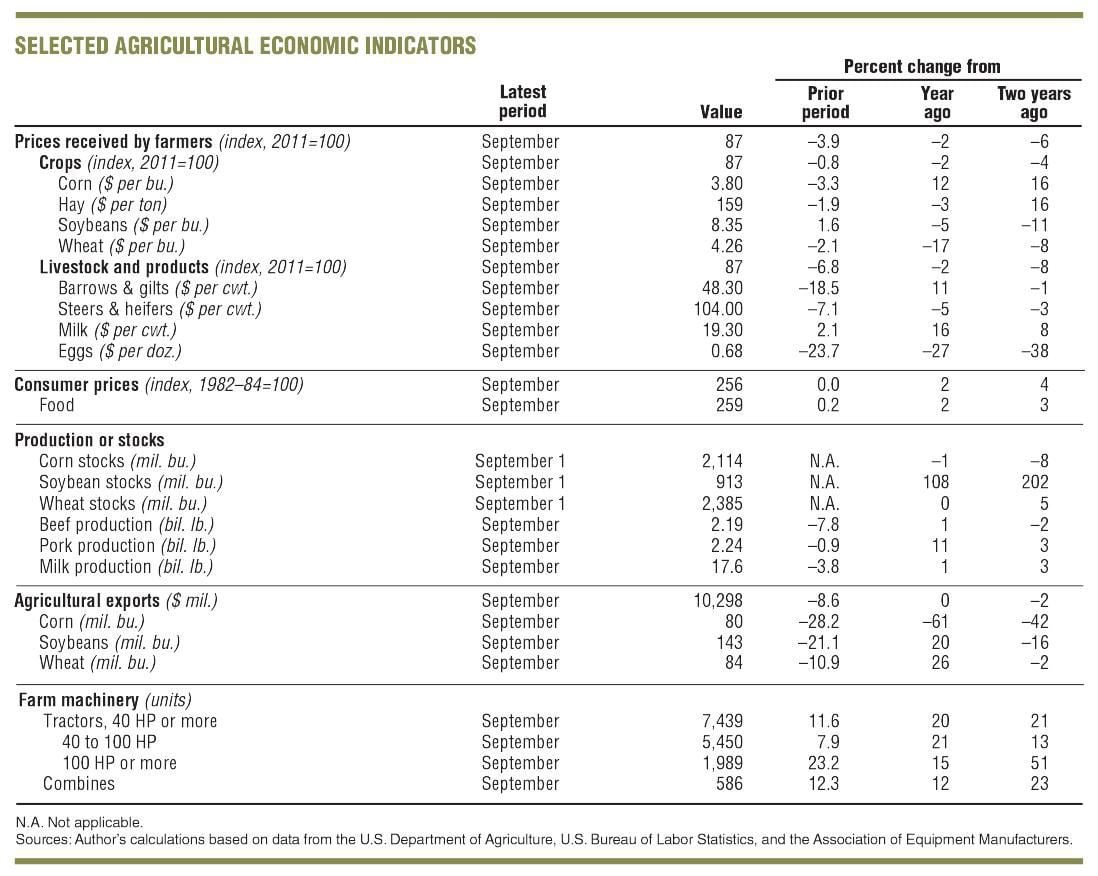 David B. Oppedahl is a senior business economist with the Federal Reserve Bank of Chicago. Visit www.chicagofed.org for more information.