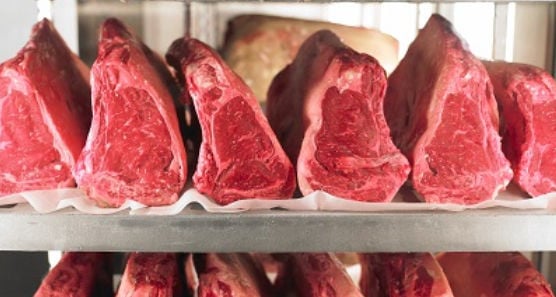 For 2020 the USDA estimates net exports of beef and veal will be equal to 2 percent of production.

In earlier posts we looked at the growing role of trade in global and U.S. crop production. The trends are mixed at the crop-level but across all major crops, global trade has clearly become more significant during the past decade. That left us wondering about the livestock sector. This week’s post considers the impact of trade in the United States for beef, chicken and pork.

Before jumping in consider information about the data.

Figure 1 shows the role of trade in U.S. beef and veal. Before 1990 net exports of beef and veal were negative, with the magnitude equal to -4 percent to -8 percent of production. Beginning at about 1990, a trend toward more exports began. By the early 2000s net exports were still negative, but the magnitude was smaller at -2 percent of production. Net exports plummeted in 2004 after the December 2003 confirmed case of bovine spongiform encephalopathy. That shut the United States out of many important export markets.

While it can be tempting to look at recent data and focus on net exports being positive or negative, it’s essential not to lose sight of the bigger picture. During the past three decades a rapid shift toward more exports has been underway. 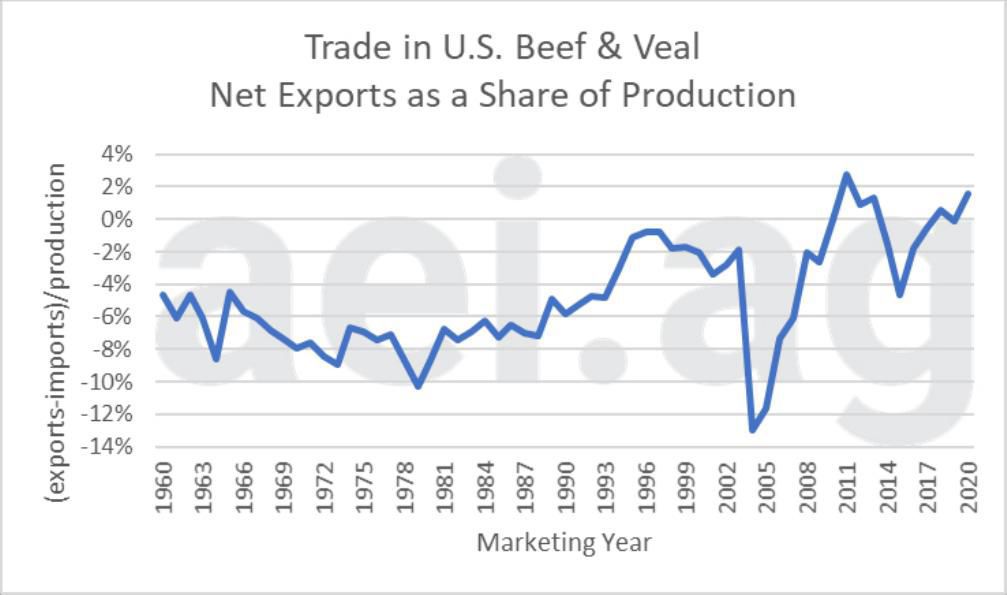 Figure 2 shows U.S. chicken net exports as a share of production. The USDA first started reporting those data in 1999. Overall the United States imports little chicken. Net exports have been equal to 15 percent to 20 percent of U.S. production. For a reference point, the USDA estimates corn exports to equal 13 percent of production for the 2019-2020 marketing year. 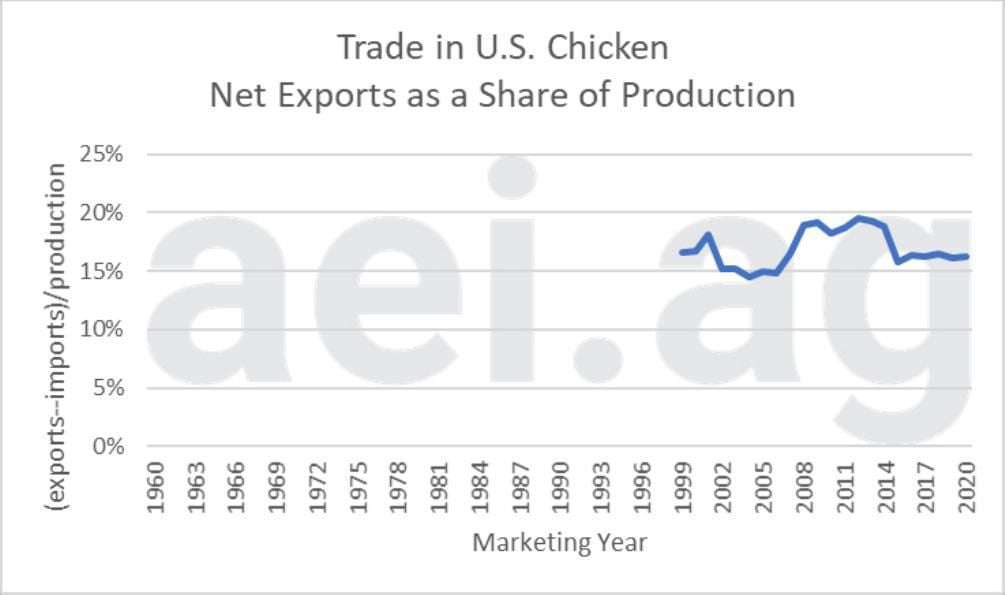 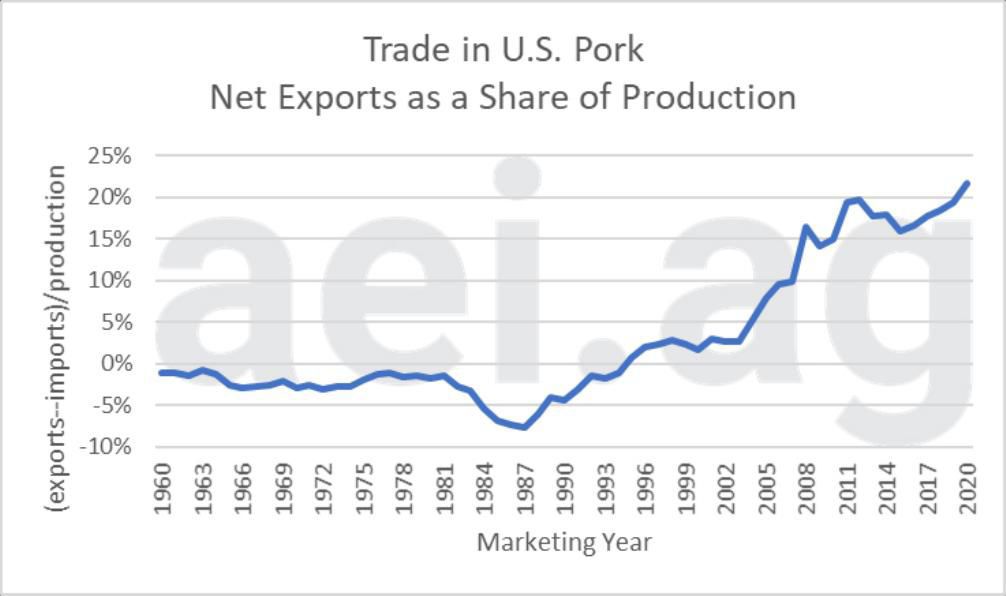 During the past three decades a structural shift toward more exports of beef and pork has been underway. Before the 1990s the United States imported more beef and pork than it exported. But since 1990 net exports as a share of production has increased.

While the trend has been toward more exports, the magnitudes vary. For beef and veal, 2020 net exports are estimated at 2 percent of production. For chicken at 16 percent and pork at 22 percent, net exports account for a much larger share of production.

It’s no secret that trade can be an important source of growth for a sector. For example in an earlier post we noted that beef consumption in the United States has been extremely lackluster – 0.2 percent annually between 1990 and 2016.

Looking ahead, trade is at the front of everyone’s mind. That’s especially the case as U.S. livestock producers hope for even more exports in light of China’s African swine flu challenges.