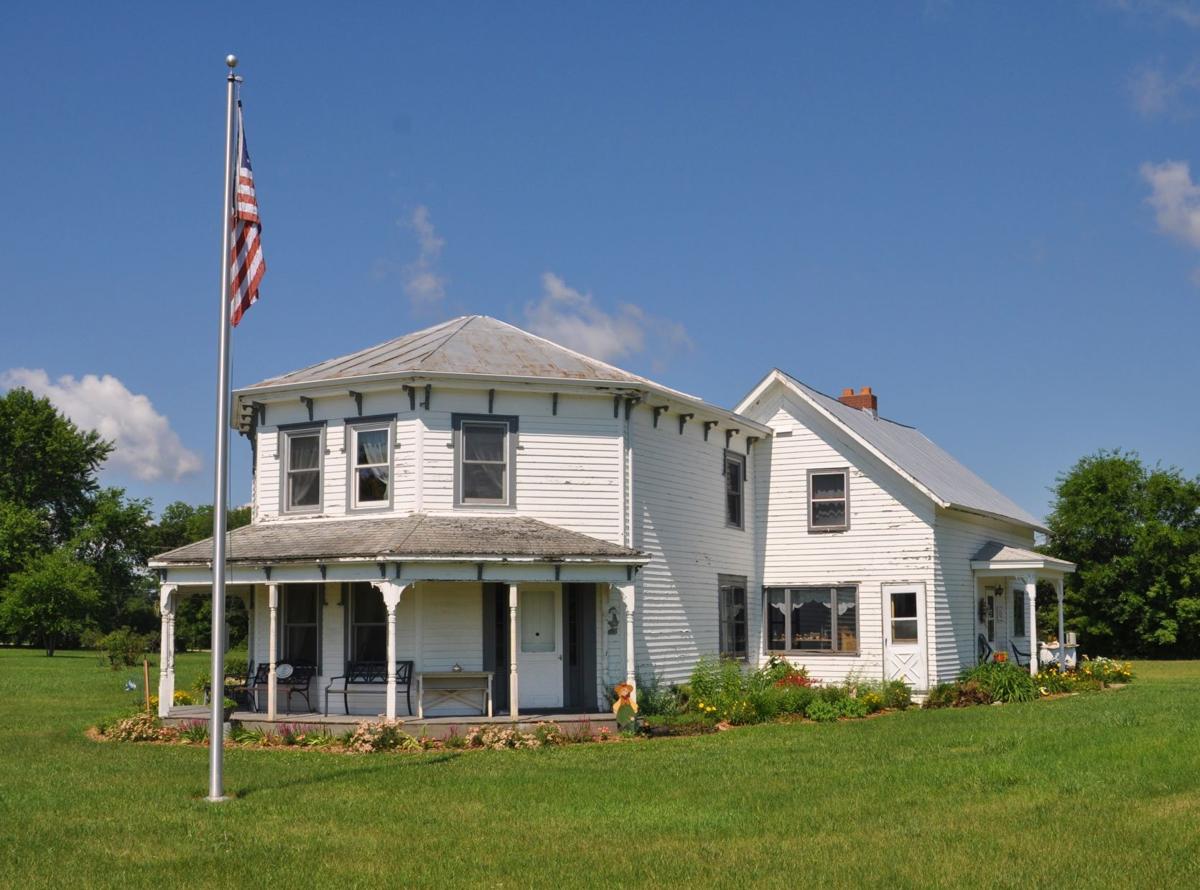 The Monroe Palmer house serves as a museum in Neshonoc, Wisconsin. It was one of two octagonals in Neshonoc owned by brothers; it was moved to West Salem and then back to Neshonoc. 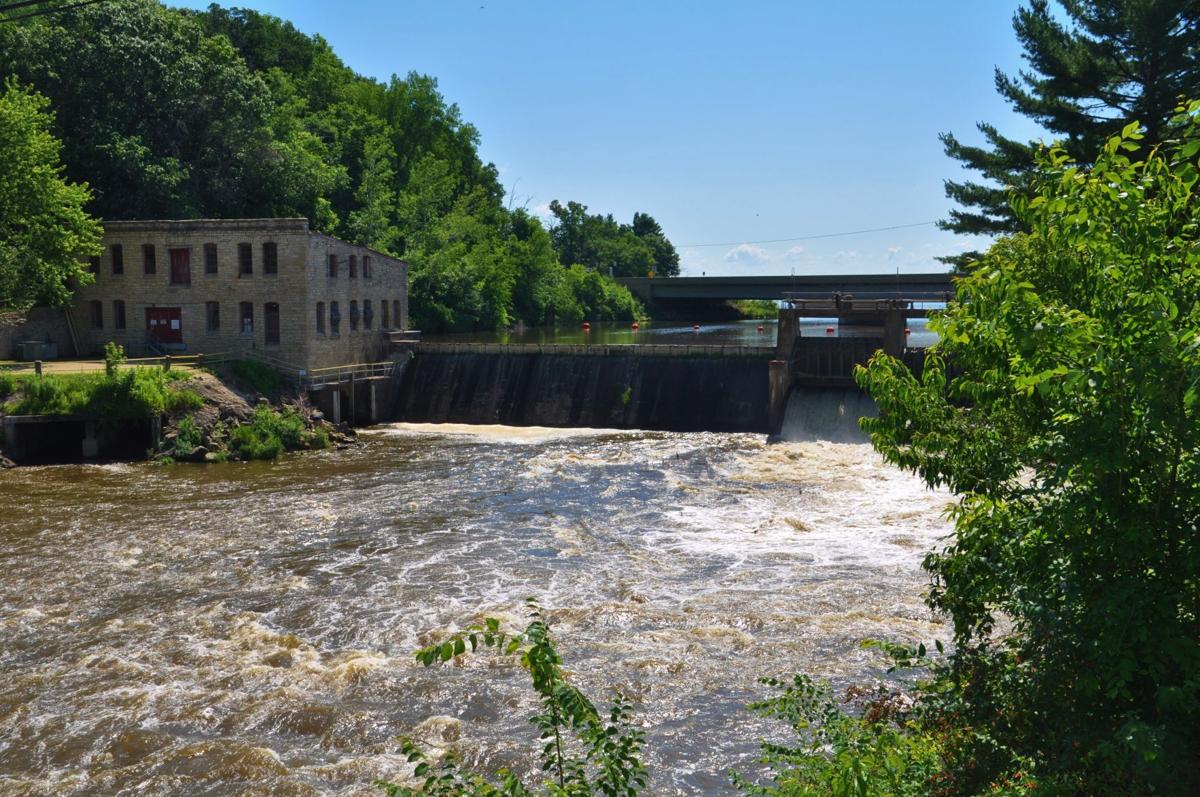 The Neshonoc Dam is still in use as a power plant. Above the dam is a large lake popular for fishing. 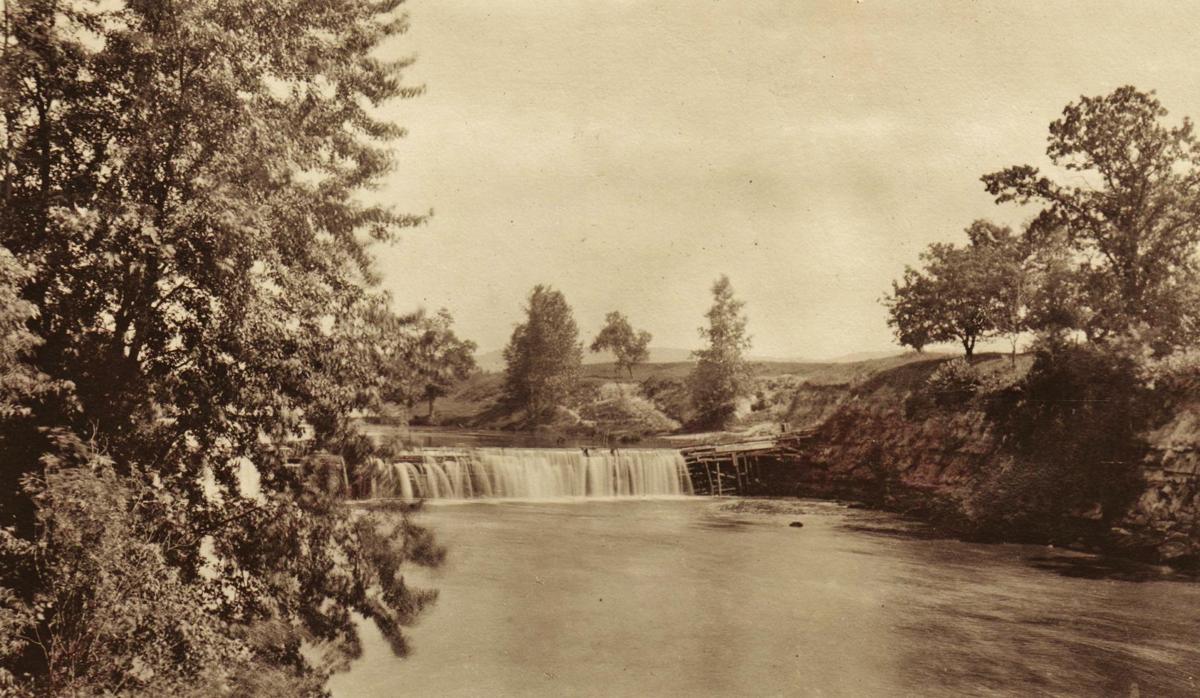 The Neshonoc Dam is seen in 1920. The site was first used for a sawmill.

WEST SALEM, Wis. – The village of Neshonoc was one of those towns whose fate was decided by the railroad. But its long legacy of providing power, first for milling and later for electricity, still services the area. The residents of the town, along with many of its buildings, moved to nearby West Salem – so the town never really died; it just relocated.

Enfin Enfinson was the first to the area in 1850, followed in the next year by several other families – most notably Thomas Leonard as well as Monroe Palmer and his brother Horace Palmer. The Palmers were from a family of builders who specialized in mills. They had several patents for milling appliances, so it was inevitable they would build a pond and mill using the water from the La Crosse River.

The first mill on the site was used for sawing logs and grinding wheat, a major commodity at that time; the pond dam was built from walnut trees found in a nearby grove. By 1855 the mill was doing a booming business and the village of Neshonoc was platted out, with an ambitious 18 blocks and 147 lots covering 15 acres.

By that time there was a hotel, a carriage maker, at least one store, a tavern and a blacksmith. A post office was established, with mail riding a steamboat from Prairie Du Chien to La Crosse and then carried by foot by whomever was heading to Neshonoc. Religious services were held in cabins for the Methodists, in the tavern by a missionary preacher from La Crosse and in a store for the Scots Presbyterians.

Because of its location in the center of La Crosse County, with plenty of limestone for building, plenty of room for expansion and nearby rich land for farmers, an application was made to make this rising star the county seat. However political alliances in La Crosse, and the fact that La Crosse lay along the Mississippi River where steamboats docked, caused Neshonoc to lose the vote.

In 1858 the railroad made its way across Wisconsin headed for the Mississippi and it needed a place to pass through the area. Thomas Leonard, who had bought land a mile to the south of Neshonoc, offered 10 acres of free land to the Milwaukee and La Crosse Railway. Meanwhile the people in Neshonoc wanted between $30,000 and $40,000 for their land. Leonard also generously donated land for three churches – so that’s where the rail line went and people moved their buildings to the new town of West Salem.

Two of the homes that were moved were the octagonal houses owned by the Palmer brothers. Those unique homes were a novelty during the 1850s, touted as simplistic styling that rendered them easy to build, heat and light. The two houses consisted of oak beams and brick linings with sawdust insulation. Horace Palmer’s house took three weeks to move the 1-mile distance while the family continued to live in the house; it still stands there. Monroe Palmer’s house was moved in 2007 back to Neshonoc, where it now functions as a museum.

In 1876 a large February snowfall followed by a thaw caused the La Crosse River to flood and threatened the bridge over the river.

“A rope was fastened to the north end of the bridge and it was floated around west of the road where it settled down on the land without injury when the water subsided,” reported the local paper.

The mill survived thanks to some fast thinkers who built a false dam with logs and marsh hay. Although the lower floor flooded, the men were able to safely move the wheat to an upper floor. The cooper’s shop that provided barrels for the flour washed away; flour barrels were found in nearby trees.

It wasn’t long after the big flood that a cover was built for the bridge. It remained in service until 1921, being one of the last of its kind in Wisconsin.

The mill was rebuilt in 1891 but was destroyed two years later by a fire that started in a furnace pipe. In 1895 the mill was bought by Alex McMillan, who had large interests in the grain trade and whose niece married into the well-known Cargill family. McMillan built a power plant to replace the grist mill. It cost $1.25 a month for a home to use eight lights with the new electrical power and $1.67 for 20 lights.

The year 1940 brought a new dam with a 14-foot head and two tainter gates, flooding a total of 1,000 acres. It produced 75 kilowatts of power, servicing 900 patrons. The plant is currently still in use; it and the octagon house are the only remnants of the small village of Neshonoc.

As an interesting side note, not far from Neshonoc was the boyhood home of George Taylor. He was the first black person to run for president of the United States, in 1904 on the Negro ticket.

The red star marks the location of Neshonoc, Wisconsin.

The Monroe Palmer house serves as a museum in Neshonoc, Wisconsin. It was one of two octagonals in Neshonoc owned by brothers; it was moved to West Salem and then back to Neshonoc.

The Neshonoc Dam is still in use as a power plant. Above the dam is a large lake popular for fishing.

The Neshonoc Dam is seen in 1920. The site was first used for a sawmill.