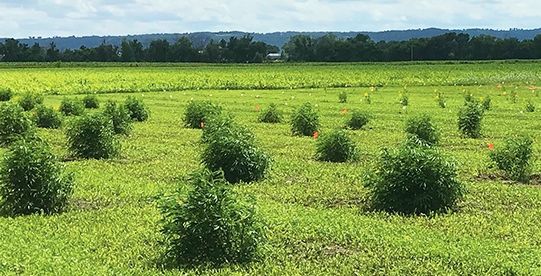 Twenty acres of hemp for the production of cannabidiol grow on the farm of Patrick McHugh near La Crosse, Wisconsin. Plants are widely spaced to reduce pressure from insects and plant diseases. 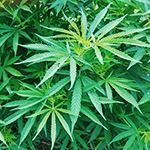 Hemp grown for cannabidiol production must be pinched or topped to encourage multiple flowers.

Twenty acres of hemp for the production of cannabidiol grow on the farm of Patrick McHugh near La Crosse, Wisconsin. Plants are widely spaced to reduce pressure from insects and plant diseases.

Hemp grown for cannabidiol production must be pinched or topped to encourage multiple flowers.

Editor's note: This article is part one of a three-part series featuring the marketing and agronomic considerations involved in growing hemp for production of cannabidiol – CBD.

Hemp is a wild new frontier for American farmers. With it only recently legalized, farmers, marketers, processors and researchers are scrambling to determine best practices and develop reliable supply chains. That has been especially true for hemp harvested for cannabidiol – CBD.

Cannabidiol is a form of Cannabis sativa with reduced levels of tetrahydrocannabinol – THC – the psychoactive compound in marijuana. Cannabidiol has received a great deal of attention for its pain-relieving properties. But the U.S. Food and Drug Administration cautions that dosing, drug interactions and other questions about cannabidiol have yet to be answered. The FDA announced in May that “under current law, cannabidiol and tetrahydrocannabinol can’t lawfully be added to food or marketed as a dietary supplement.”

While cannabidiol works its way through the federal arena, many states such as Wisconsin are issuing licenses to grow industrial hemp and hemp for cannabidiol. Patrick McHugh has a certified-organic farm near Onalaska, Wisconsin. He grew 40 acres of hemp for cannabidiol in 2019. It was featured at a summer field day hosted by the Midwest Organic and Sustainable Education Service along with the Organic Grain Resource and Information Network.

McHugh said he used hemp as an additional crop in his rotation, as well as for the challenge of producing it. Production costs range from $5,000 to $10,000 per acre so it’s important to know risks involved in production as well as marketing.

“If I have good-quality hay I have no trouble finding buyers,” he said. “If I produce a good-quality product people will be pounding on the doors.”

But finding markets for hemp for cannabidiol can be complicated. Because it’s such a new crop it doesn’t have the infrastructure of established commodities. Farmers need to be more proactive in their marketing. Jay Fentress, hemp co-director at Higher Yields Consulting, recommends farmers make early connections with people and look for good prices.

Carefully review contracts. There have been some bad actors in the hemp market, according to F.L. Morris and Steve Acheson of South Central Wisconsin Hemp Cooperative. They’ve seen contracts from companies backed by venture capital that assign all risks to the farmer.

“The narrative that you shouldn’t plant anything until you have a contract to sell puts all the power in the processor’s hand,” Morris said.

Contracts sometimes contain vague language indicating the processor will pay market value for the crop at the end of the growing season. But the contracts don’t always set parameters for what market value could mean. Other contracts have the processor taking 40 percent to 60 percent of the biomass as payment for processing the rest of the crop.

Contracts are inappropriate in states such as Wisconsin where farmers are in their first or second year of growing the crop, said Joe Rivas, president of Rivas International. He’s building cannabidiol brands for treating post-traumatic stress disorder for veterans. Rivas plans to have contracts with growers once they have track records and have built relationships.

Farmers interviewed advise against accepting the first contract offered; producers should compare what’s offered by each company. Because of the promise of huge profits the industry has attracted people who might not have a farmer’s best interests in mind. Be cautious and seek arrangements that share risk between all parties.

“We want to flip that on its head and give power to the farmer,” he said.

Acheson, Morris and a small group of farmers organized the South Central Wisconsin Hemp Cooperative with help from the University of Wisconsin-Center for Cooperatives. The cooperative has made group-buys for seed, fertilizer and irrigation equipment. That has helped farmers to access genetics that wouldn’t have been available to them as individuals due to large minimum-purchase requirements. Group buys also are available to non-members.

This article was originally published by the Midwest Organic and Sustainable Education Service's "Organic Broadcaster."

Chuck Anderas is an organic specialist working with the Midwest Organic and Sustainable Education Service. Visit mosesorganic.org or call 888-906-6737 for more information.