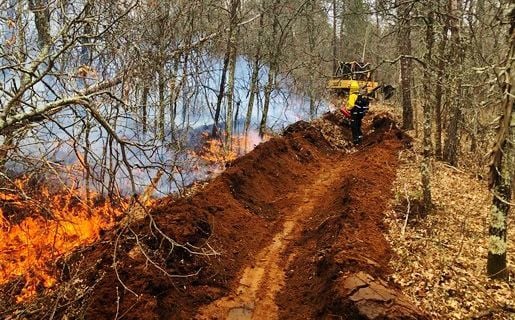 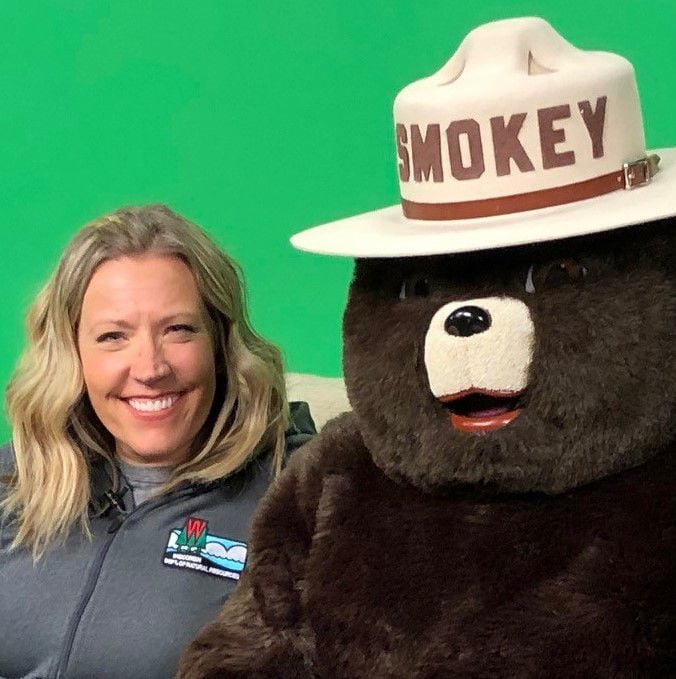 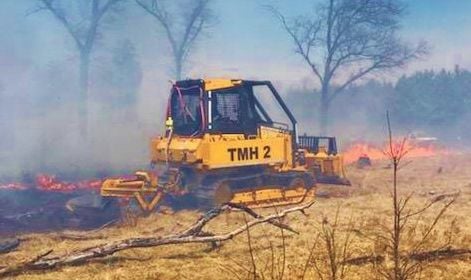 Firefighters plow a fire line to bring a April wildfire under control in Juneau County, Wisconsin.

Firefighters plow a fire line to bring a April wildfire under control in Juneau County, Wisconsin.

April showers bring May flowers. But this year there has been more wind than spring rain in many parts of Wisconsin. That wind combined with fuel like dry grass and a spark can fan deadly flames that destroy lives and property.

Cooler temperatures and a lack of rain mean a slowing of green-up across the northern half of Wisconsin, according to the Wisconsin Department of Natural Resources. Wildfire season remains active statewide; areas where vegetation appears to be green continue to have dry fuel.

Wisconsin has had about 130 wildfires in DNR-protection areas in May alone. Debris burning is the No.1 cause of those wildfires. The largest wildfire this season was a 234-acre wildfire April 18 in Juneau County; aircraft played a critical role in slowing the spread of the fire so ground resources could reinforce containment lines. 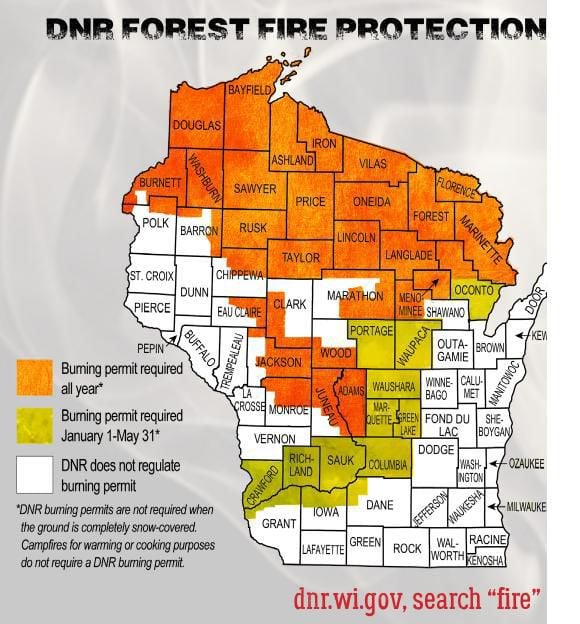 In April there were more than 150 wildfires. Dry conditions, winds, a lack of humidity and a large amount of ready fuel led Gov. Tony Evers to issue an executive order in late April, declaring a state of emergency in response to elevated wildfire conditions. The order allows the state to mobilize the National Guard to assist in fighting wildfires. And the suspension of burning permits eliminates ignition sources on the landscape.

“Our first priority is protecting the people of Wisconsin and this executive order helps us control existing wildfires and use all available state assets to prevent new ones from starting,” Gov. Evers said. “With the Wisconsin National Guard, we’ll have the resources we need to appropriately assist in potential wildfire response and recovery efforts.”

An April fire in Juneau County burned more than 200 acres, threatened structures and caused part of the area to be evacuated. That fire was caused by someone burning debris in a campfire ring. According to the DNR more than 98 percent of wildfires in Wisconsin are caused by people.

The large amount of fuel from windstorms in 2019 adds to the fire danger. Fuel like dead wood and grass can dry quickly, sometimes becoming a fire hazard in minutes when exposed to wind and decreased humidity. All burning permits continued to be suspended in all permit areas.

“Calling out firefighters exposes them to risks of getting COVID-19,” said Catherine Koele, DNR fire-prevention specialist. “Firefighters responding to wildfires travel all over the state and have to congregate while fighting fires. Smoke inhalation increases the risk of COVID-19 complications.”

There are areas of the state of particular concern for wildfires, she said – the Central Sands, the Adams- and Juneau-county area, and the Northwest Sands.

“We also have areas of storm damage,” she said. “Polk, Barron and Burnette counties have extra fuel on the ground from storms. There is a high risk from storm damage in Langlade and Oconto counties where there is a lot of downed vegetation from straight line winds last July. If fire starts it’s difficult to attack there; the fuel load is so thick and access is a problem.”

Most volunteers serving in the Wisconsin National Guard live in Wisconsin; they’re putting themselves in harm’s way to help. That is also true of members of volunteer fire departments. During the pandemic everyone is being asked to pull together for the public good.

“This is a unique situation,” Koele said. “The ultimate goal is public safety and firefighter safety. So rake leaves and clean up, but please hold off on burning.”

Visit dnr.wi.gov and use keyword “fire” for more information and to check fire conditions. 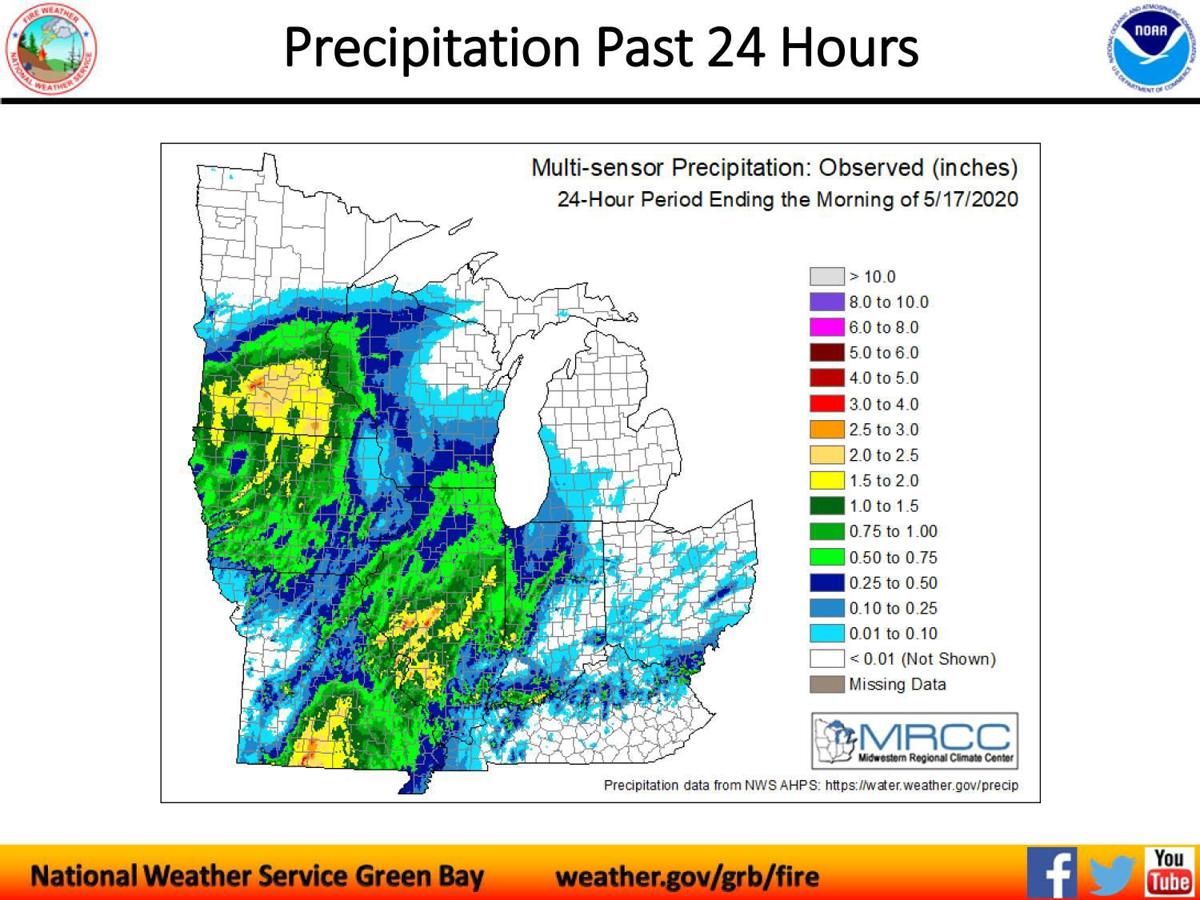 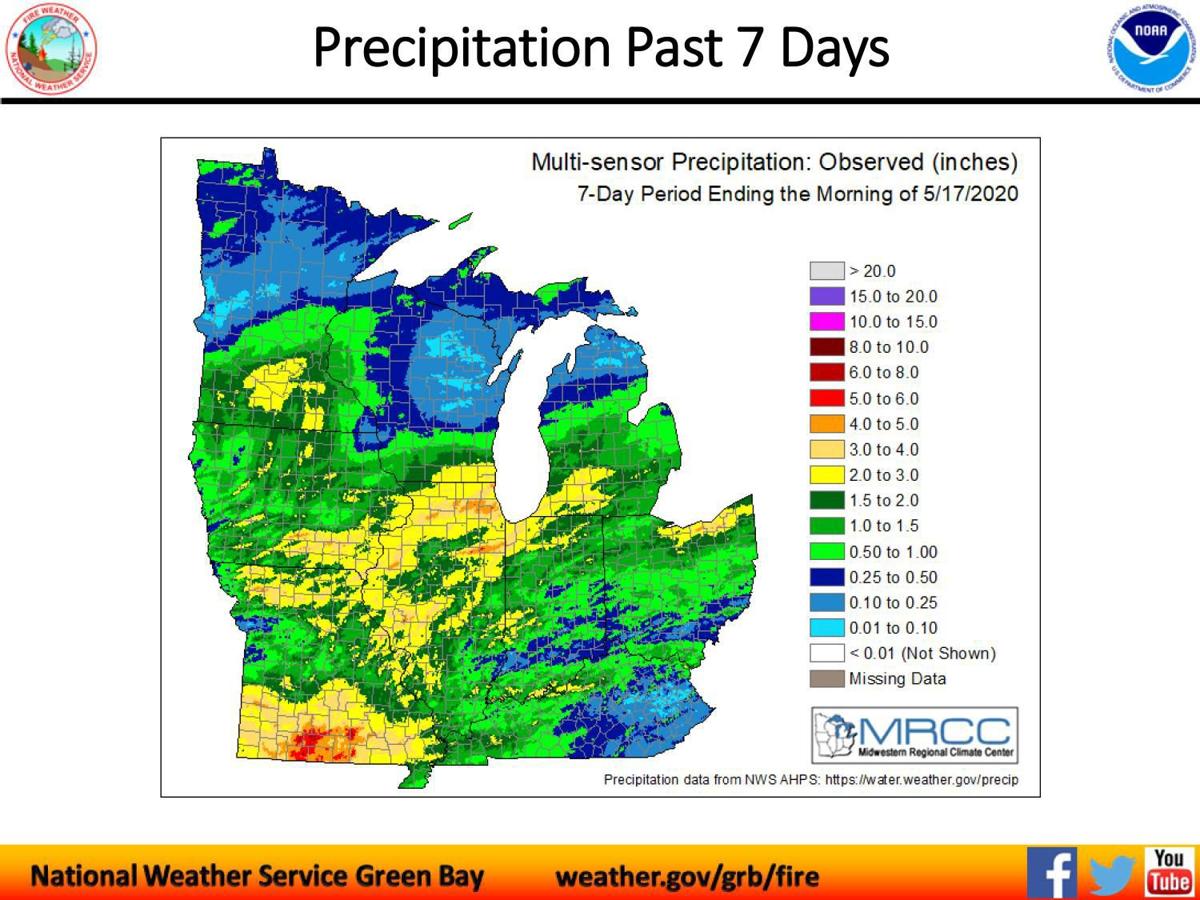 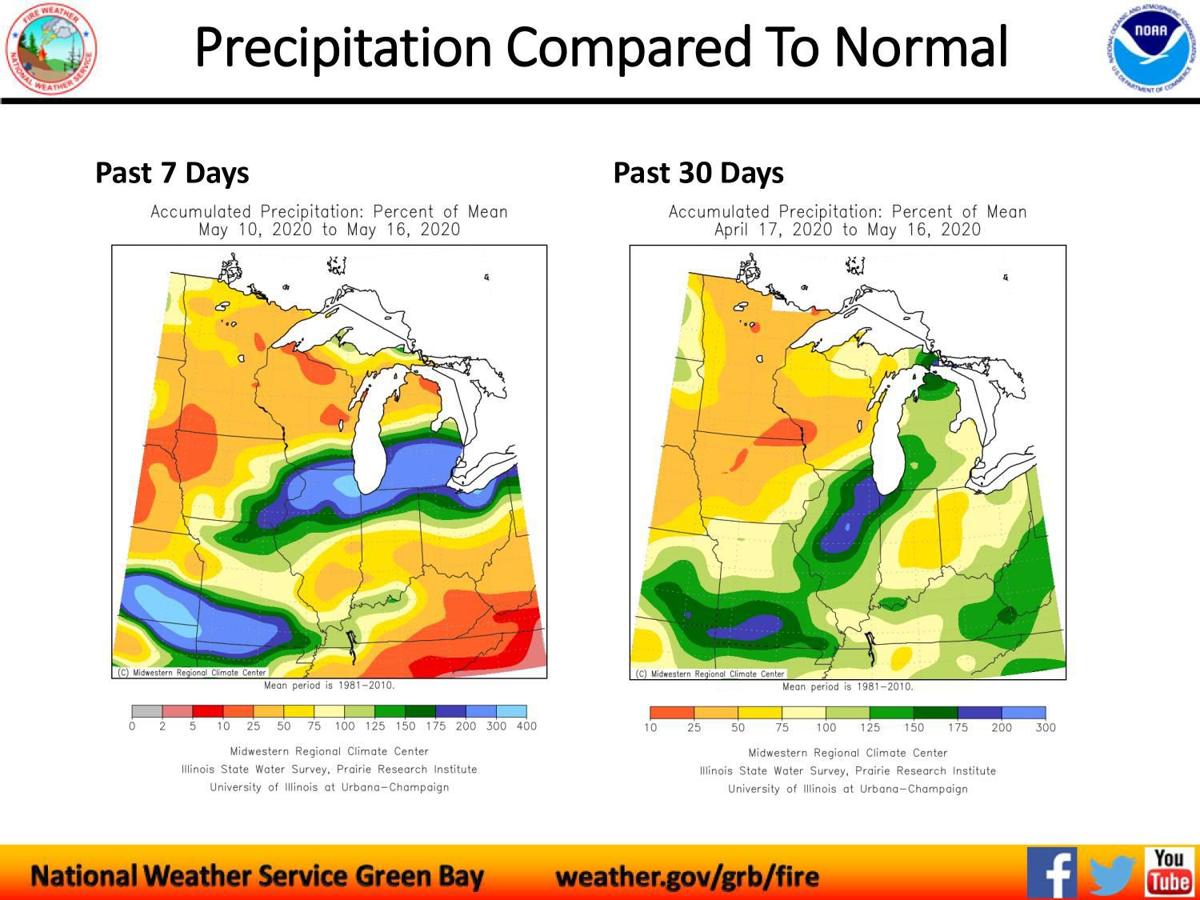 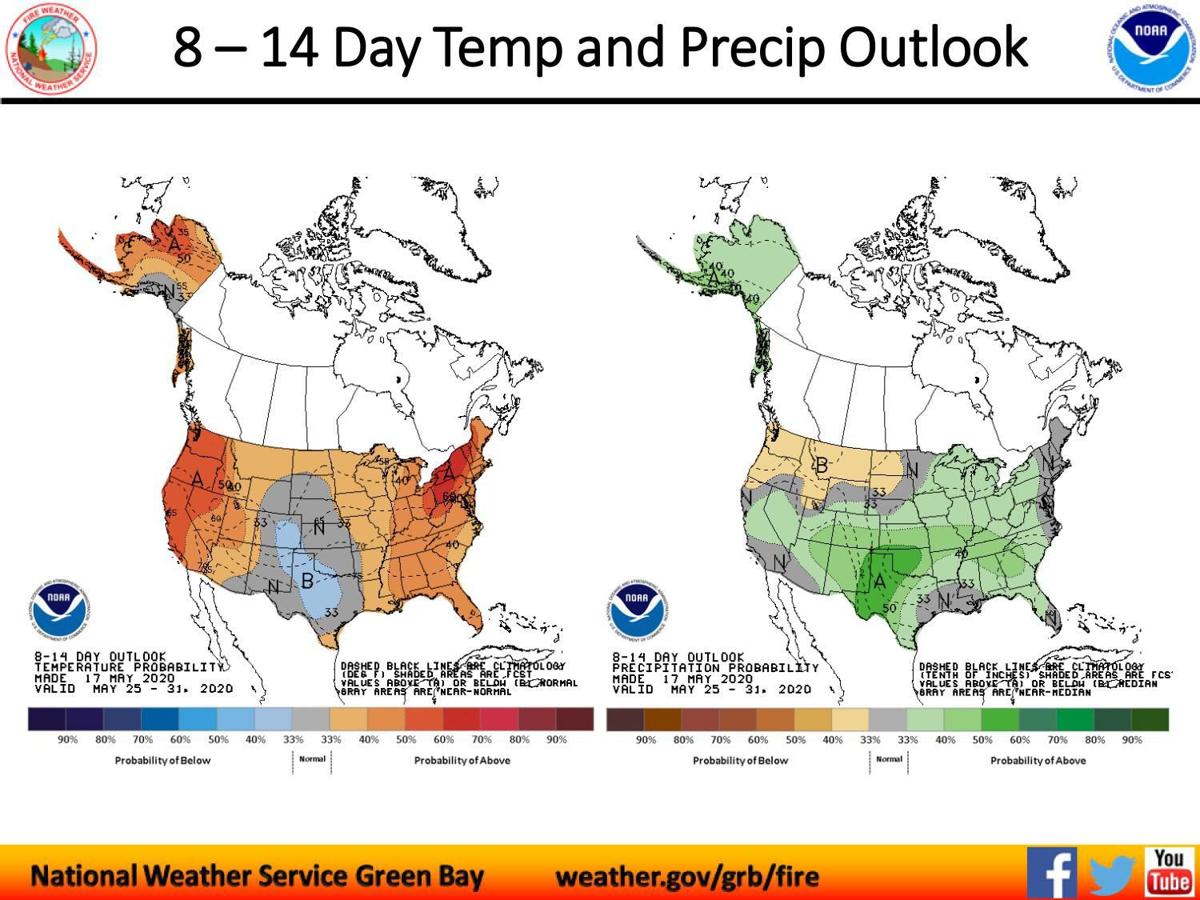