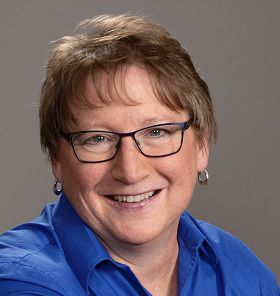 Deciding when to calve beef cows in Wisconsin depends upon two things.

Cows and bulls decide their calving seasons when they live with each other year-round. Their owners then gather calves once per year and send them to market, taking the price given.

Cow-calf producers usually manage herd breeding to target a calving season. The targeted calving season in turn helps producers reach a market date for the animals they raise, while capturing a price that’s greater than their cost of production. Examination of trends reveals a seasonality of the beef markets.

“Cattle prices, influenced by changes in cattle slaughter, supplies of other meat and poultry products, demands for cattle for feeding or grazing, and consumer demands for beef, vary over the course of a year,” said Lee Schulz, economist for Iowa State University and Extension Outreach. “If these changes are repeated from year to year, there may be seasonal patterns of price changes that are somewhat consistent and predictable. Different classes of cattle have somewhat different seasonal patterns of marketing and prices.”

Two kinds of information are reflected in the seasonal-price indexes.

The 2009-2017 indexes illustrate that the lowest index for fed steers — finished cattle — occurred in December, with the greatest in April. Calving season influences the ability to make a finished weight in April. But the finished steer’s weight will depend on frame score, muscling and feeding-management program.

In his 2011 white paper, “Animal Age, Physiological Maturity, and Associated Effects on Beef Tenderness,” J. Daryl Tatum of Colorado State University stated that “in grain-fed beef-production systems, beef calves — steers and heifers — typically are reared on pastures with their dams until they are 5 to 8 months old. After weaning calves either are placed in feedlots immediately for grain finishing as ‘calf-feds’ or grown for a period of time on forage-based diets until they are 12 to 18 months old, before placement in feedlots for finishing as ‘yearlings’ or ‘long-yearlings.’

The least 500-to-600-pound feeder-calf price occurred in October, with the best average index occurring in March. Benchmarks indicate the calf should be weaned at 575 pounds when it’s 205 days of age — 6.8 months. That benchmark indicates an average daily gain of 2.4 pounds for those calves weighing 80 pounds at birth. Calves need to be castrated or dehorned, weaned and preconditioned 45 days prior to selling in March.

Calves born in June or July could be weaned in January with the previously listed benchmarks and preconditioned to March. Alternatively June- or July-born calves could be weaned earlier at 4 months of age, at 450 pounds, and fed to gain 2 pounds per day for sale in March. It may be more economical for early-weaned calves to be housed and fed separately from their mothers.

The least 700-to-800-pound feeder-steer index occurred in February, and was best in July. June- to July-born calves gaining 2 pounds per day would weigh 700 to 800 pounds by the following July. The calving season may be determined after deciding how long the calf needs to nurse. The weaning date should be set to management’s abilities with strict attention paid to the nutritional and health needs of the weaned calf.

Consider when to breed

June-born heifer calves intended for the seed-stock market are ready for breeding in October of the following year. Confirmed pregnant by the proceeding January, they may then be sold to calve in June at 2 years of age. A benchmark goal is to have heifers pregnant by 14 months of age, calving with their first calf by 24 months of age.

Those selling finished cattle directly to consumers need to keep accessibility to butcher facilities in mind. Currently in Wisconsin there’s a shortage of local small processors. Access is greatly reduced during fair and deer-hunting seasons. Nutritional management must be critically timed to available butcher dates when harvesting 18- to 24-month old cattle during the busy season. Consider partnering with a butcher shop to harvest younger cattle January through July. Calf-feds are typically 12 to 16 months old at harvest.

Calve with the farm’s resources in mind

Complementing the farm’s resources is the second consideration for determining the calving season. Management techniques are then utilized to reach a market condition at a certain date. The calving season is often based upon the farm’s forage production — pasture, stockpiling and harveting for winter feed.

Other environmental aspects should be considered when setting the calving season.

Sage beef producers have been heard to say, “Calve on snow or on green grass; do not calve in the mud!” Two mud seasons occur in Wisconsin — when fall changes to winter and as winter gives way to spring. Particularly muddy months vary across the state.

Mud can be managed with proper attention to positioning calving areas on the best-drained slopes and using appropriate stocking density. Land Conservation and the Natural Resource Conservation Service have advisers and resources available to renovate barn lots, and to site and build areas that drain properly.

Keep in mind the unpredictability of “unseasonal” rain and snow events. Blizzards in April and intense rains are witnessed somewhere in Wisconsin every month. Even though those events are sporadic, plan for cattle comfort as well as feed inventory and delivery during such events.

Barns and maternity pens — sized to a minimum of 120 square feet per one calving cow — may be used during the calving season. Patrick Gunn, beef-cattle technical consultant with Iowa State University, cited previous research that found mothering, dam-calf bonding and colostrum intake reduced when the calving area decreased from pasture to a calving pen. Of calves lost at birth, 80 percent are “normal” and likely died due to delayed calving. Using a pen facilitates human intervention during difficult calvings.

Don’t house multiple cattle in maternity pens because that increases pathogen levels in that area. By definition a maternity pen holds one calving cow. Move a calving cow into a maternity pen when the water bag or feet of the calf are showing. Don’t move ahead of Stage II labor because it will interrupt progress, which is harmful for both calf and mother.

Move pairs out as soon as they have bonded, the calf is up and has nursed. Multiple heifer-maternity pens may be needed to hold heifer-calf pairs together longer. Sometimes heifers, especially after a difficult delivery, will need extra bonding time in order to learn mothering skills.

After each calving scrape the pen down completely; then lime and re-bed. Once the calving season is finished, or if possible during a break in the action, consider scrubbing the maternity pen. Don’t use a pressure washer because it will aerosolize germs throughout the building. Water, soaps and acid detergents with brushes or foaming devices are the tools needed to scrub the areas.

Keys to successful calf health include calves born into clean environments and living with stable similarly aged herd mates. When using the Sandhills Calving System of calving pasture and paddocks, all calving cattle start together in the first paddock. After two weeks those who haven’t yet calved move to the second paddock. Each subsequent week non-fresh cattle move to the next paddock. The first paddock is the largest; pairs are in it the longest. The result is multiple paddocks containing calves that are aged within one week of each other. The herd can be co-mingled back together once the youngest calf turns 8 weeks old.

David Smith of the department of veterinary and biomedical sciences for the Institute of Agriculture and Natural Resources at the University of Nebraska-Lincoln said, “Development of a ranch-specific plan for implementing the Sandhills Calving System must take place well in advance of the calving season, in some circumstances in consultation with a range specialist. Available pastures must be identified and their use coordinated with the calving schedule. Water, feed, shelter and anticipated weather conditions must be considered. The size of the pastures should be matched to the number of calves expected to be born in a given week. Use of the pastures must not be damaging to later grazing.”

Calculating the costs and opportunities for changing the time of calving will provide clearer decision making. That process is known as partial budgeting. A partial budget is a means to evaluate the expected impact on profit from relatively small changes in an operation.

Net profitability is calculated by subtracting the decreases in expected profit — C+D — from the expected increases — A+B.

Feed is the largest cost center. Hay costs may be reduced when more pasture is used. But additional costs are garnered by pasture improvement and fencing. A hay inventory is needed when pasture is dormant. Less pasture may be needed when calving in the winter, and may result in more hay to sell off the farm as well as reduced fencing costs.

A partial budget will give producers a number that shows the net profit or loss from a change. But a good manager then has other factors to consider before making a decision.

Management is key regardless of season

Matt Stockton, an associate professor with the agricultural-economics department at the University of Nebraska, summarized the determination of calving season.

“Consideration of an alternative-calving season is a complex decision,” he said. “The impact of this one choice of when to calve includes the consideration of many changes in management, resource usage and allocation, benchmark performances and marketing strategies.”

When defining success as having a calf survive its calving season and thrive to weaning, particular attention must be paid to the calving environment and to neonatal health practices. Calving equipment and supplies must be prepared before the first calf is born.

Dr. Sandy Stuttgen, veterinarian, has served since 2007 as an agriculture agent for the University of Wisconsin-Extension in Taylor County. Her programming has focused on dairy and beef nutrition, reproduction, facilities, bio-security and health.

Managing a calving season on snow in Wisconsin

Managing a calving season on grass

A successful calving season is defined and narrow

Seamann and Sons Windmill and Well Service. For all your