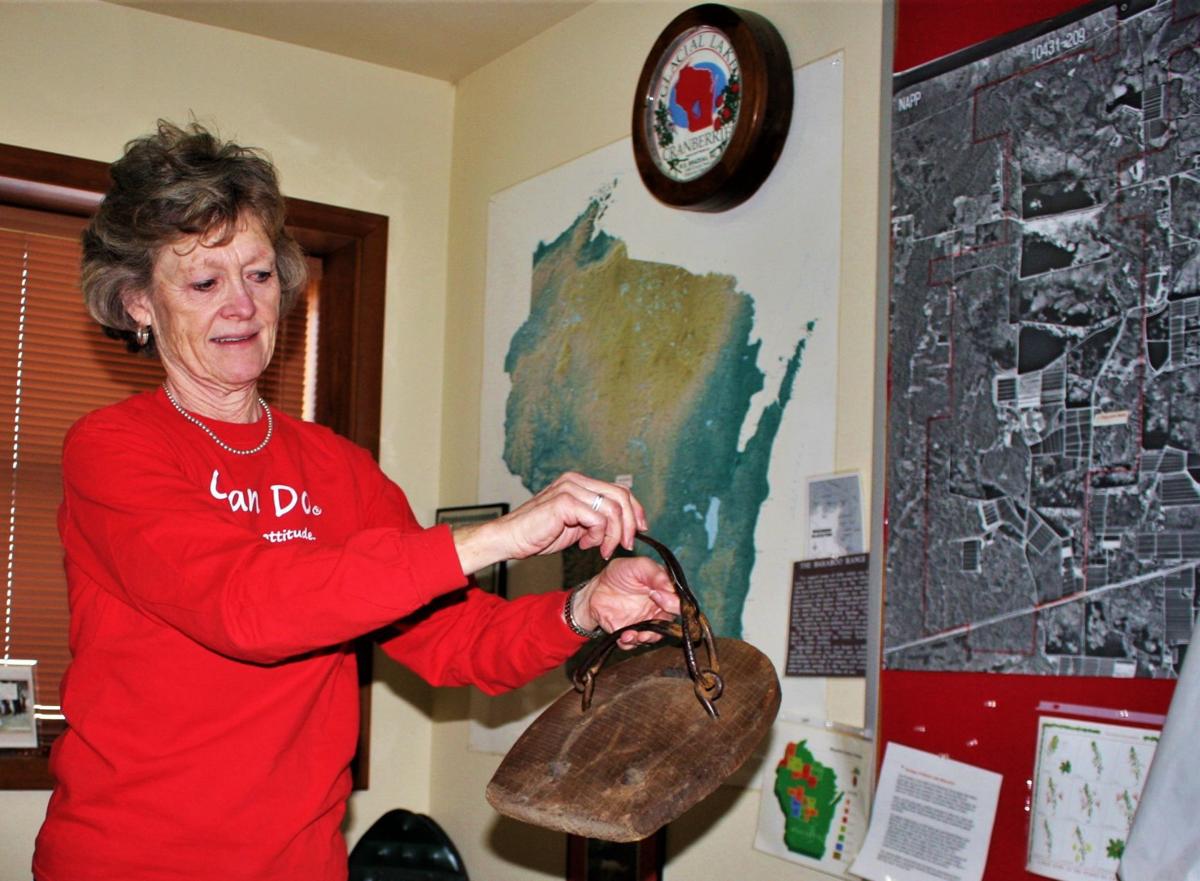 CRANMOOR, Wis. – The ancestral stories Mary Brazeau Brown has to tell leaves one with no doubt as to the origin of her drive to carry on the legacy of her diverse 6,000-acre property in Wisconsin’s Glacial Lake Region.

“It’s a cranberry system,” she said, describing the acreage that comprises her Cranmoor farm.

It all started with her grandfather riding the train from Wisconsin Rapids as a 12-year-old boy to work as a hand-picker during cranberry harvest. He eventually in 1923 bought the cranberry property.

Brown said she was also greatly influenced by her mother, Virginia.

“She was a great mother,” she said. “She made sure I went out and tested my flight feathers before I settled on the farm. I gained valuable life experience as a result.”

Mary Brazeau Brown’s father died when she was 16. When she graduated from high school, she decided she was ready to stay on the farm and be a part of it forever.

“It’s all I ever wanted to do,” she said with a smile. “Why do I need to go anywhere? Everything I need is right here.”

The first thing Brown’s mother insisted on was that Brown go to college. After she earned her horticulture degree in1974 from the University of Wisconsin-Madison, her mother insisted she still wasn’t ready.

So Mary traveled for a year around the United States.

“‘You need to test your flight feathers,’ Mom said. “So I moved to the Twin Cities and that’s where I met Phil.”

Phil would be her future husband. Three years later when Brown wanted to again return home, her mother required she do an interview with her uncle – who was involved in the business at the time – to see if she was qualified for the job.

“It was a real interview,” Brown said. “At the end he said he would let me know if I got the job.”

She was hired as a resident manager.

When she started working Brown said her mother told her, “Just because you are my daughter, don’t think I can’t fire you.”

Those lessons have guided Brown throughout her life, she said. When she created a concept in 2014 for a new cranberry product, “Honestly Cranberry,” it was a result of challenging times in the cranberry industry.

“We have to get off this playground,” Mary said. “It’s time to diversify even more.”

Honestly Cranberry is a dried-natural-cranberry product with one ingredient – cranberries. It’s a unique product that has even found its way into a local liquor store. There the dried berries are sold to be muddled and added to “Old Fashioned” drinks, among others such as the Moscow Mule.

Brown said she never wanted to stray far from her family’s farm in the heart of the Glacial Lake Region where her ancestral roots are. But because of her mother’s persistence she was able to broaden her horizons. Perhaps it was because of that persistence that she developed an open-minded approach to marketing the fruit that is such an important part of her family heritage. She shows her passion for her home area and her crop with great pride.

Greg Galbraith’s life has unfolded like a country song. He and his wife, Wendy, came from the city to buy themselves a farm. They did right by it, keeping it in grass from one end to the other and grazing colorful cattle on it for 30 years. After transitioning to organic production they sold the farm to a local dairy couple. Greg Galbraith kept a favorite tractor and other loves of rural life, including 20 acres of his grandfather’s original farm with a sugar bush and cabin. From there he will continue to write about the evolving rural landscape. Visit www.poeticfarmer.com for more information.