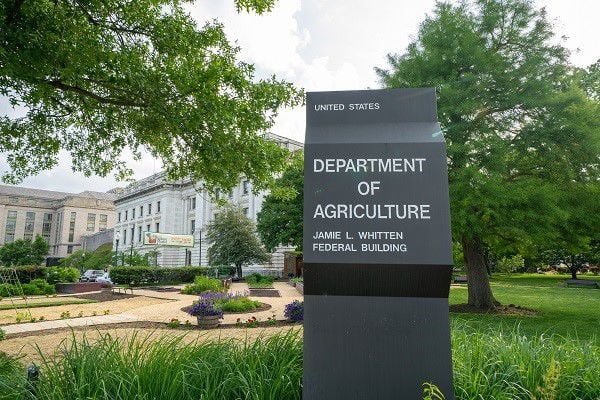 The U.S. Department of Agriculture recently announced the Coronavirus Food Assistance Program. Like the Market Facilitation Program, this is another ad hoc farm program that will sharply increase direct farm payments. This week’s post is a review of direct farm payments and a look at what might be in store for 2020.

Figure 1 shows inflation-adjusted direct farm payments since 1933 – in 2020 dollars. The jump in direct payments in 2019 grabbed a lot of attention but context is always important.

The first point to keep in mind is there is a base level of program payments between $10 billion and $15 billion. Before the trade war the Agriculture Risk Coverage, Price Loss Coverage and conservation programs accounted for most of the dollars spent. At about $4 billion annually, conservation spending was the largest category in the USDA’s February estimate for 2020. It edged out combined spending on Agriculture Risk Coverage and Price Loss Coverage.

To really dig into direct payments through time one should consider net government transfers. One way of thinking about direct payments is they act as a mechanism for offsetting a portion of the local and state-level property taxes that producers face. 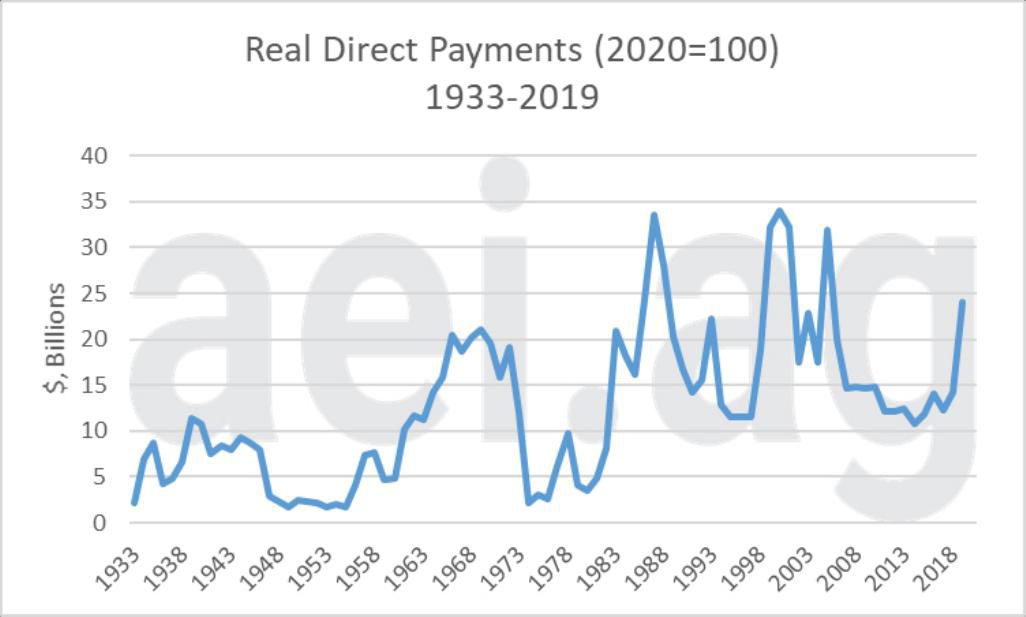 We previously noted producers should keep a similar measure in mind for their operations. Market Facilitation Program payments while helpful were ad hoc and not guaranteed in upcoming years. That made it important to consider the magnitude of such payments when evaluating financial performance in 2018 and 2019. As we look ahead that will likely be an important consideration for producers in 2020 as well. 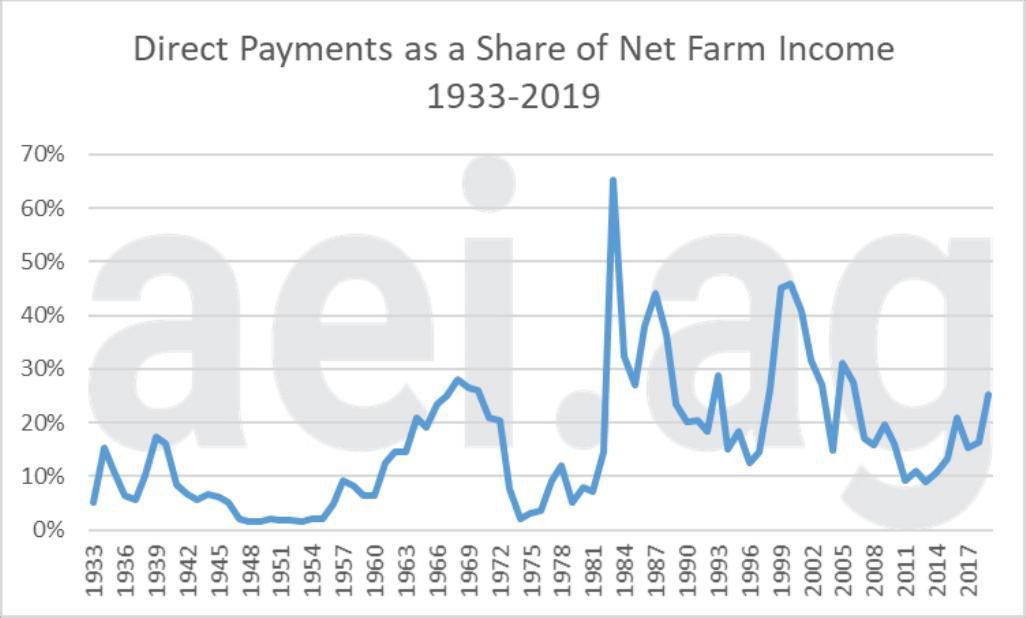 In February the USDA estimated $14.98 billion in direct payments to producers in 2020. That figure included $3.6 billion in Market Facilitation Program payments from 2019 production that was paid in 2020 – the final 25 percent was paid in early January.

Figure 3 shows direct payments through time, along with estimates for 2020. The first 2020 estimate, in orange, is the USDA’s February value. That now-outdated estimate would have represented a sharp decline from 2019 but a return to normal. In black is our May 2020 estimate of $30.98 billion – the USDA’s February estimate of $14.98 billion in addition to $16 billion from the Coronavirus Food Assistance Program. That’s to say that all signs point to direct payments in 2020 approaching record levels.

That said there are three considerations to keep in mind.

The USDA’s next update of the data will be in August. Between now and then it’s possible for some combination of Congressional and/or administrative action to result in new or expanded programs. To that point keep in mind that the Coronavirus Food Assistance Program in May did not include support for row crops raised in 2020. 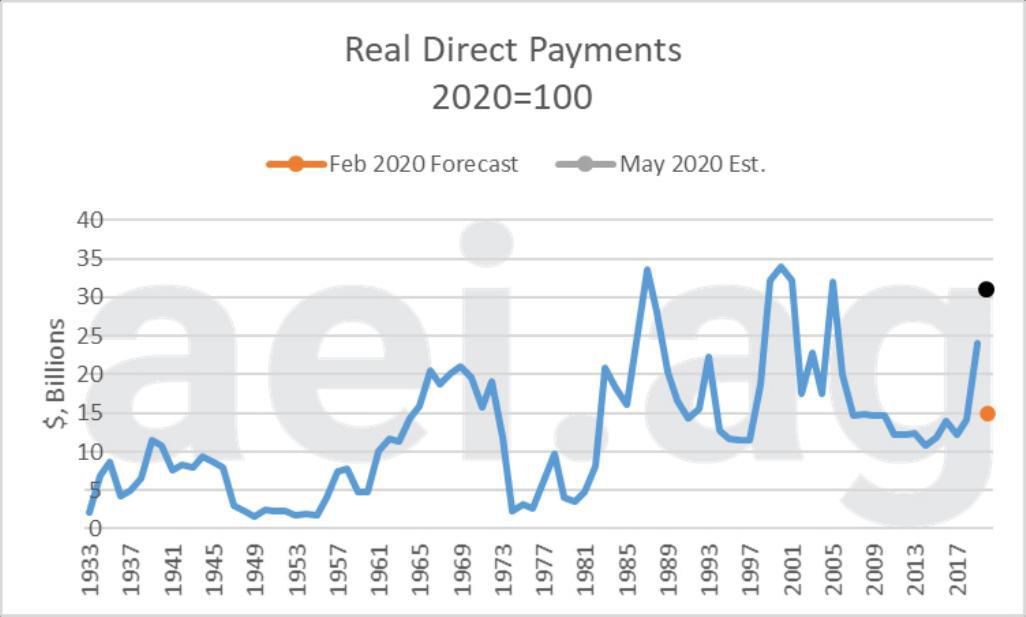 We’re not interested in debating the pros and cons of government support in agriculture. Furthermore we’re not arguing what an appropriate level of funding in 2020 should be. But it’s important to describe the facts of the situation. Direct farm payments have been an important source of financial support for farmers through the years. Those payments have typically increased during times of farm financial stress. Direct payments in 2020 are positioned to increase significantly, with additional programs and payments still possible. The possibility of direct payments hitting – or even exceeding – historic records underscores the challenges facing an already precarious farm economy.