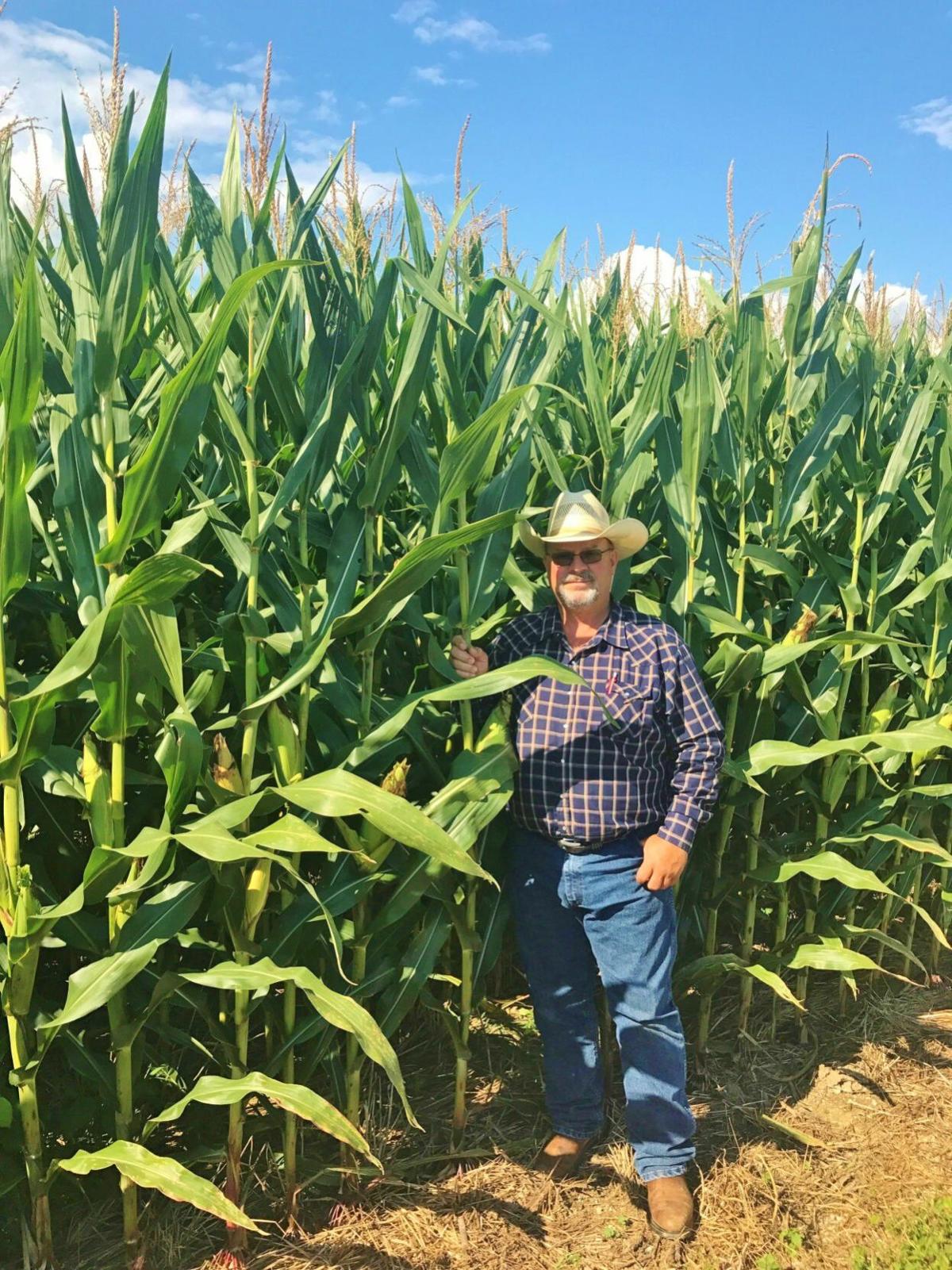 Every management decision Jimmy Emmons makes on his 2,000-acre beef and crop farm in Oklahoma revolves around soil health. That's forced him to be diligent in planning and to think outside the box for crop-marketing opportunities. 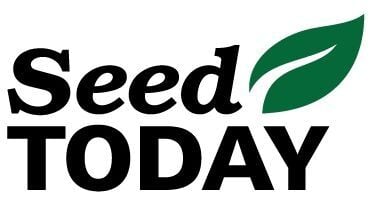 Two actions that will benefit agricultural businesses this year are ditching “that’s the way things have always been done” and “that will never work for us” attitudes.

Take it from northwestern-Oklahoma beef and crop farmer Jimmy Emmons regarding just how much a business can transform when setting those common beliefs aside and adopting a willingness to try new things. For his almost-2,000-acre family-owned and -operated farm, that has been integral in the survival of the business he runs with his wife, Ginger Emmons, and long-time employee Karson Liebold.

Stepping back 26 years, the philosophies the business was operated under and the practices implemented were radically different to present day. All the cropland was on a full-tillage system consisting only of alfalfa, wheat and cotton with zero rotation. Cattle were only grazed on native rangeland with no integration between the two enterprises. Input costs were great, and income was dependent on the commodity market.

Now the Emmons family is raising 12 to 13 different crops per year in a no-till system that integrates cattle into cropland by grazing cover crops grown between cash crops. A field will never see the same crop more than once in four years. What is planted is based on what fits best into the growing season and soil needs. While that has forced the Emmons to be creative in the marketing of crops and be diligent in planning, it has opened doors to new opportunities that have led to premiums.

Not to mention the new approach has allowed the business to significantly cut back on inputs like herbicide, labor and machinery costs. At the same time the family has restored soil health so much that the U.S. Department of Agriculture’s Natural Resources Conservation Service has recently reclassified its type from ustifluvent -- a thin, loamy, light-colored soil -- to fluventic haplustoll -- a darker, more-developed soil.

So what happened to spur that kind of change? And how did they even go about doing it?

To be frank they didn’t have a choice if they wanted to carry on farming. In their full-tillage system, input costs were great, and prices were unsustainable. And Jimmy Emmons was starting to gain interest in conservation practices and knew that how they were farming was detrimental to the long-term performance of their soils.

Farming with his parents at the time, who were apprehensive to change, Jimmy and Ginger Emmons started slowly by no-tilling one of the fields they owned to learn about how it could be applied broad-scale. While doing that they also added winter wheat and barley to the field’s rotation to graze cattle on. After running into compaction issues, they started working closely with the USDA’s Natural Resources Conservation Service and ventured into cover crops.

From their days of conventional tillage and zero crop rotation to their current system, it has been a steady and calculated process to minimize risk while continuing to make progress.

Jimmy Emmons is sharing key philosophies that have been the driving success behind where his farm is today.

Ditch ‘it won’t work for me’ mentality

Annual rainfall for Jimmy’s farm in Dewey County, Oklahoma, is typically feast or famine. In 2011 and 2012, they averaged 8 inches annually. In May of 2014 alone they received 23 inches. The extreme precipitation levels have a lot of producers in the area gun-shy about any practices that may jeopardize moisture availability. For a long time Emmons was one of them, buying into the concept that cover crops would suck up any available moisture in the ground and withhold it from the next crop.

Part of his cover-crop work with the Natural Resources Conservation Service has debunked that belief and proved the exact opposite. Just this past year water-infiltration trials have found fields integrated with cover crops to hold 17 inches of water with no standing or runoff, filtrating as deep as 5 feet into the ground.

However when ditching the “it won’t work for me” mentality and looking to try something different, Emmons encourages producers to thoroughly research to find what has worked in systems and environments similar to theirs and to start small with trial work.

To build a thriving business while keeping soil health and resilience at the center of it all, he said it has required him to learn extensively about a plant’s life cycle and its impact on things from short- and long-term weed interactions to carbon sequestration. Any time a crop that is low in carbon is planted, such as a winter cover with legumes, a high-carbon cash crop like corn or sorghum will follow to add more carbon back into the ground.

Before setting any goals Emmons advises fellow producers to clearly define what they're trying to achieve. Goals can then be set accordingly and used to work backward to develop a roadmap to achieving them. Implementing a new application is not going to be the silver bullet to fix all challenges, so defining those clear objectives will help determine if a new practice is going in the desired direction.

The main reason behind each field having a four-year break between each crop is to fight weeds. Whatever weed is facilitated one year, needs to be different the next. With that as a starting point, Emmons will look at water availability and the growing window to find what options he has available and then look for marketing opportunities to determine what goes in the ground.

Managing 12 to 13 different crops per year on his rotation strategy requires a lot of organization to stay on track. There is a heightened level of planning and organization when integrating a new practice, but Emmons said producers should not be intimidated. They should just look at it as they would with any other business planning they would do for their current system.

If buying cover-crop seed, the same principles apply to buying cash-crop seed. If a producer is planning on no-tilling for the first time, that producer will still need to plan planting times the same as if it were conventional.

His biggest piece of advice to setting goals and making a plan to achieve them is to start by making goals for the next three to five years. Then make small changes, even if it's just taking soil samples the first year. A player wouldn’t go all-in on a first hand of poker, he said. The same principle applies to business and farming practices.

While planning to do something is one thing, following through with it is another. From the work he has done with other producers, Emmons said sticking to the plan is what will determine whether or not a farm or ranch is actually going to go the distance and make improvements -- or whether they will go back to their security blankets and do things the way they’ve always done them.

That means if a new application isn’t going as planned, rather than reverting, look at what went wrong and what the expectation of it was and then adjust accordingly.

Building soil health and being on top of weeds by staying as far away from a monoculture system as possible has worked, but it also needs to keep the lights on. By looking for unconventional market opportunities from what is historic to his area, Emmons has been more than able to pay the bills, capturing premiums outside the commodity market.

That has led him to grow sunflowers used for squirrel feed in Kentucky, to growing special-spec sesame seed for McDonald’s. To capture those unique opportunities Emmons said to look further afield than the likes of non-genetically modified corn and soybeans that typically have little to no premium. He said to be creative in what smaller markets need. A huge area of opportunity that he sees is growing crops specifically for small food companies. Demand for products developed from ingredients grown with regenerative practices is making its way into the health and wellness market.

And while identifying those opportunities seems like difficult work, once producers have a foot in the door they will quickly become “go-to” people.

Crucial to Emmons' journey has been surrounding himself with like-minded people to encourage him forward and to share experiences with. When he first started the community for him was spread across the country. It required cross-country road trips to see applications in practice. But he also became immersed in his local conservation groups to build his network closer to home.

Those are still key components to his community, but the adoption of social media has been a game-changer for expanding his network. By joining producer Facebook groups and engaging in conversation on Twitter -- his handle is @jimmy_emmons -- he has been able to break his community wide open to learn from others while sharing his own experiences.

His biggest piece of advice for anyone wanting to step away from conventional practices is to build their community from the beginning and to keep growing it. For every neighbor looking over the fence saying there's no need for change, 100 others are showing that not only is change possible -- it's also prosperous.

Risa Demasi is the co-founder of GO SEED. Visit goseed.com for more information.

One out of every three acres in the United States is rangeland. Two-thirds of those are privately owned, mainly by ranchers who graze their li…

Wisconsin Gov. Tony Evers has declared 2021 as the “Year of Broadband Access.” There has been a great deal of discussion about making broadban…

KEOTA, Iowa – When Levi Lyle was looking for a way to control weeds in his 60 acres of organic fields, he kept hearing rumors of a machine tha…

The span of time is hard to fathom. A human lifespan is just one dot on the line of time. Time passes quickly for us but seems slow in the sen…

Capital-gains taxes are based on the change in the value of an asset such as farmland, livestock or timber when that asset is sold. Currently …

At a farmer meeting I attended recently, the hot topic was carbon-reduction contracts. There was a lot of curiosity, confusion and skepticism …

Every management decision Jimmy Emmons makes on his 2,000-acre beef and crop farm in Oklahoma revolves around soil health. That's forced him to be diligent in planning and to think outside the box for crop-marketing opportunities. 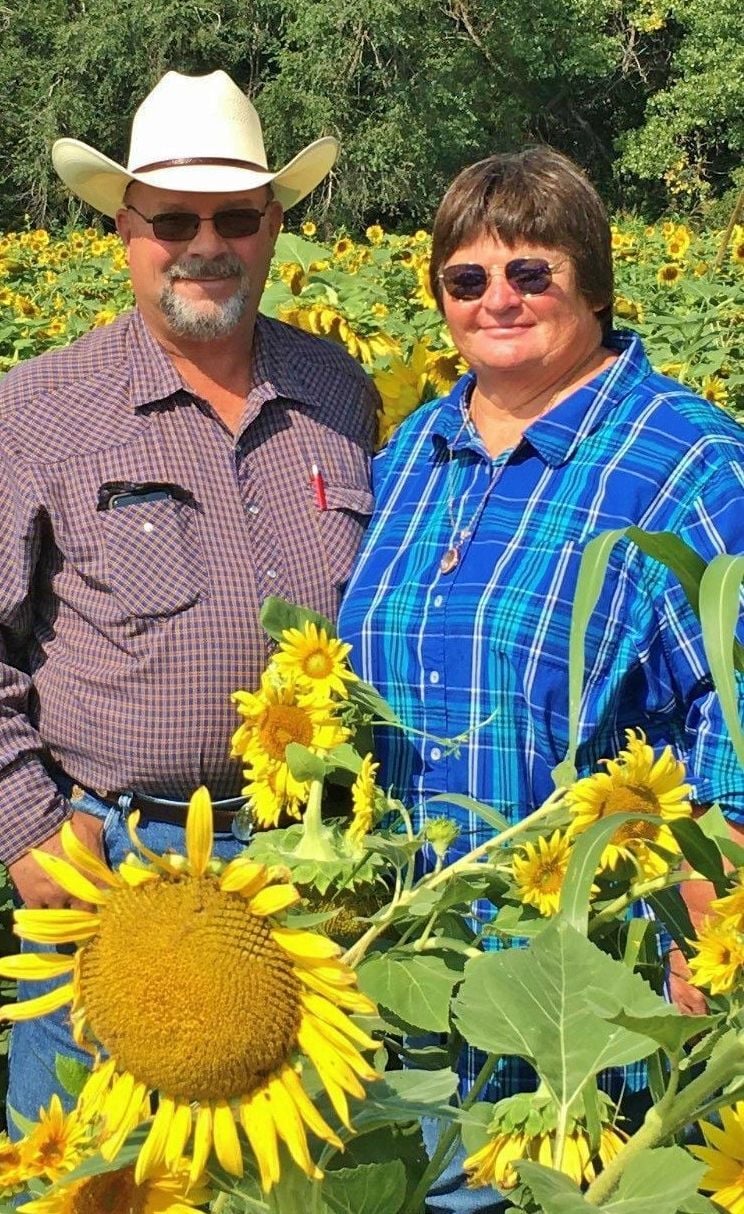 Twenty-six years ago Jimmy and Ginger Emmons decided to step away from conventional-heavy-tillage and limited-rotation practices they were implementing due to inflated input costs and unsustainable markets. Starting slow with no-till, they eventually transformed their three-crop system with zero rotation to a 12-13-crop system with four-year breaks between crops. For producers looking to make a change from what they're currently doing, they suggest to start building a community of like-minded people to learn from and share experiences with.