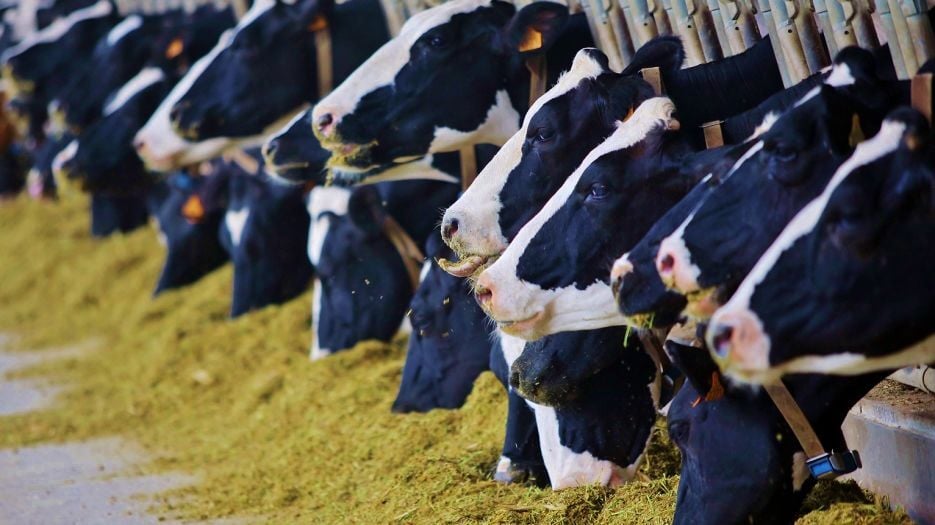 The difference between the Class III milk price and other prices of milk increases to record numbers in 2020.

The price of Class III milk – milk used to produce cheese – increased to near-record prices in 2020 on the back of increased cheese demand, tighter cheese supplies and the U.S. Department of Agriculture’s Farmers to Families Food Box Program. Meanwhile the price of Class IV milk – milk used to produce butter and dry-milk powders – remained at multi-year worst prices due to COVID-19-related market disruptions and price volatility. As a result the difference between the Class III milk price and other prices of milk increased to record numbers. In June 2020 the Class III milk price was more than $9.60 per hundredweight greater than the base Class I milk price. Similarly in July the price difference between Class III and IV increased to almost $11 per hundredweight. 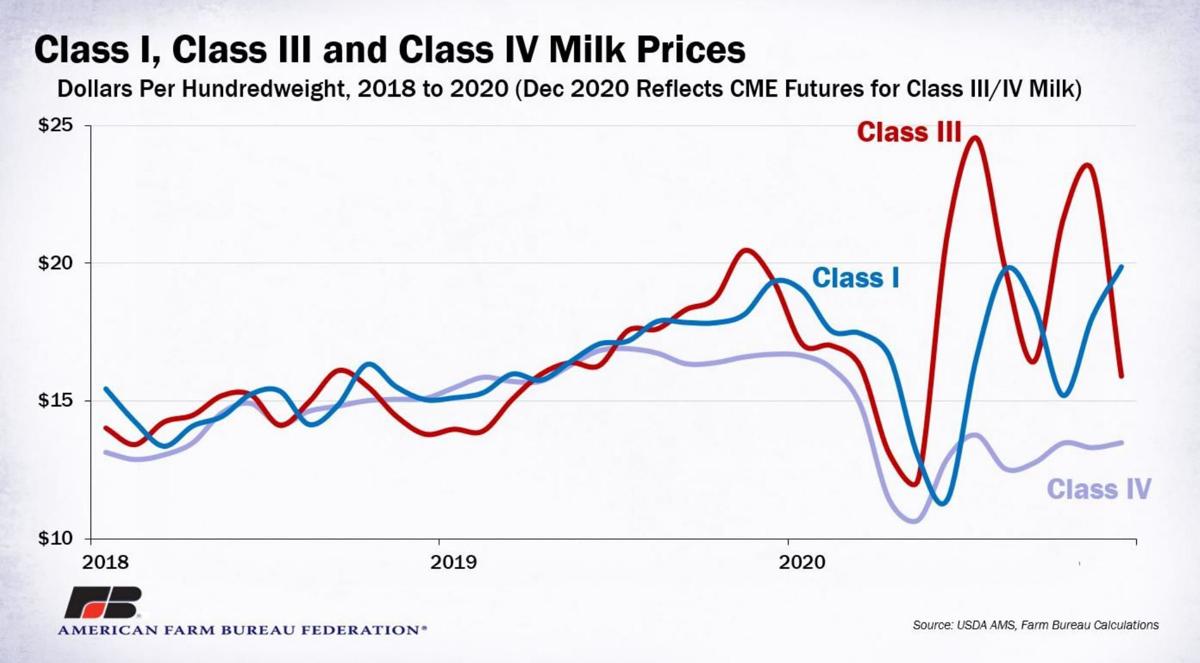 Due to those record-large price spreads and a 2018-farm-bill change to Class I milk-pricing rules, record amounts of milk were de-pooled from Federal Milk Marketing Order revenue-sharing pools. Producer price differentials decreased to record levels in component pricing orders. Producers in primarily fluid-milk marketing orders didn’t have negative producer price differentials, but experienced milk prices at well less than the levels they would have seen had the milk price not been modified in the 2018 farm bill. The financial impact of those issues has collectively cost dairy-farm families across the United States more than $3 billion in foregone income.

Recently announced statistical uniform prices for November 2020 reveal negative producer price differentials range from -$9.55 per hundredweight in the California Federal Milk Marketing Order to -$5.07 in the Northeast Federal Milk Marketing Order. From each principal pricing point, producer price differentials are increased or decreased based on the location adjustment in the county in which the farm is located. 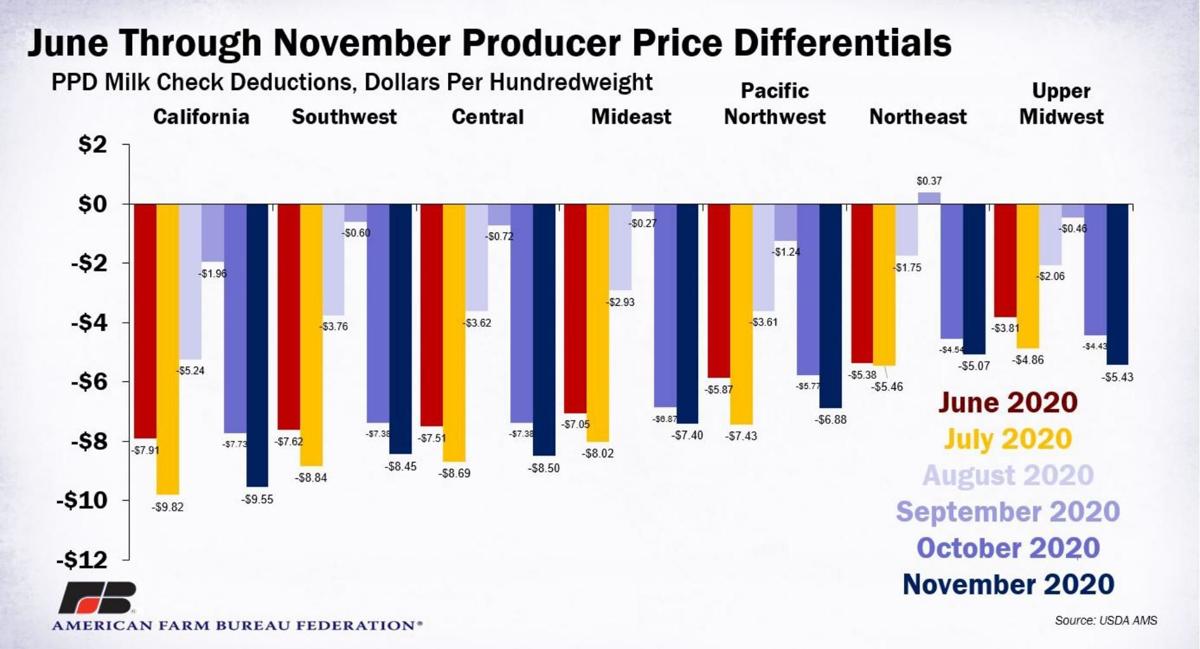 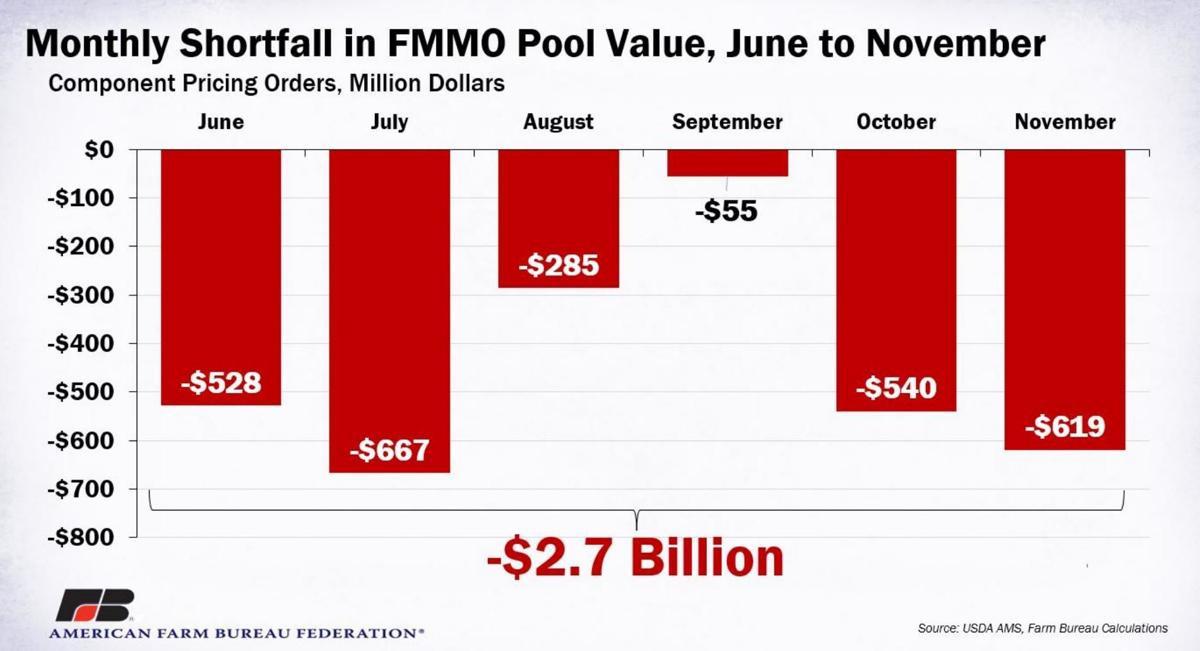 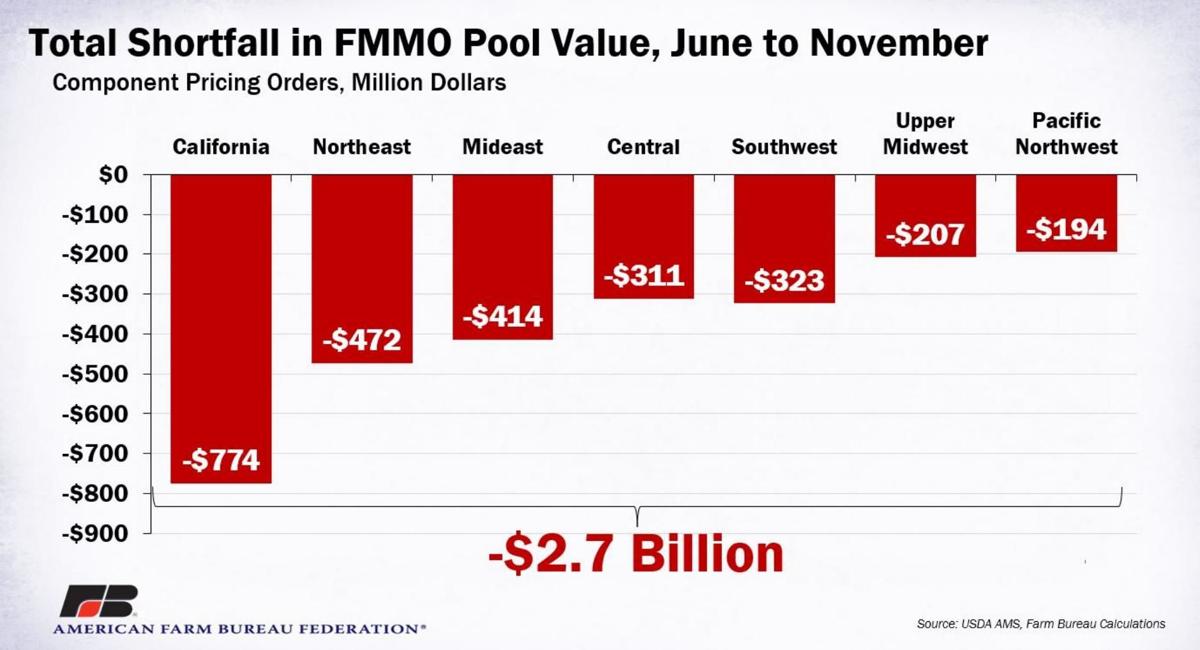 The question many dairy-industry stakeholders are asking is, “Where does that money go?” The answer is that the component value of the milk – in this case protein – was never in the pool in the first place. By mostly de-pooling Class III milk, the greater protein value was never part of the revenue-sharing pool. Then because Class I milk prices were at well less than Class III prices, the contribution to the Federal Milk Marketing Order pool from the beverage-milk market was not enough to offset the component value of the milk.

The increased revenues associated with selling cheese or supplying a cheese plant were retained by the cheese manufacturer, the cooperative supplying the cheese plant, the cooperative manufacturing and selling cheese, or the independent dairy farmer supplying a cheese plant. In many cases dairy farmers in those situations may have been shielded from negative producer price differentials. Because only Class I milk is required to be in the pool, it’s all well within the Federal Milk Marketing Order rules.

What Can Be Done?

There is no silver bullet fix to those issues. Federal Milk Marketing Orders, milk-pricing provisions and pooling rules are complex.

Historically because of advanced pricing there have always been scenarios in which the component value of milk exceeds the classified value of milk, resulting in de-pooling and negative producer price differentials. In the past it was somewhat contained by the “higher-of,” but that was eliminated in the 2018 farm bill. The higher-of was designed to ensure that fluid-milk prices were always based on the maximum manufacturing value of milk used to produce cheese, butter and nonfat-dry-milk powder. By pricing milk based on the higher-of, the financial incentive generally existed to pool manufacturing milk on the Federal Milk Marketing Order because milk used for manufacturing purposes received proceeds from the greater-valued beverage-milk market.

But the higher-of prevented the effective use of CME futures contracts for Class III and IV milk to hedge Class I beverage milk, so going back to that is likely off the table. Other options include capping, or snubbing, the difference between the manufacturing values of milk when determining the Class I price; using a moving average of the difference in manufacturing-milk classes in the Class I price formula, i.e., replacing 74 cents per hundredweight with a moving average differential; basing the Class I price on the value of Class III milk plus a fixed or moving average differential; or eliminating the advanced pricing nature of fluid milk with any combination of the aforementioned modifications. After all one can now hedge the price in advance.

The level of complexity or simplicity varies with each alternative. Additionally any approach utilizing a moving average differential or snubber will increase basis risk when hedging fluid milk. However to the extent that any of those options increase the fluid-milk price, negative producer price differentials and the incentive to de-pool would be reduced – not eliminated.

To address de-pooling, some have suggested stricter pooling requirements that make it more difficult to enter and exit the pool. However most handlers likely appreciate that flexibility when it’s financially beneficial to them. Some have floated the idea of mandatory pooling, but that likely goes beyond the original intent of Federal Milk Marketing Orders in regulating the fluid-milk market. A proposal to address negative producer price differentials involves blending them into the component values. The producer price differentials would be there, but would be in the form of different prices for butterfat, protein and other solids in each Federal Milk Marketing Order. That would certainly complicate the use of risk-management tools.

Maybe there is a revolutionary concept on the horizon to price milk, or maybe the focus will be on tweaks around the edges of Federal Milk Marketing Orders. In any event what we’ve learned from 2020 is that we should always plan for the unexpected. Dairy economists, sharpen your pencils.

Come together to help each other

Editor’s note: This is part one of a two-part article.

The late Warren Brown and his wife, Isabel Brown, 98, of Hartland, Wisconsin, were recently awarded Livestock Producer of the Year by the Wisc…

The difference between the Class III milk price and other prices of milk increases to record numbers in 2020. 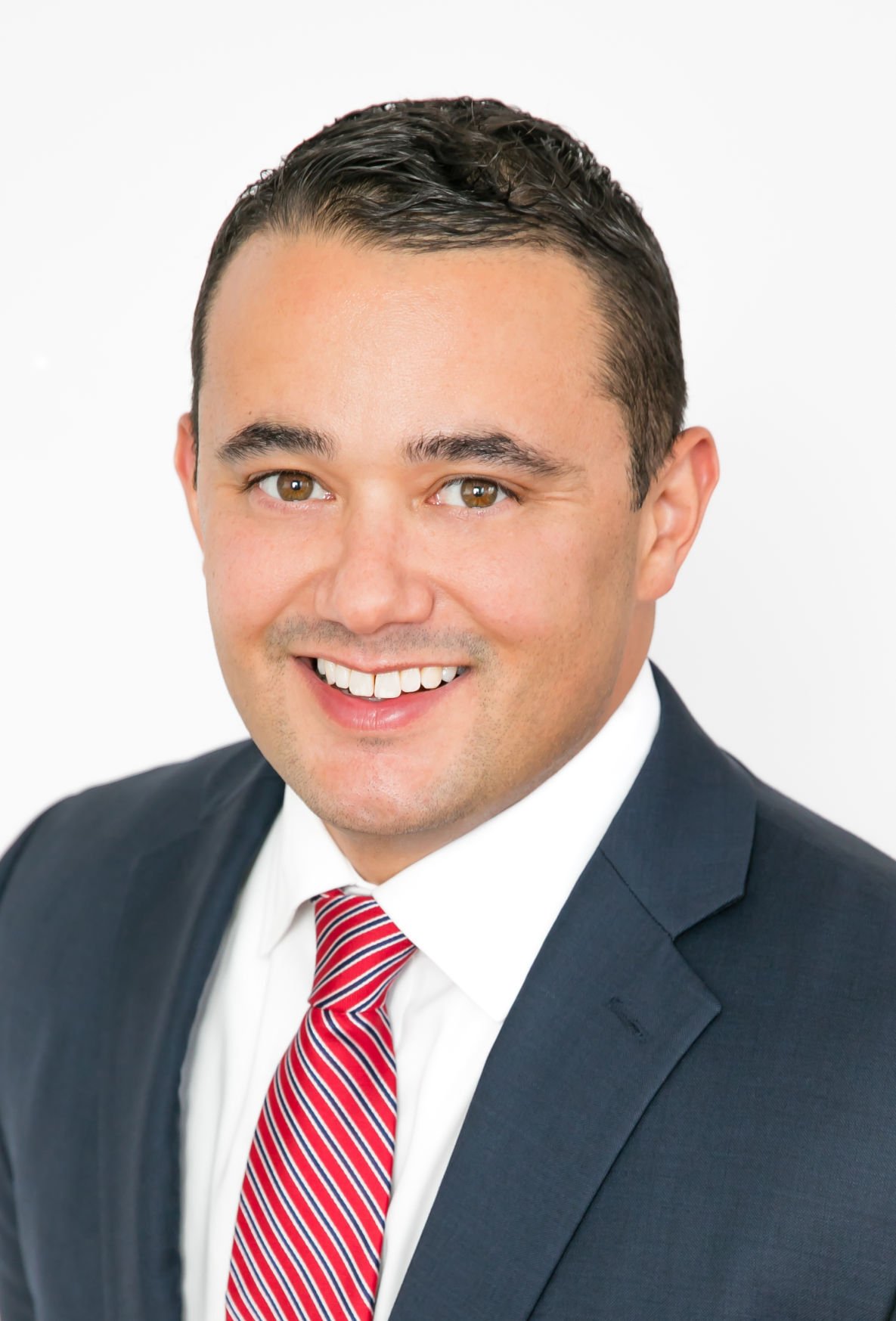