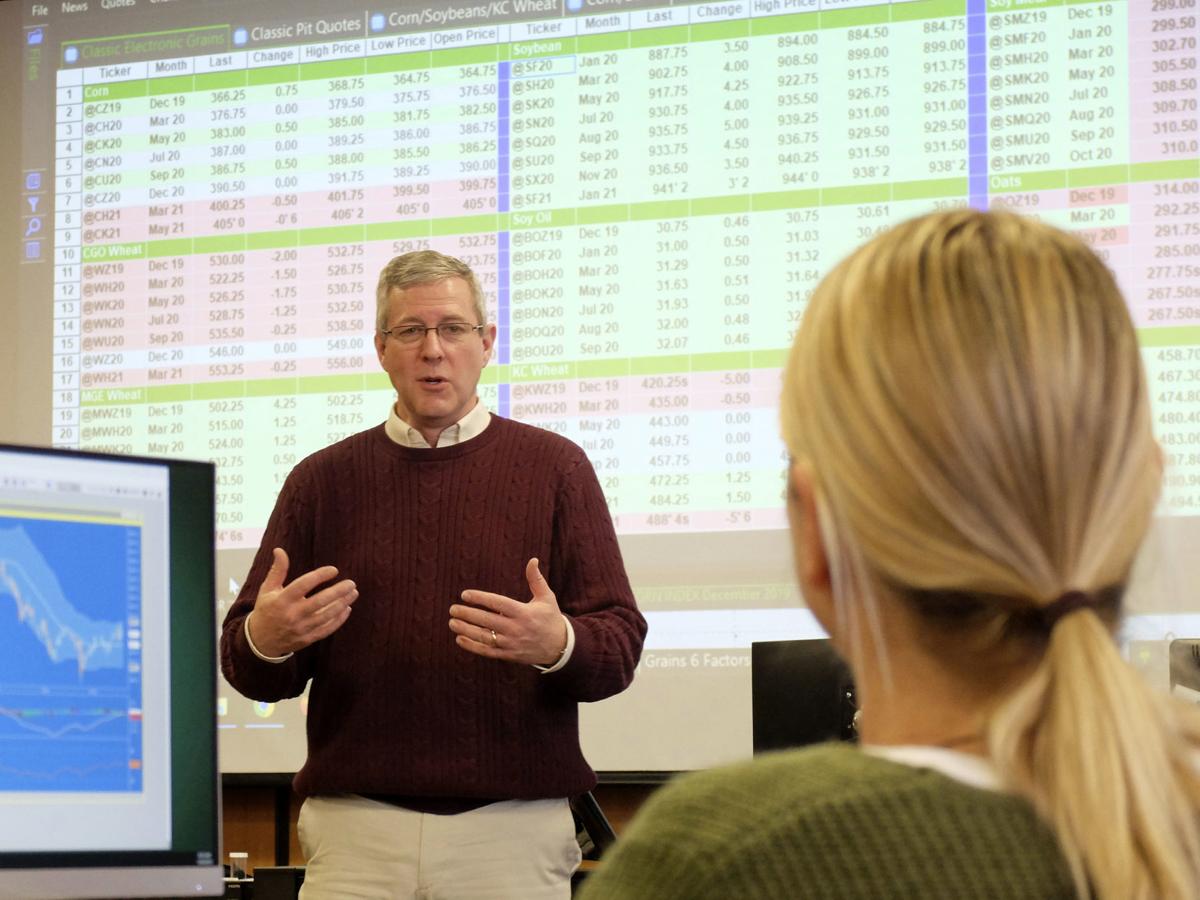 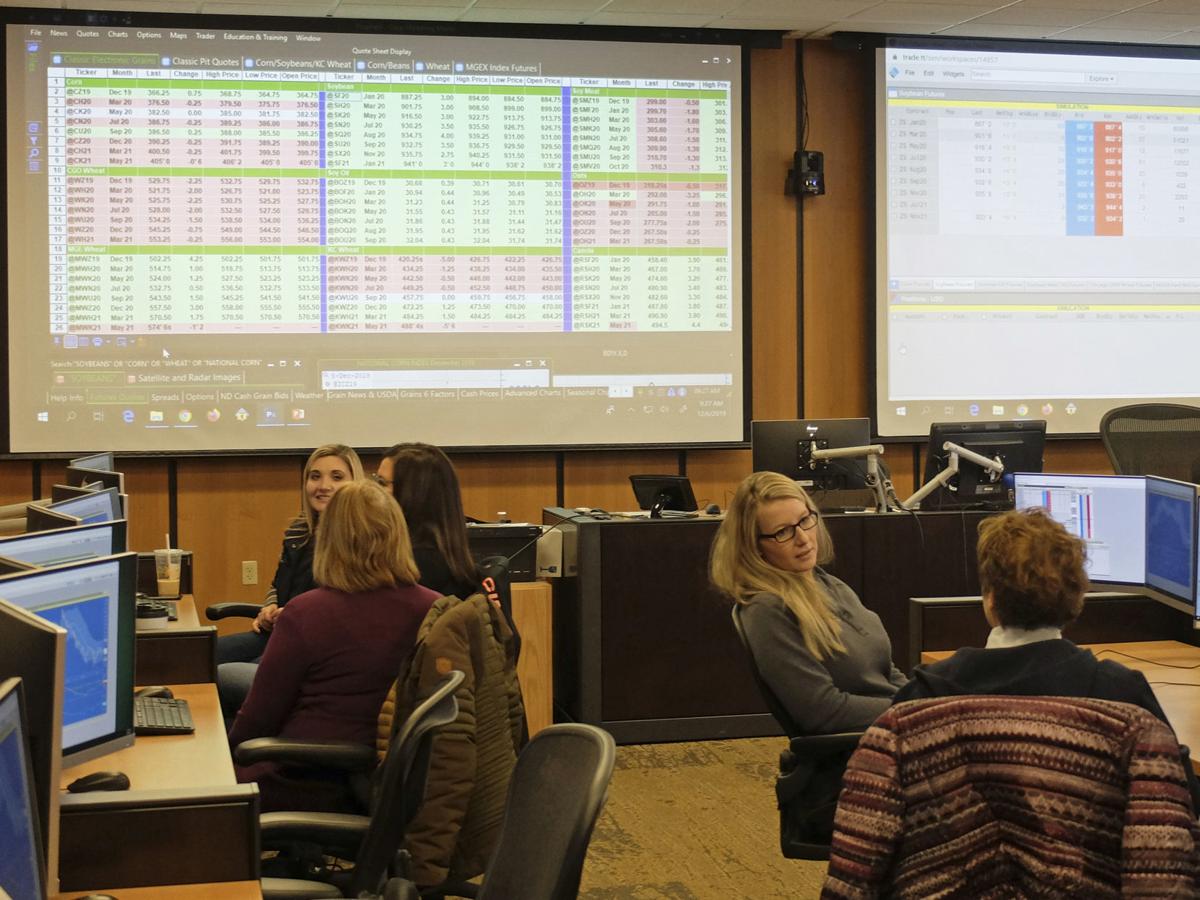 FARGO, N.D. (AP) — Beth Didier farms with her husband and father-in-law near Spiritwood, North Dakota, about 80 miles west of Fargo. They grow several-thousand acres of soybeans, corn and wheat. She currently works full-time off the farm but as her father-in-law moves into retirement she's taking a larger role in the farming operation.

Understanding when to sell crops is critical, she said.

"Especially in a year like this when prices aren't great, yields aren't great, and so you have to sell it at the best price you can so that you can actually pay the bills," Didier said.

Didier and 16 other women who farm or work in agriculture recently attended a one-day class at North Dakota State University to learn about the ins and outs of farm commodities. As more women around the country are becoming involved in the day-to-day business of managing farms, they'll need those skills to help decide when to sell crops for the optimum return.

At the university's commodity-trading lab, the setting is designed to feel like the real thing. An electronic stock-market ticker dominates one wall. Massive screens on another wall show grain-market action; there are dozens of computer monitors for traders.

"It was the first and still the largest commodity-trading lab in the United States that's dedicated toward teaching people how to use and trade agricultural commodities," said Frayne Olson, agriculture economist and marketing specialist.

But while the trades made there are based on minute-by-minute changes in the grain markets, the actual sales and purchases never leave the room. They happen through a computer algorithm that responds to real-time market activity.

Students learn about the futures market, where traders buy and sell contracts to deliver corn or soybeans in the future. The actual grain never changes hands. But the prices set on the futures market directly affect the cash price, what farmers receive when they haul grain to the elevator.

While the women may never trade futures directly on the Chicago Board of Trade or the Chicago Mercantile Exchange, understanding how those markets work can give them an edge in deciding when to sell corn, soybeans or wheat.

"The market is sending signals to say, 'this is what we expect to happen, and here are the market signals on whether you should store your grain longer or whether you should try and sell today,'" said Olson. "So if you understand what those signals are and how to interpret them, you can do a much better job of marketing."

This class is only Grain Marketing 101, but North Dakota State University-Extension agent Alicia Harstad said it's designed to provide a knowledge base that women need to be equal partners on the farm. Harstad helped organize the training.

"Driving equipment, doing the books, preparing meals or whatever, it takes a team in order to really farm, and so we wanted to empower women to feel like they can be more involved with those (marketing) conversations," Harstad said.

After several hours of discussion about the difference between futures and cash markets, contracts, hedging and the basics of using a computer to make trades in the grain market, Beth Didier said she was a bit overwhelmed.

"It's pretty intense; there's a lot to learn," she said as the class took a break. "It's fascinating; there's so much more to it than I ever dreamed of. I had no idea about half of this stuff."

She left the daylong session more confident about planning to sell crops. She said she's eager to dig in and develop a deeper knowledge of the markets.