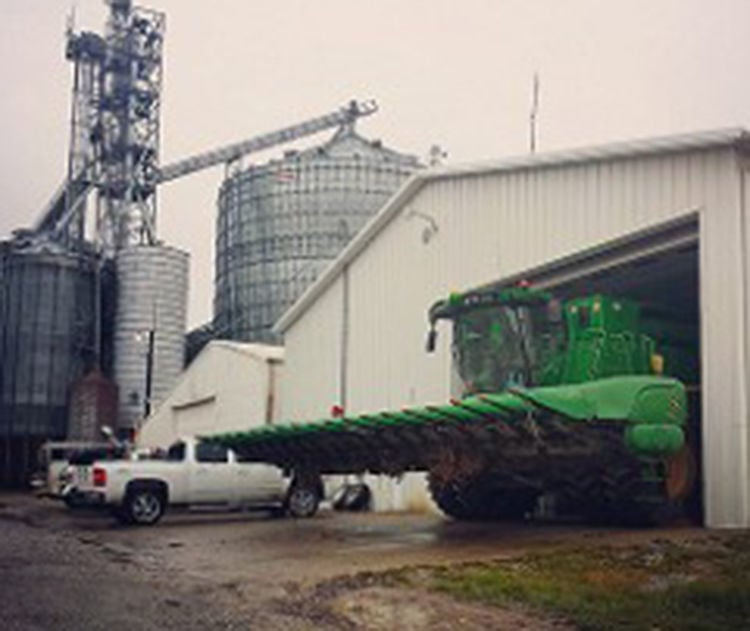 About 60 percent of budgeted corn- and soybean-production expenses are fixed – family labor, land and machinery.

Variable expenses such as seed, fertilizer and crop protection receive a lot of attention. But fixed expenses often account for a majority of the budget. We found 60 percent of budgeted corn- and soybean-production expenses are fixed – family labor, land and machinery. After several years of adjustments in the farm sector, this week’s post is a review of trends in fixed farm expenses.

The Kansas Farm Management Association releases a summary each May of data collected and aggregated across almost 1,000 farm operations. While those data are helpful in monitoring financial trends, keep in mind a diversity of operations and enterprises are included. That’s to say we would expect variations of those trends across operations, enterprises and geography.

Figure 1 shows the trend in two major categories of fixed expenses – depreciation and family living. Broadly speaking those have followed a similar trend of rapid increases before 2014, followed by moderation in recent years. 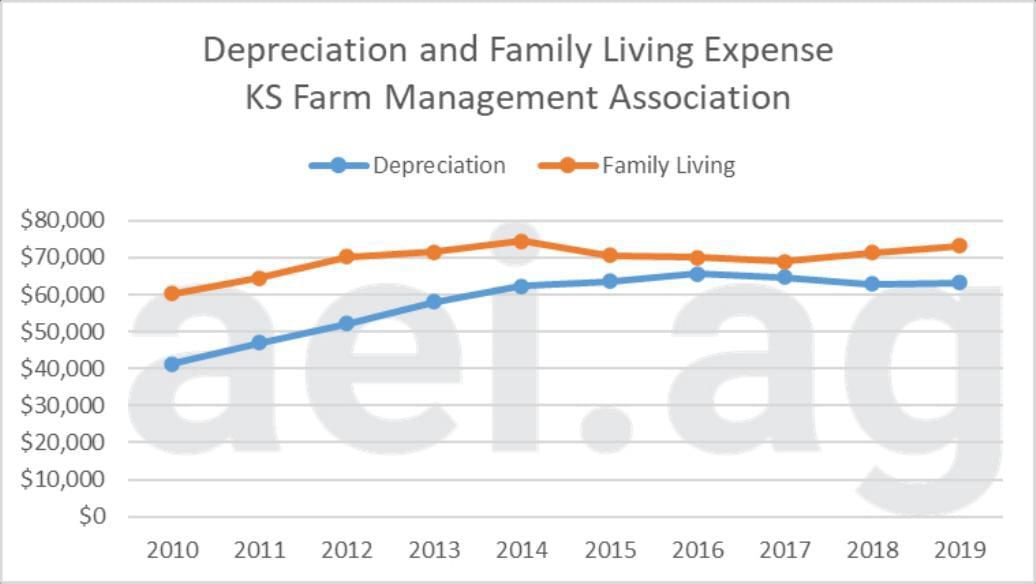 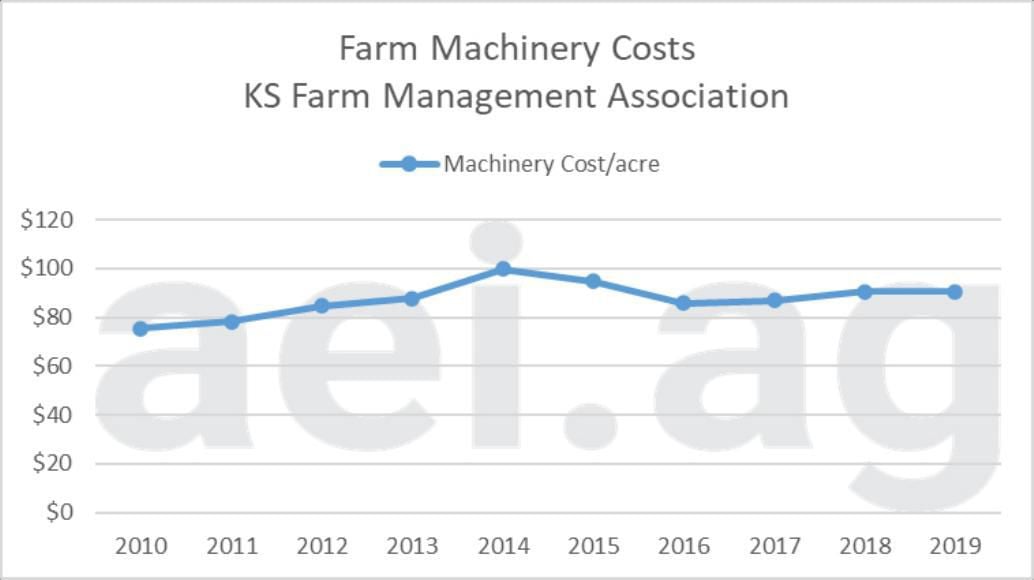 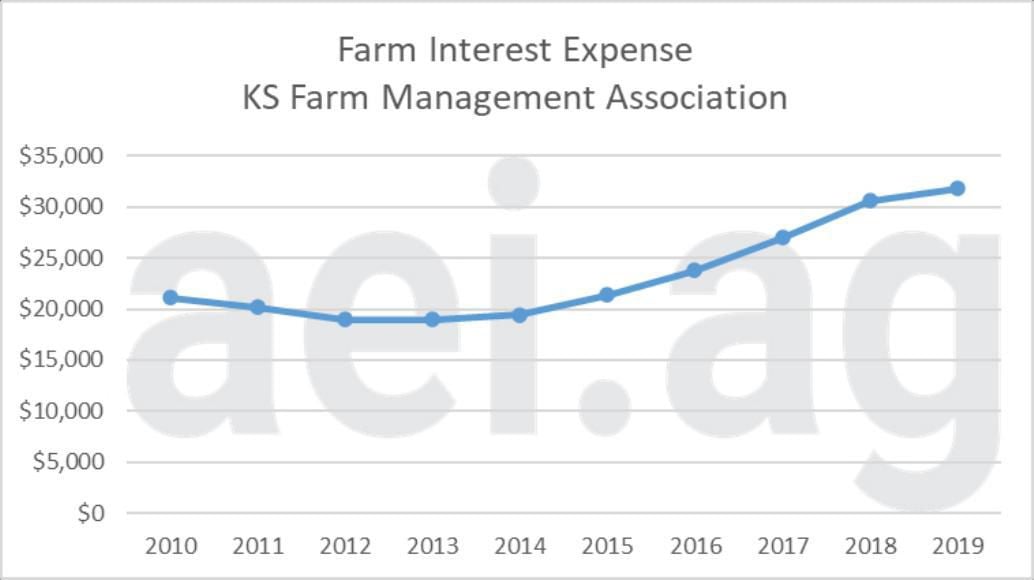 Going back to variable versus fixed expense, the U.S. Department of Agriculture reports national average cost and returns data for corn production. Figure 4 shows the average of the variable and fixed costs of production. The question at hand is which costs adjusted the most.

One caveat – the 2019 cost estimates may change as the USDA finishes collecting and summarizing relevant data. In recent years it’s been common for the August net-farm-income estimates to reduce costs, especially fixed. 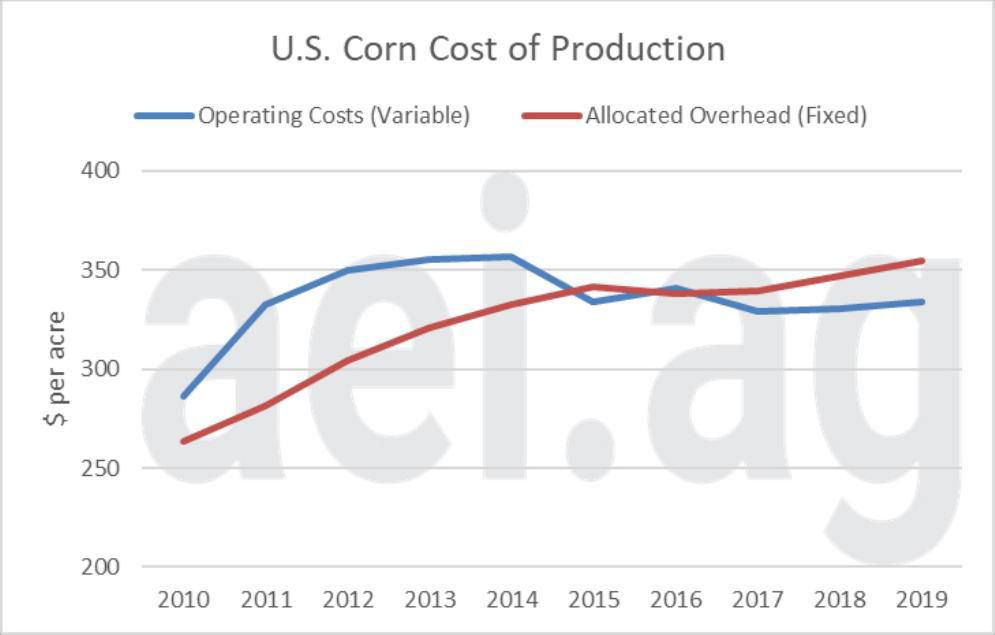 While the trend has been for producers to manage and control costs in light of depressed commodity prices, that doesn’t often play out in a uniform and linear process. The Kansas data shows that producers were able to adjust family living expense rather quickly, but that category has since increased. Depreciation and machinery costs were a bit slower to adjust. On the other end of the spectrum, interest expense has increased considerably and has likely undone any gains created by family living and depreciation improvements.

At the commodity level the USDA’s national data shows that variable expenses have decreased, but fixed expenses have continued to increase. Of course we’d expect a lot of variability in that by geography.

At the farm level, producers should carefully consider cost structure and monitor all components – not just variable expenses.