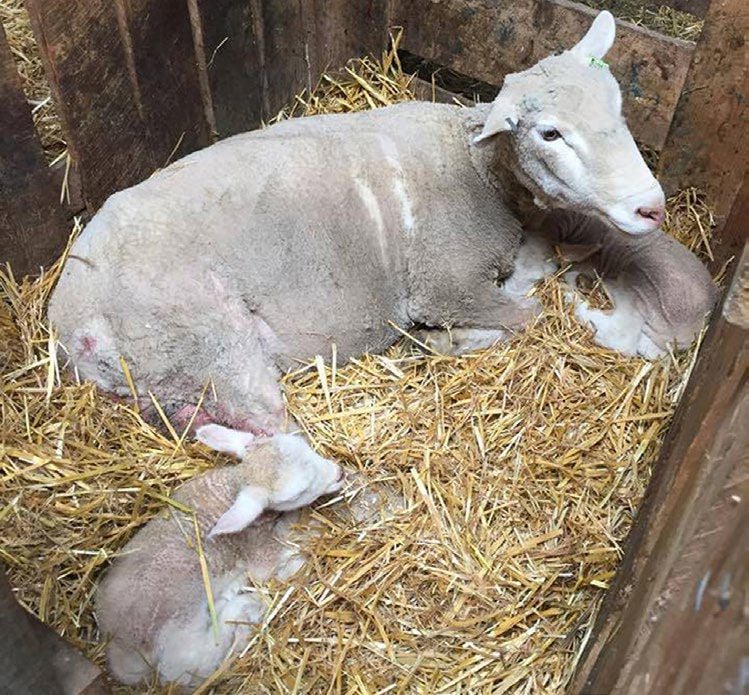 Ewes with multiple lambs can lamb in a shed, receiving the added care for greater lamb survival. 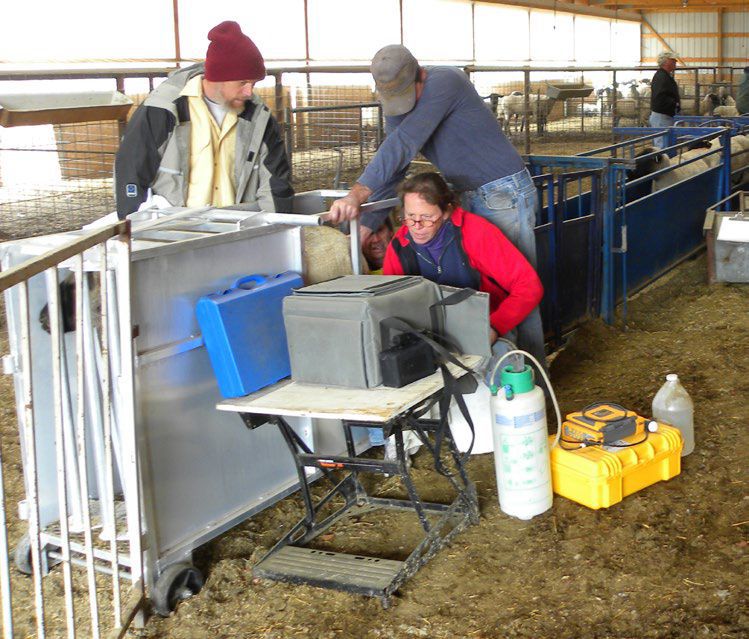 The portable ultrasound has been a game changer for the amount of reproductive information collected and utilized in livestock production. 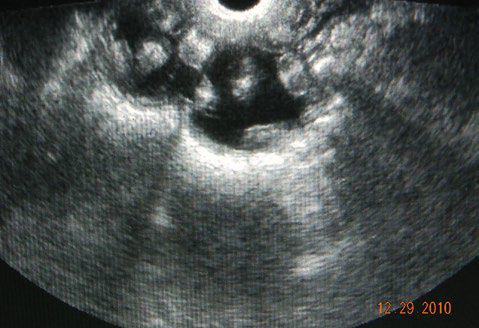 Waves are transmitted from the handheld ultrasound probe to and from the specific body tissue forming the ultrasound image. 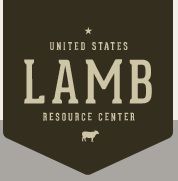 Ewes with multiple lambs can lamb in a shed, receiving the added care for greater lamb survival.

The portable ultrasound has been a game changer for the amount of reproductive information collected and utilized in livestock production.

Waves are transmitted from the handheld ultrasound probe to and from the specific body tissue forming the ultrasound image.

Editor's note: This is an in-depth explanation of the seventh of 12 Lamb Crop Best Practices. The sixth was published in the Aug. 22 edition of Agri-View.

Pregnancy detection in the ewe provides the opportunity to adjust nutritional and lambing management to save on feed and labor costs. The old adage that “one open ewe takes the profits of five producing ewes” may be true when all costs are calculated. Early determination of fetal numbers and gestational stage gives the option of sorting for nutritional demands in late pregnancy and early lactation. Without that information, the single-bearing ewe is being fed too much or the twin-bearing ewe too little. Open ewes are robbing the pregnant ewes of necessary nutrition. Grouping according to gestational stage will also save on labor and allow for better utilization of facilities and biosecurity.

The key in any type of business is producing an end product, or more simply put, production. The economic benefit of pregnancy testing in cattle, whether it be beef or dairy, has been proven time and time again. The product at the farm or ranch level from a cow is the calf and milk. Individual production must be taken into account in those businesses; it boils down to pounds of meat or milk produced per cow. That's not only looked at annually but also throughout the lifetime of the cow. The earlier one can tell if there's a viable pregnancy, the more potential for greater profit.

Pregnancy diagnosis in cattle is conducted via rectal palpation by a veterinarian palpating the uterine tract for the presence of a fetus and determining age based on the size of the fetus. Due to the size of the ewe, that hasn't been an option. That left ewes being pregnancy-tested, often referred to as bagging, to some degree at shearing, with questionable accuracy. Or ewes that haven't lambed with group one are put in with group two, and so on until the end of lambing season. That was the case until ultrasound technology became more affordable, making it more beneficial to utilize.

Marker paint -- For a smaller more intensively managed breeding system, the use of marker paint, or a harness on a ram, can provide limited information on the pregnancy status of a ewe. It's not foolproof because not all ewes marked will become pregnant and remain pregnant. Recording each marked ewe is required on a daily basis. Grease or chalk must be reapplied as needed, changing the color at 14-day intervals. A ewe may continue to be re-marked even though she may already be pregnant. That's common with an aggressive ram, certain ewes or tight quarters. A noted benefit of using markers is the potential to see a ram-breeding problem earlier if all ewes continue to re-mark.

Blood testing -- Blood testing is another method for pregnancy-checking ewes. Measuring blood-progesterone concentration has been trialed several times. A pregnancy-specific protein B may also be tested for in the blood after 30 days of pregnancy with relative success. That will provide an idea of pregnancy status. But it doesn't indicate fetal numbers or stage of the pregnancy. Some false negatives may occur if the ewe is about 30 days pregnant.

Ultrasound -- Ultrasound imagery is the most reliable form of pregnancy-checking the ewe. More information will be gained by the producer, giving him or her the tools to make better management decisions. Ultrasound technologies were developed through the scientific study of sound waves. The older A-mode ultrasound technology doesn't produce an image. It's widely available; in recent years it has made a comeback in sales due to marketing. It has a beep or light that goes on when the pregnancy is detected. What's being detected is fluid. Therefore accuracy is quite variable. The B-mode ultrasound technology has the capability of producing an image. Waves are transmitted from crystals in the handheld ultrasound probe to and from the specific body tissue forming the ultrasound image in gray-scale on the screen. The denser the tissue the lighter or whiter the tissue appears, such as bone, whereas liquid appears black on the image. Although ultrasound equipment was initially developed and used in human medicine, the development of equipment for use on animals has been slow because of great costs, portability and durability.

Pregnancy-checking the ewe with an ultrasound can provide beneficial information.

Pregnant or open ewes – Save feed for pregnant ewes; they are the ones that need it. Cull all open ewes as soon as possible to save on feed, labor and medicine costs.

Gestational dates -- The diameter of the fetal thorax or head can be used to estimate the number of days pregnant.

The earlier producers are able to pregnancy-check the ewe, the earlier she can be managed correctly. Whether to cull, feed accordingly or put into a different breeding group, the advantages of ultrasound will save time and money.

The best time to schedule a flock’s ultrasound is when the ram is turned out with the ewes. Timing is important when counts and dates are needed. But there are limitations to the information an individual ultrasound technician can provide based on the technician’s experience, the ultrasound machine used, the facility, the amount of help provided and the timing of the scanning after mating.

Producers should be prepared to follow any requests of the ultrasound technician prior to pregnancy-checking ewes to ensure scanning accuracy. Fetal death loss does occur and will vary greatly between producers, which can be the result of poor nutrition. Producers should be observant; notice what and how much animals are eating. They should also watch for signs of illness, injury and stress. Helpers on the farm or ranch should also know what's going on and why.

Ultrasound technology is the most useful and practical method for pregnancy-checking the ewe. The earlier in the pregnancy the ewe can be scanned, the earlier she can be properly managed to avoid problems. Pregnancy-checking will save time, medicine and labor all adding to the bottom line. It will provide valuable information to help producers determine which animals to retain and which animals to cull based on lack of productivity or the presence of disease.

Jay Parsons of the University of Nebraska-Lincoln and Bill DeMoss of Mountain Vet Supply also contributed to this article.