Notice that irrigated acreage expanded rapidly during the farm boom of the 1970s before slipping during the farm financial crisis of the 1980s. More recently acreage was an average of 55.8 million from 1997 through 2012, before increasing to 58 million in 2017. That’s to say the periods of increased income seem to encourage additional irrigated production. 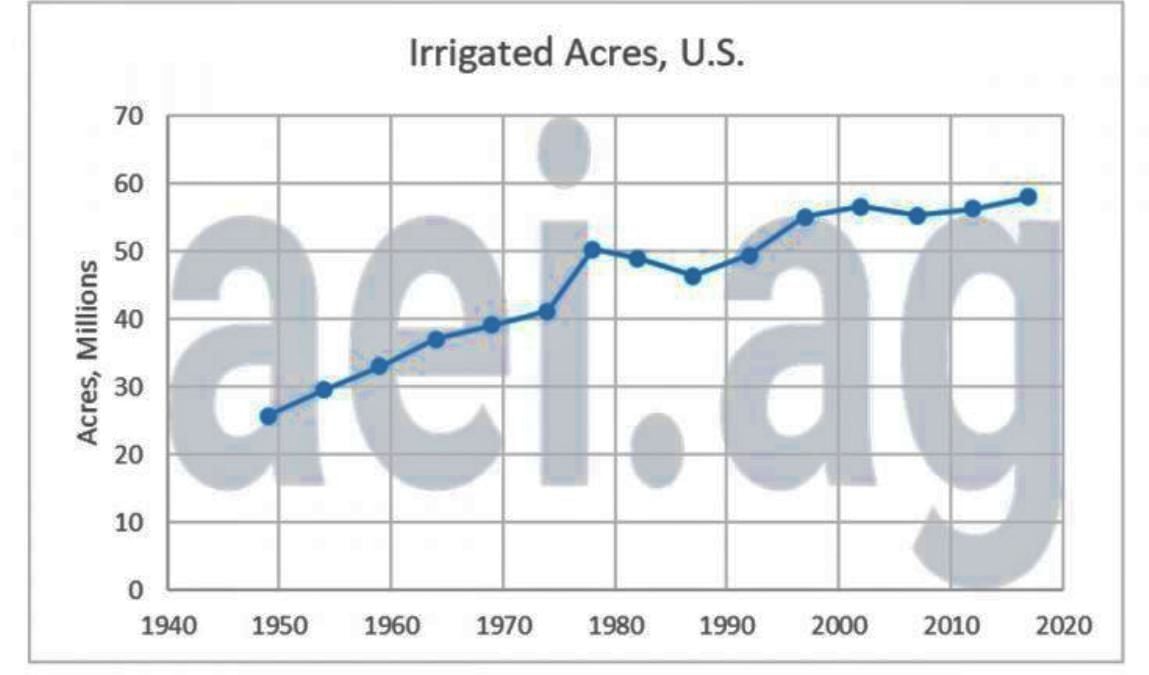 Beyond the increasing national trend, significant variations have played out at the state level. Of irrigated acres 72 percent are concentrated in just 10 states. Acreage in Nebraska at 8.6 million and California at 7.8 million stand out; those states account for 29 percent of total U.S. irrigated acreage. 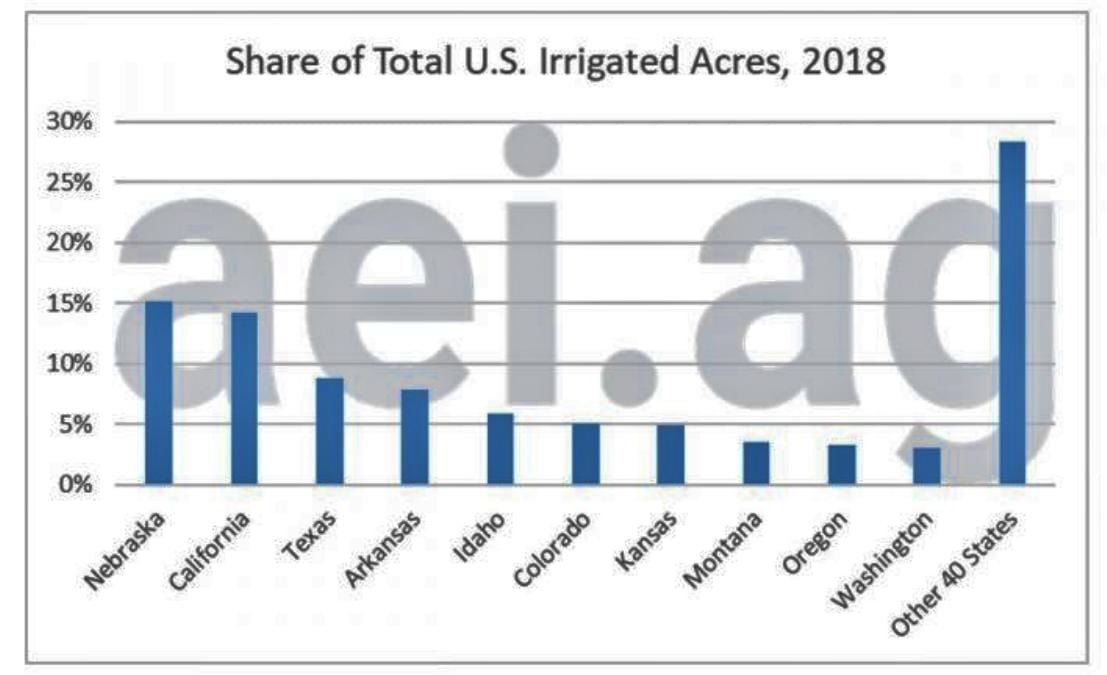 Figure 3 breaks down the state-level acreage changes between 2012 and 2017. Kansas and Texas stand out as irrigated acres contracted sharply. The national trend was a net increase of almost 2.2 million acres, those two states posted a combined contraction of 500,000 acres. On the other hand 11 states added more than 100,000 acres each, with Missouri at 348,000 and Nebraska at 291,000 adding the most. 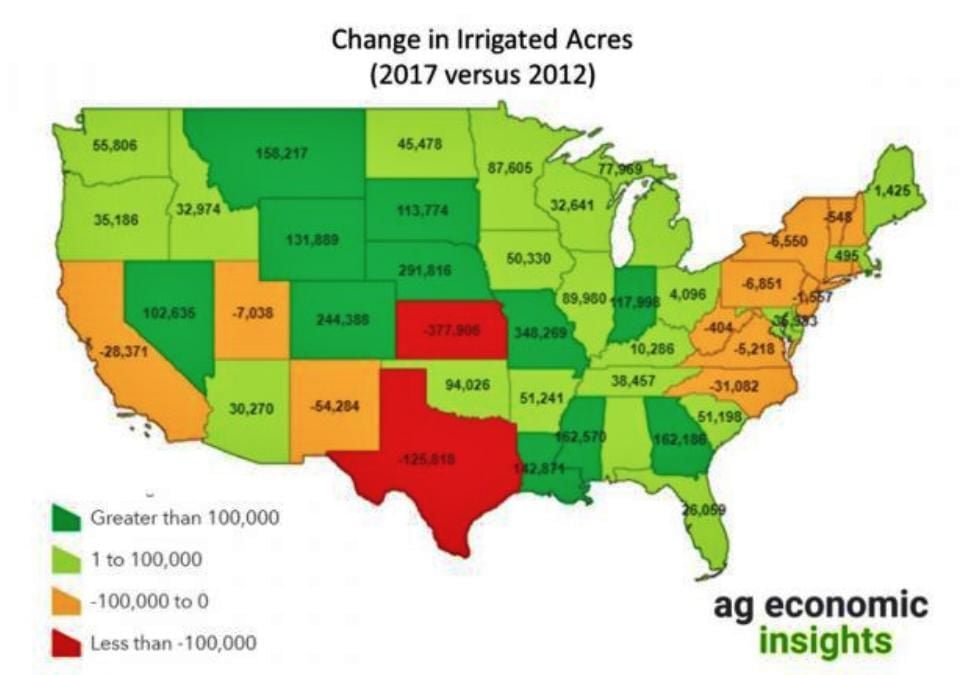 Of course these data are a single year and are subject to several factors. First the annual rainfall could alter the need for irrigation. Additionally crops raised and management practices vary greatly across states and regions. 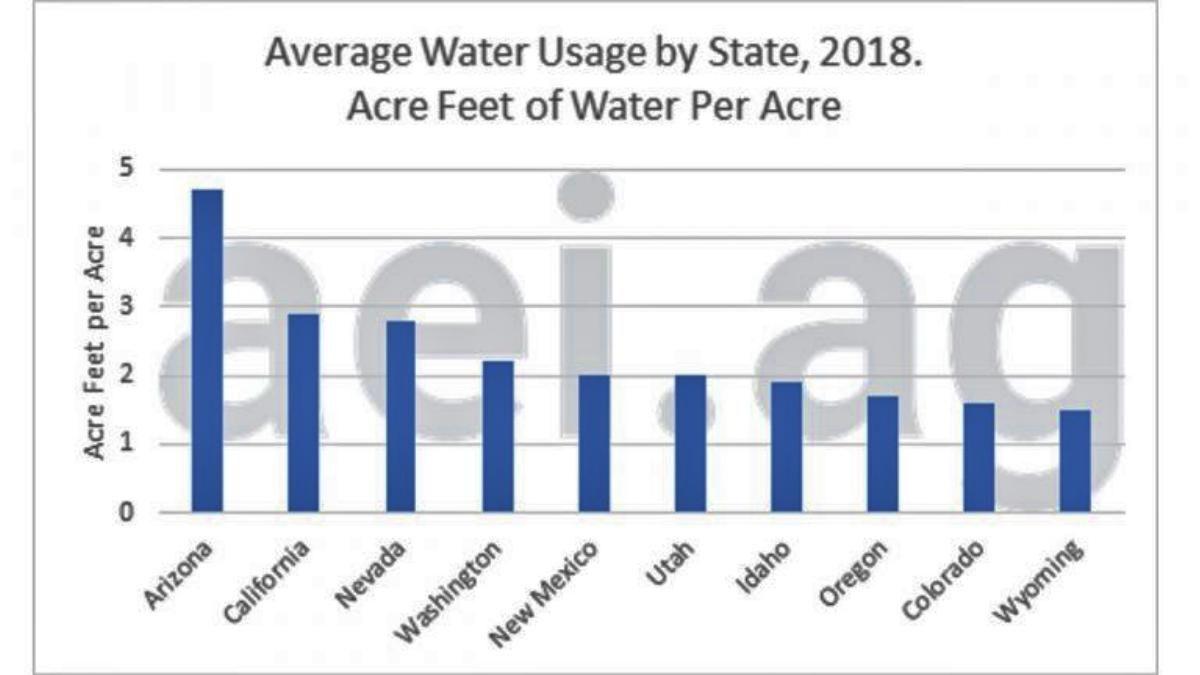 In recent years acres of irrigation have increased in the United States. The expansion is likely due to a combination of boom-era profitability and the long-run increasing trends. Furthermore the drought of 2012 remains fresh in producer minds.

What’s also worth noting is that trends in agricultural irrigation vary significantly at the state level. While the United States has added acres of irrigation, that isn’t the case across all states. Kansas and Texas, for example, observed significant declines. Furthermore the amount of water applied also varies across the country. Some states – due to climate and crop mix – simply apply more water than other regions. 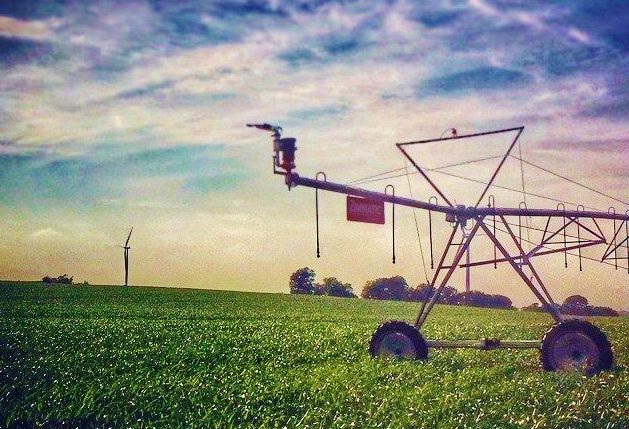 Throughout history the number of irrigated acres in the United States continues to increase.