During the height of uncertainty about the pandemic and economic shutdown, the U.S. meat sector found itself in the middle of several COVID-related disruptions. On the demand side, consumers rushed to the grocery stores, initially emptying the shelves. Meanwhile restaurant activity slumped and summer BBQs were in limbo. And then supply-side challenges proved to be even more challenging throughout the spring and summer.

With some of the uncertainty settling, this week’s post steps back to review U.S. meat-consumption trends as well as the forecasts for 2020 and 2021.

Throughout this post we discuss per capita meat consumption. It’s important to note the U.S. Department of Agriculture reports those data as per capita meat disappearance. The measure is the residual of production, beginning and ending inventories, and import and export data.

In other words the USDA does not explicitly measure consumption but offers a proxy measure that’s essentially consumption. When discussing consumption we are truly reporting the USDA’s measure of meat disappearances. Furthermore a decrease or increase in consumption is not a change in demand. 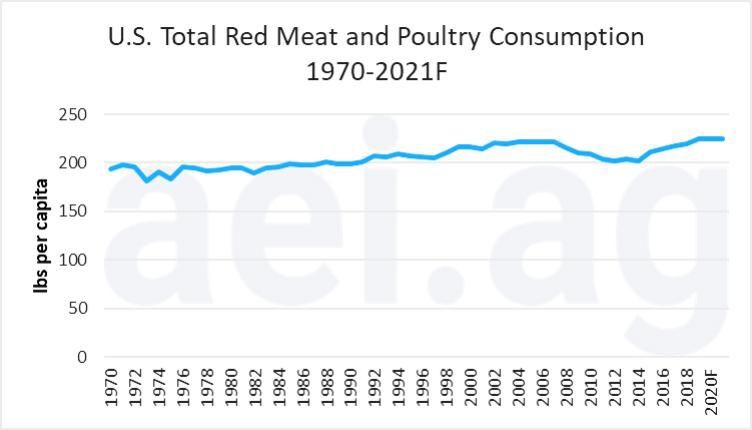 Beyond the total consumption trends, it’s important to recognize each meat has its own set of opportunities, challenges and trends. Figure 2 shows U.S. beef consumption, which has been a long story of decline.

For 2020 consumption was more than 58 pounds. On the one hand the upturn since 2015 is significant and noteworthy. However the reality is that beef consumption remains at well less than 65 pounds per capita, which was last observed in 2007.

For 2021 consumption is estimated to be slightly less than in 2020, with a decrease of 0.4 pounds per capita year-over-year. 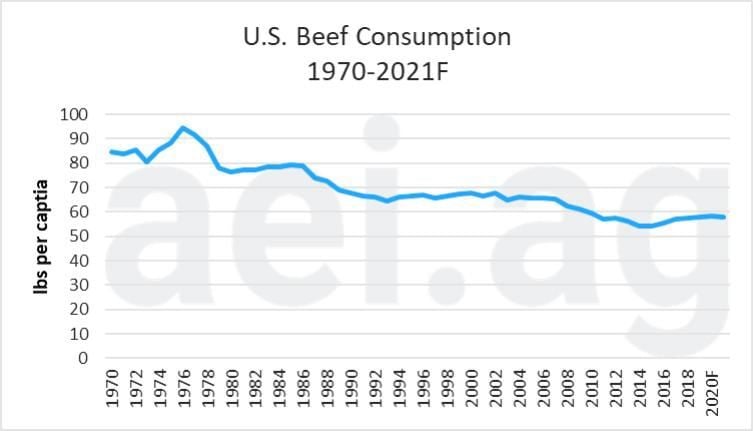 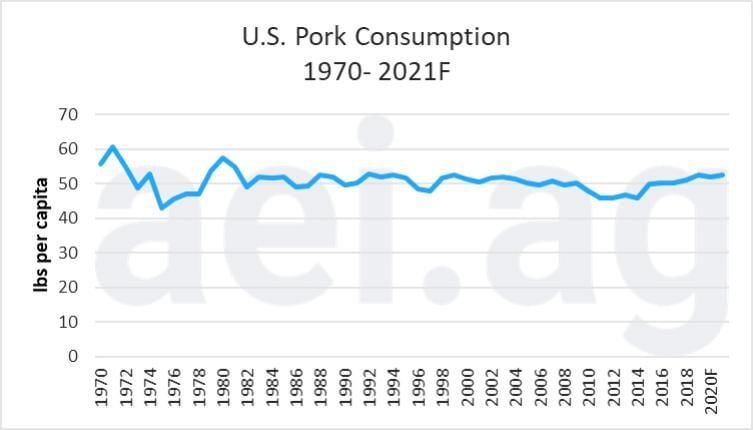 In the 1970s poultry accounted for less than 25 percent of total U.S. meat consumption. But since 2014 poultry has accounted for a majority. 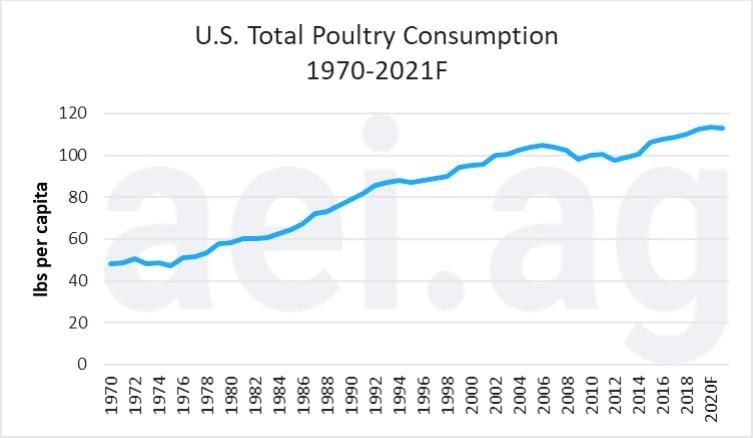 Three primary observations are worth keeping in mind. 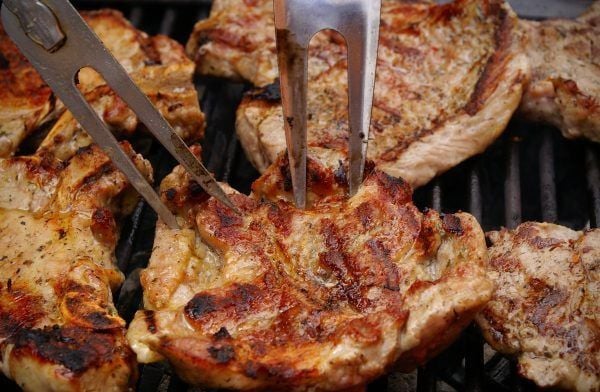