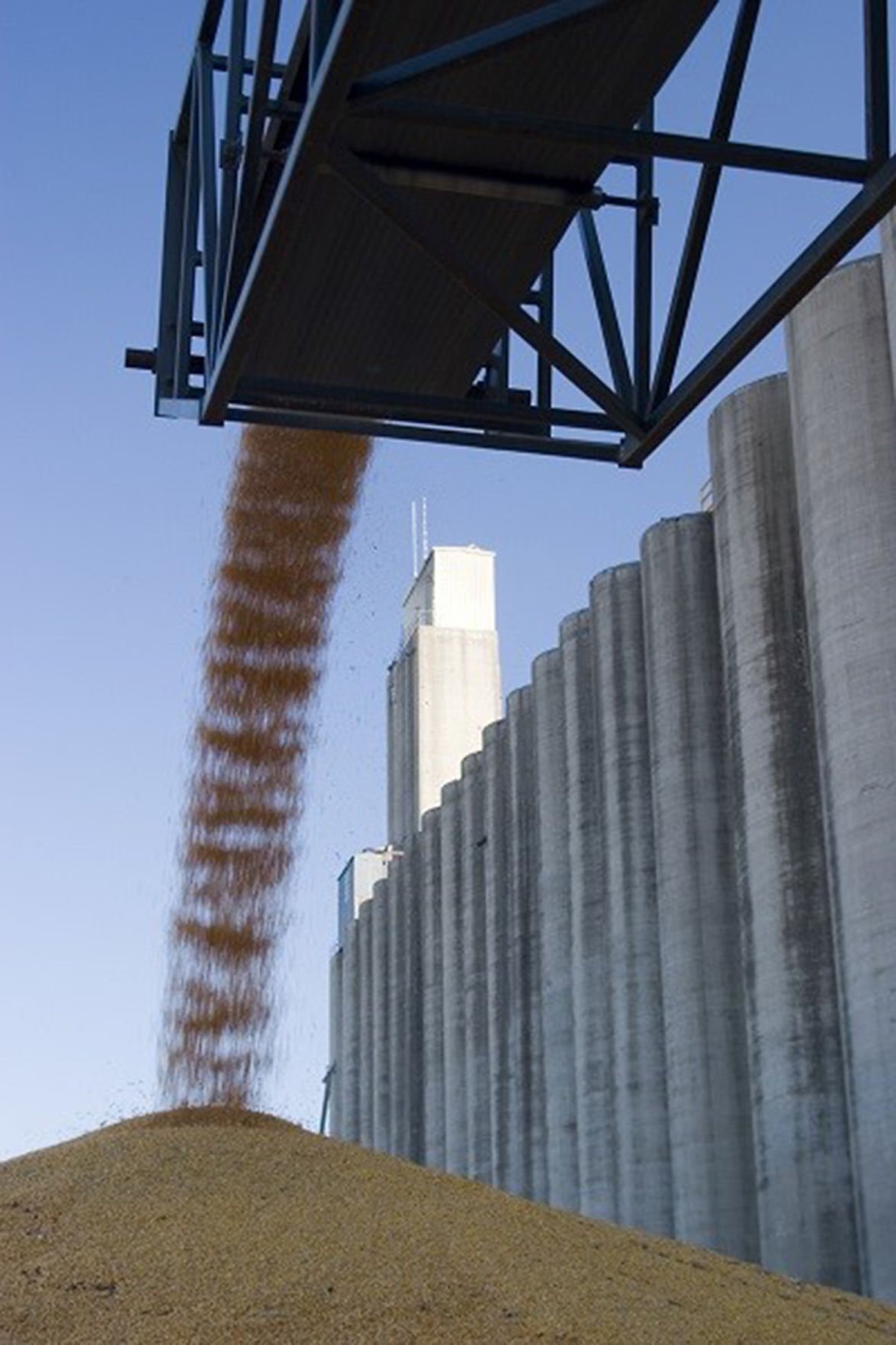 Before diving in it’s important to define two U.S. Department of Agriculture terms. “Sales” are commodities sold but not exported, or delivered. Sales are subject to potential cancelation, especially if the economics or geopolitical environment significantly shift. The second term is “exports,” which means the product was loaded and shipped to the buyer.

We use the term “early sales” throughout this post. With that we’re referring to sales reported before the marketing year begins.

Figure 1 shows total early corn export sales during the past two decades. For the 2020-2021 marketing year, early export purchases of corn were a record 732 million bushels. That’s certainly good news and much improved from the pace the previous year of less than 300 million bushels.

While the uptick in activity is good news, keep in mind exports are much more significant for soybeans. For example the September World Agricultural Supply and Demand Estimates report estimated exports would account for 48 percent of total soybean use, but only 16 percent of total corn use. 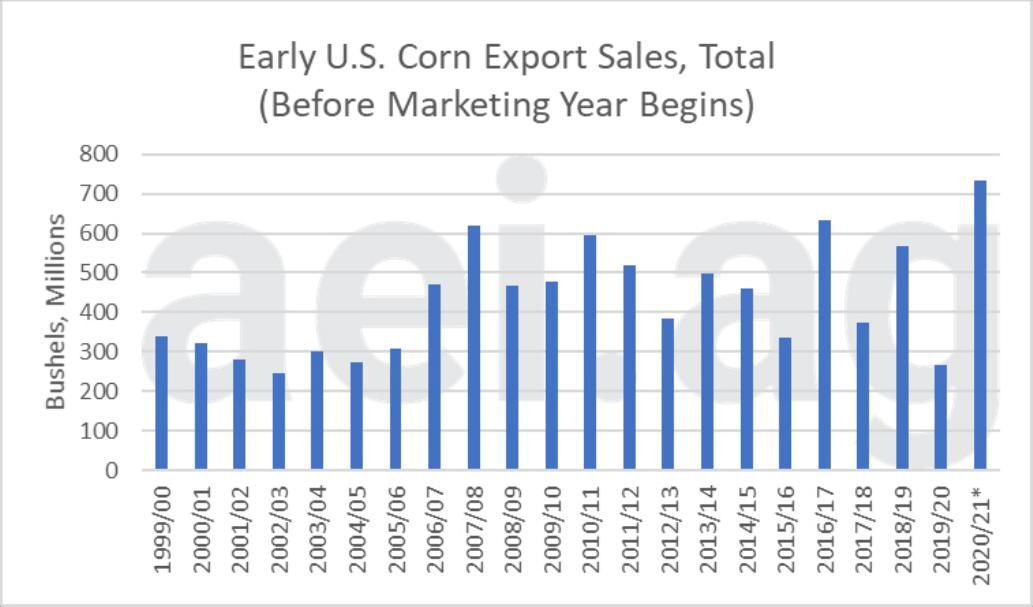 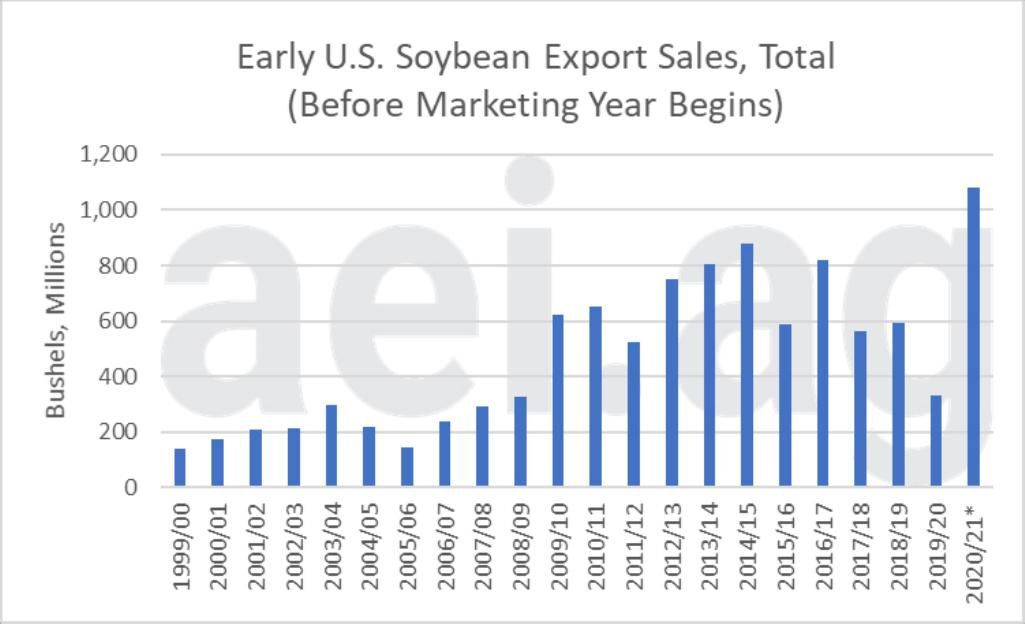 All eyes have been on China. With the “Phase 1” agreement there was hope China’s purchase activity would – at a minimum – return to pre-trade-war levels. China’s purchases through this summer were disappointing but the seasonality of soybean purchases was an important consideration.

Figure 3 shows the early corn purchases made by China. At almost 350 million bushels, China’s activity is notable for two reasons. First the purchases are record, nearly tripling the previous 2013-2014 record. Second it’s the first significant early purchase of corn in seven years. China has accounted for almost half at 47 percent of the total early corn-export sales for 2020.

Figure 4 shows the early soybean-export sales made to China. At almost 570 million bushels, that’s also a record amount of activity. Furthermore the pace of purchases is much more than the trade-war levels of less than 50 million bushels. 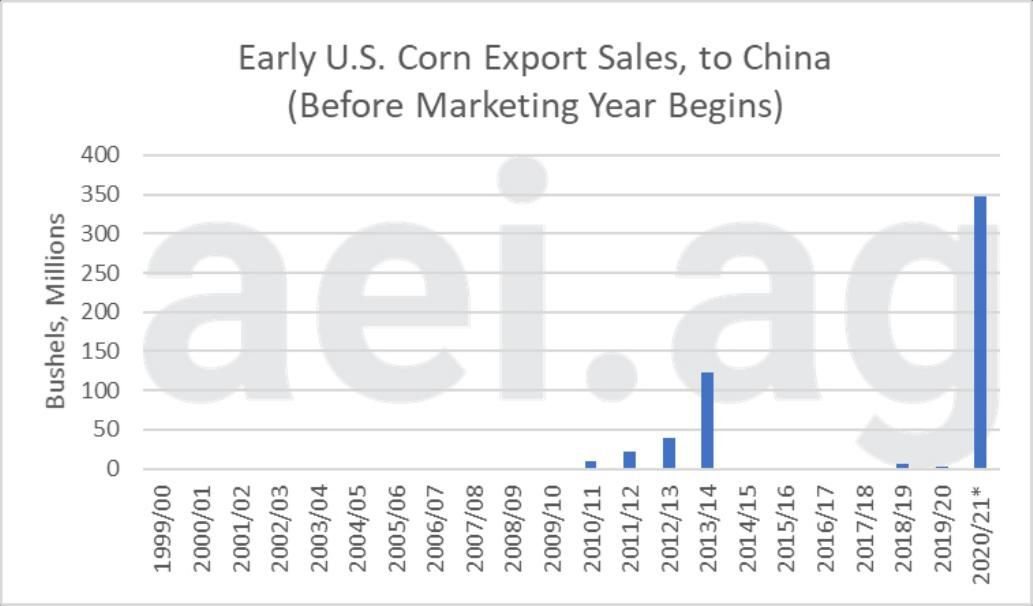 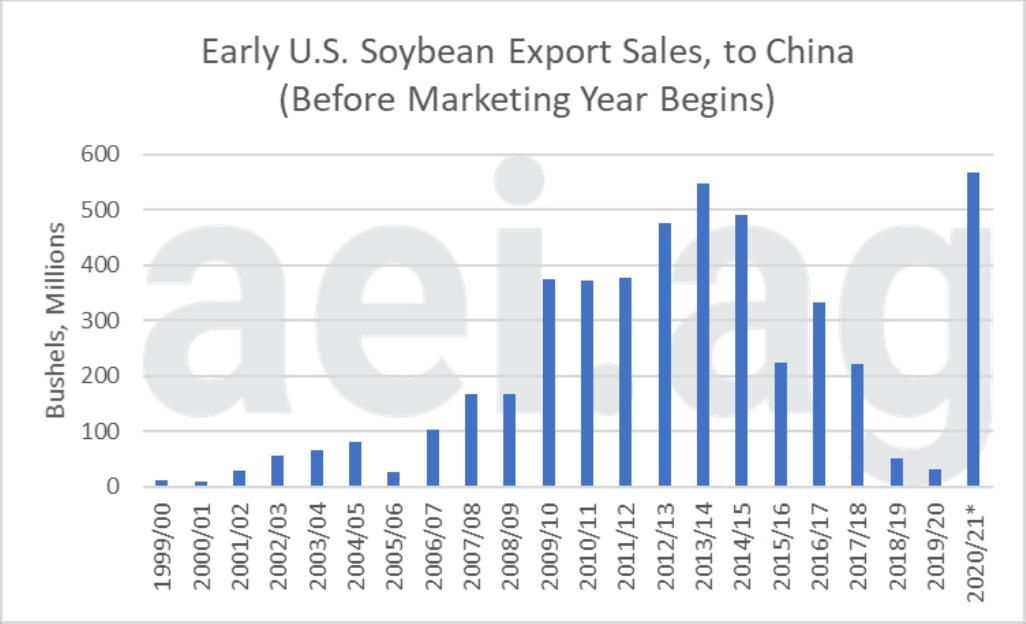 While the uptick in early export sales is encouraging, it’s important to realize the USDA’s usage projections already have strong exports factored in. Corn exports, which have decreased in recent years, are expected to rebound strongly in 2020-2021. Even with a 32 percent increase as compared to the previous year’s activity, exports are expected to remain at less than 2017-2018 levels.

The situation is similar for soybeans. After sharply declining during the trade war, current expectations are for a return to pre-trade-war levels. 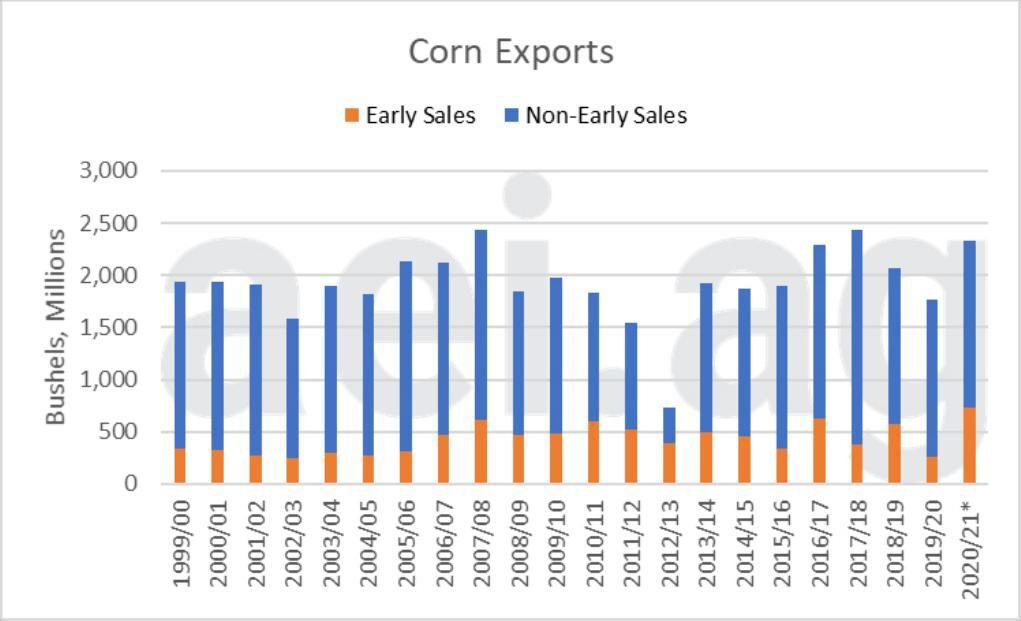 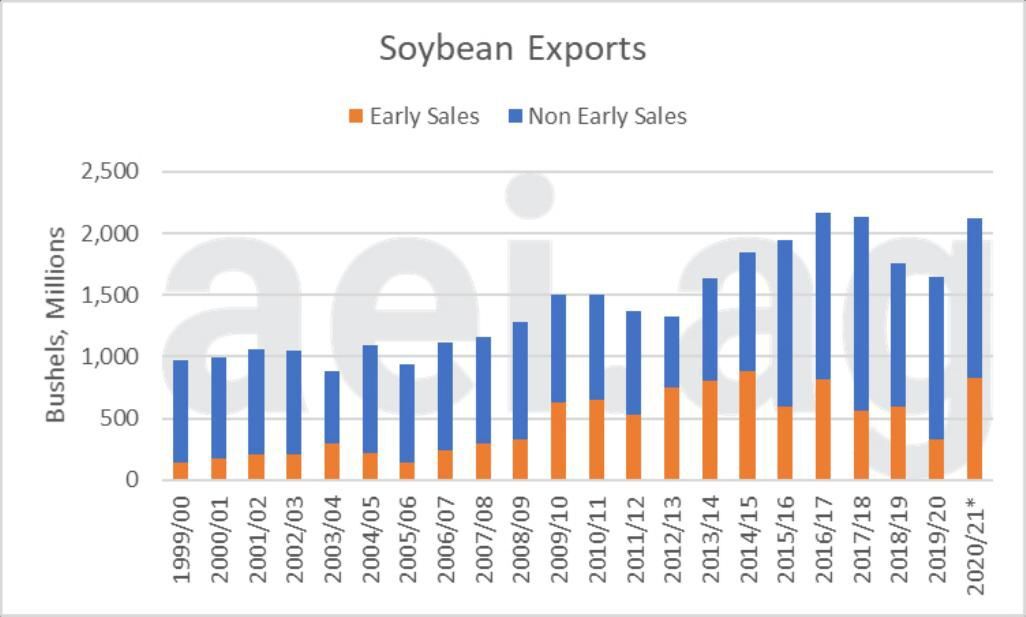 The uptick in early export sales of corn and soybeans is a positive story for U.S. agriculture. After two years of decline – even as ending stocks expanded – the export prospects are encouraging.

All signs point to China returning as a significant buyer of U.S. soybeans. A new development has been China’s early corn purchases. While many will ponder if China is going to meet the Phase 1 commitments, don’t miss the forest for the trees. The most relevant thread from the data is that China is positioned to return as a significant buyer, a welcome improvement from the trade-war stalemate.

The implication of record early export sales might be less significant for 2020-2021 than first meets the eye. For both corn and soybeans, the USDA already estimates a strong recovery in total exports for the marketing year. In other words the early export sales data is mostly confirming the USDA’s initial and current estimates.

While a lot can happen throughout the 2020-2021 marketing year, exports are off to a strong start.