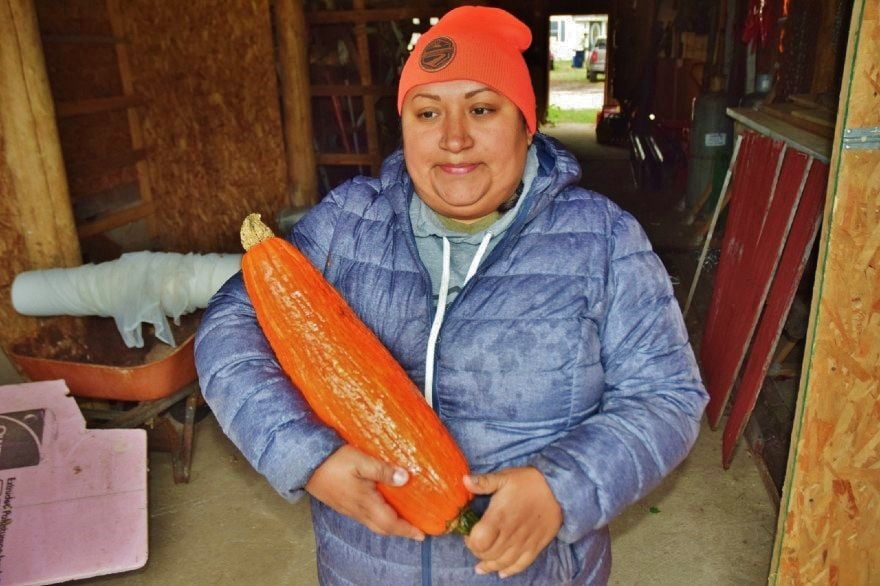 Rosebud Schneider carries Ziibimijwang Farm produce. The farm has played an important role in reconnecting the Little Traverse Bay Bands of Odawa Indians with their agricultural heritage and traditions. 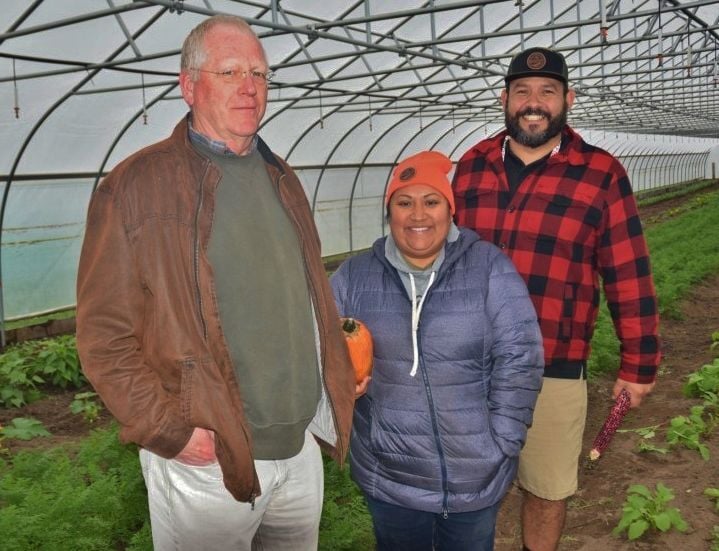 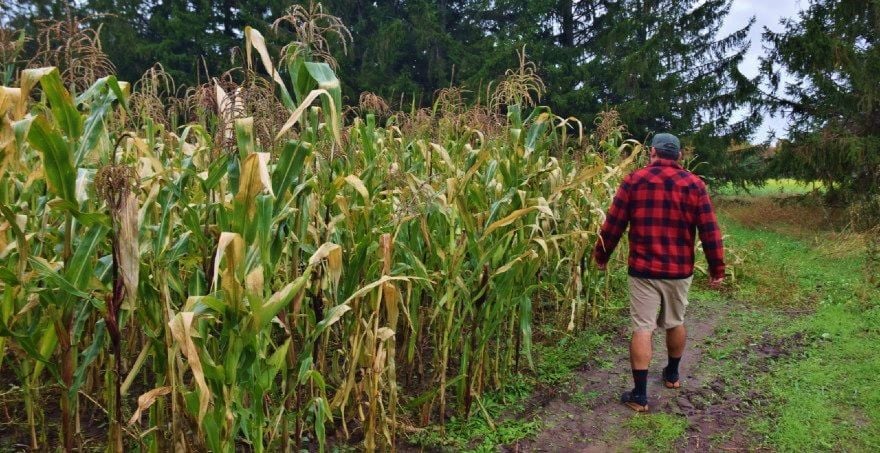 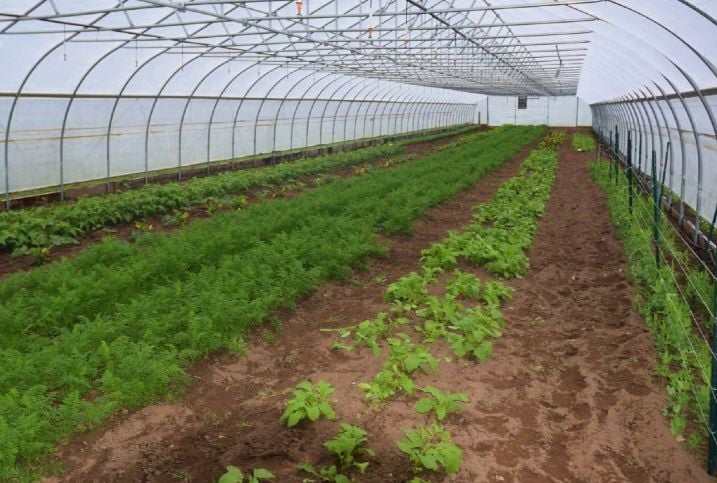 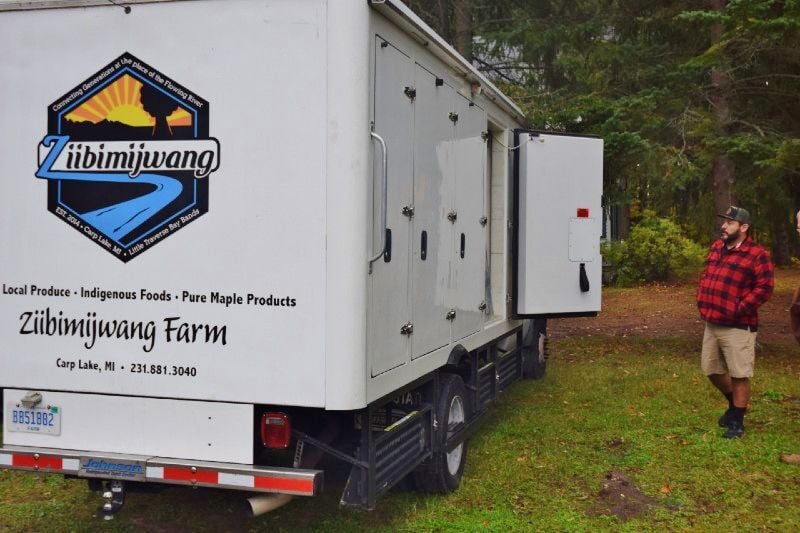 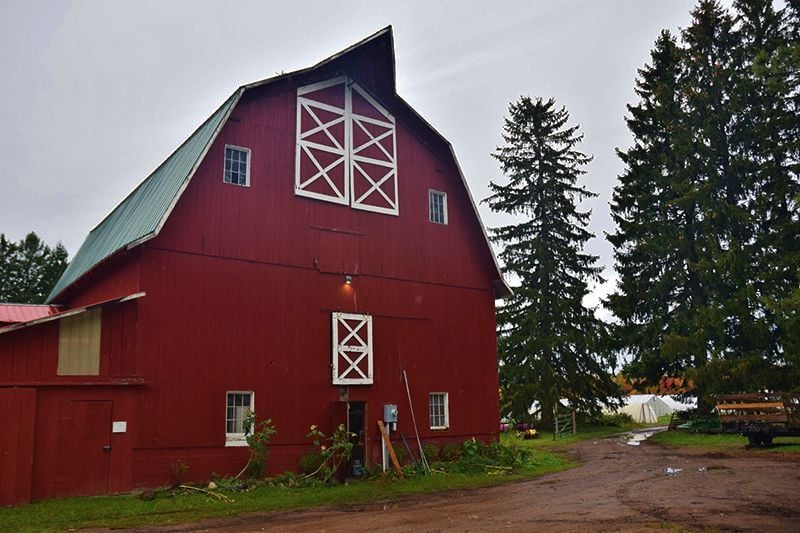 Joe VanAlstine would like to see Ziibimijwang Farm become a food hub for northern Michigan.

Rosebud Schneider carries Ziibimijwang Farm produce. The farm has played an important role in reconnecting the Little Traverse Bay Bands of Odawa Indians with their agricultural heritage and traditions.

Joe VanAlstine would like to see Ziibimijwang Farm become a food hub for northern Michigan.

EMMET COUNTY, Mich. – Ziibimijwang Farm in Emmet County is a link to the past as well as the future for the Little Traverse Bay Bands of Odawa Indians.

“The goal of Ziibimijwang Farm is food sovereignty and creating new tribal farmers,” said Joe VanAlstine, chairperson of Ziibimijwang Inc., a non-profit formed by the tribe to oversee the 311-acre farm.

The tribe purchased the farm in 2012.

“The name means ‘the place where food grows near the river’ for its location near the Carp River,” VanAlstine said.

The farm includes about 100 tillable acres with forest comprising the rest.

Bill Borgeld is a district conservationist for the U.S. Department of Agriculture’s Natural Resources Conservation Service. He has been working on projects with the tribe’s natural-resources department, including tree planting and fish passages to a tribal aquaculture pond for raising walleye. When the tribe decided to buy a farm they contacted him for assistance.

Operating the farm has been a challenge but the tribe had a good growing season in 2019. Products grown on the farm are sold at area farmers markets, tribal events and at Minogin Market, a tribal-owned store in Mackinaw City, Michigan. The farm also sells wholesale to several area restaurants.

Some of the produce included in 2019 sales were grown in two seasonal high tunnels. One tunnel was built with funding from the Natural Resources Conservation Service’s Environmental Quality Incentives Program. With a goal of providing locally grown tomatoes, the farm sold its first tomatoes in July 2019. The tribe added heating to both tunnels; they plan to grow in them year-round.

With the changing climate the tribe is also utilizing Environmental Quality Incentives Program funds for planting trees and shrubs that may be better adapted to warming conditions. Species planted include shagbark hickory, American plum, tulip tree, American hazelnut and Allegheny serviceberry. The tribe will monitor the plantings to see which species are best-suited to conditions on the farm.

Farm aims at future with heritage

The farm has played an important role in reconnecting the tribe with its agricultural heritage and other traditions. Tribe members learned that a variety of heirloom corn in a collection at the University of Michigan was last grown by their ancestors.

“They are now growing the corn and teaching tribal members how to process it into corn meal and hominy,” said Rosebud Schneider, market manager for the farm.

The farm has a “three sisters” garden that includes heirloom varieties of corn, squash and beans.

“The three plants are staples and complement each other when grown together,” VanAlstine said.

Tribal members are invited to help plant and harvest, and learn how to preserve and utilize food grown on the farm. Skill-sharing is an important part of the operation, but it extends beyond farming. To encourage tribal youth to be involved in agriculture, the farm has hosted workshops for tribal youth. They learn how to make items such as lacrosse sticks and drums from items harvested on the farm.

Those involved with the farm have no shortage of ideas of how to further utilize the farm in the future. VanAlstine, who also works for the tribe as its food-distribution manager, said he would like to provide more traditional foods to tribal members who receive food through USDA programs. He would also like to see the farm become a food hub for northern Michigan.

“The Odawa have always been traders,” he said.

Brian Buehler is the public-affairs specialist for the U.S. Department of Agriculture’s Natural Resources Conservation Service in Michigan.

WANTED TO LEASE: Ranch from re