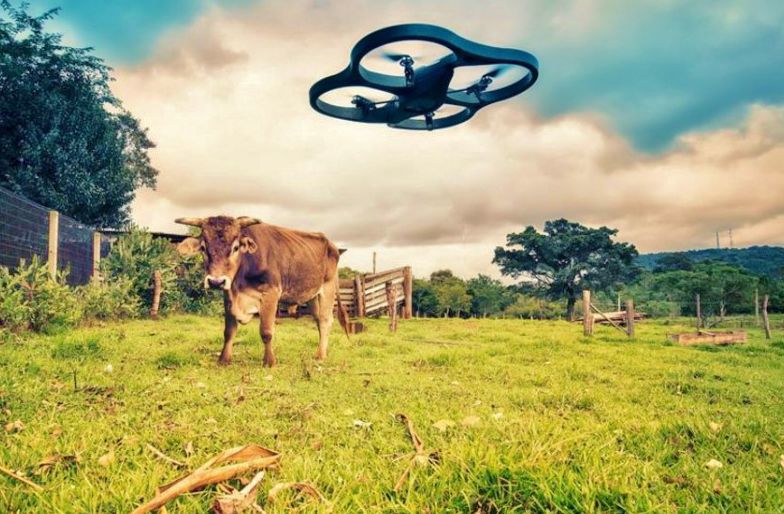 U.S. agriculture would realize benefits amounting to nearly 18 percent of total U.S. market production – or $64.5 billion annually based on 2017 levels.

U.S. agriculture would realize benefits amounting to nearly 18 percent of total U.S. market production – or $64.5 billion annually based on 2017 levels.

If access to broadband and adoption of digital agricultural technologies matched producer demand, U.S. agriculture would realize benefits amounting to nearly 18 percent of total U.S. market production – or $64.5 billion annually based on 2017 levels. 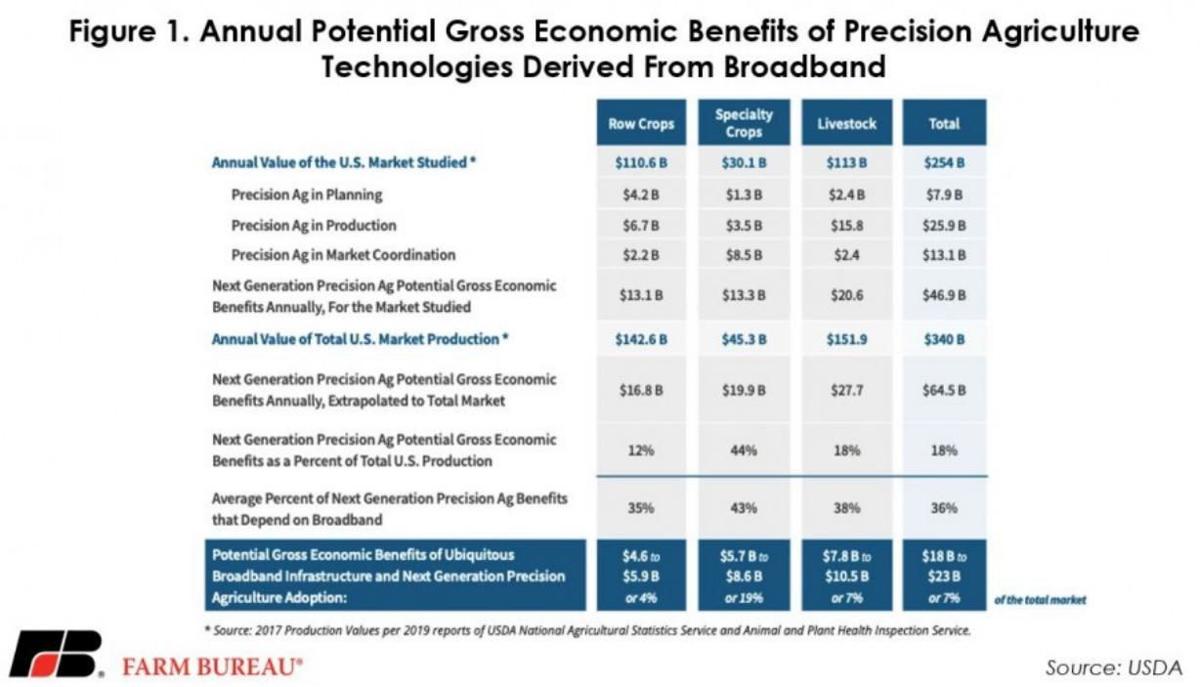 That’s according to the U.S. Department of Agriculture’s “A Case for Rural Broadband,” published by the American Broadband Initiative. The report analyzes the possible economic benefits of bringing e-connectivity to the heartland. More importantly it looks at what needs to be done to make it happen.

From the way producers store and ship commodities to the way consumers purchase their food, the introduction and widespread usage of the household refrigerator has irrevocably changed the food-supply-chain system. A similar shift is upon us with the advent of digital technology and next-generation precision agriculture. It will result in ever-increasing productivity with fewer inputs, better market access and healthier rural communities. Just as electricity allowed for refrigeration, to realize the benefits of new digital technology, high-speed broadband service must be available everywhere.

The best rate of adoption for precision technology used to improve yields and reduce costs is in the already greatly mechanized row-crop sector. The USDA estimates connected technologies in row crops could result in a $13.1 billion gross benefit annually from next-generation precision ag. Technology for improved planning can result in microclimate modeling, yield monitoring and precision seeding. It’s estimated to have a combined potential annual gross benefit of $4.2 billion, with $1.1 billion attributable to access to broadband services. 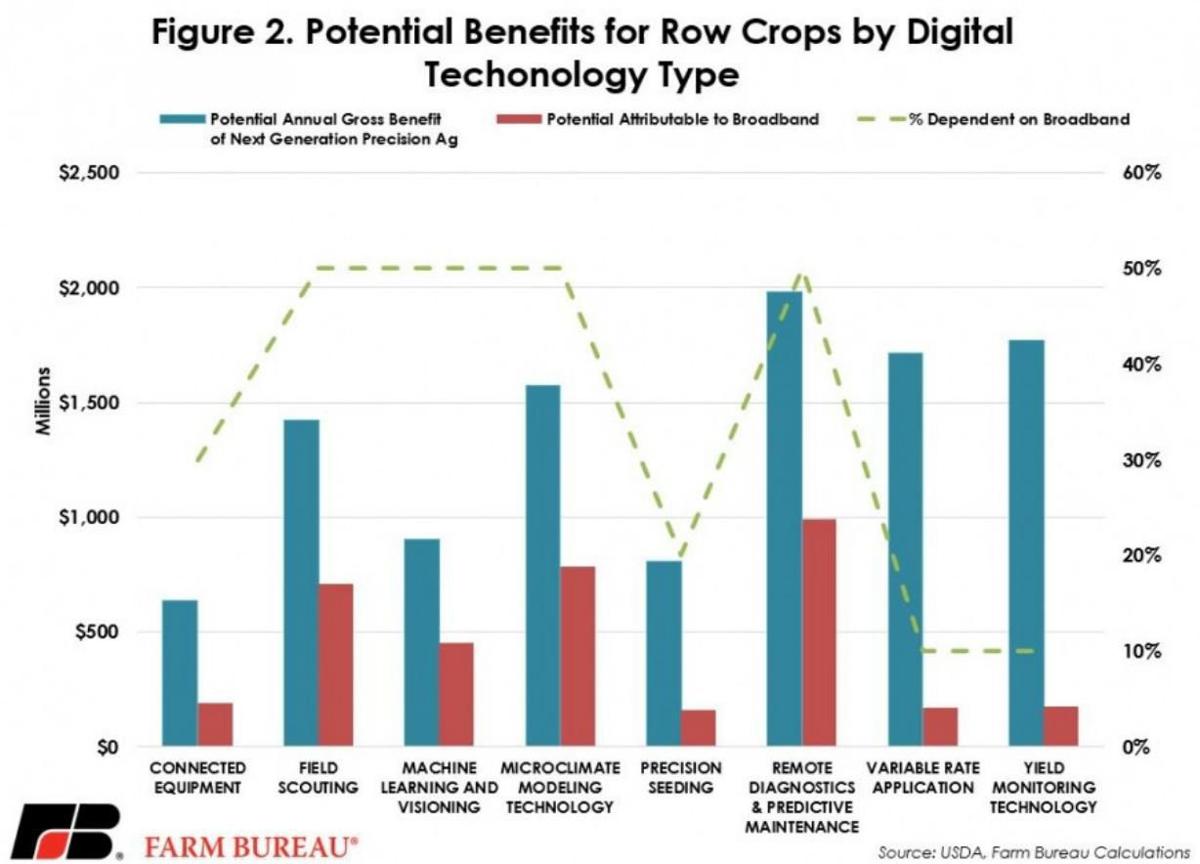 On the production side of new technologies, the potential is even greater. From precision agriculture $6.7 billion in benefits could be derived, with $2.5 billion attributable to broadband. There would be an average dependence of 34 percent on broadband services to utilize those new technologies. The key to unlocking those significant gains is full deployment and adoption of broadband infrastructure. Figure 1 outlines the potential benefits for row-crop production and planning technology compared to the potential attributable to broadband with the percent of technology dependent on broadband.

Specialty-crop farmers could also see major gains with the adoption of new production and planning technology. Total annual benefits for next-generation precision ag for specialty crops is estimated at $13.3 billion. With a possible increase of $8.5 billion, market-coordination efforts will likely receive the biggest boost from the adoption of digital technologies. Of the new opportunities in market coordination, direct-to-consumer sales are estimated to post a potential annual gross benefit of $6.4 billion, with $3.2 billion in potential attributable to broadband. 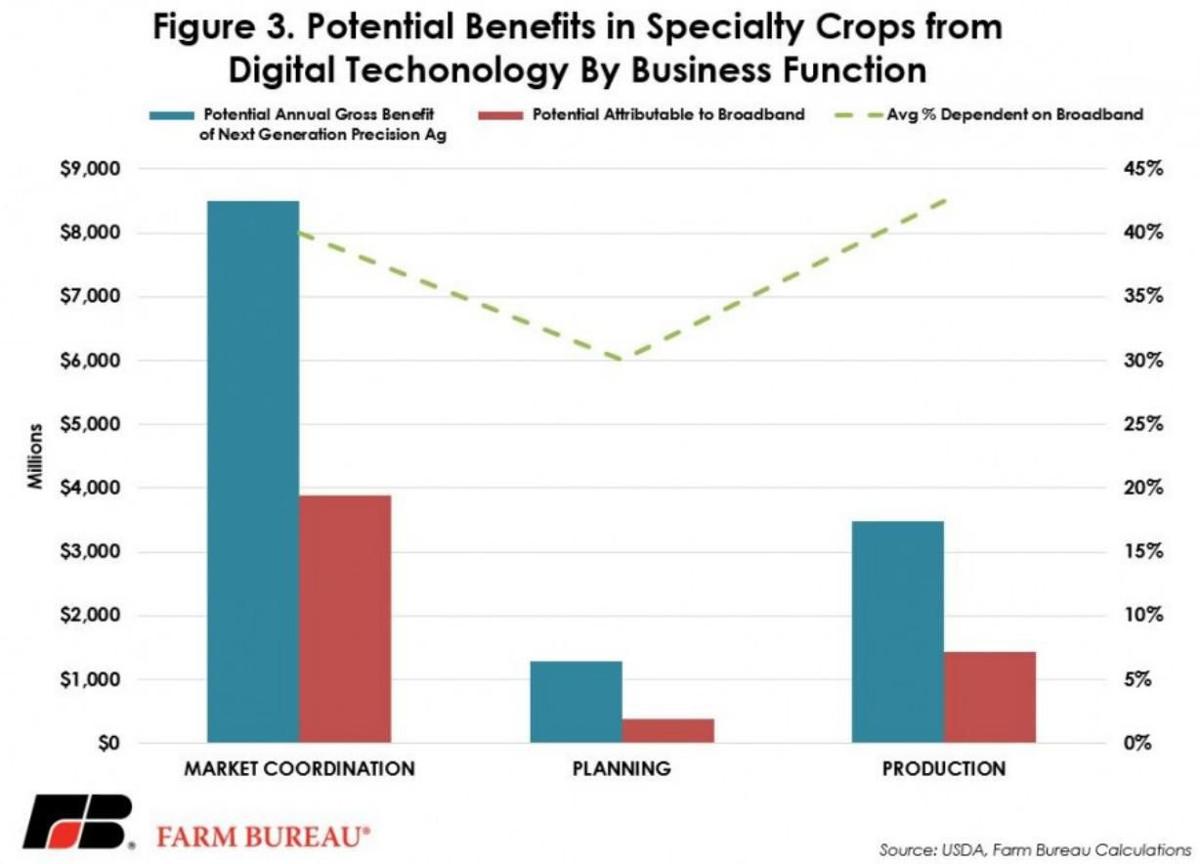 Specialty-crop producers can shorten the supply chain by utilizing digital platforms. The USDA estimates a revenue increase of 50 percent per unit of apples, 649 percent per unit of salad mix and 183 percent per unit of blueberries. Figure 2 illustrates the breakdown of potential financial benefits from next-generation precision ag and the amount attributable to access to broadband services.

Livestock, dairy to see most benefit

According to the USDA’s estimates the livestock and dairy sectors are poised to benefit the most from next-generation precision ag. Annual potential gross benefits total $20.6 billion. The majority of estimated benefits come from the production side, focused on increased efficiency of animal care. Utilizing Bluetooth technology, animal wearables transmit general health data directly to the producer. They result in a 15 percent reduction in medication per animal. They also result in a shortening of the cattle finishing process by four to six weeks. 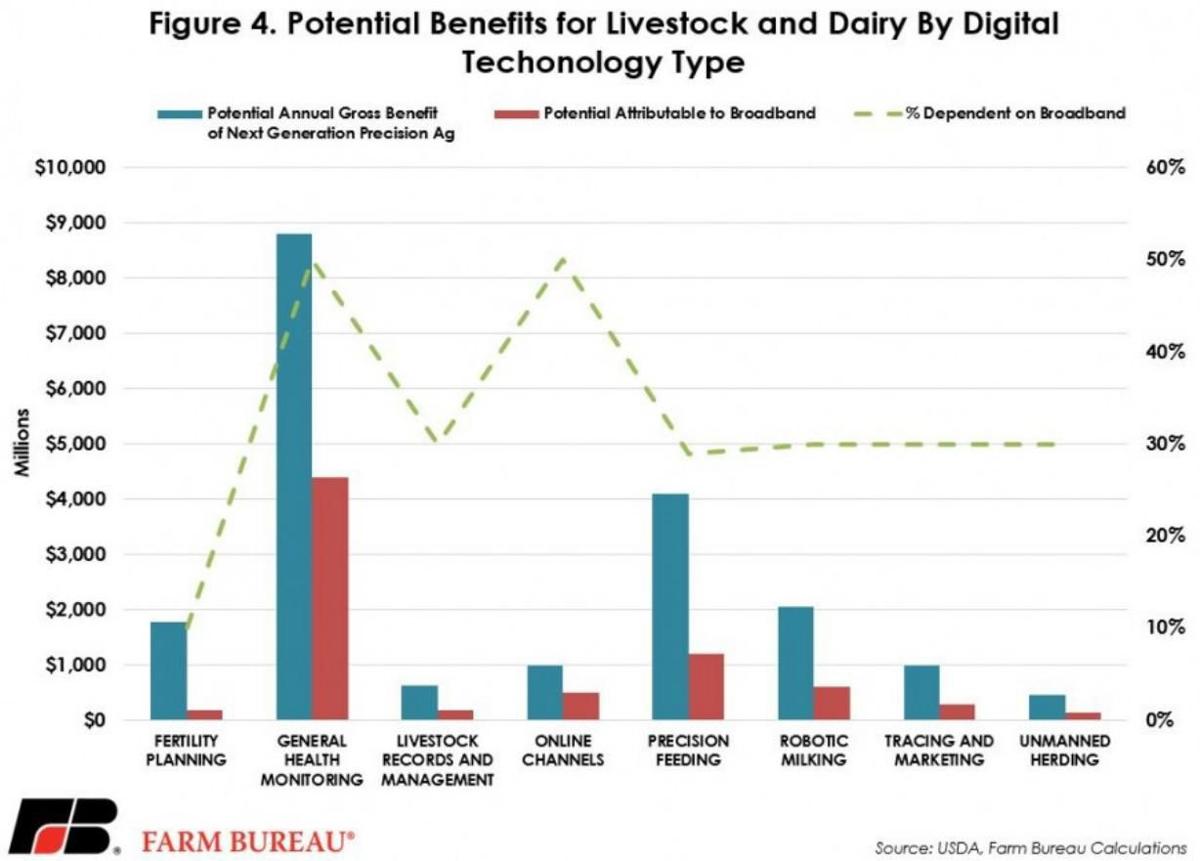 Technological advances in general health monitoring alone are estimated to generate $8.8 billion in annual gross benefits. Producers in the livestock and dairy sectors are poised to reap enormous benefits from next-generation precision ag. But they are also the most dependent on reliable high-speed broadband to enable new technological advancements. Figure 3 outlines the potential benefits for livestock and dairy compared to the potential attributable to broadband, along with the percent of technology dependent on broadband.

As with electricity, the dawn of digital technology has brought an unimaginable amount of change to every aspect of our lives. Precision agriculture has led to 7.5 percent fewer people at risk of going hungry in developing countries. It’s led to as much as an 80 percent reduction in the application of crop-protection tools.

New technology is able to inform and improve business decision making. But without widespread adoption of next-generation precision-agriculture tools and access to broadband infrastructure, those benefits cannot be realized.

The USDA has outlined key priorities for strategic-action planning.

To bring broadband services to even the most remote areas, public and private entities must work closely with communities to determine specific needs and challenges. Reducing barriers in federal processes to access government assets is one of the cornerstones of the American Broadband Initiative. It continues to be a focus at the federal level. The task of actualizing broadband infrastructure relies on funding for deployment as well as for new innovations that can lead to long-term successes for the entire sector.

The USDA’s report puts the hypothesized potential benefits that broadband technology and infrastructure could bring to rural areas at $64.5 billion annually. Increasing the availability of broadband to all of rural America, coupled with increased precision-agriculture adoption, are estimated to increase the gross economic benefits to row-crop agriculture by 4 percent, $5.9 billion. They are estimated to increase benefits by 19 percent for specialty crops, or as much as $8.6 billion. The estimate for livestock is 7 percent, or as much as $23 billion.

One limitation of the report is it doesn’t incorporate implementation costs, which will inevitably be incurred by rural residents, service providers and/or state and federal governments. The report should be seen as a tool to illustrate the potential of broadband technology, rather than the only source for future investment-related decision-making.

The USDA leaves us with a call to action – spread the word. For the full economic benefits of high-speed broadband to be realized throughout rural areas, adoption rates of precision-agriculture tools and next-generation technology must be much greater. All potential benefits are estimations based on rigorous research. But producers must perform their own cost-benefit analysis to see where emerging technologies fit in their operations.

Visit youtube.com and search for “Farm Bureau broadband“ to view a video regarding the report.