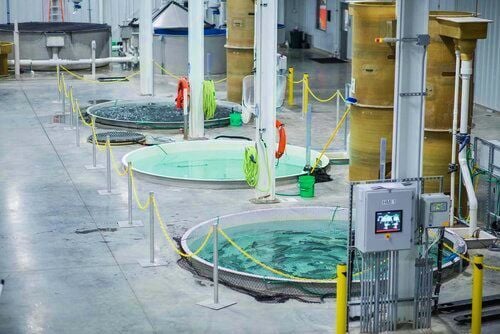 Rotational velocity of water in each tank is specific to the size of the Atlantic salmon growing at Superior Fresh of Northfield, Wisconsin. The company will demonstrate its aquaponics technology at the 2021 Wisconsin Farm Technology Days. 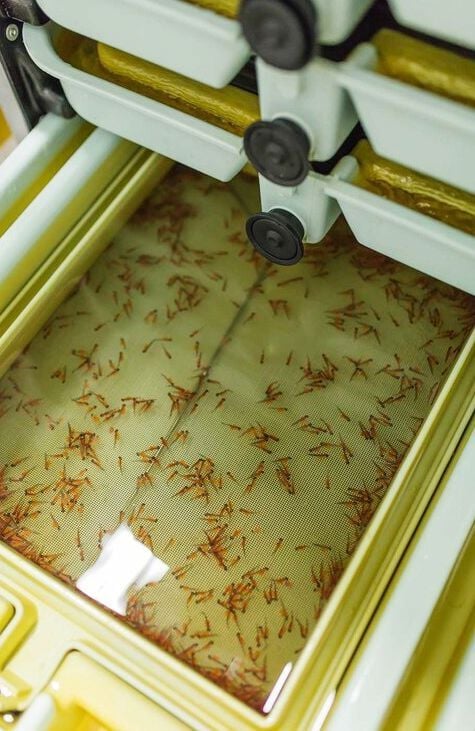 Atlantic-salmon eggs are incubated in a Superior Fresh hatching room. Once they hatch the fish are raised in a system where all inputs and outputs are controlled. 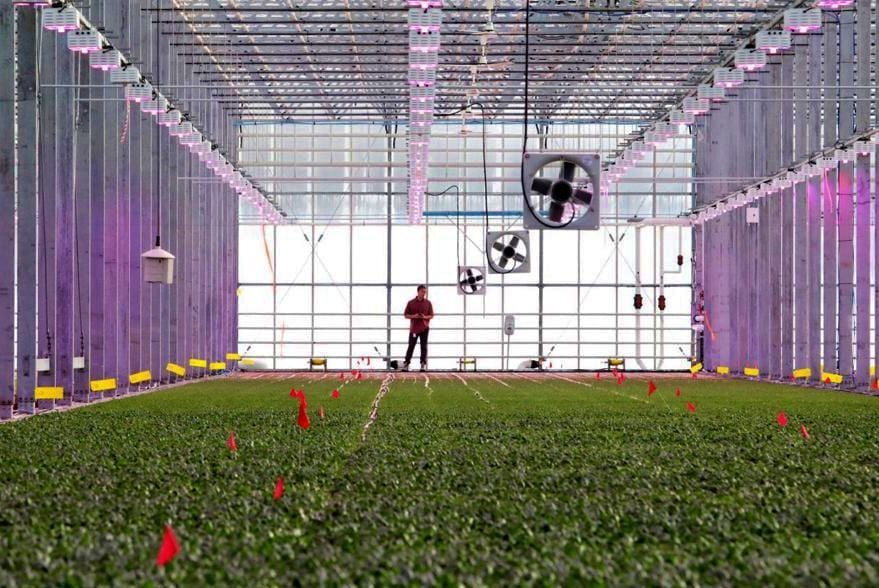 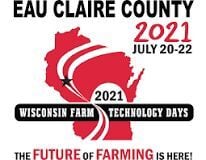 EAU CLAIRE, Wis. – Atlantic salmon and leafy greens aren’t something one would likely see at a farm show. But they’ll be making a splash at the 2021 Wisconsin Farm Technology Days, which will be held July 20-22 in Eau Claire County.

Superior Fresh of Northfield, Wisconsin, will showcase its aquaponics technology at the event’s Innovation Square. The technology combines a recirculating aquaculture system with a hydroponic system. Water in which the company’s Atlantic salmon are raised is pumped into greenhouse tanks where various leafy greens are grown. Fish excrement provides fertilizer for the plants.

“We’ll bring a small aquaponics system to Innovation Square,” said Brandon Gottsacker, president of Superior Fresh. “We’ll have salmon in tanks and will show how we cycle water to a greenhouse, and technology within the greenhouse.”

Eric Rygg and his family are hosting Farm Technology Days on Huntsinger Farms near Eau Claire.

“It’s a big innovation for producing food with less land,” he said. “This is the future of farming.”

Fish eggs are delivered to Superior Fresh every two months for the aquaponics system. Once the eggs hatch the fish are raised in an environmentally controlled system. Rotational velocity of the water in each tank is specific to the size of the fish, according to the company. Fish wastes are continually withdrawn while fresh water is added. The nutrient-rich wastewater is pumped to the greenhouse where plants absorb the nutrients. Clean water is then returned to the fish tanks.

“The system is designed to keep water clean,” Gottsacker said. “We have thousands of points to monitor water quality.”

When fish reach adolescence they’re moved to new tanks where they continue growing for another year. They’re harvested once they reach 10 pounds.

Superior Fresh produces 15 to 20 different types of organic leafy greens such as baby and head lettuce, red and green radicchio, sorrel, arugula and kale. The salmon and produce are sold throughout the Midwest.

“We can produce 100,000 pounds of food on a gallon per minute of water; it’s a sustainable method,” Gottsacker said. “The feed-conversion ratio is 1 pound of salmon per 1 pound of feed.”

Todd Wanek, the CEO of Ashley Furniture Industries Inc., and his wife, Karen Wanek, established Superior Fresh in 2012; they opened the Northfield facility in 2017. By 2019 the greenhouse footprint at Superior Fresh had increased from 6 to 13 acres while the aquaculture area increased from 40,000 to 100,000 square feet, according to Mordor Intelligence.

The company has its sights on even-larger facilities on the east and west coasts to bring locally grown salmon and greens within reach of millions more people. The projects include bio-security measures to prevent contamination. They’re designed to decrease transportation costs and provide locally sourced food.

“The Waneks are committed to growing food more sustainably without the use of antibiotics and pesticides,” Gottsacker said.

Superior Fresh controls all inputs to keep fish healthy. And it’s not shipping salmon thousands of miles, compared to East Coast fisheries, so it maintains less of a carbon footprint. Ninety percent of Atlantic salmon is grown in net pens in the Atlantic Ocean, where operations must contend with storms and algae blooms, he said.

“We avoid such external pressures in a controlled environment,” he said.

The same goes for produce. A controlled environment enables leafy greens to be grown in January in Wisconsin, he said.

Because produce grown in aquaponics systems is free from synthetic fertilizers and pesticides, demand for that organically grown produce has great potential, according to ResearchandMarkets.com. The market analyst estimates the global aquaponics market to grow at an annual rate of 12.5 percent through 2026.

Innovation Square will be located on the grounds of Wisconsin Farm Technology Days. The event will be held July 20-22 at Huntsinger Farms, W3020 Mitchell Road, Eau Claire.

Barry Adams with the Wisconsin State Journal contributed to this story.

Editor’s note: This article is part of a series featuring women who are serving as conservation coaches for Wisconsin Women in Conservation.

The “holy grail” of a rare plant in Wisconsin recently was found by a Wisconsin Department of Natural Resources conservation biologist. He fou…

ASHLAND, Wis. – We all know life is unpredictable. Sometimes it’s downright difficult. What we do during and after the difficult patches is a …

COLBY, Wis. – Matt and Craig Oehmichen, co-owners of Short Lane Ag Supply in Colby, are “2021 Friends of Conservation,” chosen by the Wisconsi…

Before signing a carbon contract and entering a market that has many unknowns, farmers, ranchers and landowners – along with their attorneys –…

Twenty-six companies and cooperatives recently were selected to receive grants by the Dairy Business Innovation Alliance. The grants total $1.…

Editor’s note: This article is part of a series featuring women who are serving as conservation coaches for Wisconsin Women in Conservation.

BARABOO, Wis. – Aron and Laura McReynolds and their family five years ago opened New Life Lavender and Cherry Farm near Baraboo. In every one …

Rotational velocity of water in each tank is specific to the size of the Atlantic salmon growing at Superior Fresh of Northfield, Wisconsin. The company will demonstrate its aquaponics technology at the 2021 Wisconsin Farm Technology Days.

Atlantic-salmon eggs are incubated in a Superior Fresh hatching room. Once they hatch the fish are raised in a system where all inputs and outputs are controlled.