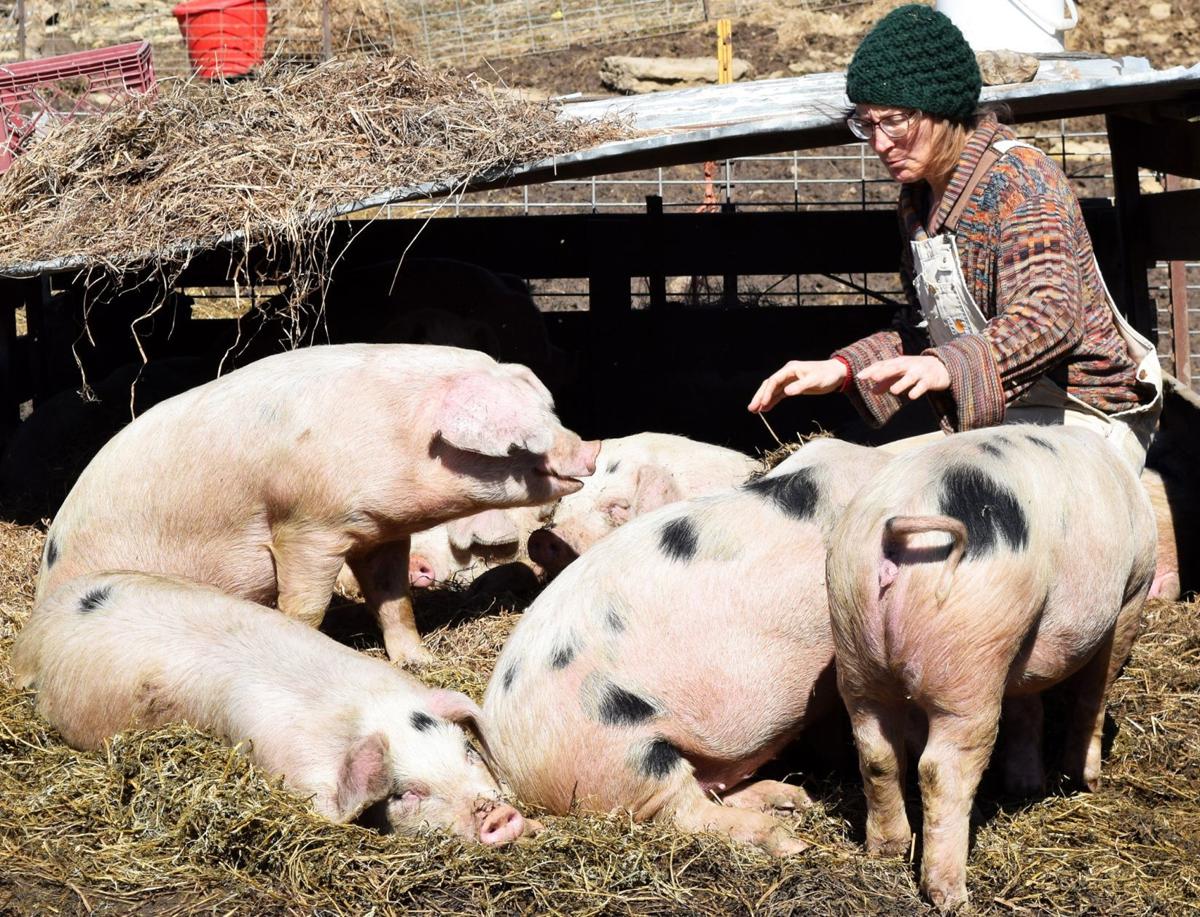 April Prusia spends time observing and scratching pigs in addition to feeding them. The herd has access to the outdoors year-round. 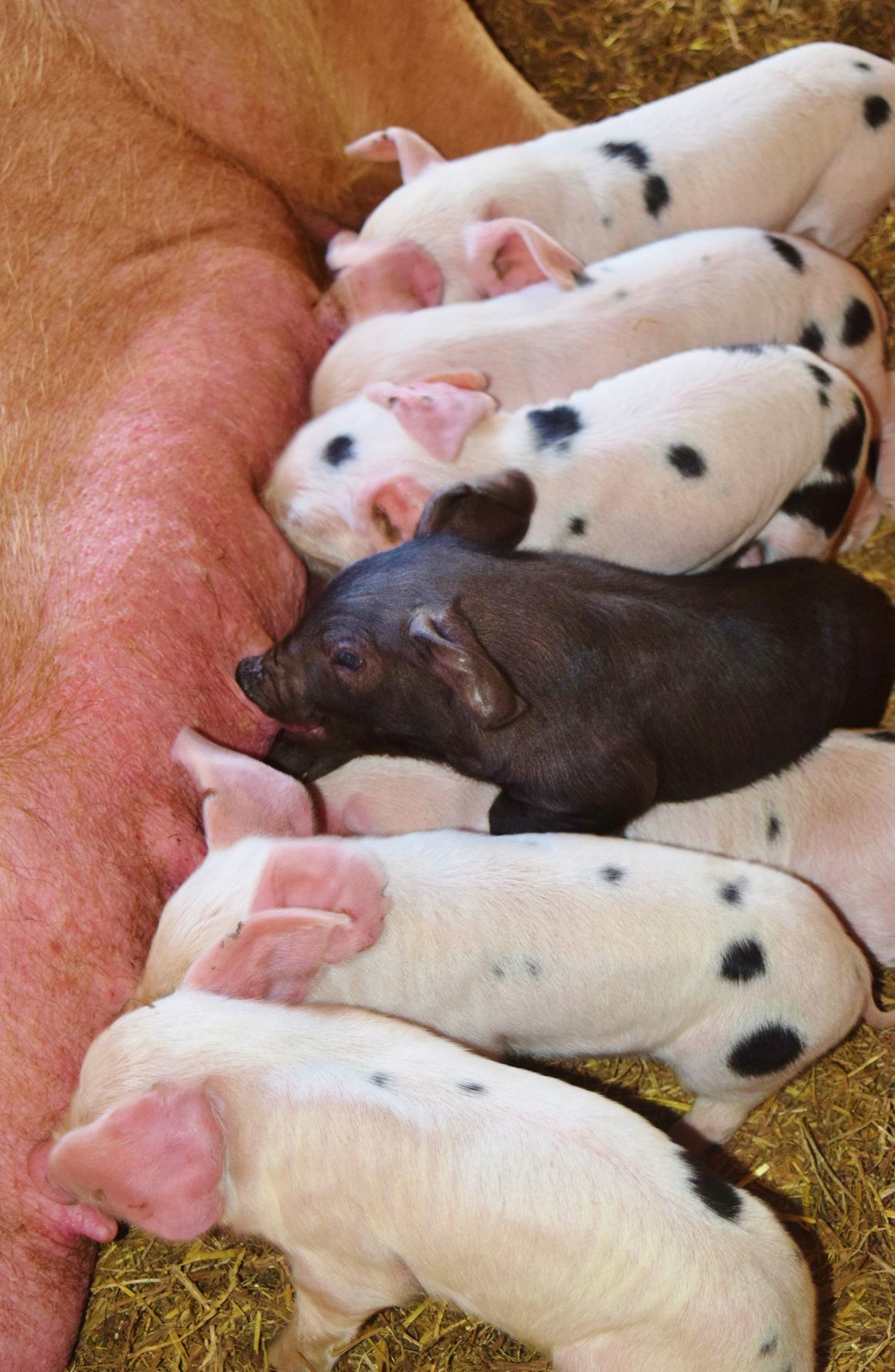 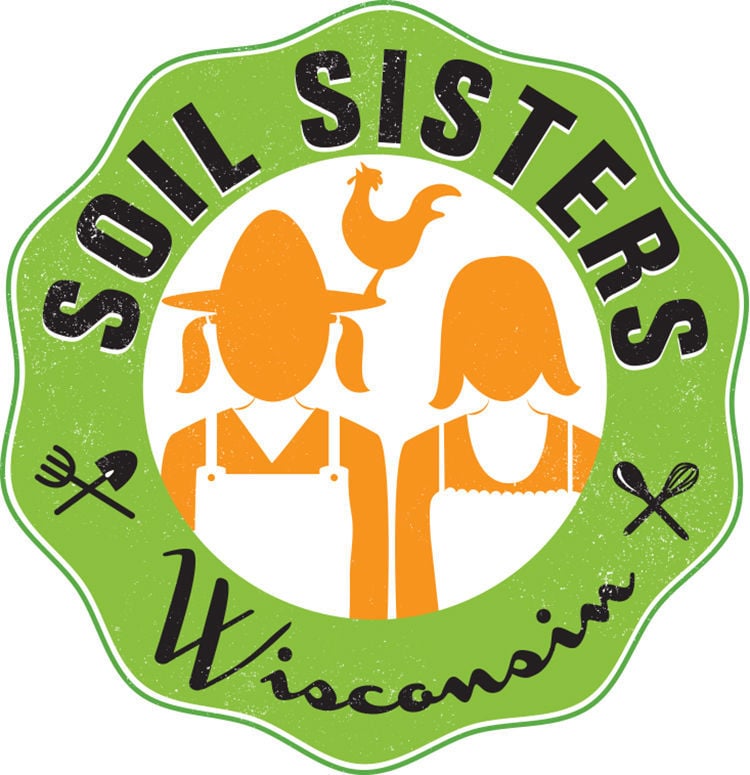 April Prusia spends time observing and scratching pigs in addition to feeding them. The herd has access to the outdoors year-round.

Editor's note: This article is the second in a series featuring members of the Soil Sisters. The community of women farmers advocate for family farming and locally produced food.

BLANCHARDVILLE, Wis. -- This is the second part of a focus on April Prusia who raises pigs on pasture at Dorothy's Range near Blanchardville, Wisconsin. The first part was published in the Jan. 16 issue of Agri-View.

Whom do you admire as setting a good farming or lifestyle example and why?

Prusia: Gregg Gunthrup is a pasture-raised-pork producer in Indiana. He and his family also operate a U.S. Department of Agriculture-inspected meat-processing facility. He advocates for policies that help family farms and widely shares his experience and knowledge. I also admire Gabe Brown. While I don’t know nearly enough about him, I know he focuses on diversity and uses animals rather than investing in a lot of equipment. He makes sense of pasturing livestock with diversified crops. He also is sequestering carbon.

We need those models because farmers are the solution to climate change. Farmers have a great power that hasn’t been unlocked yet. They can be the change the world needs. But in the past three decades the farmer has been pushed into a corner that creates a mentality that there isn’t a choice about how food is produced. As things become more monopolized the farmer’s voice is muted. We live in polarizing times; it’s not easy to see the light in all the darkness. When communities find common ground and common interests we can grow something beautiful and more powerful than the current model. We must talk more to each other. That isn’t always easy and accessible.

How does Soil Sisters most help you?

Prusia: It’s evolved through the years. Soil Sisters has gained a lot of recognition. As I move forward on projects such as working to build more mobile-slaughter and meat-processing capacity in south-central Wisconsin, I feel like that recognition helps. Having a community is a great asset. My "sisters" lift me, motivate me and make me accountable. I feel lucky to have a supportive network of woman, farmers and consumers.

What are your biggest challenges as a female farmer?

Prusia: Making money … the normal challenges. People don’t understand the true cost of food. Even if they do they’re not always able to afford it or don’t care to pay for the true cost. Farming also is physically demanding. Our bodies are built differently – look for example at the choices for men in the work-glove department. Compare them to what’s available for women. I just purchase men’s work gloves at this point.

What do you see for your farm and farming in general 20 years from now?

What would you like the general public to know about farming?

Prusia: Farmers own a great deal of land and by default are stewards of the land. We need to pay the real cost of food to save both the farmer and the planet. People don’t really understand how much work is involved in farming. There also are many different types of farming. Farming isn’t a job; it’s a lifestyle. Much of our food has touched the hands of immigrants. Food production has never freed itself from slavery. Our food system is being hijacked and monopolized on all levels. The culture in agri"culture" is being lost. That’s created a system that doesn’t include the farmer's best interests or our communities’ wellbeing. Rather stockholders and big companies are dictating policies. That's happening on all levels of farming – from seed ownership to processing facilities. We're losing infrastructure. If we don’t act soon we’ll be at the mercy of corporations. We still have a voice; it needs to be heard.

What advice would you have for other women interested in becoming farmers?

Prusia: It’s important to find a niche but don’t re-create the wheel. Network with others. We’re served better when we work together. Consider USDA Farm Service Agency loans.

Soil Sisters will host “A Celebration of Wisconsin Farms and Rural Life” Aug. 7-9 at various member farms. The weekend of farm tours and food is open to the public to “tour, taste, learn and play in the multi-faceted on-farm weekend involving more than 20 women-owned farms.” Visit soilsisterswi.org for more information.

Agri-View is looking for a sponsor for our Women in Agribusiness page - page A3 in each weekly edition. Contact agriview@madison.com for more information.

Interested in renting pasture and/or CRP in Southeast NE to