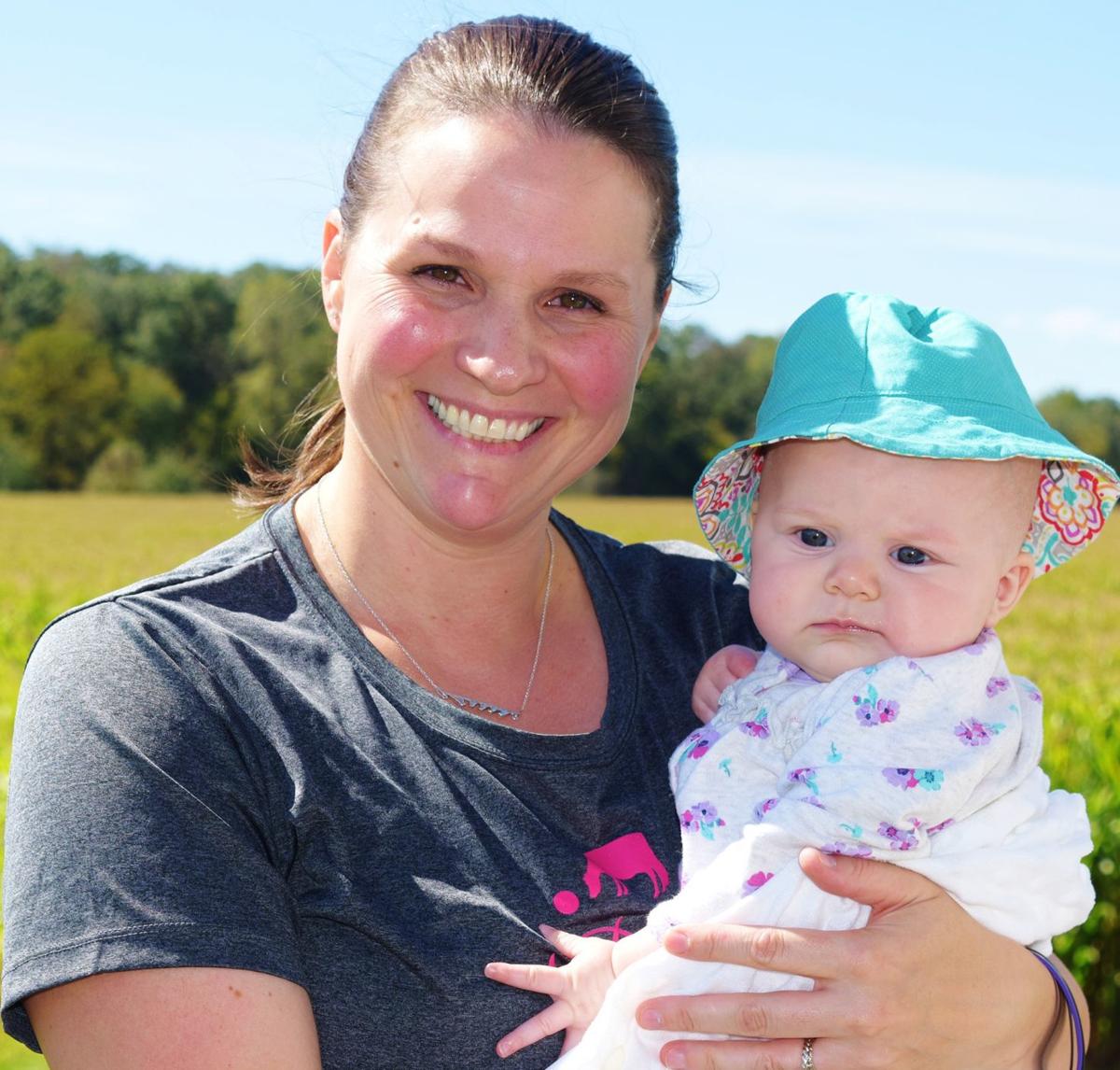 Brenda Gilbertson shares some sunshine with her daughter, Janelle, 6 months. She owns and operates with her husband a dairy farm near Hollandale, Wisconsin. She also serves as strategic lead for the Dairy Girl Network. 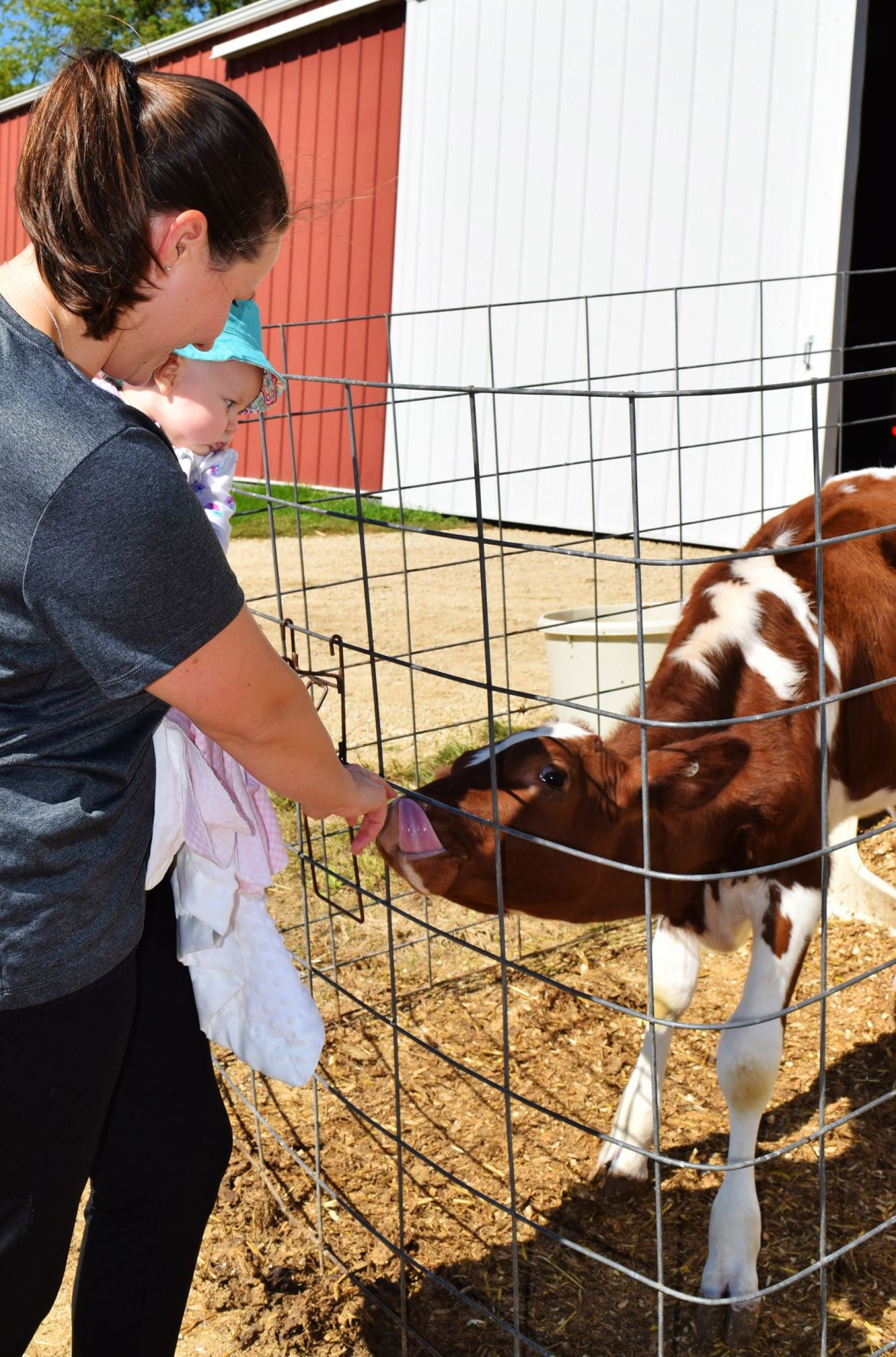 Brenda Gilbertson introduces her daughter to one of the farm's newest Red and White Holstein calves. 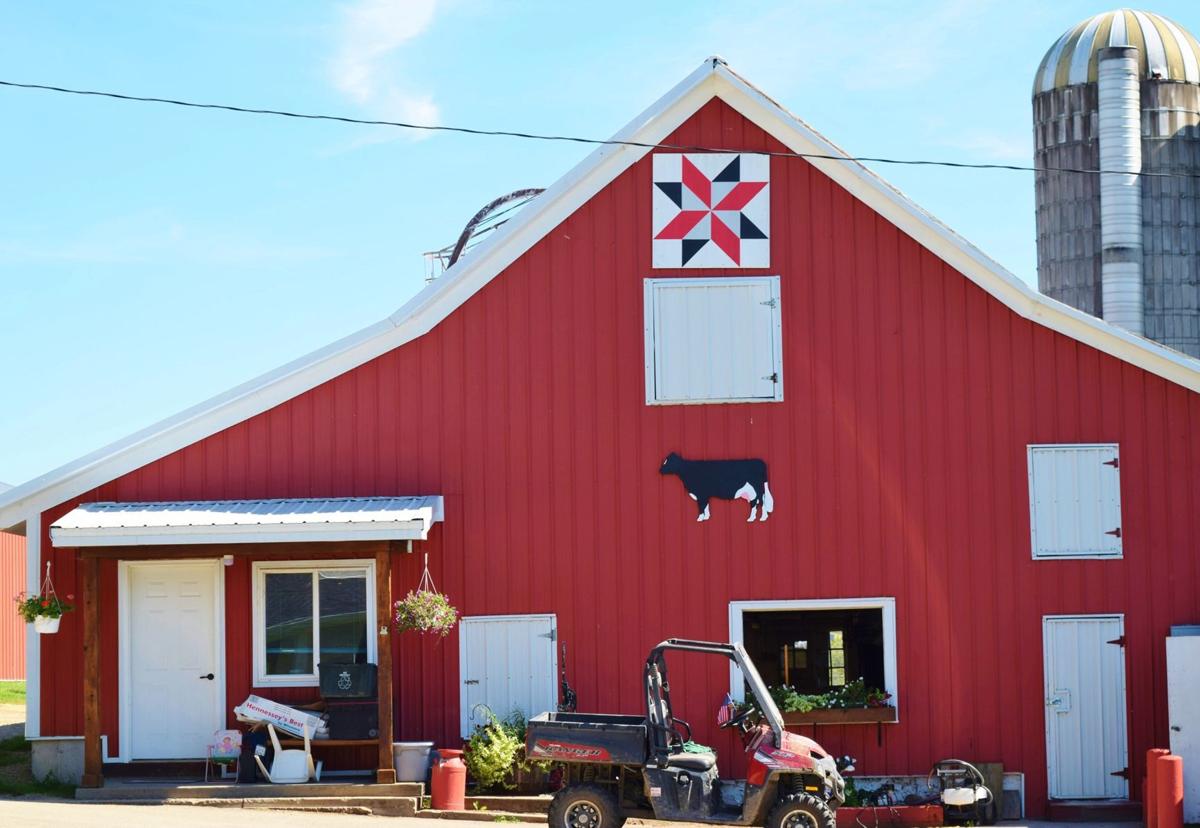 The Gilbertson dairy farm is home to 50 Registered Holsteins.

Brenda Gilbertson says living in the moment, especially with her children, is one of the ways she works to manage the stresses of dairy farming. 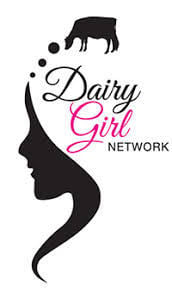 Brenda Gilbertson shares some sunshine with her daughter, Janelle, 6 months. She owns and operates with her husband a dairy farm near Hollandale, Wisconsin. She also serves as strategic lead for the Dairy Girl Network.

Brenda Gilbertson introduces her daughter to one of the farm's newest Red and White Holstein calves.

The Gilbertson dairy farm is home to 50 Registered Holsteins.

Brenda Gilbertson says living in the moment, especially with her children, is one of the ways she works to manage the stresses of dairy farming.

HOLLANDALE, Wis. – Timing is everything. It played a key role in Brenda Gilbertson becoming a founding member of and later strategic lead for Dairy Girl Network. Timing also has played an integral role in the growth and influence of the organization for women in the dairy industry.

Gilbertson was working in 2014 for DairyBusiness Communications. At a meeting the publishing company’s staff members were discussing the increasing influence of women in dairy farming. They talked about how valuable it would be for dairy women to be part of a larger community.

“I recalled hearing about an informal gathering hosted by Laura Daniels at the previous World Dairy Expo,” Gilbertson said. “So I contacted her to ask about the group. It was perfect timing. Within weeks we helped plan the first official networking event, which was attended by more than 150 women.”

Daniels raises and milks dairy cattle near Cobb, Wisconsin. She founded Dairy Girl Network and serves as its president.

DairyBusiness Communications became a founding sponsor of the organization. As a representative of the company Gilbertson helped the young Dairy Girl Network with its website and communications program. She also helped plan events.

Timing then again played a role. Gilbertson and her husband, Erik Gilbertson, were busy raising two young daughters, Makenna and Elise. And they were expecting their third daughter, Naydeen.

“My family was growing so I transitioned to independent-contract work,” Brenda Gilbertson said.

The timing of that transition gelled with Dairy Girl Network’s growing needs; in 2015 Gilbertson became the organization’s first staff member.

“Brenda has been instrumental from the start,” said Kristy Pagel, who serves as an industry representative on the board of Dairy Girl Network. “She shares her organizational, creative and professional-writing skills. She has been part of launching many of our key initiatives and programs. And she embraces, lives and promotes Dairy Girl Network’s vision, mission and core values.”

Gilbertson’s own experiences as a dairy farmer have contributed to the organization’s programs. She was raised on a dairy farm near Reedsville, Wisconsin. With her husband she currently milks 50 Registered Holsteins. They also farm 270 acres on the edge of Hollandale, a village in Iowa County.

And the couple’s family has grown. Their fourth daughter, Janelle, was born six months ago.

“We’re raising our own little dairy girls,” Gilbertson said with a smile.

Understanding the needs of dairy moms, she was instrumental in coordinating family lounges and rooms for nursing mothers at agricultural events. Dairy Girl Network has sponsored space at World Dairy Expo and the Professional Dairy Producers of Wisconsin conventions, for example.

“These events have something to offer anyone connected to dairy farming, but it can be a long day for little ones,” she said. “Family lounges are suitable for toddlers to stretch their legs after long stroller rides and for mothers to access a secluded area for nursing. Mothers traveling away from their babies seek a comfortable clean space. Dairy Girl Network sponsors a family lounge, which provides resources to dairy women. That has included an informational session with a lactation consultant.”

Feedback has been so positive that World Dairy Expo attendees have asked for similar space near the cow barns or the show ring.

“We’re on the quest to expand offerings of the Expo Family Lounge,” Gilbertson said.

One of the reasons she joined the organization as a member was to continue her quest for personal and professional development. As a staff member she’s helping to develop programs that members want and need, she said.

Dairy Girl Network provides “Connect” events; those events offer chances for industry women to network with each other.

“It’s been rewarding to see connections made between dairy women,” Gilbertson said. “Some who initially felt they didn’t have anyone to relate to found they’re not alone. ‘Connect’ events shaped Dairy Girl Network but it was fast acknowledged that many of the women who needed this group most couldn’t travel or take time away from the farm. That’s where ‘Inspire,’ our mentorship program, ‘Enhance’ webinars and our Facebook community have had the greatest impact. We reach dairy women where they are.”