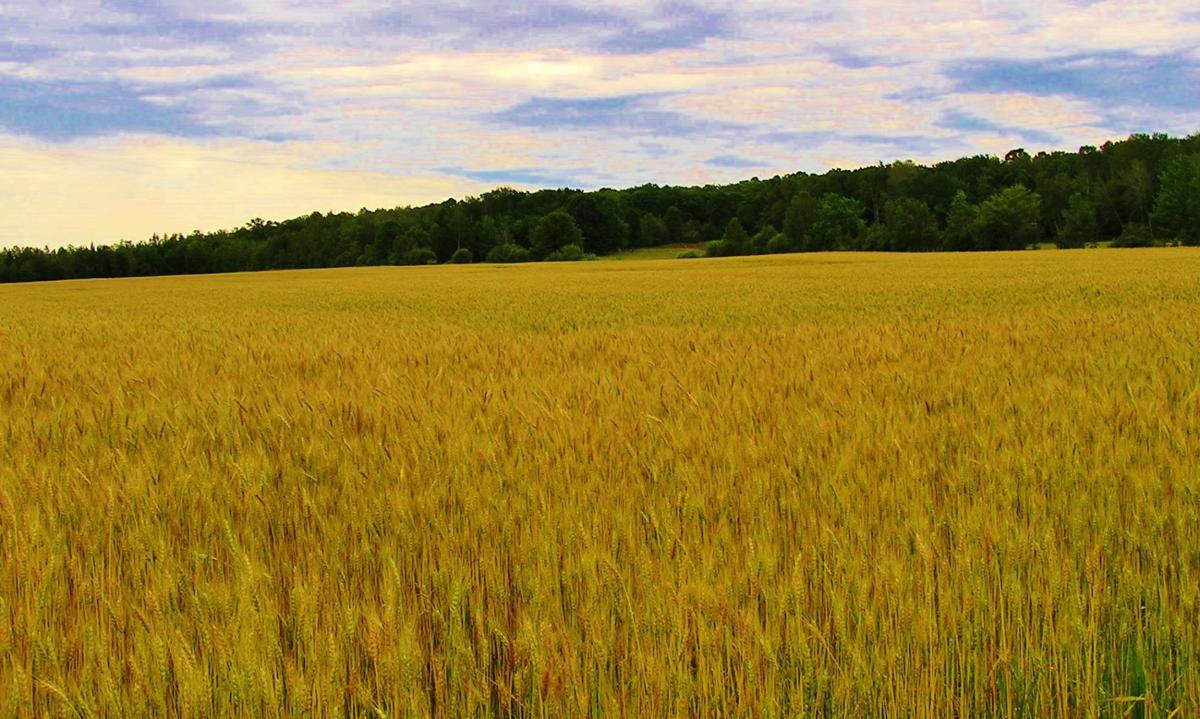 We held off until the first week of November but it’s time we address the controversial topic of wheat acres.

We said in a previous post that Mother Nature bats last when it comes to acreage and production. Expanding on that analogy, winter-wheat acres are at the top of the batting order. The acreage debate is months away from center-stage, but winter-wheat planting is finishing. This week’s post reviews trends in wheat acres, prices and considerations for 2021.

Wheat acres peaked at more than 88 million in 1981, shortly after the 1980 Russian embargo. It’s kind of difficult to believe that wheat acres tumbled 50 percent in 40 years, but that’s what happens with a 1.7 percent average annualized rate of decline through four decades. Even slow rates of change can have a large influence across decades or careers.

Another point to note is the sharp increase in acres during the 1970s. Wheat acres had been almost 50 million acres for almost two decades before surging to greater numbers. The increase in acres resulted from increased prices, strong exports and the story of the Great Russian Grain Robbery. 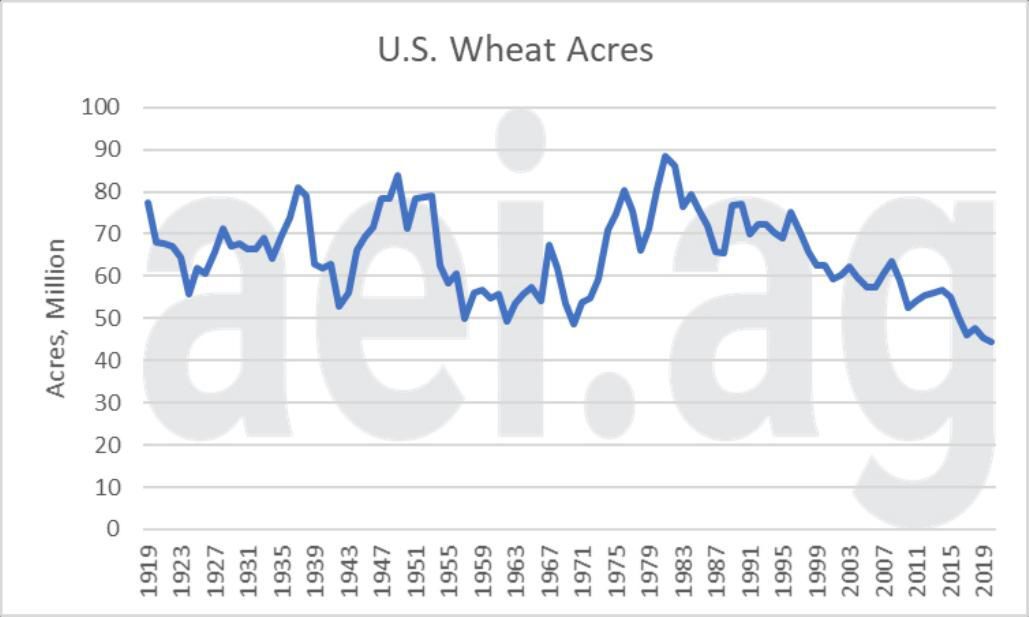 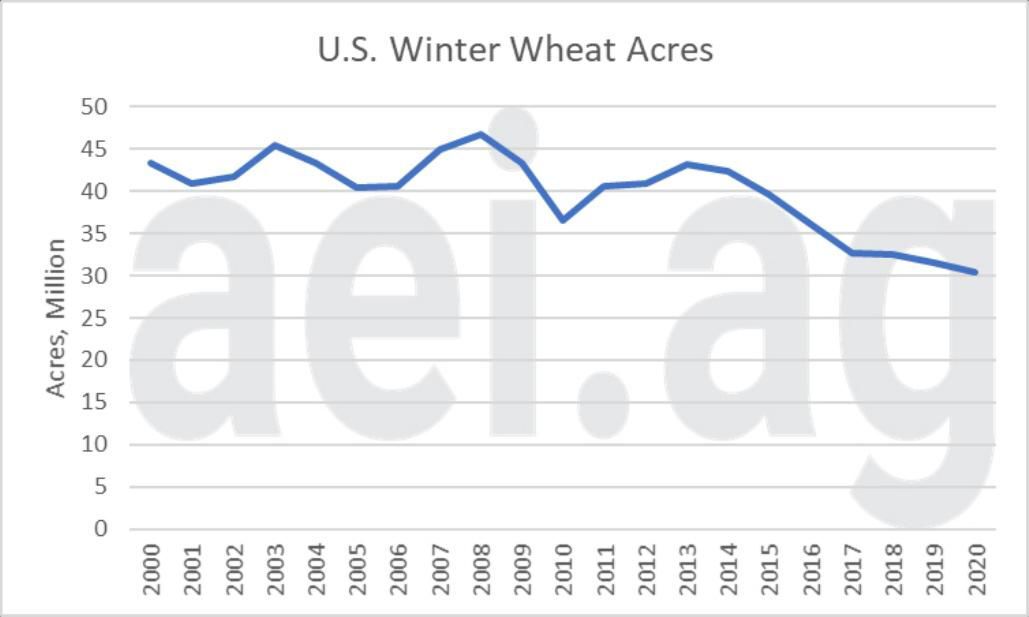 When thinking about possible outcomes in 2021, it’s worth considering prices and price relationships. Figure 3 shows the wheat-corn price ratio, which has an average of 1.40. At 1.46 in August, the price ratio had been at more than average in recent months. Furthermore the August 2020 price ratio – the most current data from the U.S. Department of Agriculture – was at much more than the August 2019 level of 1.10. Overall the price ratio was bleak for wheat this past fall, averaging 1.13 from July 2019 to November 2019.

The price ratio is more but wheat’s relative improvement has come mostly from reduced corn prices.

In other terms, August 2020 wheat prices were 4.8 percent more than a year before but corn prices were 21 percent less.

Keep in mind the rally in commodity prices mostly occurred after the USDA’s August price data. July 2021 hard-red-wheat prices for the Kansas City contract reduced in early August to $4.50 per bushel. By early October prices had significantly rallied to approach $6. Currently prices are more than $5.50 per bushel. In short, winter-wheat planting took place during a strong market rally. 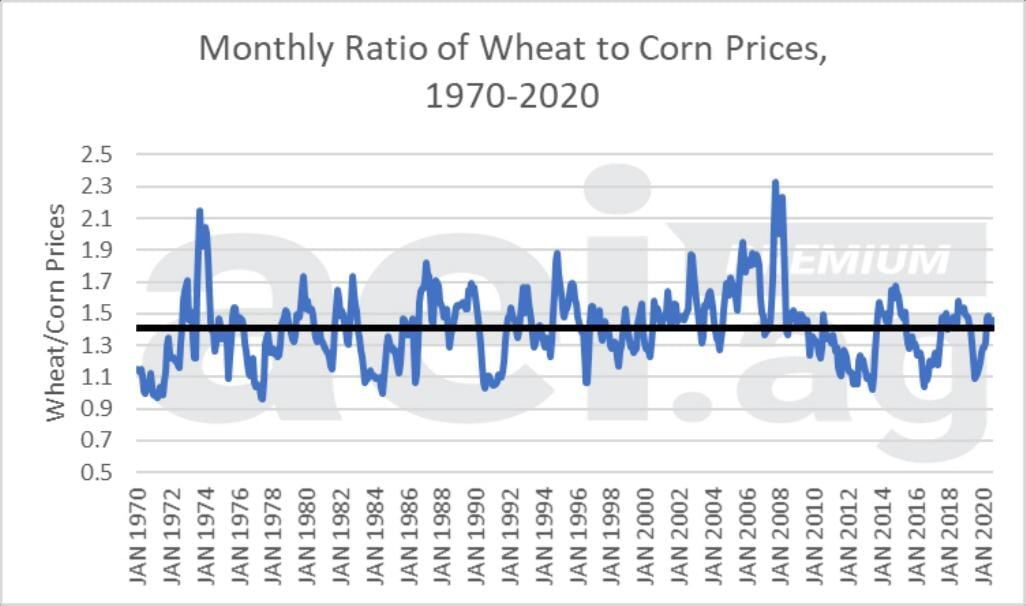 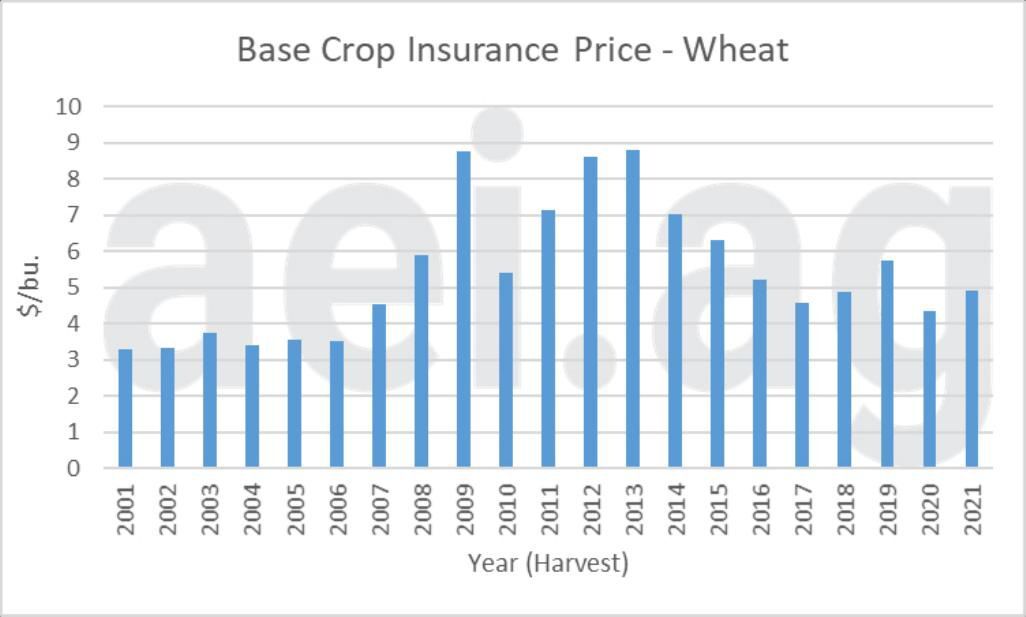 In early January the USDA will release its “Winter Wheat and Canola Seedings” report, which will give us the first look at the 2021 acreage situation. Producers must consider several factors when deciding on wheat acres; increased prices, a strong price ratio and dry conditions were most important.