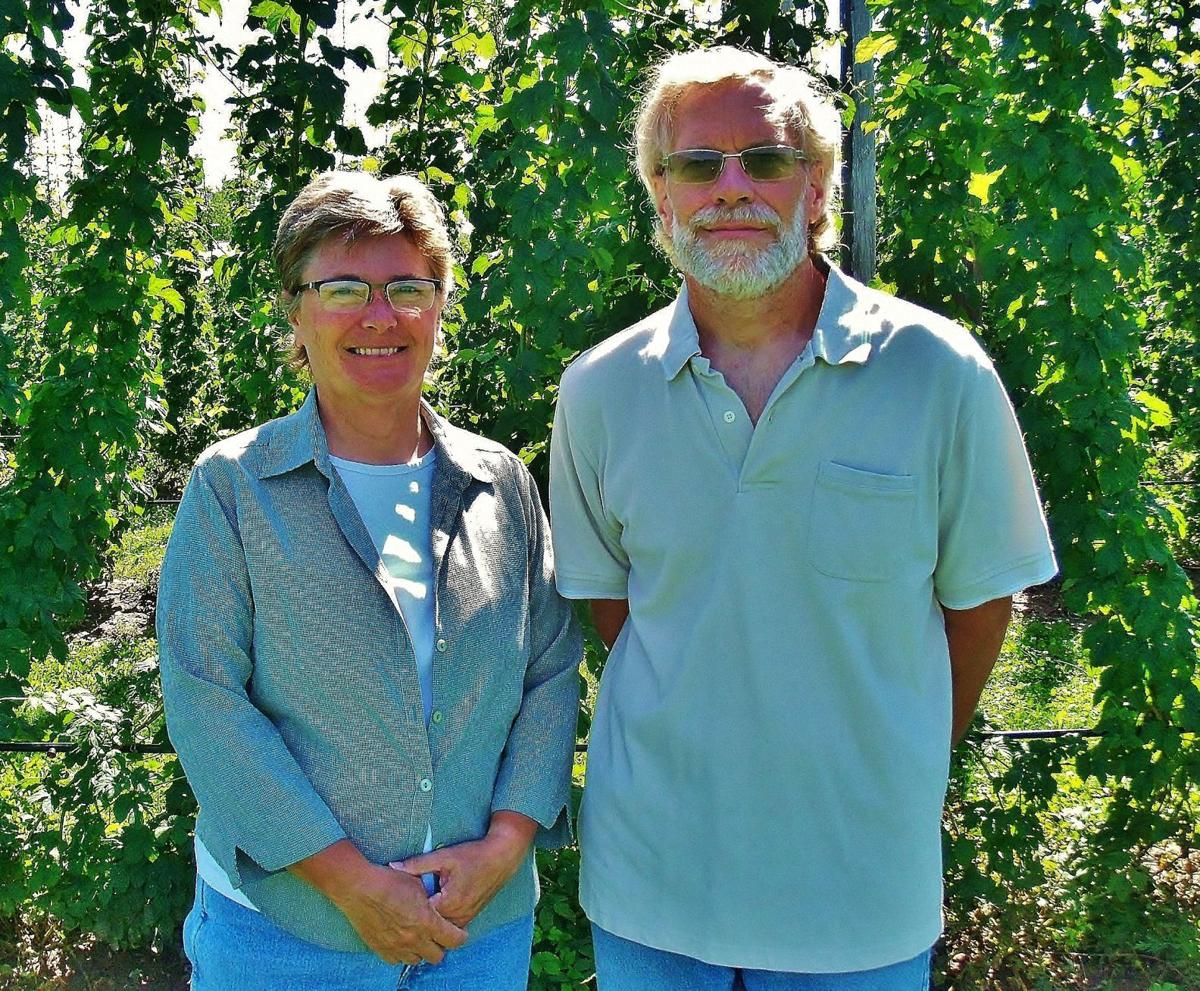 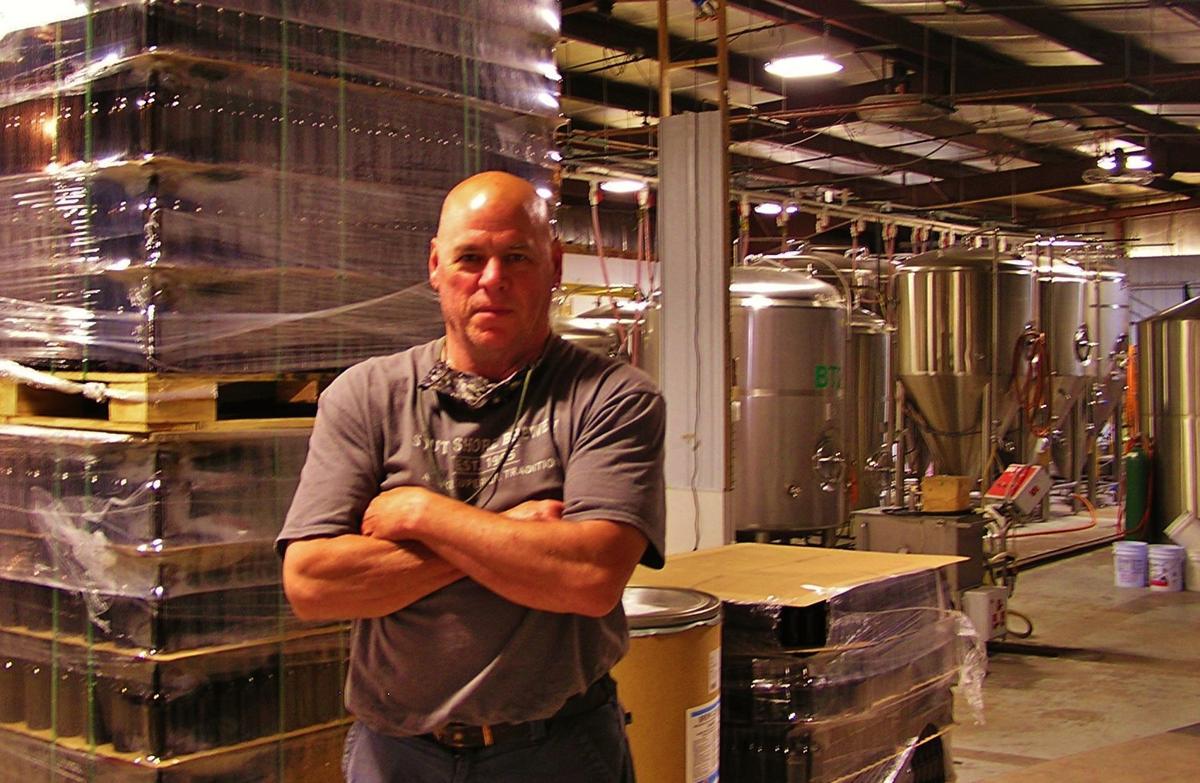 Bo Bélanger brews craft beer at South Shore Brewery; he has for 25 years. 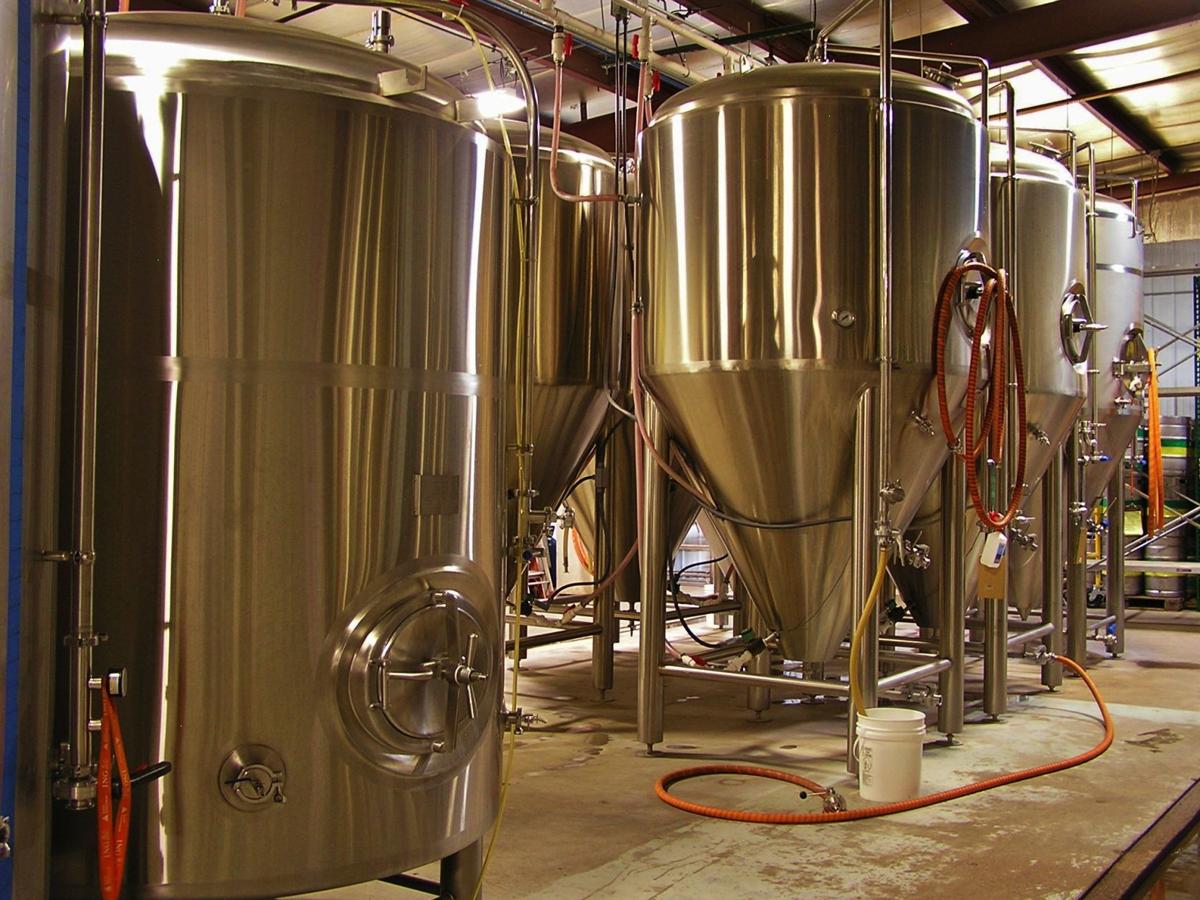 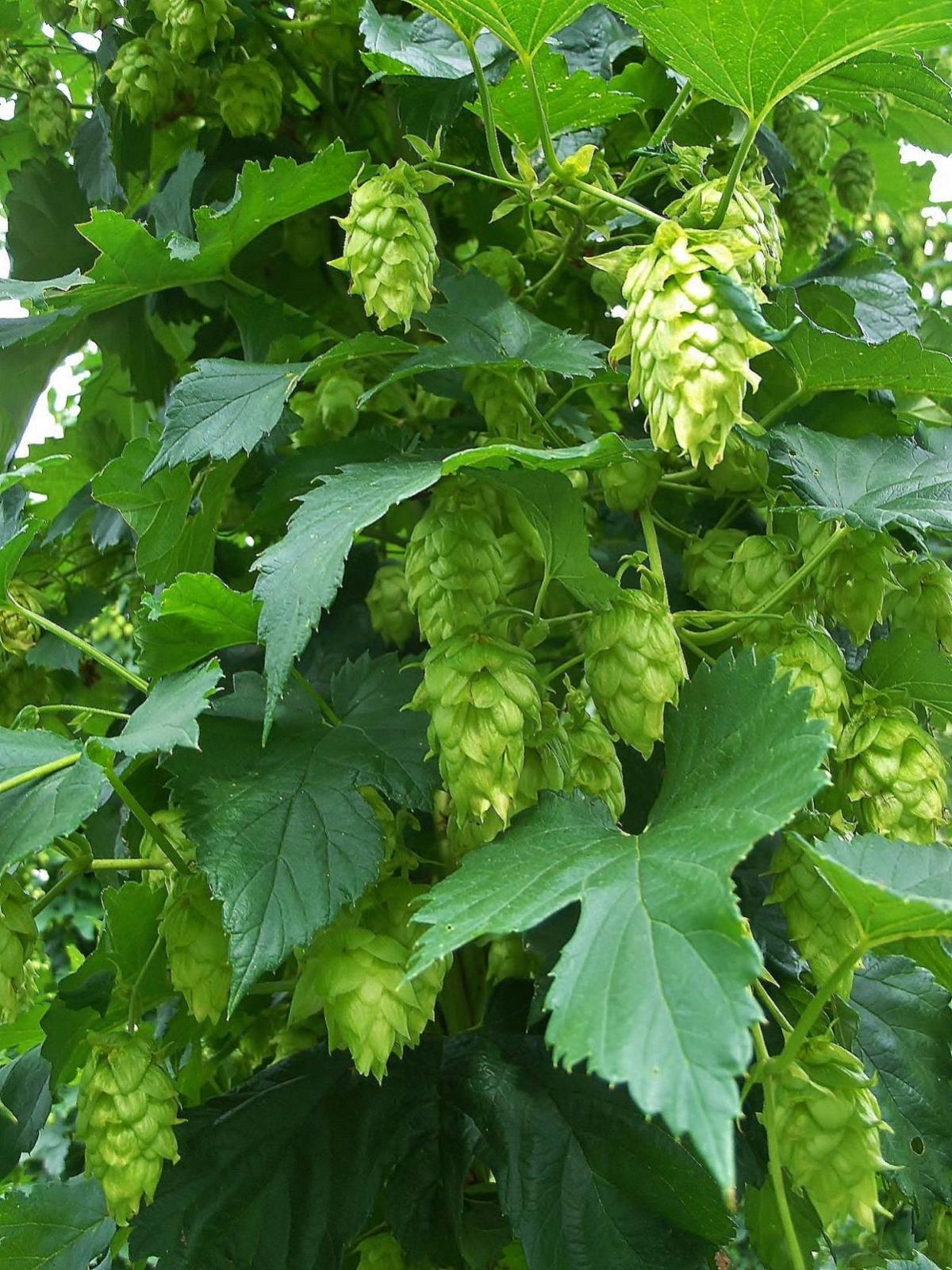 Hops are the essence of great beer. 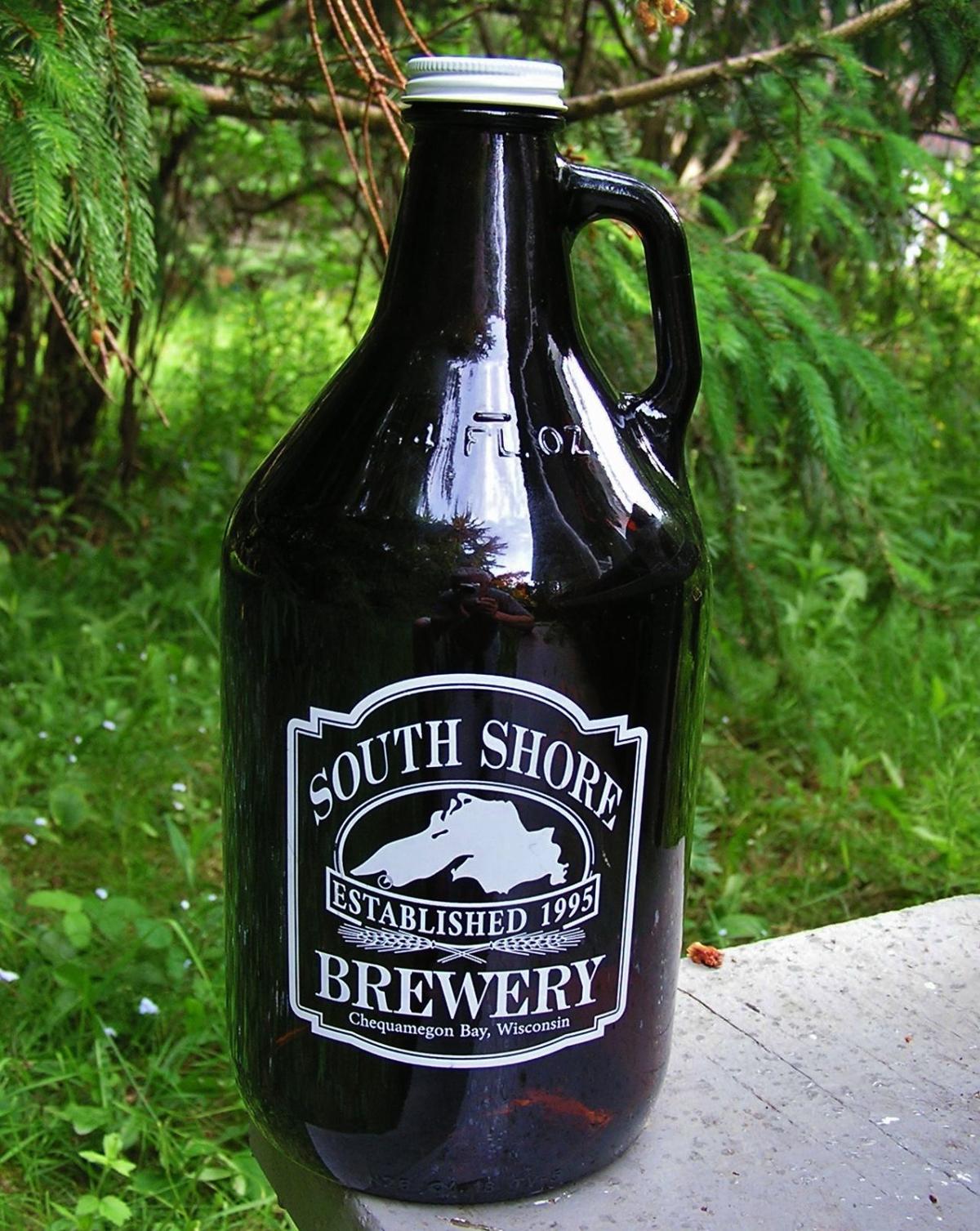 Sold at South Shore Brewery in Ashland and Washburn are 64-ounce growlers of fresh beer. The beers are also available in bottles, cans and on tap. 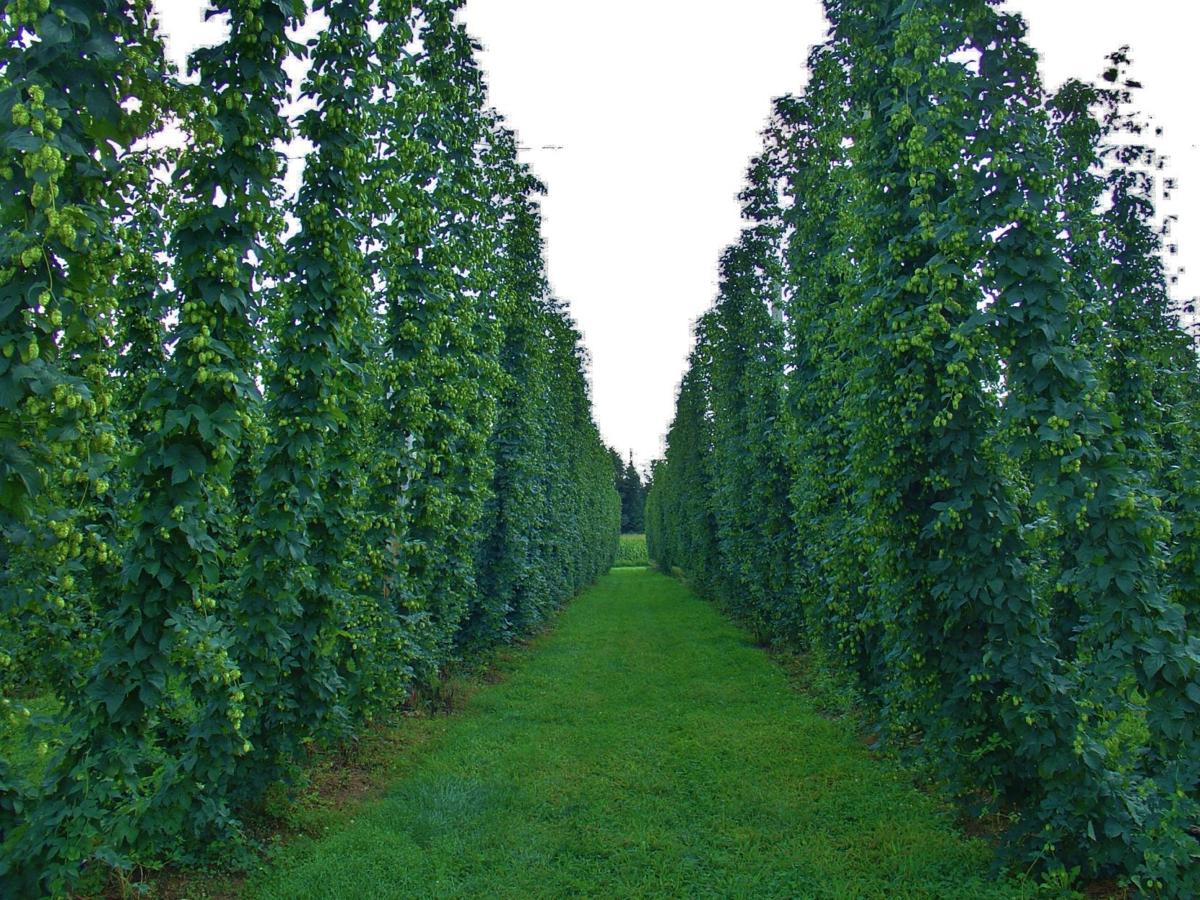 Rows of hops grow up seemingly to the clouds like Jack's beanstalks. 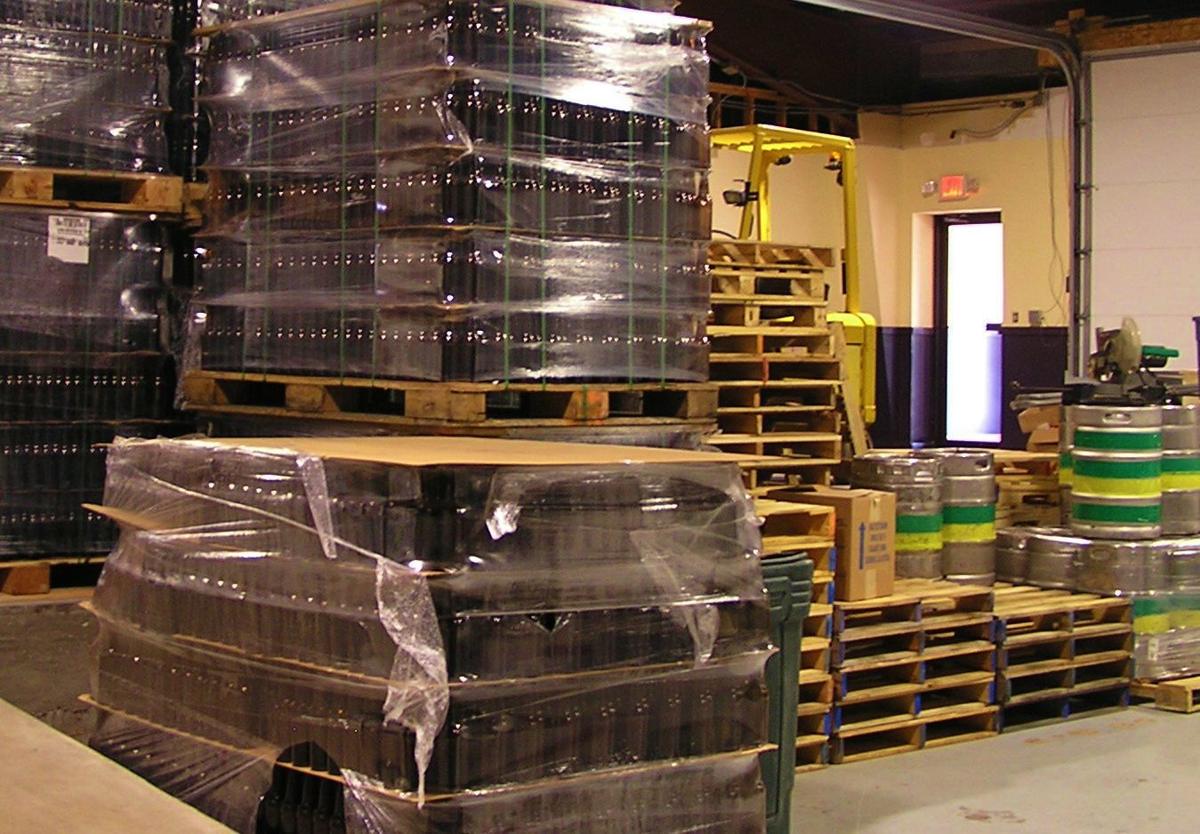 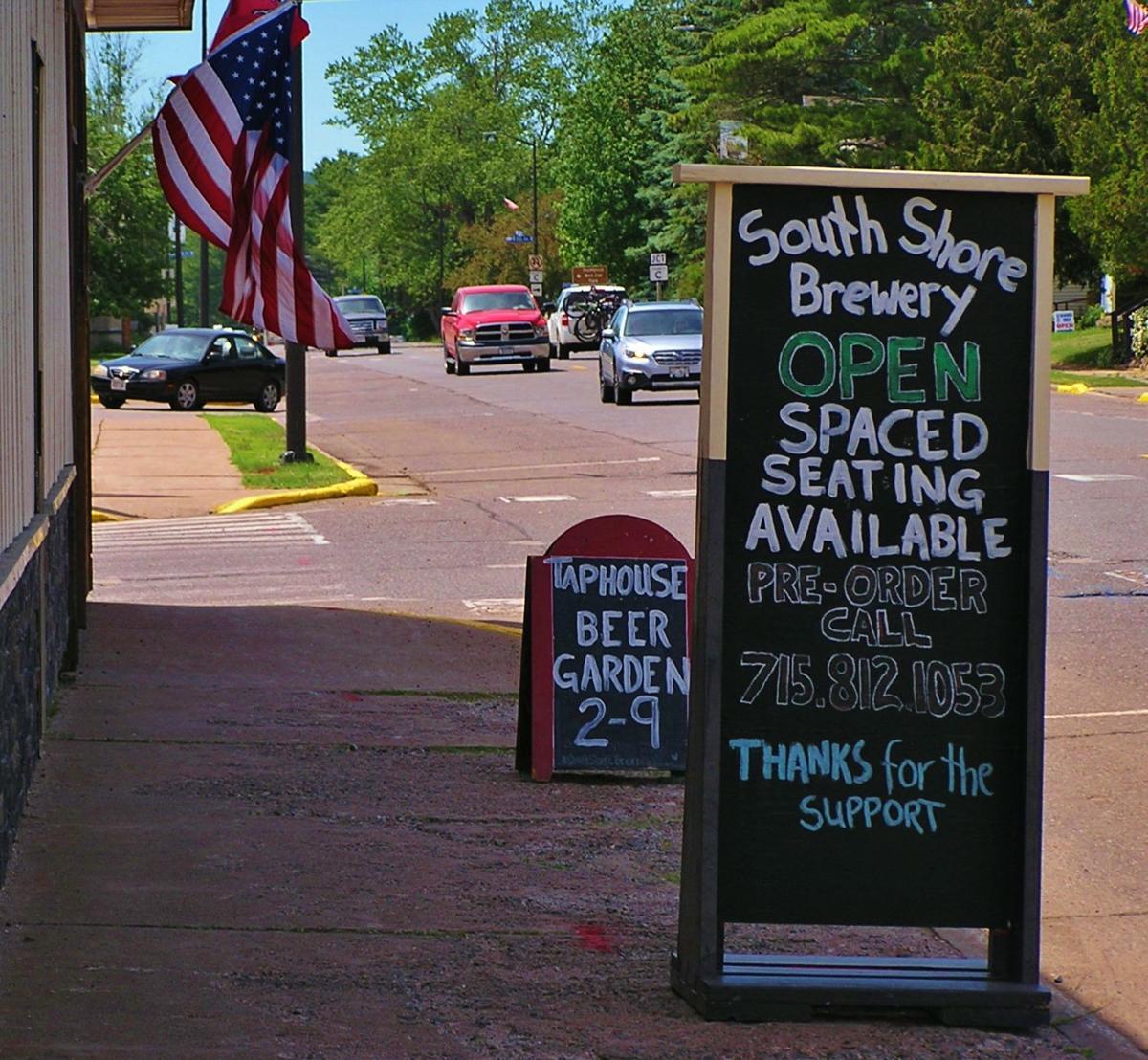 The South Shore Brewery is located on Wisconsin Highway 13 in Washburn, Wisconsin.

Rows of hops stand straight and tall as they reach to the sky. 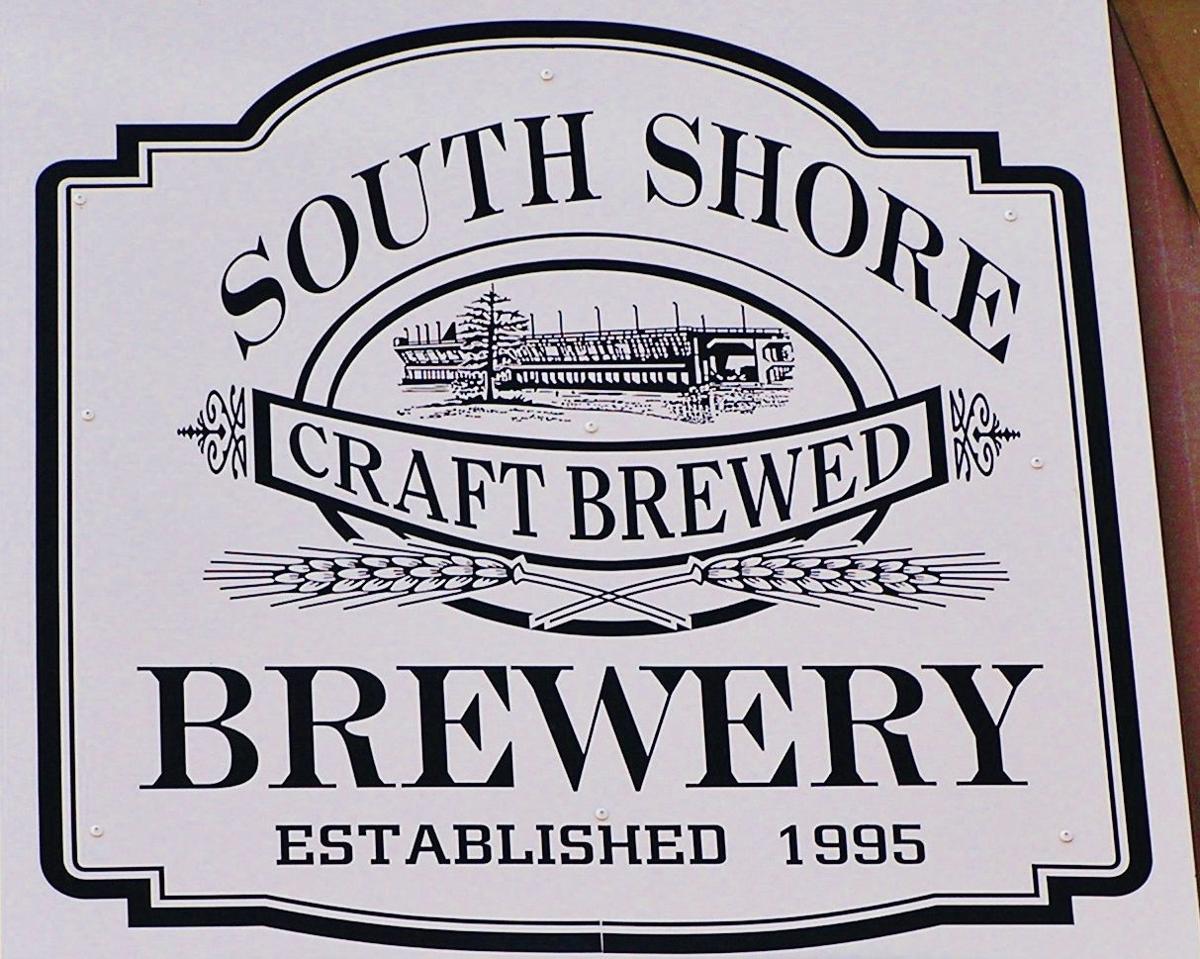 Bo Bélanger brews craft beer at South Shore Brewery; he has for 25 years.

Hops are the essence of great beer.

Sold at South Shore Brewery in Ashland and Washburn are 64-ounce growlers of fresh beer. The beers are also available in bottles, cans and on tap.

Rows of hops grow up seemingly to the clouds like Jack's beanstalks.

The South Shore Brewery is located on Wisconsin Highway 13 in Washburn, Wisconsin.

Rows of hops stand straight and tall as they reach to the sky.

About 10 years ago the couple started growing hops on their 40-acre farm; currently 5 acres are planted in hops. Their business, Fine Bine Farms near Rosholt, supplies hops to craft brewers around Wisconsin.

Any farming is hard work – and hops are especially labor-intensive. But Peg Urness said she and her husband are “hoptimistic.”

“We had attended a presentation by a local brewery about using locally grown hops and barley,” Randy Urness said. “That piqued our interest. We did some research and decided to give it a shot. We wanted to provide local craft breweries with hops. We’re part of a couple of co-ops.”

One of those co-ops is Wisconsin Hops and Barley Co-op, started by five breweries in Wisconsin. The Urnesses also ship throughout the country.

“We have relationships with other hops growers,” Peg Urness said. “If we don’t have a variety a brewer wants, we can get in touch with other local growers who do.”

Wisconsin was once a major hop-producing state but disease drove production to areas in the western United States that have drier climates. Disease still presents challenges in Wisconsin.

“Downy mildew, powdery mildew and other diseases are common in Wisconsin,” Randy Urness said. “What has changed is that there are numerous fungicides available. We have to cycle through fungicides as resistance to them develops.”

The main motivation to grow hops at Fine Bine Farm is not money.

“We are motivated a little by the challenge,” Peg Urness said. “It’s also neat to work with local breweries. The craft-brewery people are tight-knit. The more we can learn and pass on to other potential growers, (the more) it helps get more people growing. Plus hops are just cool plants. They are awesome. Some are already 18 feet high. They talk about corn being knee-high by the Fourth of July. For us it’s 18 feet high.”

Bo Bélanger is the head brewmaster at South Shore Brewery of Ashland, Wisconsin – a member of the Wisconsin Hops and Barley Co-op. The brewery has a production facility and tap room.

“We went through a long process of finding viable candidates to be our farmers,” Bélanger said. “Peg and Randy did their homework to become pros. They clearly have passion. You can see that they always put in effort to get even better. We can trust them to follow through in the face of hardship.

“We were known as a local brewery. We wanted our product to say something about where we’re from. That’s why we wanted to source ingredients for our beer locally. The ingredients say who we are and where we are. Sourcing our main ingredients locally has enabled us to develop an intimate relationship with our farmers. We get the soul of our beer, barley, and the essence of our beer, hops, from local farmers who have the aptitude and energy to produce fine products.

“If it wasn’t for the local people we wouldn’t be surviving right now,” Bélanger said. “Hats off to all the customers in our backyard. Hats off to our community that has given us such great support for 25 years.”

Fine Bine Farms specializes in a small chosen variety of hops to make brewer beers unique. With a freshness guarantee Peg and Randy Urness say they work with their brewers to ensure the farm has the perfect hop to suit brewing needs.

Willamette -- An excellent-quality aroma hop, it was developed in 1976 from the English Fuggle and is named for the Willamette Valley. It has a character similar to Fuggle, but is more fruity and has some floral notes. It's commonly used in British and American ales.

Magnum -- A bittering hop with high alpha acid content, it was developed in 1980 in Hull at the German Hop Research Instititute. It's commonly used in lagers, pilsners and stouts.

Nugget -- A strong bittering hop with high alpha acid content, and a heavy spicy and herbal aroma and flavor, it was developed in the 1970s from Brewers Gold and high alpha male. It's commonly used in ales, stout and barley wine.

Centennial -- A versatile bittering and aroma hop with mid to high alpha acid content, and floral aroma and a slight hint of citrus, it's often called a Super Cascade but is less citrusy. It was developed in the 1970s and released in 1990. It's bred from a mix of Brewers Gold, Fuggle, East Kent Golding and Bavarian. It's commonly used in U.S. ale styles.

Sterling -- An excellent-quality aroma hop, it has a character similar to a Saaz and Mt Hood with an herbal, spicy aroma with a hint of floral and citrus. It was developed in the 1990s from the Saazer, Cascade, Brewers Gold, Early Green and unknown contributors. It's commonly used in pilsner and other lagers, ales and Belgian-style ales.