MARBLEHEAD, Wis. – The lime plant at Marblehead, a company town, is all that’s left of a spot that once boasted as many as 500 residents in Fond du Lac County, Wisconsin. Farmers in Wisconsin may be familiar with one of the products coming from Marblehead in the form of barn lime from Western Lime and Cement.

When William Nast, formerly a shepherd in Prussia, brought his family to Wisconsin, he settled on a farm north of the small town of Eden. He discovered the farm held dolomitic limestone. He started to crush and bake the lime, selling it in nearby Fond du Lac for chinking log walls and cementing stone walls.

Nast’s young sons, William and August, took turns – one at night and one during the day – working a drying kiln to produce the lime. At the ages of 19 and 17, respectively, they opened their own business making deliveries by ox and cart to as far away as Oshkosh, Wisconsin. The company, Nast Brothers Lime and Stone, grew rapidly when a railroad line was built in 1880 – allowing them to send carloads of lime throughout the Midwest.

Hand-crushing and baking the lime took a lot of labor, as did cutting wood to fire the kilns. The result was the town of Quarry City; its name was changed to Marblehead, supposedly named after another lime-rich area in Illinois. At its labor peak Nast Brothers employed 300 men, a mixture of immigrants from Italy, Germany and Finland. Most of the workers, along with their families, lived in Marblehead in as many as 128 homes – all painted company red. Some also lived in boarding houses.

The Italians came from the northern and southern ends of the country; there was rivalry between the two regions, which they carried to Wisconsin with them. Though not perfect, peaceful coexistence increased when an entrepreneur opened a second tavern so the two factions didn’t mix while drinking. August Nast’s family hired some of the Italians to work as servants in his home. That very-German family learned to enjoy Italian cooking.

The Italians also caused problems when they decided to strike for increased wages in 1902 and 1909. The latter strike caused the Italians to wave red flags while singing anarchist songs. So the Marblehead plant was closed down and workers were moved to other company plants – where one man was shot by a posse. At the urging of the Italian Consulate in Milwaukee, they returned to work at their old pay scale of $1.60 a day, giving up on their 15-cent pay raise – the same amount they asked for in 1902 and didn’t receive.

The work was hard. The kilns were heated to 2,200 degrees. The crushed rock was dumped in the top and finished powdery lime – referred to as quick lime – was shoveled out the bottom. Limestone that was not suitable for lime was put through a crusher and used as an ingredient in cement.

Dynamite was used to break up the limestone, making the job very dangerous. August Nast’s wife was one of the victims when she miscalculated and left the quarry office before dynamiting was finished. She survived the blast, but with six broken ribs after being struck by a large flying rock.

It was during that time frame that another industry surfaced in the area – bootlegging. Massimo Sartori was a saloonkeeper and postmaster who was caught with 2 quarts of moonshine hidden in a laundry bag after having his home searched three times. Three cars of bootleggers, with two of the perpetrators from Marblehead, were caught with 100 gallons of moonshine headed for Chicago. In another case Albert Testolin was caught in his new Studebaker doing 45 miles per hour in Kenosha. He tried to bribe a police officer to look the other way, which raised suspicions and ended in a search of his car’s trunk.

Worker numbers declined as automation took over. Gas replaced wood for firing the kilns and machines replaced the hard work of hand-crushing and hauling. By 1965, Marblehead consisted of 65 people, two taverns, two stores, a barn, some houses and the quarry office. In 2012 Western Lime and Cement was bought by Graymont, a Canadian company that makes hydrated lime for mortar; it continues to operate the quarry. Nothing of the town of Marblehead survives except the old lime kilns that can still be seen along Fond Du Lac County Road V. 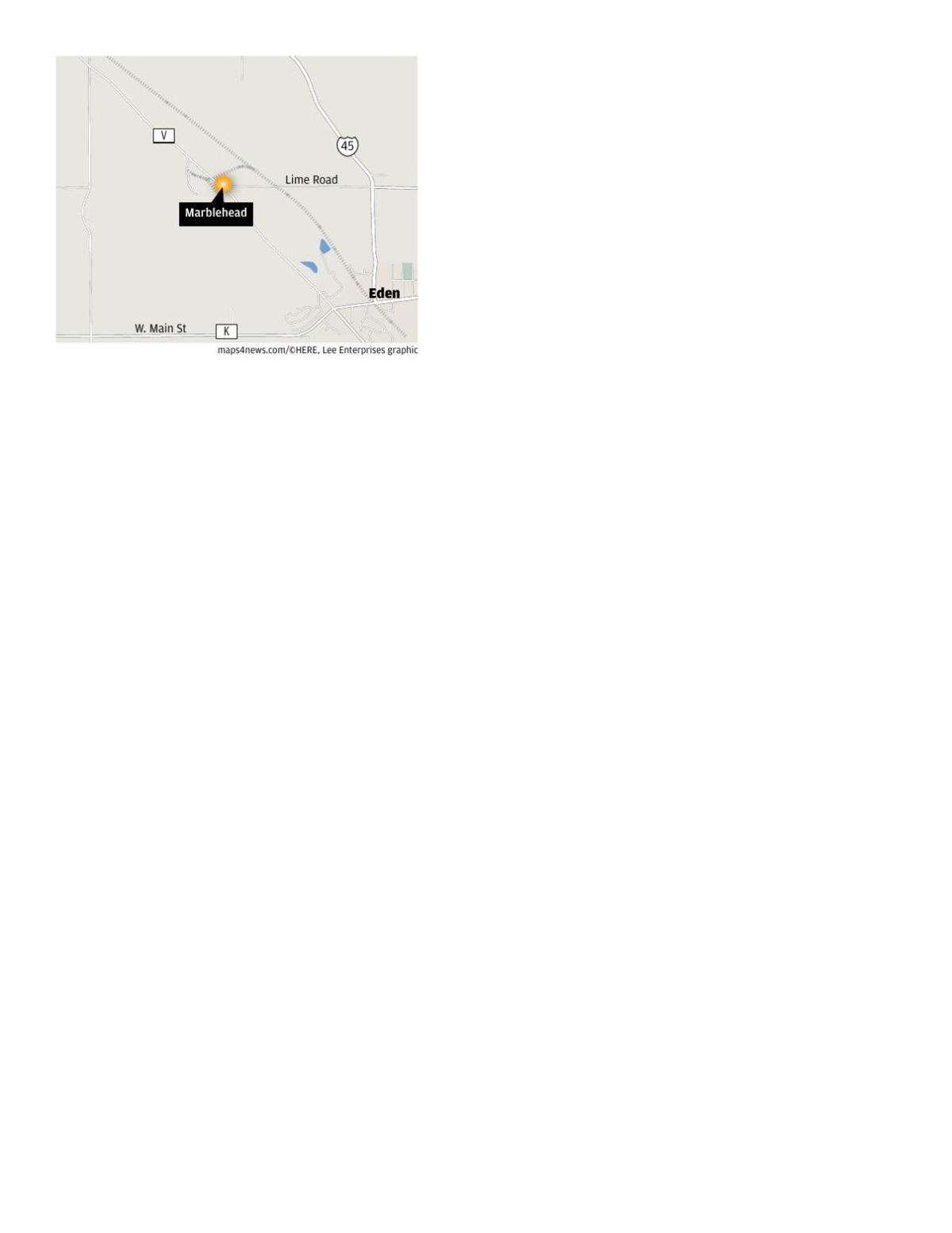 Frequent fire too hot to handle

Land managers know one of the best ways to prevent forest fires is to set fires. Periodic controlled or prescribed burns can reduce the amount… 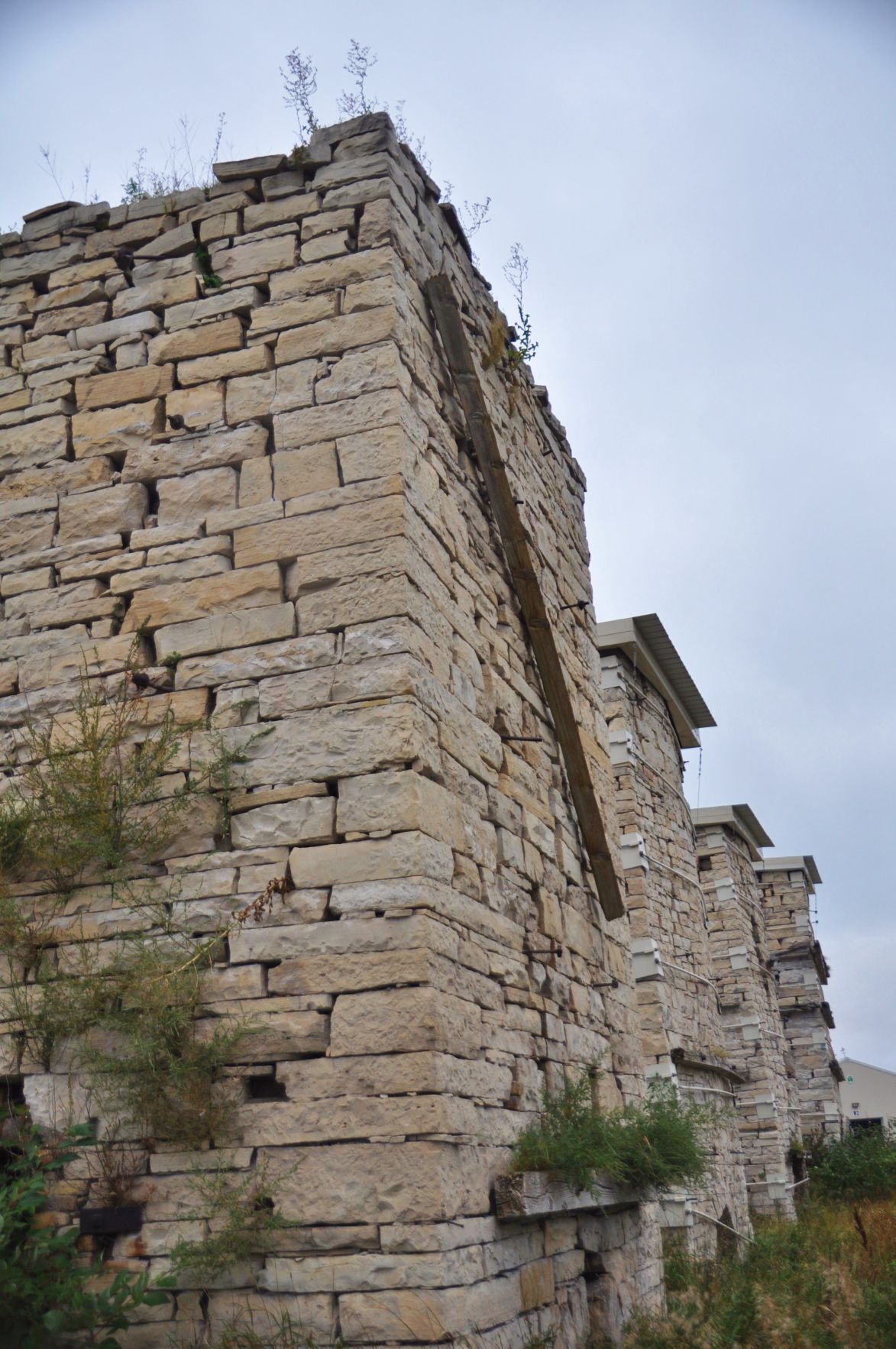 Lime kilns at Marblehead stand sentinel over what was once a bustling town. The lime plant is still active but the town is gone. 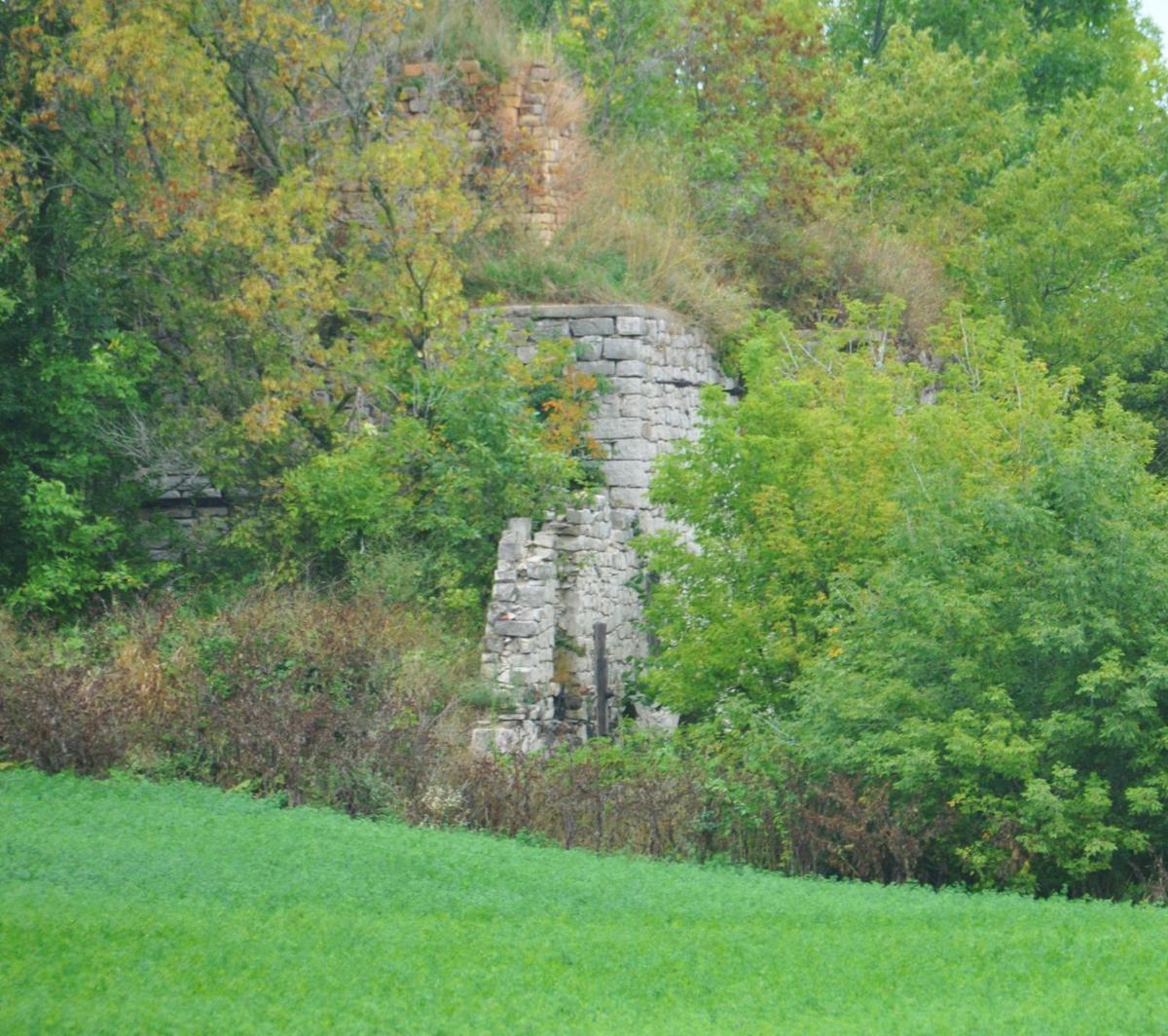 Part of a lime kiln is all that remains of Crusher, one of two company towns south of Marblehead. 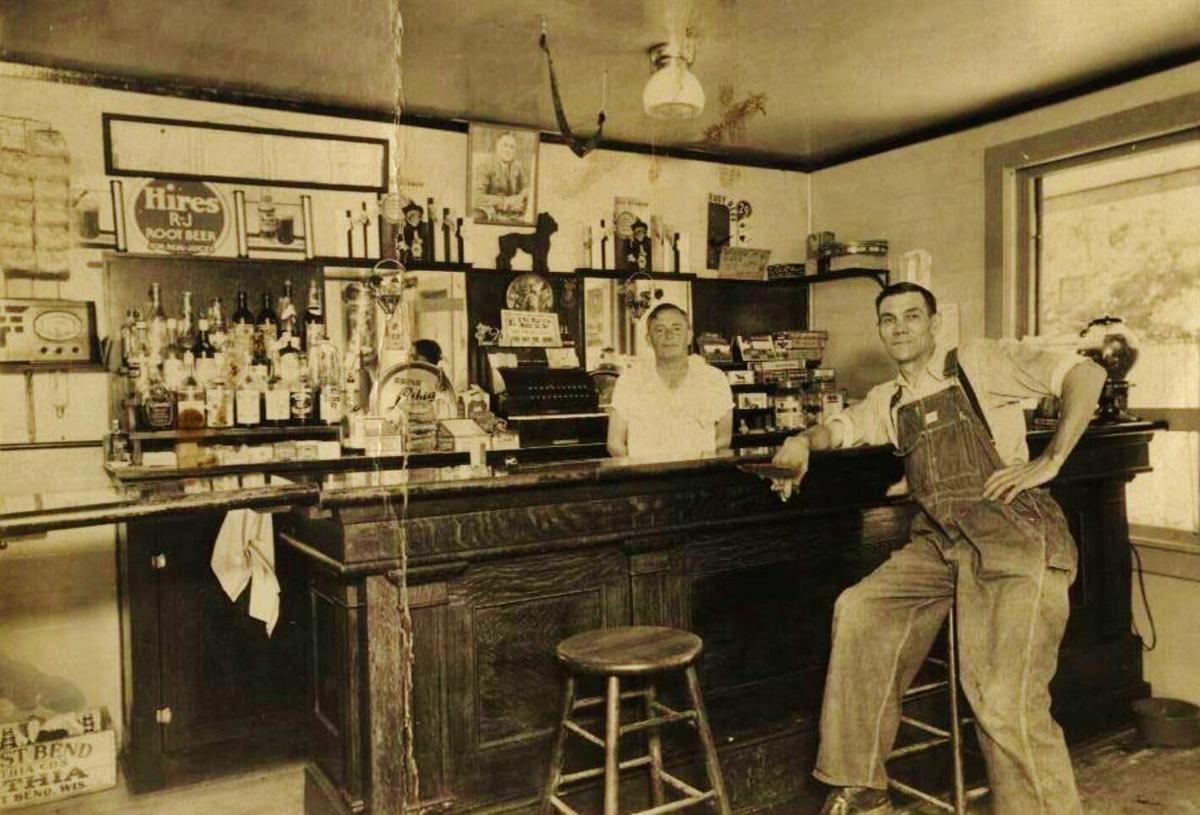 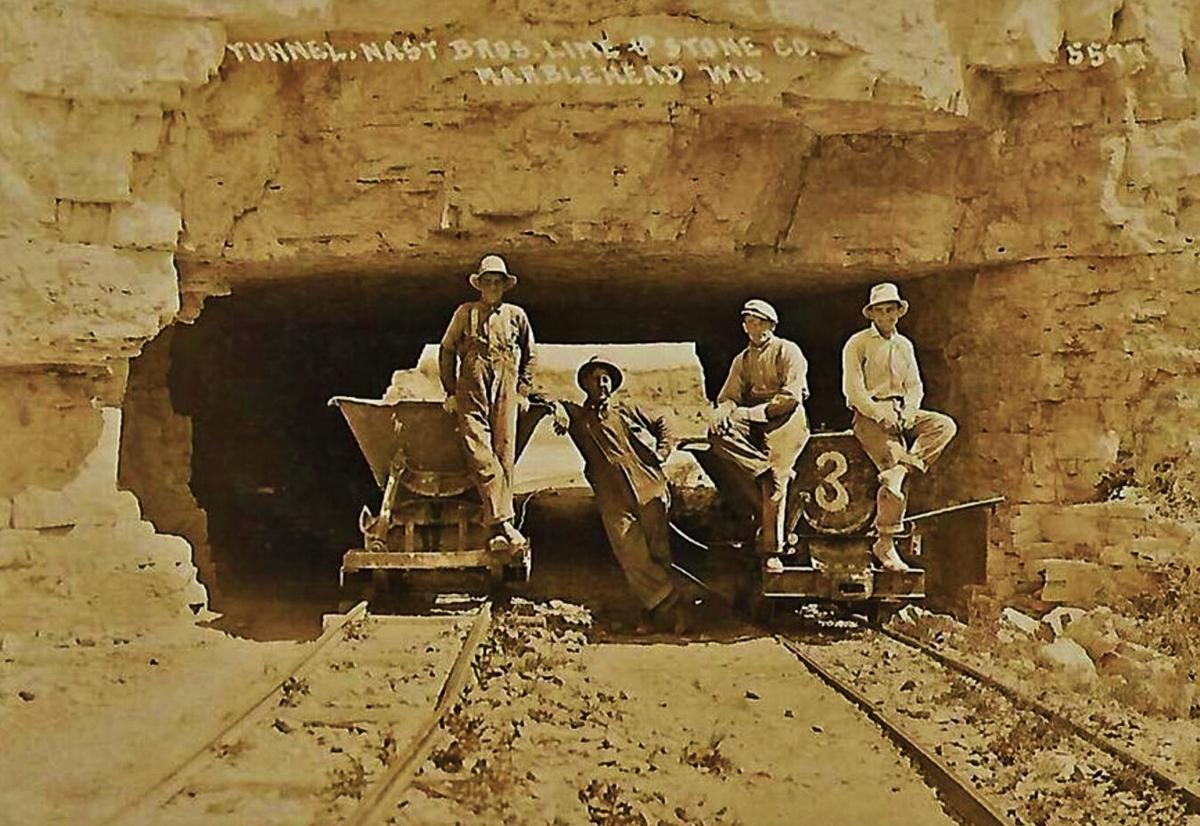 A tunnel goes under Fond Du Lac County Road V at Marblehead to transport material from one side of the quarry to the other.