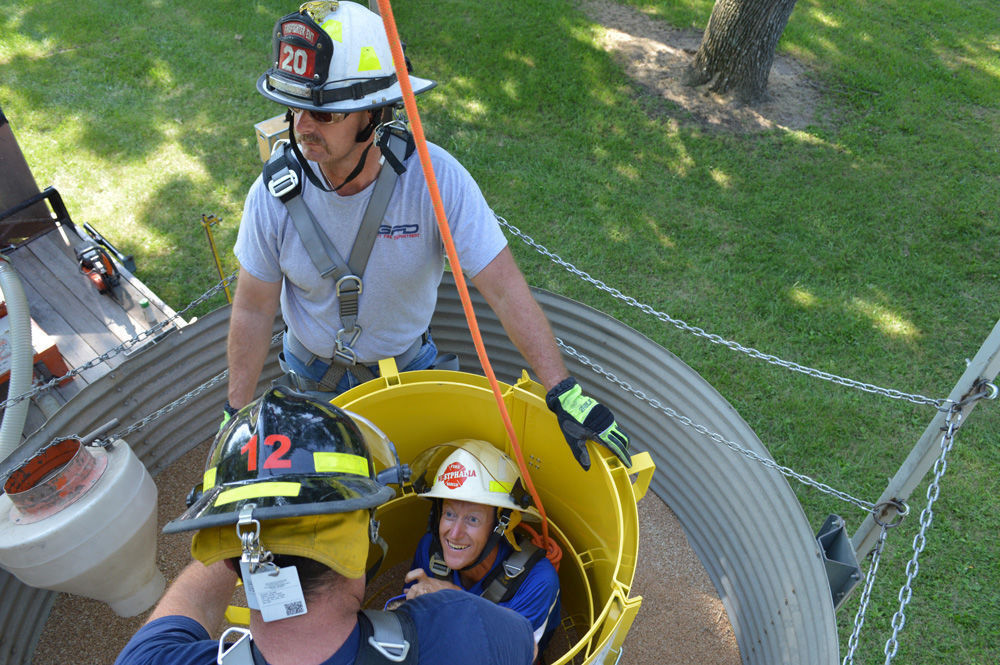 Firefighters receive training on how to rescue individuals trapped in grain bins, using a grain-bin-rescue tube. 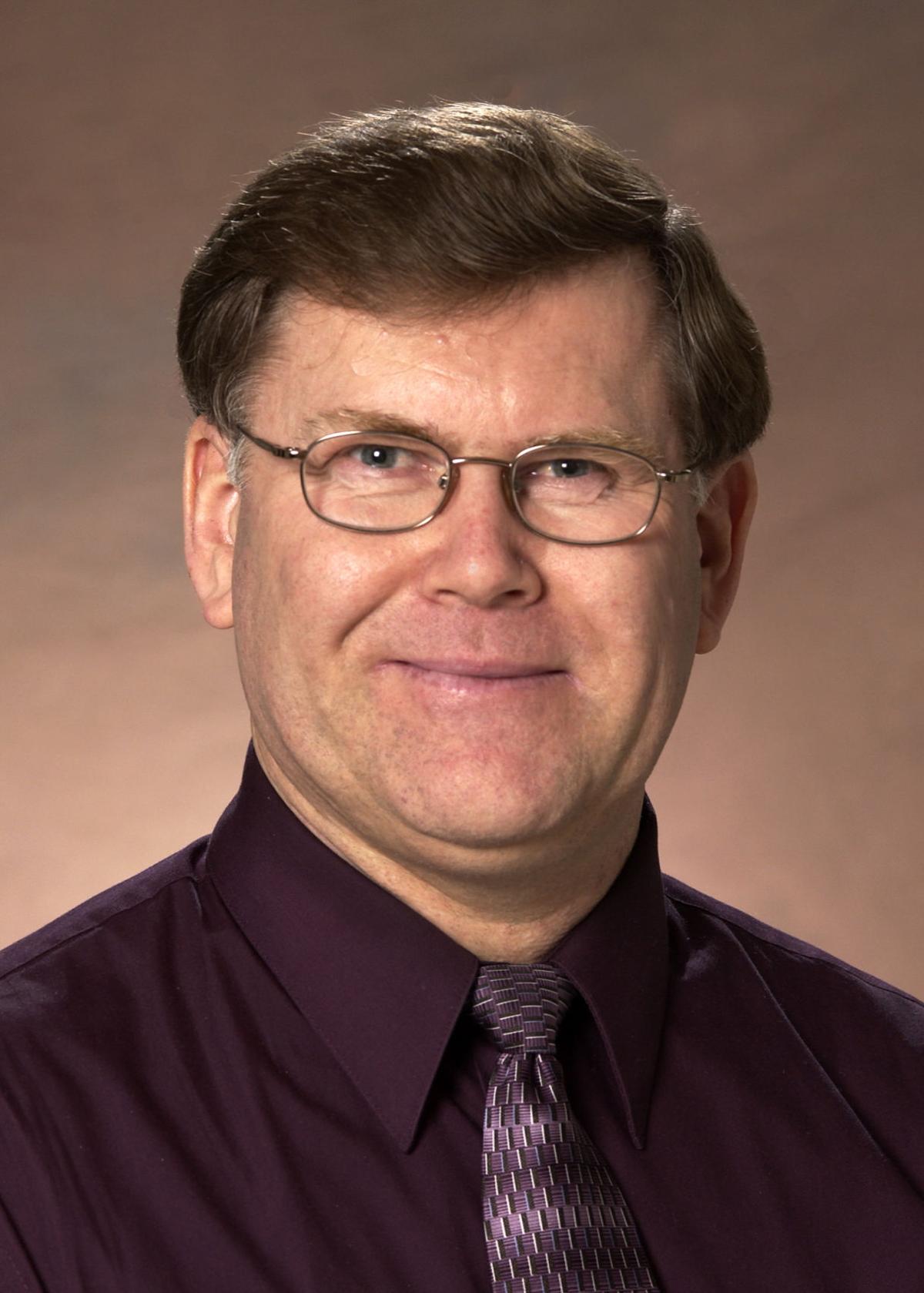 Firefighters receive training on how to rescue individuals trapped in grain bins, using a grain-bin-rescue tube.

Storage of wet grain leads to bin-unloading problems. Grain may be in clumps due to moisture in the grain and foreign material being frozen together. Or it may be due to crusted grain flowing in chunks that block grain flow into the grain sump of the unloading system.

Warming the grain to just more than freezing sometimes will enable the frozen grain to flow. People also have used a variety of other methods to break up the clumps – such as a plumbing snake through the unloading tube, air pressure to the sump through a tube in the unloading tube, or a grain-vac and plumbing-snake combination. But don’t go into the bin without following safety procedures.

Ensure everyone including family and employees who are working around stored grain understands the hazards and proper safety procedures. Too many people ignore safety practices and suffer severe injury or death while working around grain. They become trapped in grain or tangled in auger flighting.

Never enter a bin while unloading grain or to break up a grain bridge or chunks that may plug grain flow. Flowing grain will pull a person into the grain mass, burying him or her within seconds. Unloading at 5,000 bushels per hour is moving almost 2 cubic feet of grain per second. A 2–foot-diameter by 6-foot cylinder has a volume of about 9 cubic feet, so a person can be completely engulfed in less than five seconds – and would not be able to lift the individual’s feet in less than two seconds.

Stop the grain-conveying equipment and use the “lock-out/tag-out” procedures to secure it before entering the bin. Use a key-type padlock to lock the conveyor switch in the “off” position to assure the equipment doesn’t start automatically – or someone doesn’t start it accidentally.

Bridging occurs when grain has a lot of moisture content, is moldy or is in poor condition. Kernels stick together to form a crust. A cavity will form under the crust when grain is removed from the bin.

The crust isn’t strong enough to support a person’s weight. Anyone who walks on it will fall into the cavity and be buried under several feet of grain. Determine if the grain has a crust before any grain has been removed. If work needs to be done with a crust, it must be done before any grain is removed.

To determine if the grain is bridged after unloading has started, look for a funnel shape on the surface of the grain mass. If the grain surface appears undisturbed, the grain has bridged and a cavity has formed under the surface. Stay outside the bin. Use a pole or other object to break the bridge loose.

If the grain flow stops when removing it from the bin, but the grain surface has a funnel shape and shows some evidence that grain has been flowing into the auger, a chunk of spoiled grain probably is blocking the flow. Entering the bin to break up the blockage will expose a person to being buried in grain and tangled in the auger.

If grain has formed a vertical wall, try to break it up from the top of the bin with a long pole on a rope or through a door with a long pole. A wall of grain can collapse, or avalanche, without warning, knocking a person over and burying him or her.

Never enter a grain bin alone. Have at least two people at the bin to assist in case of problems. Use a safety harness and rope that prevents anyone from descending rapidly when entering a bin.

If a person becomes partially submerged in flowing grain, the force pulling on him or her is several-hundred pounds, far exceeding the ability for a person holding a rope to prevent engulfment. Again never enter a bin with the unloading system running.

Becoming tangled in the unloading sweep auger is another major hazard. Entanglement typically results in lost feet, hands, arms, legs and frequently death due to the severe damage.

Although one shouldn’t enter a bin with an energized sweep auger, it may be necessary in some instances. All sweep augers should have guards that protect against contact with moving parts at the top and back. The only unguarded portion of the sweep auger should be the front point of operation.

If someone must go into the bin, be sure to have a rescue-trained and equipped observer positioned outside the storage bin. Use a safety switch that will allow the auger to operate only while the worker is in contact with the switch.

Never use hands or legs to manipulate the sweep auger while it’s in operation. The auger should have a bin-stop device that prevents the sweep auger from making uncontrolled rotations.

A. Never enter a storage bin while unloading grain because flowing grain can pull a person in and bury him or her within seconds; B. Grain ker…