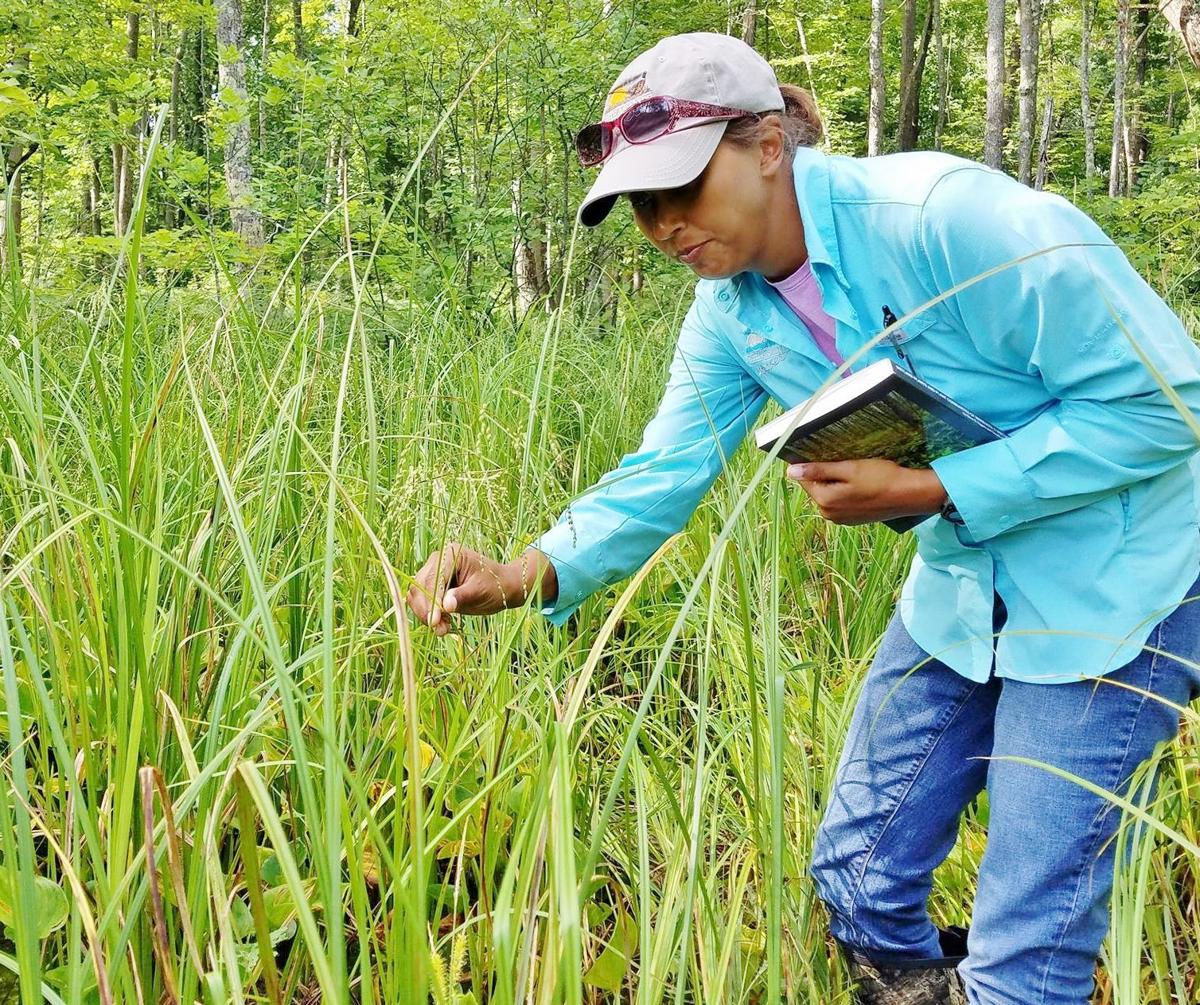 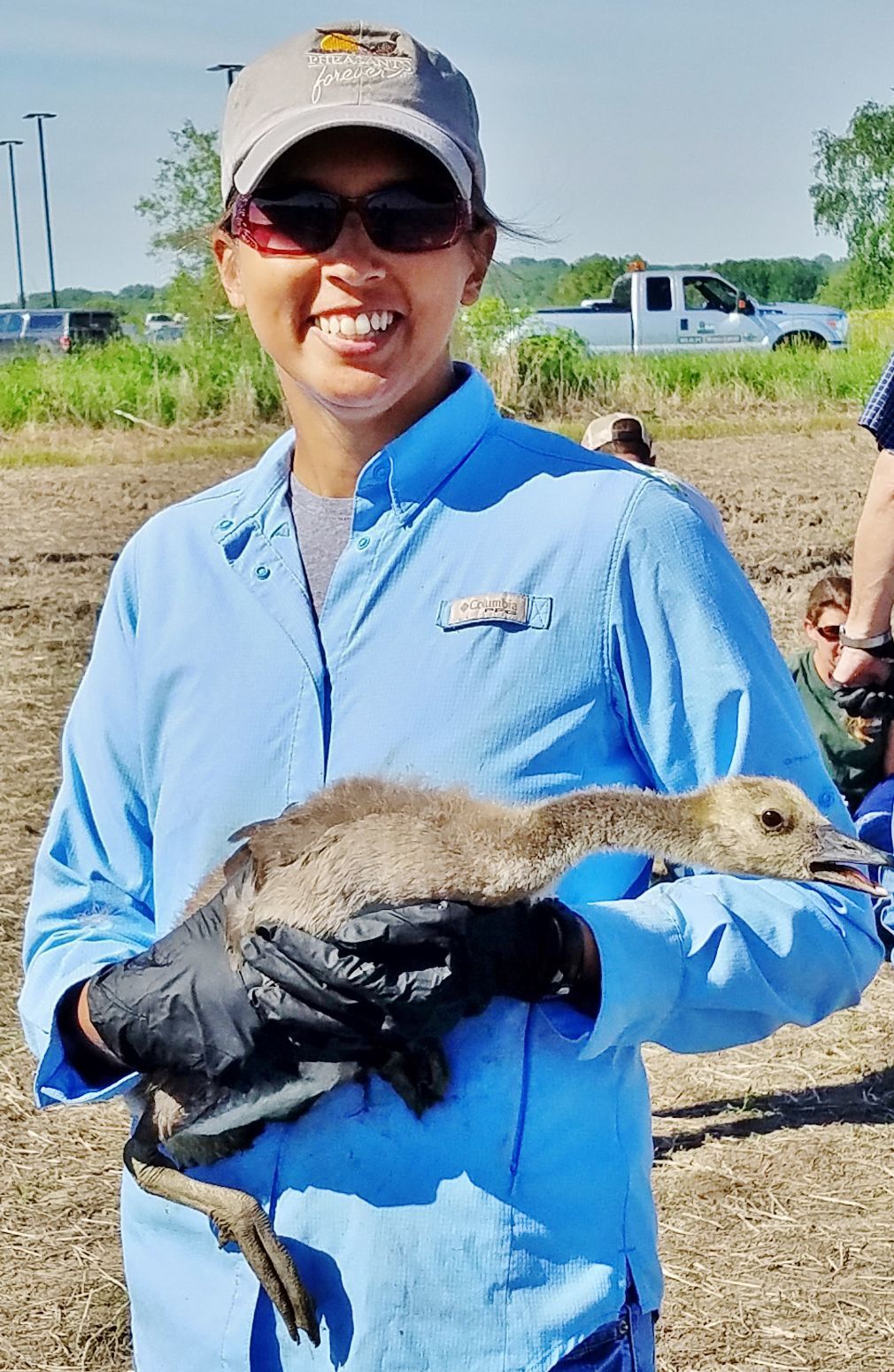 PORTAGE, Wis. – Some things in life come full circle. Tally Hamilton’s grandfather was a member of Pheasants Forever – and now she serves as a farm-bill biologist for the partnership between Pheasants Forever, the U.S. Department of Agriculture’s Natural Resources Conservation Service, and the Wisconsin Department of Natural Resources. The circle of life is what she enjoys most about her job, she said. She can see flourishing today the habitat projects she worked on more than a decade ago.

“It’s cool to see the continuity,” she said of seeing the habitat she worked on in 2006 as an intern at the International Crane Foundation, for example. “I enjoy being able to have an impact on the landscape.”

And serving an eight-county area – from Wisconsin’s Marquette and Columbia counties east to Lake Michigan – she helps farmers and other landowners make a sizable impact on the state’s environment. As a farm-bill biologist she focuses on conservation programs and habitat planning. The purpose of such biologists is to assist landowners in designing, developing and funding habitat improvements on private lands, according to Pheasants Forever.

Farm-bill biologists share knowledge about federal, state and local programs to help landowners determine the program best suited to meet their habitat and land-use goals. Hamilton provides technical information about the USDA’s Conservation Reserve Program and its Wetland Reserve Program, for example. In addition to her work with landowners she provides education and outreach, speaking to high school and college students.

“Tally has taken the reins with the wetlands-easement program,” said Marty Moses, state coordinator in Wisconsin for Pheasants Forever. “She’s one of the go-to experts, especially in central Wisconsin.”

Hamilton also has been mentoring new biologists on the Pheasants Forever team.

“She helps show them the ropes,” Moses said. “And she has provided outreach to women landowners in the Women Caring for the Land program. She shared information about our programs and made them feel welcome in the area of conservation.”

“She explained the types of conservation-program resources available through the Natural Resources Conservation Service and the Farm Service Agency,” Jakubek said.

A native of Pittsboro, Indiana, Hamilton was raised on a farm. Her family raised crops and a small herd of beef cattle. She was active in 4-H, serving as the club president for five of the 10 years she was a member. She showed dairy steers and swine.

“I learned a work ethic, community ties, and how to win and lose gracefully because of 4-H,” she said.

After high school she attended Northland College in Ashland, Wisconsin. There she earned in 2005 a bachelor’s degree in natural resources. She then served as an intern and as an employee in wildlife organizations. She worked at the Wildlife Science Center in Stacy, Minnesota, a rescue organization for wild animals. It’s also a research and education center that enables the public to learn more about wildlife and their conservation.

Hamilton also had a job tracking red wolves at the Alligator River National Wildlife Refuge near East Lake, North Carolina. A five-county area in eastern North Carolina is home to the only wild population of red wolves in the world, according to the refuge. Its goal is to reintroduce the endangered animal into the wild.

She then served as an intern helping to conserve habitat at the International Crane Foundation near Baraboo, Wisconsin. She worked on a Utah State University graduate student’s project tracking pronghorn antelope and coyotes in southeastern Colorado. She then worked for four years with the Nebraska Game and Parks Commission where she tracked bighorn sheep in western Nebraska. The state researches, manages and works to conserve traditional big-game animals.

While in Nebraska she pursued a master’s degree in education with a science emphasis at Chadron State College in Chadron, Nebraska. There she focused on wildlife and habitat management. After earning her master’s degree she became a biological technician for the U.S. Fish and Wildlife Service at the Morris Wetland Management District in Morris, Minnesota. She continued to work for the national service at the Upper Mississippi River National Fish and Wildlife Refuge in La Crosse, Wisconsin. There she was involved in invasive-plant control, prairie management, and plant and wildlife surveys. Then in 2016 she became a farm-bill biologist for the partnership between Pheasants Forever, the Natural Resources Conservation Service and the Wisconsin DNR.

Hamilton’s advice to young people interested in a career in conservation is to seek volunteer opportunities and internships. Earth Team provides urban-youth opportunities in experiential education and skills development. The U.S. Fish and Wildlife Service welcomes volunteers of all ages.

“Find a support group,” she said. “It’s good to have a network when you have questions or issues as well as to share successes.”