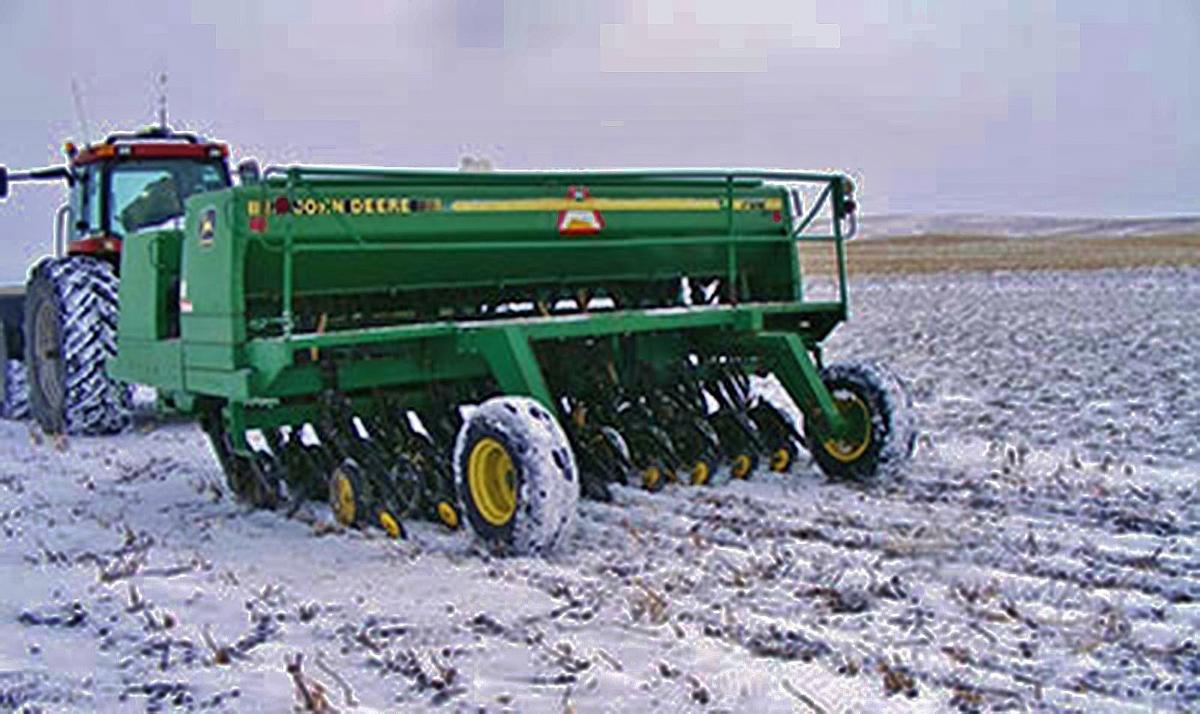 Dormant-seeding assures early seeding of cool-season crops like spring wheat, where it’s important to avoid hot weather that occurs when they are planted too late in the spring. It also helps to spread workload. 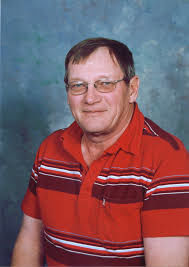 Dormant-seeding assures early seeding of cool-season crops like spring wheat, where it’s important to avoid hot weather that occurs when they are planted too late in the spring. It also helps to spread workload.

Dormant seeding is when a crop is placed in a soil long before soil temperatures and/or moisture conditions will allow seed to germinate and grow. The technique is commonly used for plants like native grasses and forbs. It’s less common with grain crops. The Dakota Lakes Research Farm and the James Valley Research Center have hosted a substantial amount of work on dormant seeding during the past three decades.

The reasons for considering the technique is to assure early seeding of cool-season crops like spring wheat, where it’s important to avoid hot weather that occurs when they are planted too late in the spring. It also helps to spread workload. Those two factors may be important for growers with large acreages of winter wheat that were not planted in the fall because of adverse soil conditions.

Dormant-seeding spring wheat is not a substitute for planting winter wheat at the proper time when conditions are suitable. It’s a viable alternative to a traditional spring-wheat seeding program, and as a means to keep wheat in rotation when adverse weather precludes winter-wheat seeding in the fall. A three-year study at the Dakota Lakes Research Farm produced a spring wheat yield of 65.8 bushels per acre with dormant seeding and 62 bushels per acre with late-March seeding. That slight yield advantage to proper dormant seeding would be larger if the spring seeding was delayed into April.

The small difference between the December and March seeding of spring wheat indicates that the primary reasons for considering the technique are to assure early wheat seeding. It will also provide more time in spring for seeding other cool-season crops like canola, peas and flax. Doing those early clears the way for timely seeding of warm-season crops.

Dormant seeding should not be considered in situations where residue and soil conditions will result in increased wind-erosion potential. Good sanitation and rotation practices need to be in place because time and temperature conditions will limit spring burndown options. Surface residue should be sufficient to minimize soil-temperature fluctuations associated with short winter-time warmups that may cause the wheat to germinate – only to be killed by cold temperatures that could follow.

Seeding should occur after soil temperatures have cooled sufficiently to prevent the seed from germinating. If possible it should be done just before the soil freezes. Cold soil that is dry will seed well. If the soil is moist and frozen it’s sometimes not possible to seed at the normal 1-inche to 1.5-inch seeding depth. Shallow seeding will fail. The proper time is usually the week following Thanksgiving but that can vary. A normal seeding rate of 1.6 million pure live seeds per acre or slightly more is appropriate. Treating the seed with a fungicide seed treatment has been beneficial. Placing dry fertilizer at 50 to 70 pounds of 11-52-0 per acre was used in the trials and was also beneficial. Increased rates, inclusion of chloride fertilizers and liquid-fertilizer sources in contact with the seed were not tested. Those may create concern.

There are some gray areas in crop-insurance regulations when the subject of dormant seeding is involved. Our optimistic interpretation is that early December is actually very-early spring. Check with an insurance provider.

The biggest drawback to dormant seeding is the need to pull things out of the shed and prepare them at that time of year. Everyone wants to relax for the holidays. The days are short and the weather can be cold. Heated cabs and auto steer are a huge benefit as compared to 15 years ago but it still takes discipline. Dormant seeding is the normal practice for spring-wheat production at Dakota Lakes.