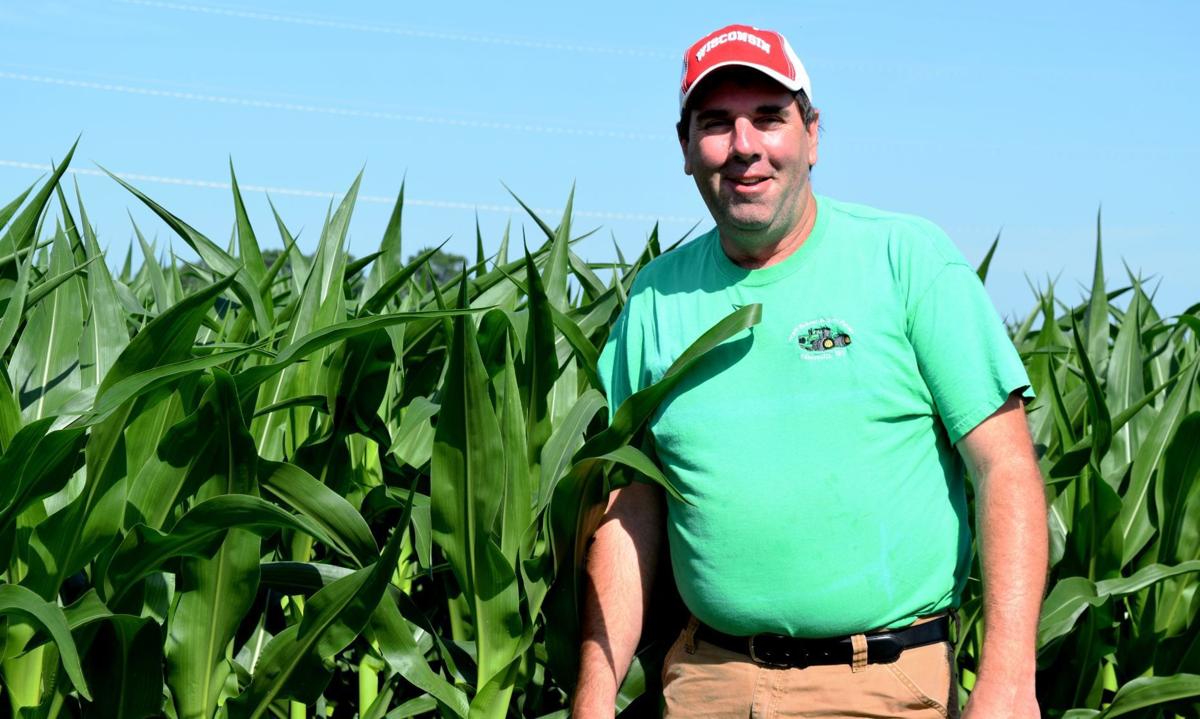 Doug Rebout has hosted two sites in Rock County, working with Discovery Farms to monitor the effect of farming practices on water quality. Rebout and his family farm about 4,000 acres near Janesville, Wisconsin. He planted cereal rye as a cover crop in fall 2018 and said he's seen less runoff from that test site. 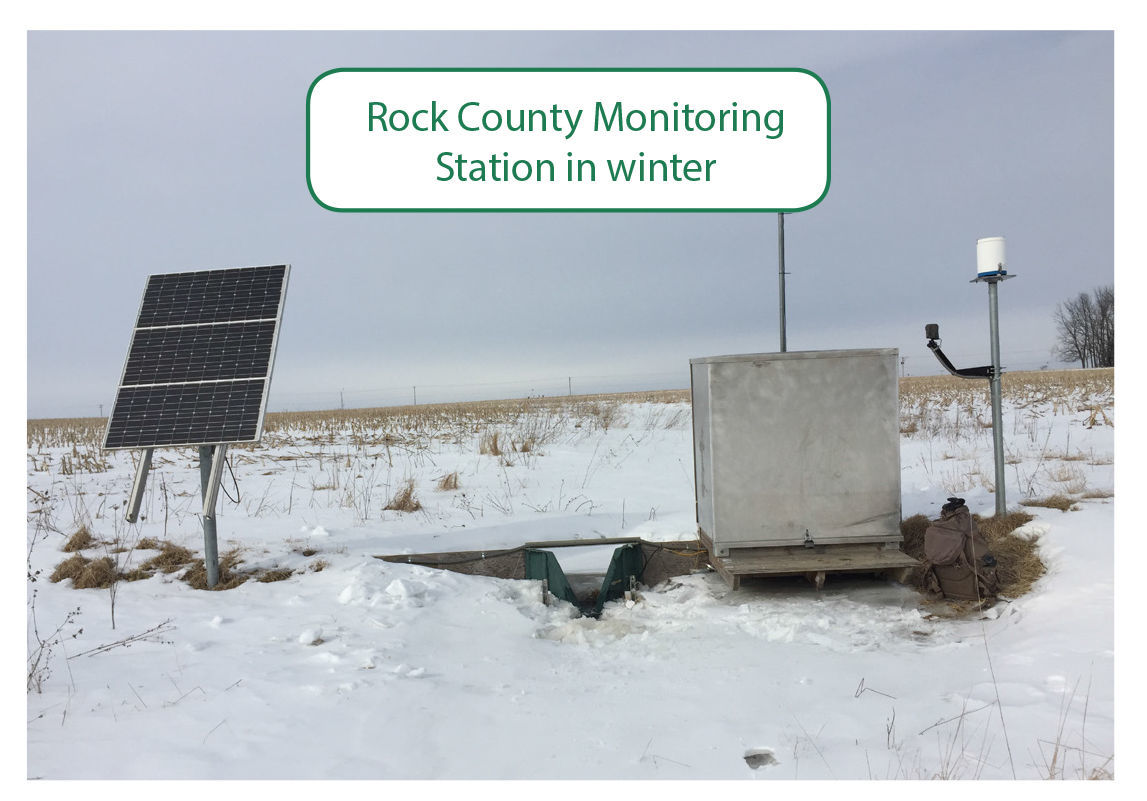 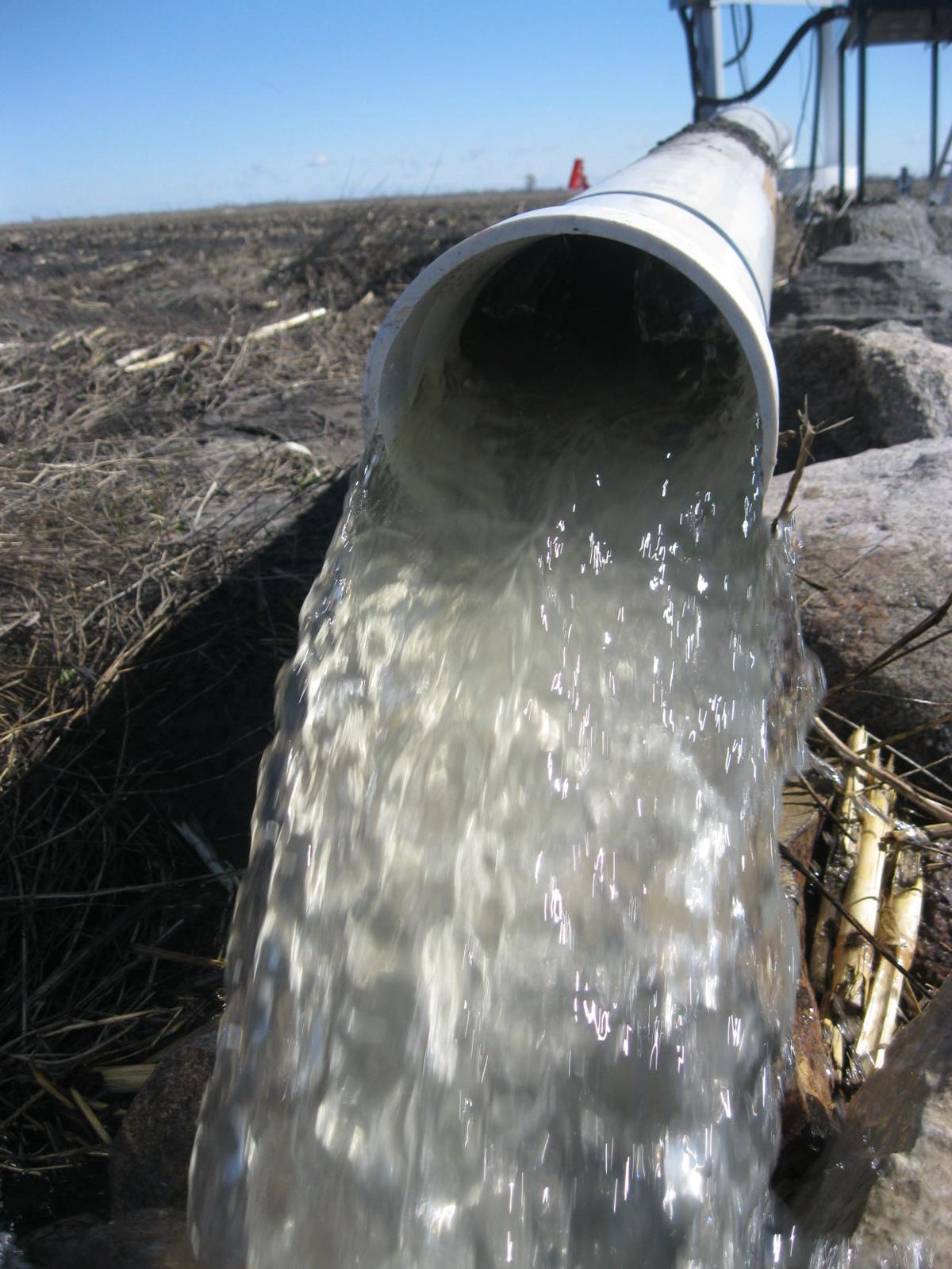 University of Wisconsin-Discovery Farms is partnering with farmers in northeast Wisconsin to study tile drainage. 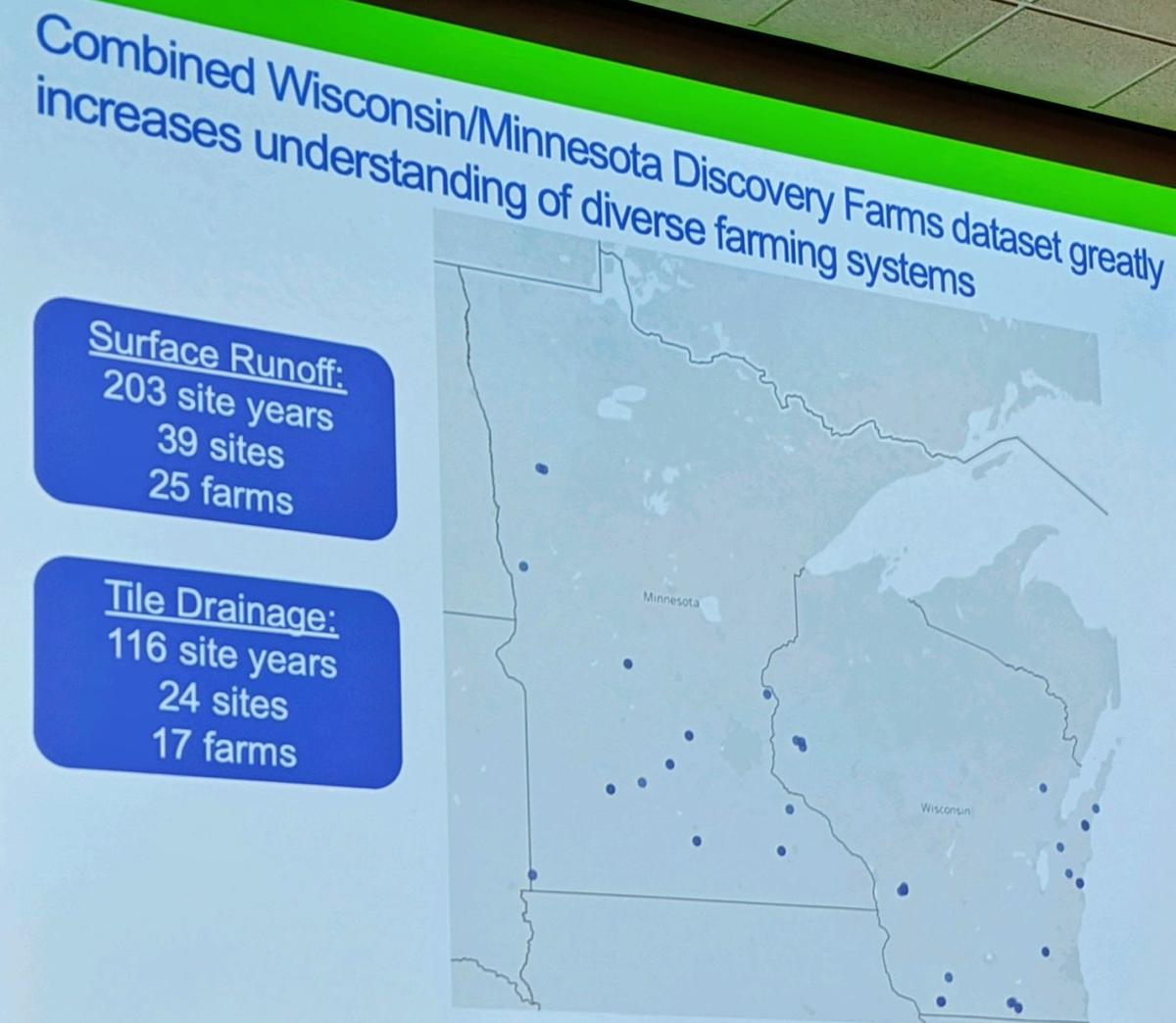 A presentation by Discovery Farms shows the widespread reach of surface runoff and tile-drainage studies in Wisconsin and Minnesota. 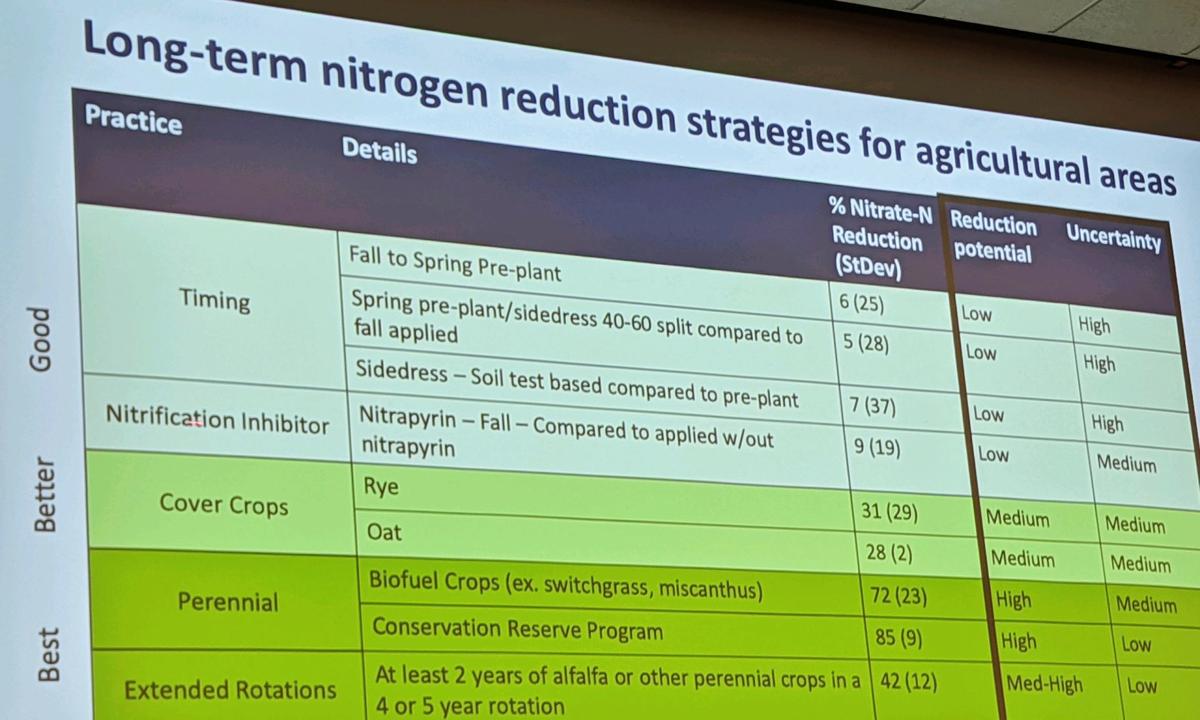 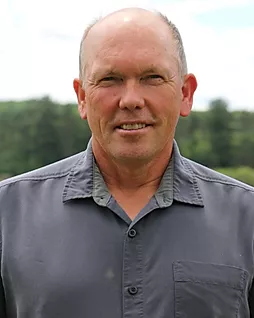 Doug Rebout has hosted two sites in Rock County, working with Discovery Farms to monitor the effect of farming practices on water quality. Rebout and his family farm about 4,000 acres near Janesville, Wisconsin. He planted cereal rye as a cover crop in fall 2018 and said he's seen less runoff from that test site.

University of Wisconsin-Discovery Farms is partnering with farmers in northeast Wisconsin to study tile drainage.

A presentation by Discovery Farms shows the widespread reach of surface runoff and tile-drainage studies in Wisconsin and Minnesota.

A recent University of Wisconsin-Discovery Farms Conference gave the program’s staff as well as farmers opportunities to reflect on how the on-farm research program has progressed in the past two decades. Discovery Farms was launched in 2001; it’s part of the UW-Division of Extension.

Farmer participants continued to work with Discovery Farms for the next five to seven years. Together they evaluated more closely the impact of crop rotations. But there still wasn’t enough baseline data in 2009 for statistical significance, Radatz said. By 2014 Discovery Farms staff – combining data with programs in Wisconsin as well as Minnesota – could more clearly see the effect of farming systems on water quality.

To date the number of farmers who have hosted water-quality and nitrogen-use efficiency sites has increased to 133, according to Discovery Farms. Those farmers represent 23 Wisconsin counties.

Significant soil loss occurred at new seeding of alfalfa due to greater destruction of soil structure. Cooley cited one example where alfalfa was planted May 17. Erosion was so bad the farmer needed to replant alfalfa in August.

Discovery Farms staff overall has observed significant soil losses due to tillage conducted in May and June. About three-quarters of particulate phosphorus loss occurs in May and June. To help reduce soil loss farmers can reduce tillage, plant alternative forage crops in their rotations and plant cover crops that overwinter – remaining until the following May and June.

About three-quarters of phosphorus lost in March is in the dissolved form. It occurs during frozen-ground periods and early-spring runoff. Despite retained crop residue on the soil surface, dissolved phosphorus loss can still pose problems.

Two farms in Rock County monitor water quality on four sites. The baseline phase at those sites is complete. The sites are now in the experimental phase of monitoring for the effect of cover crops on surface runoff.

Doug Rebout has hosted two of the Rock County sites for the past five years. He farms about 4,000 acres with his family near Janesville, Wisconsin. The two sites – just 2 miles from each other – have similar soils. Both have little slope.

“We use the same crop rotation on both – two years of corn followed by one year of soybeans,” he said. “We’ve been using that rotation for many years. We mainly strip-till corn and no-till soybeans.”

Rebout no-tilled cereal ryegrass into corn stalks on one site. The other site will continue to be farmed as it has been. Given the sites are so similar they’ll serve as a good comparison, he said.

“I don’t have the full (Discovery Farms) report yet, but I was surprised at how much less runoff there was from the field planted to cereal rye,” he said.

Participating in the research has been relatively easy. He uses global-positioning-system technology, he said, sharing his system’s data with Discovery Farms. The program’s technicians take samples from the sites throughout the year and communicate to him what they’re seeing. Once they collect and analyze data they provide him a year-end report.

“We see how results compare from year to year,” he said. “We use that information on our farm. Discovery Farms provides advice and answers our questions. It’s one of the best research organizations out there. We’re very happy we’ve been involved with them. Anything we can learn to reduce soil and nutrition loss helps our farm.”

In addition to surface-runoff monitoring Discovery Farms has been monitoring nitrogen-use efficiency. Eighty farmers in 14 Wisconsin counties have participated in the program. The project, which started in 2015, helps farmers evaluate nitrogen-management practices.

One of the newest projects is tile-drainage monitoring. Discovery Farms is monitoring 24 sites in five northeastern Wisconsin counties. The goal is to improve understanding about the timing and mechanisms for soil and nutrient loss through tile systems.

Among the farmers participating in the tile-drainage research are Rick Adamski and his wife, Valerie Dantoin. They own Full Circle Community Farm near Seymour, Wisconsin. They farm with their son, Andrew Adamski, and his partner, Heather Toman. Rick Adamski and Dantoin focus on the certified-organic, grass-fed-beef operation while their son and Toman focus on pastured pigs, laying hens and about 25 acres of fresh vegetables.

Rick Adamski serves on the Discovery Farms steering committee. He wanted to be more actively engaged in the group’s research, he said. And prior to Full Circle Farms participation the tile-drainage project didn’t have the involvement of a grazing-based farm. He has been rotational-grazing since 1987. Adamski and Dantoin had grazed dairy cattle for many years on their 240-acre farm.

Discovery Farms is a fine example of the “Wisconsin Idea,” Adamski said. It holds that education should influence people’s lives beyond the boundaries of the classroom. He has participated in the project for two years. Data from his farm are collected about every-other week through most of the year and about once per month in the winter months. By seeing what flows out of drain tiles Discovery Farms can help farmers – whether they’re crop farmers or livestock producers.

HOFA PARK, Wis. – It’s been a common story for decades now, the tale of young folks leaving the rural areas to pursue prosperity amidst the ur…