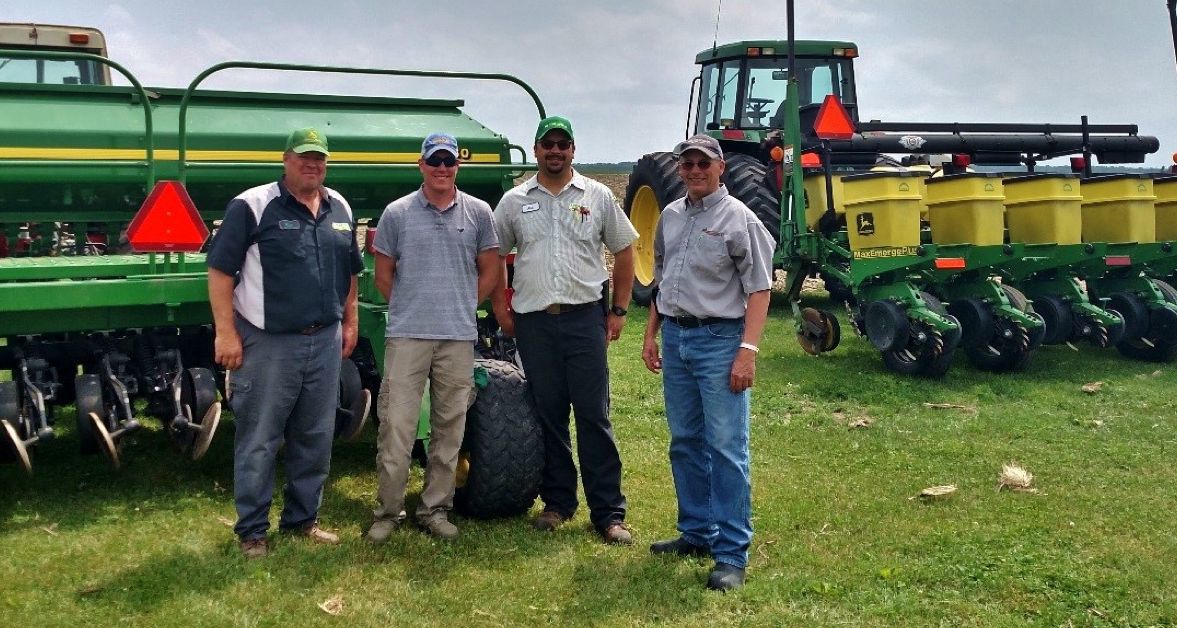 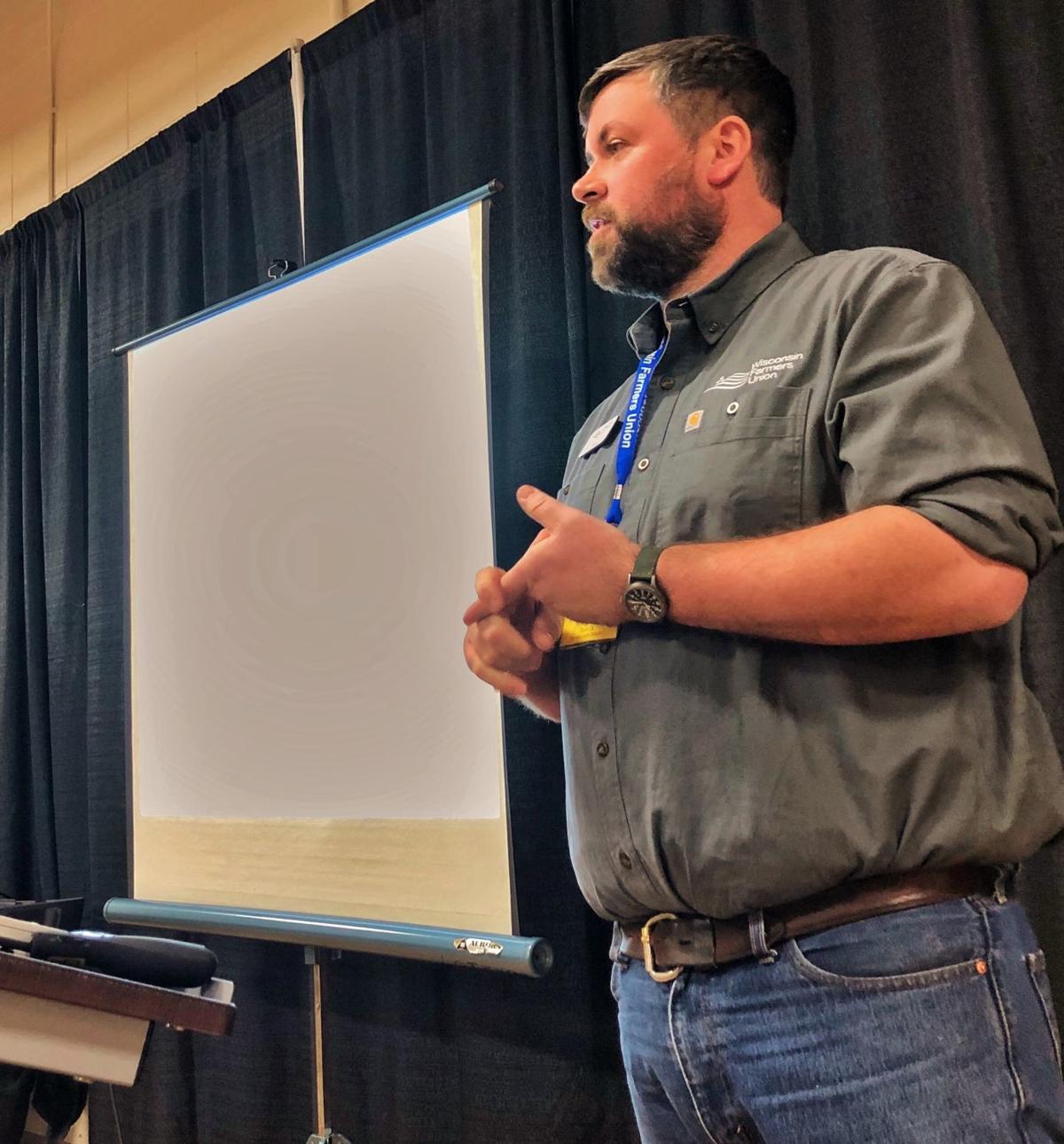 Wisconsin farmers convene for the “Our Lakes, Our Land” workshop at the 2020 Wisconsin Farmers Union Convention. 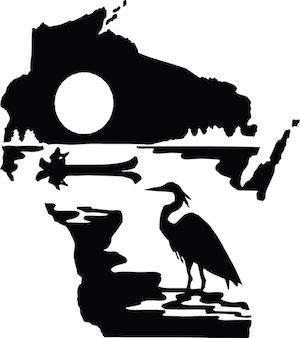 Wisconsinites are blessed to be surrounded by such an abundance of water. More precious to life than any other natural resource, it’s the one that requires the greatest levels of preservation awareness and protection by all.

So it’s only natural that one of the workshop topics at this year’s state convention for the Wisconsin Farmers Union was aimed solely at addressing the issue of water quality. Titled “Our Lakes, Our Lands,” the workshop examined the cause-and-effect relationship of those residents residing on shoreline properties – as well as more importantly Wisconsin farmers and the large role they play in the state’s water quality. The meeting was one of the last in-person gatherings before the COVID-19 crisis stopped events.

The watershed discussion was led by Bill Hogseth, the watershed coordinator for the Wisconsin Farmers Union, and Eric Olson, the director of the University Wisconsin-Division of Extension Lakes Program. Olson’s discussion was more focused around residential influences. Hogseth, who has an extensive background in natural-resource management and community organizing, focused on farm influence.

Farmers play an incredibly important role in water quality. Hogseth said there’s a challenge in engaging with farmers because it’s a topic they haven’t typically been heavily involved with. It’s really about bringing people together to learn how to solve problems.

It’s undeniable that farming impacts water quality. What’s perhaps less clear is that the methods and practices used by any particular farm can range from extremely detrimental to highly beneficial for local water quality.

One of the easiest ways for farmers to start contributing to the improvement of their local water quality is to focus on improving their soil quality, Hogseth said. That includes practices such as armoring the soil, minimizing or eliminating tillage, increasing plant diversity, keeping living roots in the ground year-round, and integrating livestock to recycle nutrients and decrease synthetic fertilizers.

The positive effects of those practices speak for themselves. Using the application of cover crops as an example, Hogseth provided some previously unpublished estimates for the Horse Creek Watershed in Polk County, Wisconsin. He said cover-crop usage in that area has reduced nitrogen runoff by about 6,000 pounds, phosphorus by 1,700 pounds and sediment by 159 tons per year.

Despite the evidence that’s accumulating in their favor, those types of soil-improvement practices have not been widely adopted across the state. Less than 20 percent of farmers in the state are no-till . So why is there such

Resistance to adopting those changes boils down to the fact that it’s a really complicated process to change the way people farm. Farming practices are typically shaped by influences such as economics, politics, history, climate, family, values and technology. Changing the way people farm is really about changing a behavior – and behavior is undoubtedly one of the most difficult things to change.

“Getting people to change what they do is one of the hardest things in the world,” Hogseth said.

Conservation practices have long been focused on as a technical problem. An example of a technical problem is a simple problem with a simple solution. For example when someone has a flat tire they simply change the tire and the problem is solved. But changing farming is not nearly as simple as changing a flat tire. Instead it’s what Hogseth defines as a “wicked problem,” which means it’s a problem that has multiple causes, is difficult to define, has no clear solution, is socially complex and ultimately requires a change in human behavior.

How can farmers be better encouraged to take that risk and change their farming practices – especially when they are already invested in what many consider to currently be a high-risk industry? Furthermore how can farmers be supported and engaged as they move through the innovation process, especially at the emotionally-charged decision point?

Gerald A. Miller, project director for Iowa’s Heartland Regional Water Coordination Initiative, has written a book, “Pathways for Getting to Better Water Quality: The Citizen Effect.” He discusses an empowering theory of change.

“Plans, policies and regulations are not adequate substitutes for the empowerment of people,” he wrote. “Ultimately change on the land is accomplished by the people who live on land in each watershed. Change is more rapid and sustainable in small watersheds where people have common ties to their communities as well as the land and water.”

Financial concerns are often placed at the forefront of a decision-making process. But Hogseth said most of the answers to those complex questions can be found in supportive local communities and trusted personal sources. For those in the farming industry to make real progress toward water-quality improvements, it’s crucial that spaces be created where farmers can build trusting relationships and feel comfortable seriously addressing the challenges their farms are facing. Those spaces need to be collaborative in nature but where farmers can take the lead.

“The first step and the most important step is community building,” he said.

As an answer to the call for collaborative spaces, the Wisconsin Farmers Union has started the process by developing four farmer-led watershed councils in the western part of the state. They are defined officially as “A group of farmers organized in a designated watershed who are willing to play a leading role in addressing shared concerns.” The councils are looking to provide farmer-to-farmer learning and strategizing, define measurable goals, and develop actionable items – as well as identifying others in their watershed area who are also interested in becoming more involved.

“Ultimately it’s all about people,” Hogseth said. “It’s more than just meeting water-quality standards and bringing folks into compliance with laws. It’s about improving the quality of life for folks – like one family who incorporated no-till farming ended up having more time to spend with their kids since they weren’t out tilling the land.”

Producer-led watershed protection groups are implementing conservation practices around the state of Wisconsin. Wisconsin's latest round of Pr…

Wisconsin farmers convene for the “Our Lakes, Our Land” workshop at the 2020 Wisconsin Farmers Union Convention. 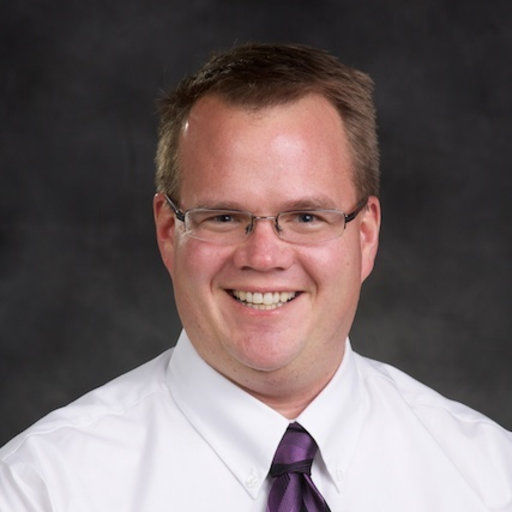