Read Today's E-Edition
Share This
From the Fields: May 23 Wade Bulman
Share this
Wade Bulman For Agri-View

As I write my field report the calendar says it’s May 17, also known as Syttende Mai or the Norwegian Independence Day. It’s quite the celebration in many communities in the United States with Norwegian heritage. I remember back 35 or 40 years ago, we would usually be done planting on my father’s farms. We would be moving equipment through the small village of Spring Grove, Minnesota. We would be on our way to my older brother’s farm and rented acreages. There was always a lot of people and lots of festivities going on as we moved things through on the main state highway through town.

It has been a busy two weeks since our previous report. We were able to work in the fields the first week of May. I seeded oats and new seeding of alfalfa, timothy and red clover. We received 2 inches of rain May 8, which put a stop to the field work. Fortunately it came nice, which should help everything that was seeded be off to a good start.

By May 13 it dried enough; we could return to the fields. We managed to plant close to half the corn before another two-thirds inch of rain stopped us. It looked like we would accomplish more May 17 if the rain held off. Although it doesn’t look promising for most of this week, we will see what happens with the weather.

Most of what I have left to plant corn on has red-clover cover crop, which was seeded under oats this past year. I like to leave it as long as I can before killing it, to receive the maximum amount of nitrogen fixation. It makes a nice mellow seed bed in which to plant. Most of my land is between 16 percent and 20 percent slope. So I still like contour strips along with no-till and planting into a living cover crop. That really helps keep the soil on the fields and out of the Mississippi Delta.

Wade Bulman owns and operates a small farm of 236 acres in the west-central Driftless Area Region of western Wisconsin. He primarily grows cash grain crops, but has a small cow-calf herd and finishes his steers. 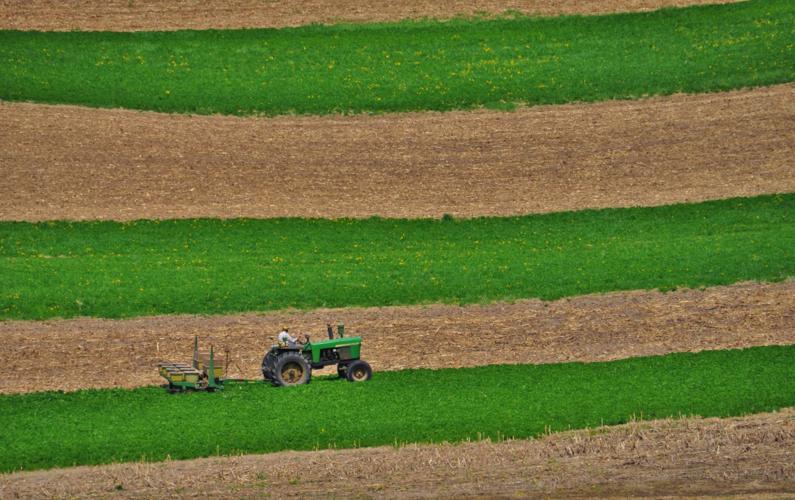 Wade Bulman plants into a red-clover cover crop in one of the south-facing contour strips. 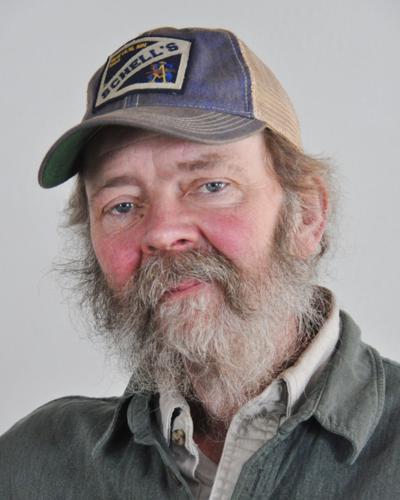