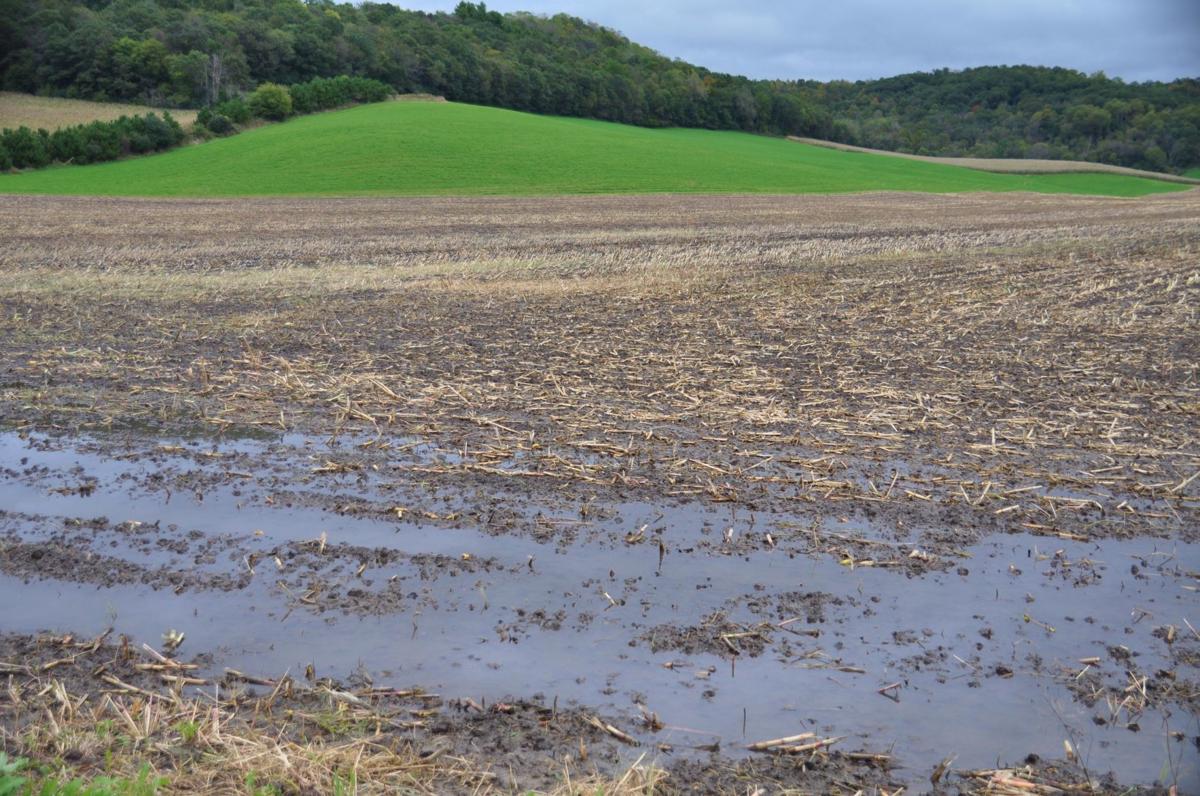 Corn silage is off this field and rye sowed. Hopefully fall doesn't continue to be this wet.

It has been a wet week in this area of western Wisconsin, with more than 2.5 inches of rain on already-saturated soils. I have not seen any field work done this past week. The previous week was quite a bit drier with only three-quarters of an inch of rain.

Farmers in the area took advantage. Quite a lot of corn silage was put up and some rye cover crop seeded on harvested fields. One farmer I visited with said the yield was better than expected on the low-lying fields considering the late planting and poor germination.

A very-few soybean fields were harvested in the area. I have not heard yield numbers although I did hear an Extension report from Minnesota that stated, “Yields were okay.”

Crops overall appear to be maturing quite rapidly. Soybean fields that were grass-green at last report are maturing and drying. Another farmer reported to me his 85-day-maturity corn on lighter ground was testing at 24 percent moisture.

We went to a pasture walk during the rain this past week.

The farmer who hosted commented on the difficulty of grazing in such a wet year, saying, “It doesn’t get any worse than this.”

We all hope this fall’s harvest season doesn’t become any worse than this.

Wade Bulman owns and operates a small farm of 236 acres in the west-central Driftless Area Region of western Wisconsin. He primarily grows cash-grain crops, but has a small cow-calf herd and finishes his steers.