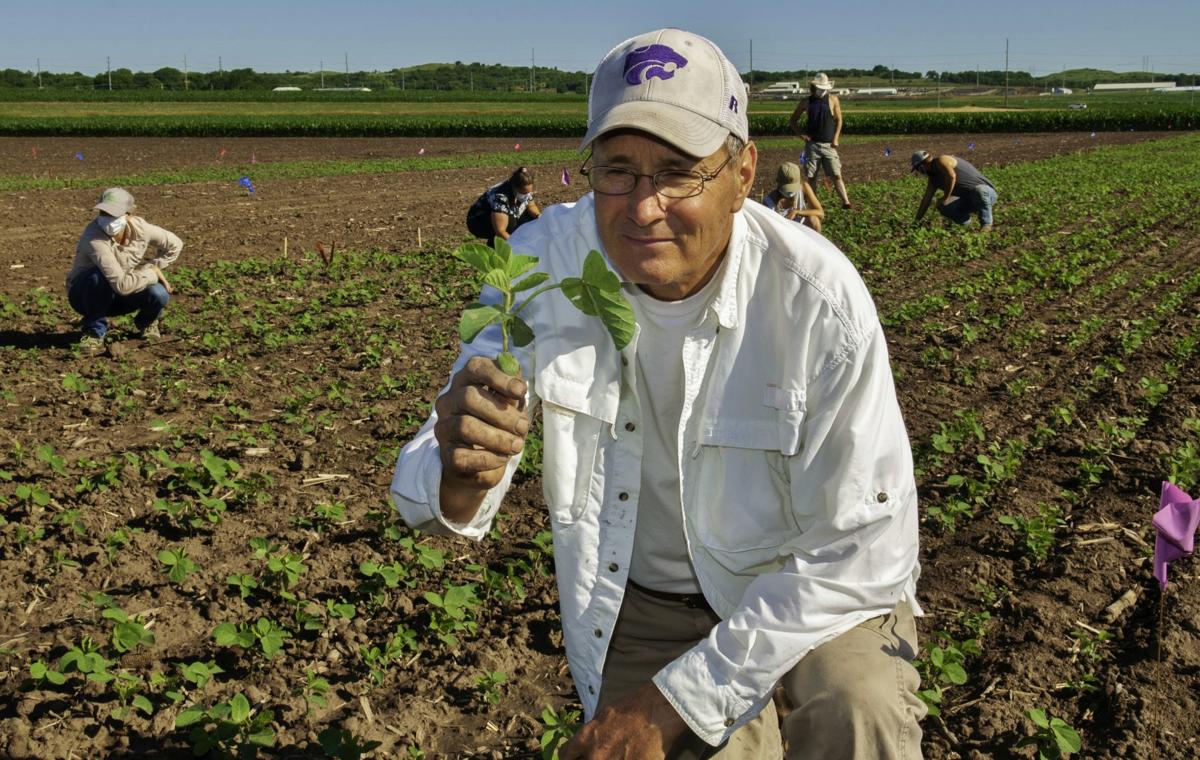 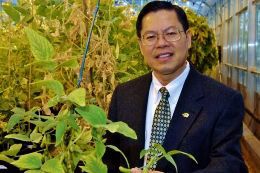 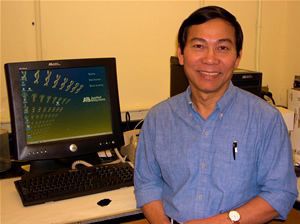 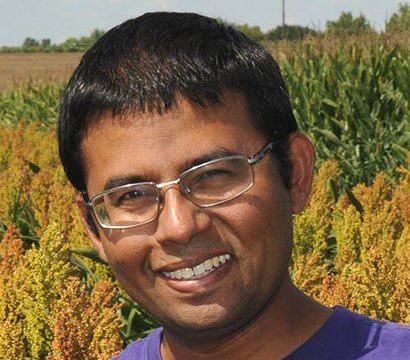 On a recent summer morning a team of students and scientists worked quietly, row by row in a research field, thinning soybean-seedling plants by hand. They saved the strongest to establish a uniform plant population for varieties to be grown in a new research project.

The team is led by Kansas State University agronomy professor and soybean breeder Bill Schapaugh. He’s just starting work on a three-year effort to develop soybean varieties that will better withstand heat stress in the critical post-flowering stage of development – the seed-filling stage. He’s working on the project with Kansas State University associate professor and crop physiologist Krishna Jagadish, and University of Missouri geneticists Henry Nguyen and Tri Vuong. The work is made possible by a $500,000 award from the U.S. Department of Agriculture’s National Institute of Food and Agriculture.

“The long-term goal of this research is to strengthen the development of commercial soybean varieties with improved tolerance to heat stress,” Schapaugh said.

The specific goal is to identify and characterize unique sources of post-flowering heat tolerance in existing soybean germplasm that can be used to develop commercial varieties.

“We’re focusing on post-flowering because environmental stresses such as heat tend to have the largest impact on seed yield and seed composition during this period of growth,” he said.

Hot daytime temperatures during that stage of soybean development can negatively impact yield – how much grain a plant produces – as well as grain quality, which ultimately reduces what farmers have available to sell after harvest. That’s particularly important because climate models are projecting that U.S. soybean growing regions will experience increased mean seasonal hot temperatures. There will also be frequent episodes of hot daytime-temperature stress.

The researchers are laying the groundwork for developing new cultivars that can tolerate heat stress better than those currently available. They have three objectives.

Validate haplotypes – deoxyribonucleic acid or DNA characteristics that tend to be inherited – and strengthen breeding efforts to improve soybean resilience under post-flowering heat stress in the future.

Some plants will be grown outdoors. But to control how much heat and other environmental factors the plants are subjected to, the team will grow part of the soybean accessions in eight large tents. The heat tents are unique custom-designed structures placed over the plots; they’re covered with a clear polyethylene film, Schapaugh said. They resemble a clear wall tent. Air inside the tents will be heated from sunlight and sensors. Electrically controlled panels regulate temperature within the tents during the day. Such heat tents have not been used routinely in soybean research but have been used in a similar manner by Jagadish’s team to examine heat tolerance in wheat.

As part of the research team, Kansas State University and University of Missouri undergraduate and graduate students along with a post-doctoral researcher are enhancing their education, and research skills and techniques. In the end consumers will benefit from a more-consistent supply and quality of soybean products.