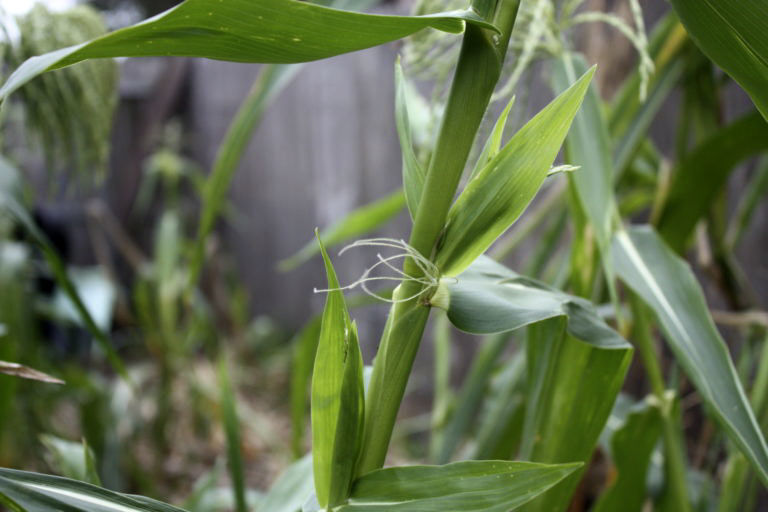 A teosinte plant in an early reproductive stage produces silk. 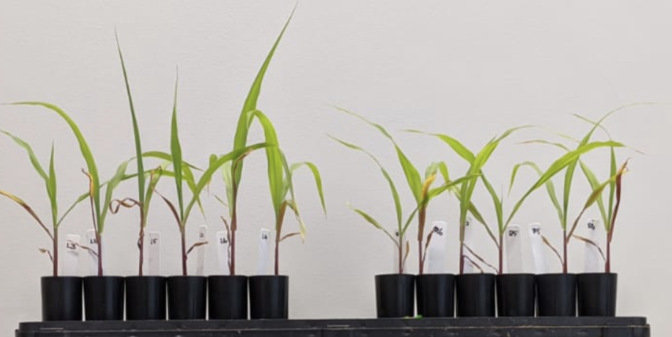 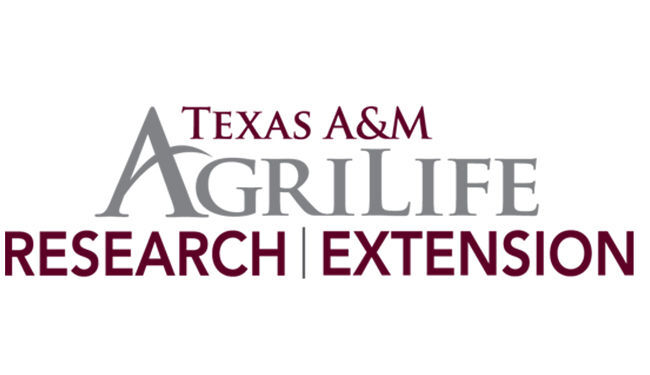 A series of clues in the past decade gave the team the idea for the project. Bernal’s previous work showed that teosinte is much less hospitable to insects than corn. Studies also showed that the corn microbiome has greatly changed in the past century, diverging from teosinte. Most all of the studies to date have focused on microbes living on and around the roots of corn and teosinte. In contrast few studies have focused on microbes living inside corn tissues, especially in the leaves, Bernal said.

“Studies have shown that the rhizosphere affects insect resistance in corn and can improve it,” he said. “But no one had looked at the microbiome inside corn tissues so we began looking into that.”

The team collected dead teosinte leaves at the end of the growing season. The researchers then added those leaves to the soil where they grew corn seedlings.

“We saw effects on growth and insect resistance,” Bernal said.

In corn seedlings grown in soil treated with teosinte leaves, resistance was much better. Next the team worked to establish whether the leaves’ internal microbes rather than those on the leaves were a key factor in resistance to fall armyworm.

Antony-Babu separated the bacteria from green teosinte leaves and applied the microbes to corn seeds. Bernal’s team then grew the seeds into seedlings.

“We ran the experiment, and it gave us different results than before,” Bernal said.

Antony-Babu suggested that both fungi and bacteria from the teosinte microbiome may be involved in enhancing insect resistance. So the researchers applied a fungal-bacterial mixture to the corn seeds. After that the seedlings grew better and had better insect resistance than the controls.

In the next three years, the team plans to refine the method. The researchers will optimize culturing techniques and the way they apply the seed treatment. They also will look for effects against important pests other than fall armyworm, such as western corn rootworm. The team will identify the species composing the microbiome and determine a combination of species that are key for insect resistance.

“Maybe only 10 of the species create the effect,” Bernal said. “Once we know what species make it work, we can create a treatment from cultures in the lab. We wouldn’t have to return every time to teosinte leaves.”

The study’s third year will involve growing a small set of treated crops in the field as proof of concept. If the team’s efforts eventually lead to a commercial product, pests would be less likely to evolve resistance to a mixture of microbes than to a single chemical treatment. And corn growers could obtain an alternative treatment against insects.

MINERAL POINT, Wis. – At 90 years of age David Reichling could be sitting at home taking it easy. Instead he’s checking harvest progress and m…

Crop improvement often involves the transfer of genetic material from one organism to another to produce a valuable trait. Some examples of cr…

A teosinte plant in an early reproductive stage produces silk.