The effect that engineered microbes have on the growth and health of crops such as corn is being studied at Stanford University.

Nitrogen increases crop yields, makes grass greener and gardens more opulent. The chemical industry extracts 100 million metric tons of it from the atmosphere each year. But producing it requires enormous amounts of energy – temperatures of 1,000 degrees Fahrenheit at extremely high pressure. That contributes to greenhouse-gas emissions and other forms of pollution.

But researchers at Stanford University recently developed a way to leverage nature’s own processes to produce plant-ready nitrogen at room temperature. They did it by modifying the genetic machinery of bacteria that already form symbiotic relationships with crops such as corn, wheat and rice.

The researchers created a genetic on-off switch for converting atmospheric nitrogen into ammonia. When the modified bacteria were cultivated alongside plants, they generated both measurable increases in plant health and growth.

“We’ve made use of something that nature has developed to symbiotically feed our plants,” said Tim Schnabel, a doctoral candidate in bioengineering at Stanford who conducted much of the research. “We’re working with nature to solve one of the grand challenges in sustainably producing enough food for the world.”

In nature microbes that colonize cereal plants don’t make much more ammonia than they need for themselves. They use most of it to make glutamine, an amino acid that’s a building block for proteins.

Despite decades of effort genetic engineers have been unable to convert the microbes into high-volume fertilizer “factories” because of the complex regulation surrounding nitrogen metabolism.

Schnabel and Elizabeth Sattely, an associate professor of chemical engineering at Stanford, designed a strategy to help achieve the goal. They explored Azospirillum brasilense, a bacterial strain that lives alongside many crops.

“The advantage of engineering with a microbe is that you can use it with a hundred different plants and they can all do better,” Schnabel said.

The nitrogen project is part of broader research on the wide array of microbes occupying the biome in and around plants. The microbes obtain nutrients from plants and return the favor in other ways, such as repelling predators to producing hormones.

The researchers found that their genetically modified bacteria produced much more ammonia than normal. The bacteria also sparked faster growth in neighboring plants.

The key was in modifying the mechanism that regulates what the bacteria do with the ammonia they make. That mechanism combines ammonia with glutamate molecules to make glutamine.

Schnabel and Sattely inserted a new gene to deactivate the glutamine production. That leaves the ammonia in its original form, but also spurs the cell to make even more because it senses that it needs to make more glutamine. The excess ammonia seeps out the cell membranes and into plant roots.

The researchers measured the increased ammonia production and confirmed its impact on plant growth. Using isotopes to label the nitrogen gas that the bacteria were receiving, they tracked its conversion to ammonia and its assimilation into the plants. The plants that were cultivated alongside the modified bacteria added 54 percent more biomass and 74 percent more chlorophyll than plants that weren’t.

But challenges remain. The most daunting is the ability of microbes to evolve rapidly in a world where survival goes to the fittest. If the engineered bacteria are less robust and can’t compete well because they’re using energy to make nitrogen they give away, they’ll inevitably start adapting to stop doing that, according to the researchers.

The researchers were able to slow that process by adding an extra copy of the modified gene. It takes longer to mutate multiple genes so the microbes maintain ammonia production much longer.

The key moving forward may be that the modified gene can be switched on and off by adding or withholding a compound that activates the gene. That’s important because adaptation toward less nitrogen production happens only when the switch is turned on. The key may lie in designing microbes that can produce lots of nitrogen and take proper care of themselves.

The study was published in “Applied and Environmental Microbiology.” Visit journals.asm.org and search for “Engineering posttranslational regulation of glutamine synthetase” for more information.

EAU CLAIRE, Wis. – The grounds of the 2021 Wisconsin Farm Technology Days in Eau Claire County truly came to life July 20-22. There were large…

Alfalfa has a long history as the go-to feed for farm animals and poultry. Aquaculture has also discovered the power of alfalfa by refining it…

From the Fields: Wade Bulman

Most second-crop hay that farmers wanted made has been put up in our area of western Wisconsin. I haven’t started doing any yet because I won’…

A robotic mechanism for mushroom picking and trimming recently was developed by researchers at Pennsylvania State University. The researchers …

The effect that engineered microbes have on the growth and health of crops such as corn is being studied at Stanford University. 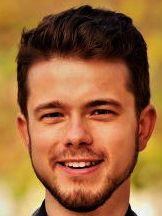