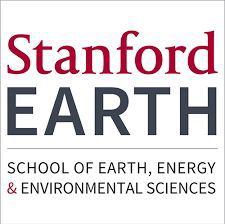 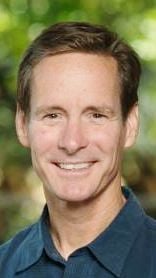 Changes to soil processes due to increasing global temperatures could cause rice to contain twice as much arsenic as rice consumed currently. We studied rice because it grows in flooded paddies that loosen arsenic from soil. That makes rice vulnerable to arsenic uptake.

While many food crops today contain small amounts of arsenic, some growing regions are more susceptible than others. Warmer temperatures combined with floods cause rice plants to take up arsenic at greater-than-average levels. Irrigation water with naturally occurring elevated arsenic levels exacerbates the problem.

We must be aware of coming challenges so we can be ready to adapt. I just didn’t expect the magnitude of impact on rice yield we observed. What I missed was how much soil biogeochemistry would respond to increased temperature and how that would amplify plant-available arsenic. And then – coupled with temperature stress – how that would impact the plant.

A naturally occurring semi-metallic chemical, arsenic exists in most soils and sediments. But it’s generally in a form that plants don’t absorb. Chronic exposure to arsenic for people leads to skin lesions, cancers, aggravation of lung disease and ultimately death.

We created climate conditions in greenhouses based on estimates of a possible temperature increase of 5 degrees Celsius or 9 degrees Fahrenheit. We also created twice as much atmospheric carbon dioxide. The Intergovernmental Panel on Climate Change estimates carbon dioxide could reach those levels by the year 2100.

We grew a medium-grain rice variety in soil from the rice-growing region of California. Greenhouses were controlled for soil-arsenic levels as well as for temperature and carbon-dioxide concentration.

In conditions with increased temperatures, microorganisms destabilized more of the soil’s inherent arsenic. That led to greater amounts of the toxin in the soil water available for the rice to absorb. Arsenic inhibits nutrient absorption and decreases plant growth. That could result in as much as a 40 percent reduction in rice yield.

Given past advances in terms of an ability to breed varieties that can adapt to new conditions, along with revisions to soil management, I’m optimistic we can avoid the problems observed in our study. I’m also optimistic that as we continue to shine a light on the threats resulting from a change of 5 degrees Celsius, society will adopt practices to ensure we never reach that degree of warming. We plan to use remote sensing to pinpoint contaminated rice paddies to model future yields and arsenic contamination.

Scott Fendorf is a professor of earth-system science at Stanford University-School of Earth, Energy and Environmental Sciences.