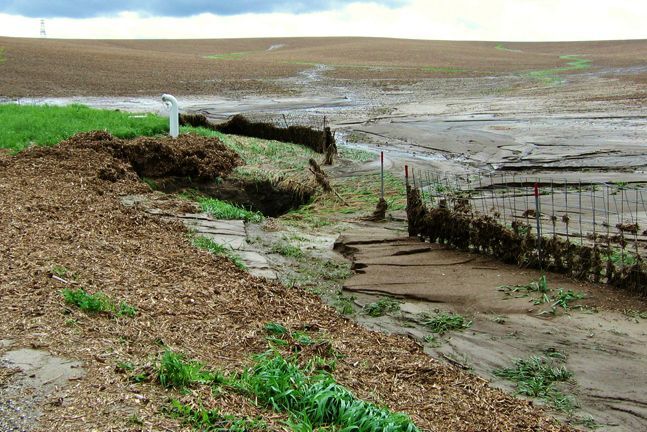 Soil erosion by water is estimated to annually cost the global gross-domestic product about $8 billion. Erosion has been estimated to reduce global agri-food production by 33.7 million tons with accompanying increases in world agri-food prices of as much as 3.5 percent, according to a 2019 study. 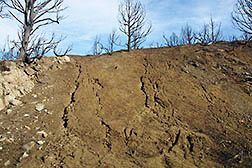 Seven of the top 10 most-used predictive technologies-simulation models used for reducing the loss of soil to erosion have been developed by scientists with the U.S. Department of Agriculture’s Agricultural Research Service. That’s according to a recently published study conducted by 67 soil-erosion scientists from 25 countries.

Although originally developed for reducing soil losses due to erosion from agricultural practices, the models also are reducing soil loss from erosion on construction sites, mined land, road corridors, logging and clear-cut areas, landfills, military-training grounds and more in at least 126 countries.

Soil erosion by water has been estimated to annually cost about $8 billion to the global gross-domestic product. Erosion has been estimated to reduce global agri-food production by 33.7 million tons with accompanying increases in world agri-food prices of as much as 3.5 percent, according to a 2019 study. Some agronomists also say that soil erosion can unlock and increase carbon-dioxide emissions.

Prediction technologies enable researchers, regulators and land managers to model how changes in various practices will affect the amount of soil that will be lost to erosion, at scales ranging from a single hillslope to entire watersheds. They can compare the likely benefits of applying different soil-conservation practices.

Number two on the list of most-used erosion-prediction models is the progenitor of them all – the Universal Soil Loss Equation. The Agricultural Research Service first published it as a complete technology in 1965. The Universal Soil Loss Equation model gave an answer in tons of soil lost per acre per year by multiplying a few direct factors representing rainfall, soil type, cropping system, conservation practices, and hillslope steepness and length.

The model has been revised several times since first publication, each time adding new capabilities. For example Revised Universal Soil Loss Equation 2 treats land use as a continuum. It takes into account that previous use affects erosion under a new use. Other factors such as type of vegetative cover – crop, pasture, woodland and bare ground – were added to make the simulation more accurate.

Agricultural Research Service researchers have developed specialized models, each meant to provide greater detail in a particular area of controlling erosion. The Water Erosion Prediction Project model was designed to provide more reliable modelling of waterflow and sedimentation movement in small water channels to as large as giant watersheds.

Other models-predictive technologies on the list focus on predicting the impact of land-management practices on water, sediment and agricultural chemicals in large complex watersheds. One of those technologies is the Soil Water Assessment Tool. The Erosion Productivity and Impact Calculator predicts the relationship between soil erosion and soil productivity. Range Land Hydrology Models predict runoff and erosion rates on rangelands. Visit sciencedirect.com and search for "soil erosion modelling" and ars.usda.gov for more information.

RISING SUN, Wis. – It’s difficult to believe looking at the few buildings left in Rising Sun that it once made international news. Driving alo…

The year 2021 has been dry in far-northern Wisconsin. Drought maps show part of the area has had normal rainfall. But farms in northern Bayfie…

PHOENIX (AP) – Much of the western half of the country has been blasted with sweltering heat this past week. A high-pressure dome combined wit…

The United States grows a lot of corn and soybeans. Some researchers think it’s a good idea to add wheat into that mix. A new study shows that…

Weather out of whack

A May that was barely colder than normal has been followed by an extremely warm and dry first two weeks of June. Through June 11 southern Wisc…

Dispatching unmanned-aerial vehicles equipped with remote-sensing technology in the air and taking smartphone images on the ground, Michigan S…

Editing a plant’s genes can help the plant thrive during drought, extreme heat and other climate change-related crises. But it’s expensive and…

As drought conditions intensify for southern Wisconsin, there are few chances for showers and thunderstorms during the next week, according to…

Soil erosion by water is estimated to annually cost the global gross-domestic product about $8 billion. Erosion has been estimated to reduce global agri-food production by 33.7 million tons with accompanying increases in world agri-food prices of as much as 3.5 percent, according to a 2019 study.