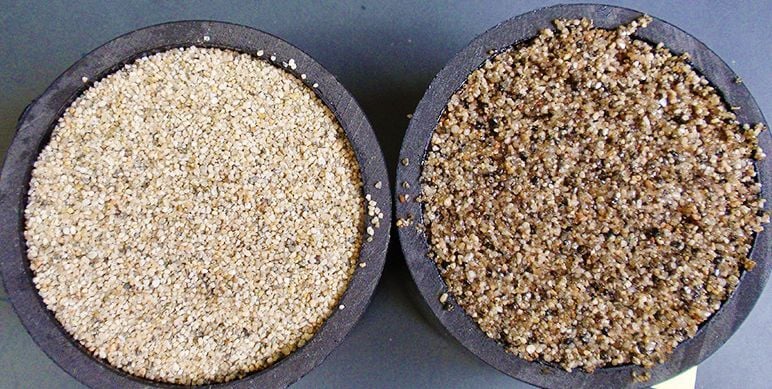 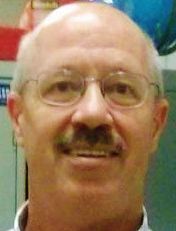 Researchers led by Michael Nicholl, an associate professor of geology at the University of Nevada-Las Vegas, recently tested a more sustainable approach to reducing evaporation from soils. Instead of plastic they used sand particles coated with soybean oil. In their laboratory experiments soil treated with a thin layer of soybean oil-coated sand had as much as 96 percent less evaporative water loss than bare soil.

Researchers mixed about equal volumes of sand and oil. They heated the mixture for about an hour and allowed it to cool. The mixture was then washed with water and dried. The process chemically modifies the oil, partially polymerizing it. The partially polymerized oil forms a coating around individual sand particles.

“Think of soil as a damp sponge,” Nicholl said. “If you set the sponge in a puddle of water, water will soak into the sponge. Eventually the water will rise to the top of the sponge. Then it will evaporate into the air.”

Wicking action similarly carries water to the soil surface. There it evaporates directly into the air.

In the second mechanism water is unable to wick all the way to the soil surface. Instead it evaporates into the air within the soil. The humid air must diffuse upward through the soil and ultimately escape into the atmosphere.

“The second mechanism is much less efficient than the first,” Nicholl said. “It results in lower rates of evaporation.”

Researchers said they weren’t sure if it would be possible to coat with oil single sand particles. There was a danger the sand and oil would be cemented together.

“We found instead that individual sand grains can be coated with partially-polymerized oil,” Nicholl said.

That’s important because any soil treatment aimed at reducing water loss must also allow water to enter the soil. A sheet of oil-coated sand fused together could stop water from entering. Laboratory tests showed that water could pass through the layer of oil-coated sand. That suggests the material won’t hinder irrigation.

“Initial results are encouraging but there are still many questions to answer,” Nicholl said.

The bio-based mulch, for example, hasn’t been exposed to outdoor environments. So there’s not enough data to determine how the material weathers in an agricultural setting. Researchers are exploring procedures to measure the longevity of coated materials in various settings such as arid environments, temperate environments, and biologically active soils. The research recently was published in “Vadose Zone Journal,” a publication of the Soil Science Society of America. Visit acsess.onlinelibrary.wiley.com and search for “hydrophobic biobased mulch” for more information.

Adityarup Chakravorty is a postdoctoral researcher at the University of Wisconsin-Madison, and a freelance science writer.