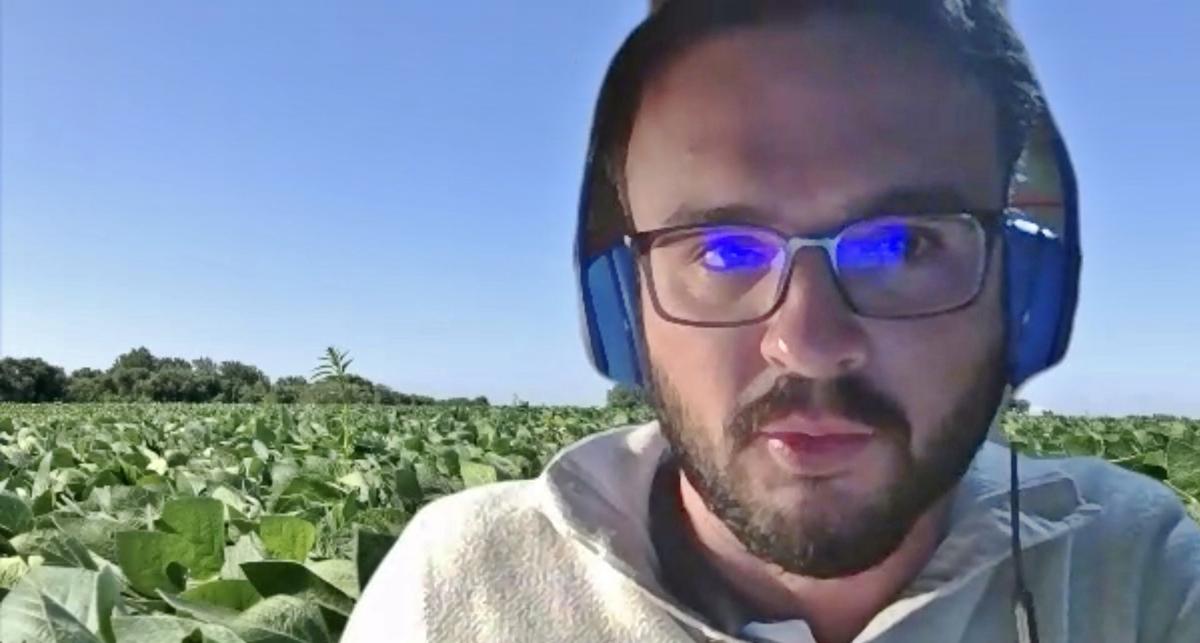 “We are losing the battle against weed herbicide resistance,” Rodrigo Werle says. “This is where we seem to be struggling the most.”

Werle is an assistant professor and weed scientist with the University of Wisconsin-Division of Extension and the UW-Department of Agronomy. His focus is on the increasing presence of waterhemp in soybean fields across Wisconsin. He challenges consultants, farmers and educators to “think outside the jug,” referring to herbicide containers. He suggests implementing at least two non-chemical weed-control strategies – “sites of action” – in the operations they manage.

One example of a “site of action” is stopping weed-seed movement via combines. He cited a 2019-2020 case study that found 97 percent of 31 samples taken from combines contained viable weed seeds. Of those weed seeds, 80 percent were found in the combine head and feeder house. A producer can likely eliminate 80 percent of the total weed-seed load by using forced air to clean the header between fields.

Another non-chemical site of action for weed control would be planting excellent-biomass cover crops post-harvest in the fall. A UW waterhemp research site no-tills cereal rye after corn harvest near Brooklyn, Wisconsin. Werle encourages stakeholders in the fight against weeds to give the cover-crop control method a try.

“It doesn’t have to be everywhere on the farm,” he said. “If you have some corn fields right now with heavy waterhemp infestation, give it a try. Because we’re truly seeing some promising results without impacting soybean yield.”

Based on a questionnaire, 90 percent of seed-purchasing decisions for the 2021 growing season are made from October through the end of 2020. Werle said 60 percent of respondents select seed based on genetic potential for yield increase.

“(But) while yield potential is important, as we struggle with herbicide-resistant weeds (we need to be) paying more attention to herbicide-tolerance traits,” he said.

Werle and other UW researchers received waterhemp seeds in 2018 from 80 populations throughout Wisconsin. Of those seed populations, 95 percent showed resistance to glyphosate.

“Herbicide programs that are quite popular in the state are just not working on a post-emergence basis for waterhemp management,” he said.

Felipe Faleco with the UW-WiscWeeds program first narrowed the 80 resistant seed populations to 30. They were then screened for post-emergence control with Dicamba, 2,4-D, fomesafen, mesotrione and glufosinate. The waterhemp was set back and had a twisted appearance but was not completely controlled. After three weeks the plants started putting out new growth.

“This is really concerning,” Werle said. “The one herbicide that’s working in the greenhouse is glufosinate. Faleco sprayed eight post-emergence herbicides on seven sites of action – and only glufosinate provided complete control. The challenge with glufosinate is that conditions have to be just right in the field or regrowth can occur.”

Werle’s primary recommendation is to start clean – whether it be from tillage or effective burn-down with a pre-emergence herbicide.

“The better your pre-emergence-herbicide program is the more likely you will be to be successful with post-emergence waterhemp control,” he said.

Farmers should continue to scout fields before deciding on a post-emergence-herbicide application. Group 2, Group 9 and Group 14 herbicides that have been used in Roundup Ready systems are not doing the trick anymore, Werle said.

Fighting herbicide resistance with herbicides will only last so long, he warned. Producers need to consider what additional non-chemical weed-control strategies they will adopt in 2021.

Stop the Spread of Weed Seeds