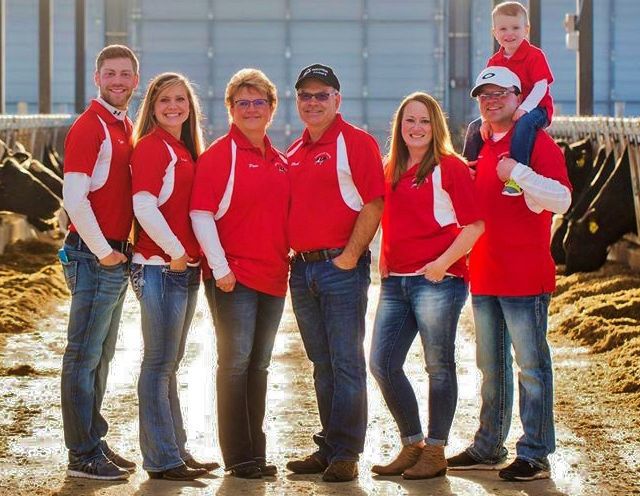 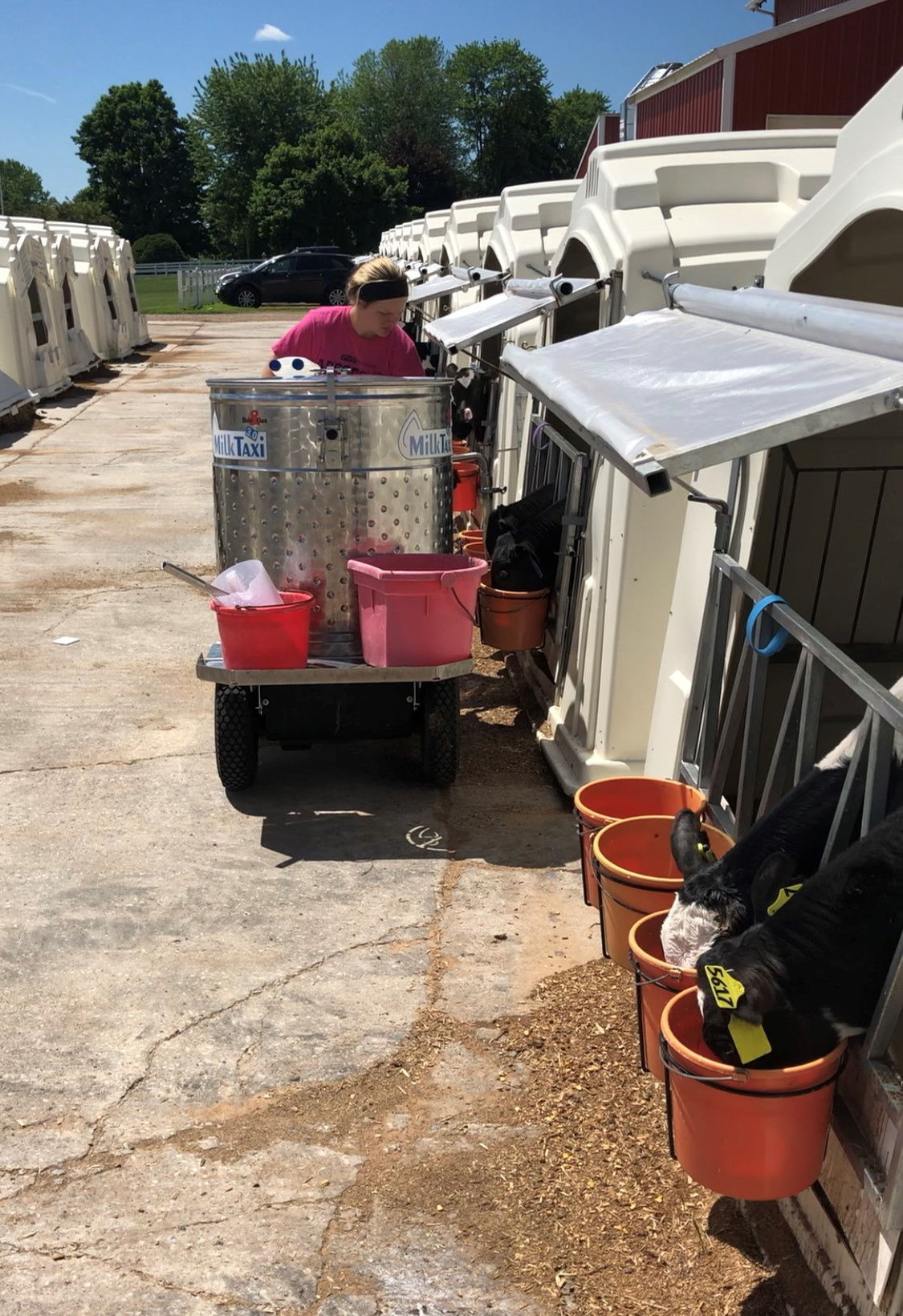 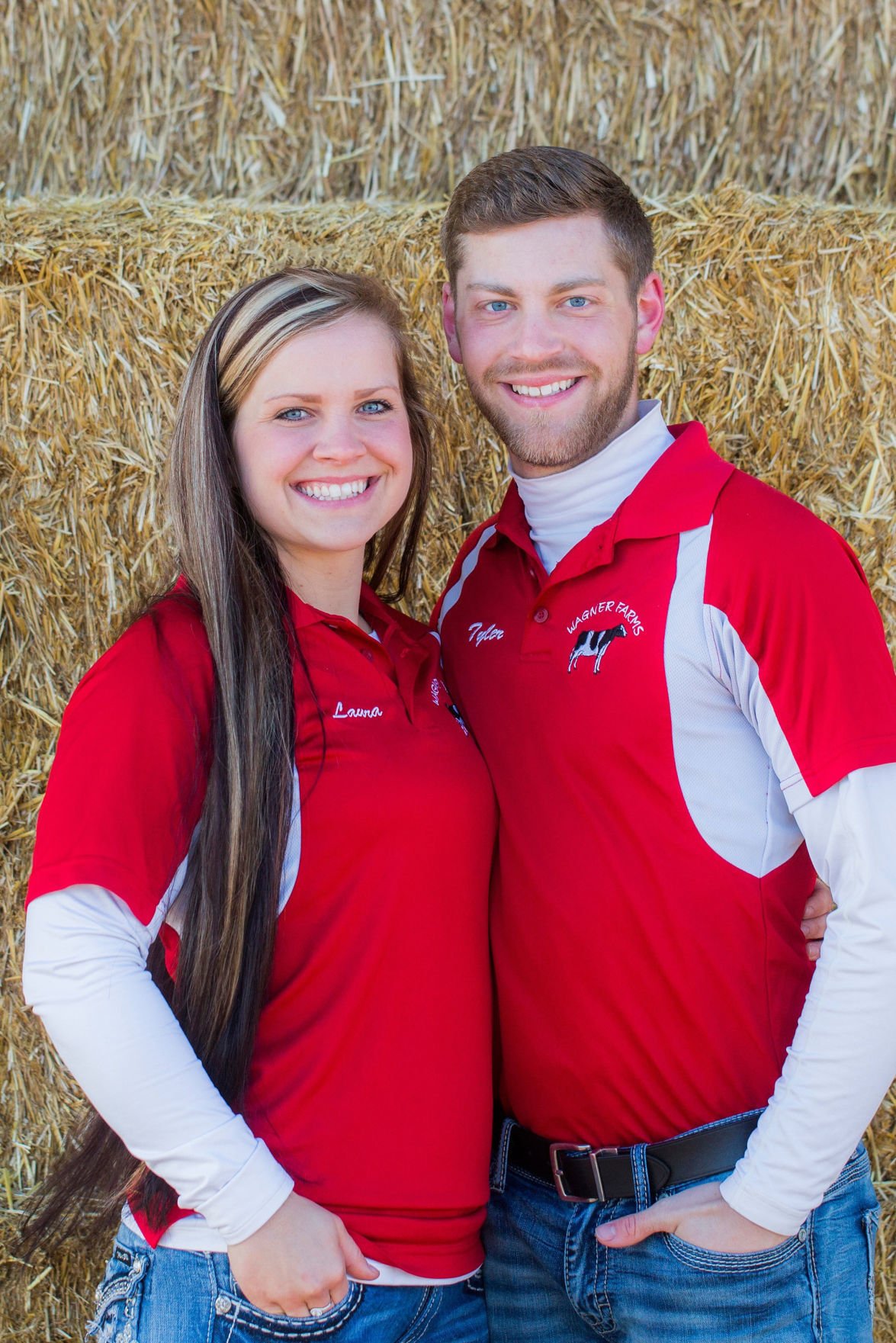 Laura Raatz and her husband, Tyler Raatz, farm together at Wagner Farms. 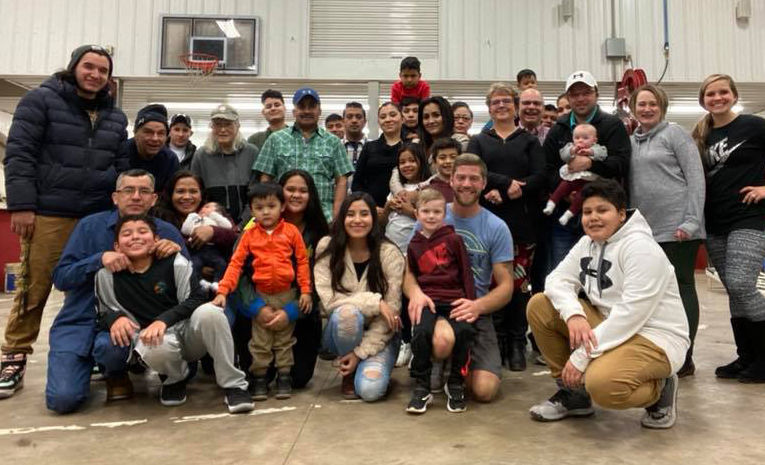 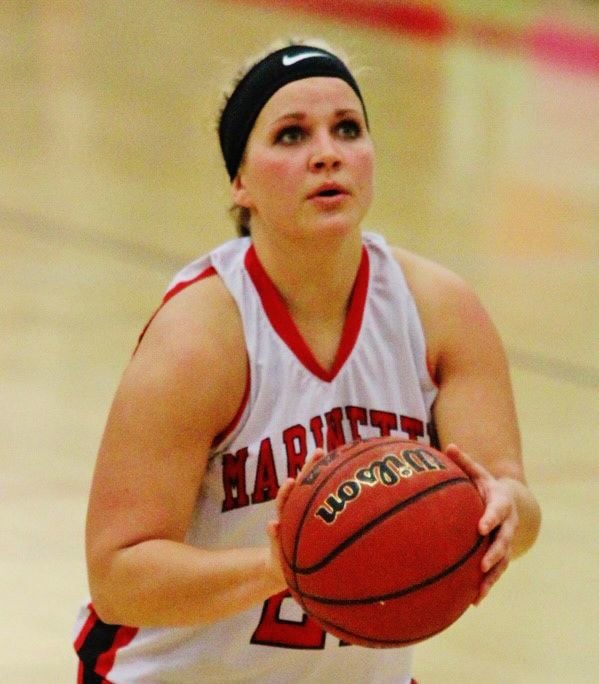 Laura Raatz readies for a free-throw shot during a University of Wisconsin-Green Bay basketball game. She applies her team-building skills at her family's dairy farm.

Laura Raatz and her husband, Tyler Raatz, farm together at Wagner Farms.

Laura Raatz readies for a free-throw shot during a University of Wisconsin-Green Bay basketball game. She applies her team-building skills at her family's dairy farm.

Laura Raatz says she keeps that mantra in mind as she manages a team of eight employees and the dairy herd at Wagner Farms Inc. It’s led her to being a finalist in the 2020 Wisconsin Outstanding Young Farmer program.

“It was an honor to be a finalist,” she said. “I’m 27. I may not have as much experience as the other finalists, but I was honored to be competing with them. They’re all incredible at farming.”

Raatz began working on her family’s farm full time in 2012 after earning a degree in business at the University of Wisconsin-Green Bay Marinette Campus. She was the farm’s calf manager for three years before becoming herd manager two years ago. The family and their team milk 610 cows, manage 80 dry cows and farm 1,400 acres near Cecil.

Family members involved in the farming operation are Hank and Pam Wagner – Raatz’s parents – as well as her brother, Shawn Wagner, and her husband, Tyler Raatz. Her grandfather, Tony Wagner, also helps part-time.

“I have a passion for managing people and caring for our animals,” Laura Raatz said. “I love being hands-on and working with the team.”

“I’ve known Laura since she was a year old,” he said. “She and her family genuinely care for their employees, friends and each other.”

Raatz has been a mentor to many young women, he said, having helped coach girls’ basketball teams at high school and college levels.

“Laura has been an outstanding basketball player; she’s not very tall but she’s competitive,” he said. “Lots of people have told me that young people gravitate to her for mentoring.”

Amanda Smith, a nutritionist at CP Feeds, said, “Laura is team-oriented. She does a great job of encouraging people to pull for the same goals.”

Smith has been working with Raatz on the herd’s lactation-feeding program.

Raatz uses that data to strategize. She’s spoken about her calf-raising program at M4A’s Dairy Survive and Thrive Innovation Seminar.

“Laura has achieved unheard-of weaning weights,” Young said. “Some of her calves have weighed as much as 240 pounds to 260 pounds at weaning. She pushes intensified calf-feeding to the limit. She’s mastered the transition from high milk feeding to high grain consumption.”

Setting and achieving goals are part of the game plan at the Wagner farm, Raatz said.

She’s quick to cite other statistics. The farm has a rolling-herd average of 32,000 pounds with a somatic-cell count of less than 100,000. Cows are milked three times daily in a double-16 parallel parlor. The herd’s pregnancy rate is 36 percent; the goal is to reach a rate of 38 percent. Calf-mortality rate is less than .5 percent, she said.

Raatz credits achievements to the farm’s employees as well as to a team of other agricultural professionals – the genetics technician, veterinarian and nutritionist.

“I have mentors in all areas of the farm,” she said.

When she was young her parents gave her smaller jobs on the farm.

“They’d gradually make the work harder,” she said. “And dad would give me some of the worst jobs. That’s helped me learned how to overcome challenges and failures. And it has worked to benefit both me and the farm business. I’m grateful to learn and walk alongside my role models in industry … and I get to call them mom and dad.”