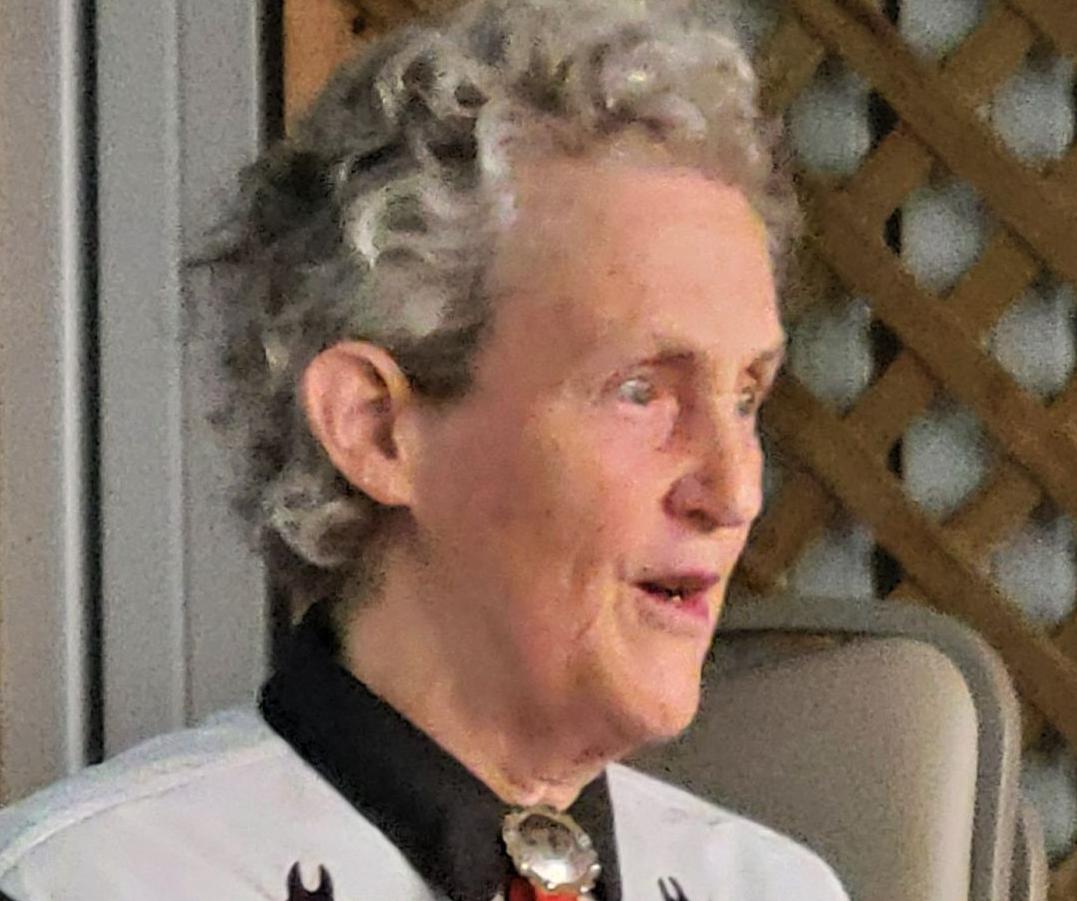 "It works," says Temple Grandin about cattle moving forward more easily in a squeeze chute when a handler walks back by them in the opposite direction. 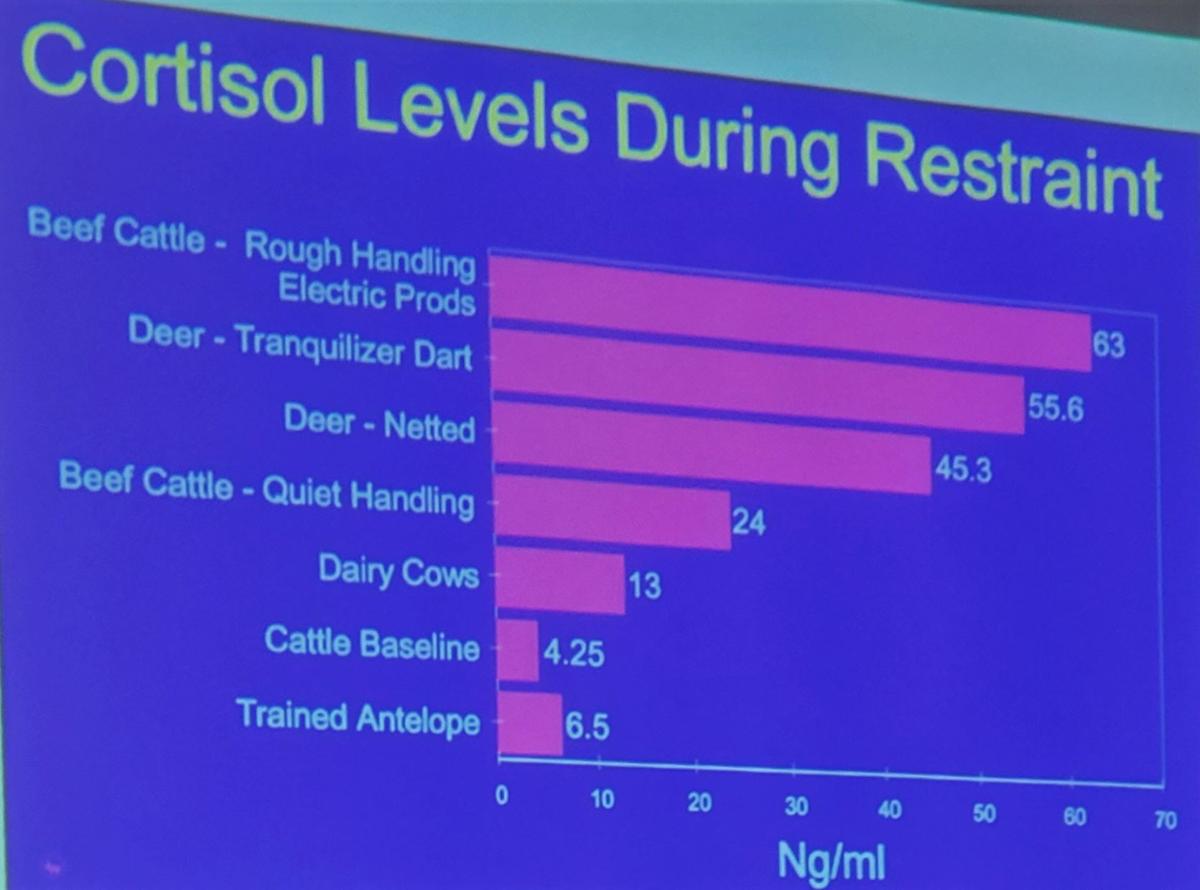 Improper or rough handling of cattle results in greater levels of cortisol released -- greater than groups of other animals. Elevated concentrations of the hormone stimulate breakdown of body tissues such as muscle and fat deposits.

Handling cattle safely and efficiently requires attention to detail. That was one of the key messages Temple Grandin shared during an August program hosted by Wisconsin cattle-producer associations. A professor of animal sciences at Colorado State University, she’s a world-renowned animal behaviorist and designer of livestock-handling facilities.

Grandin shared observations and research findings from years of working in the field. Cattle handlers should be attentive to animal movements that signal fear, she said – such as pinned-back ears, raised heads, defecation, tail switching and-or kicking.

Lighting matters when moving cattle. Handlers may want to consider changing the time of day they move cattle in order to reduce stress. Animals may refuse to move from a facility into blinding sun, for example. Or they may hesitate walking from bright light into a dark space.

Similarly cattle can balk at sharp shadows. Grandin, Dennis Wilson and Faith Baier recently published a study regarding the effects on cattle movement of changes in shadow contrasts. The study was published in Volume 179, September 2021 of “Meat Science.”

Just as humans can be distracted by objects, cattle can balk when they see vehicles or other objects in their peripheral vision. Even something as seemingly minor as a paper cup on the ground or cloth hanging on a fence can frighten animals. Grandin advises cattle handlers to secure any loose chains hanging on equipment or fences. She also suggests either moving vehicles away from where cattle will be handled or using solid-outer-side fencing that cattle can’t see through.

Grandin has designed round crowd pens that take into account the tendency of cattle to return to the direction from where they came. A round pen generally will work better than a straight pen because as cattle move around a curve they think they’re returning to where they started, she said.

Good cattle handling requires handlers to do more walking – bringing smaller groups of cattle to a crowd pen and then walking back to retrieve another small group. Grandin recommends filling the crowd pen half-full and using it as a pass-through pen.

In a narrow squeeze chute, cattle will move forward more easily when the handler walks back by them in the opposite direction.

“It works,” she said, encouraging audience members to try it with their own cattle.

Grandin also discussed flight zones where a group of cattle will form a type of “bubble” around people. The size of that flight zone will depend upon the animals’ amount and quality of contact with people. And animals will be calmer when people don’t yell or make loud noises while handling them.

Poor handling increases the amount of stress in cattle and can result in increased release of cortisol. Grandin is the co-author of a study regarding how adoption of good handling practices reduces cortisol release in cows, published in “Tropical Animal Health and Production.”

The program was sponsored by the Wisconsin Beef Quality Assurance Program, the Wisconsin Cattleman’s Association, and the Grant County and Iowa County cattlemen’s associations.

"It works," says Temple Grandin about cattle moving forward more easily in a squeeze chute when a handler walks back by them in the opposite direction.

Improper or rough handling of cattle results in greater levels of cortisol released -- greater than groups of other animals. Elevated concentrations of the hormone stimulate breakdown of body tissues such as muscle and fat deposits.