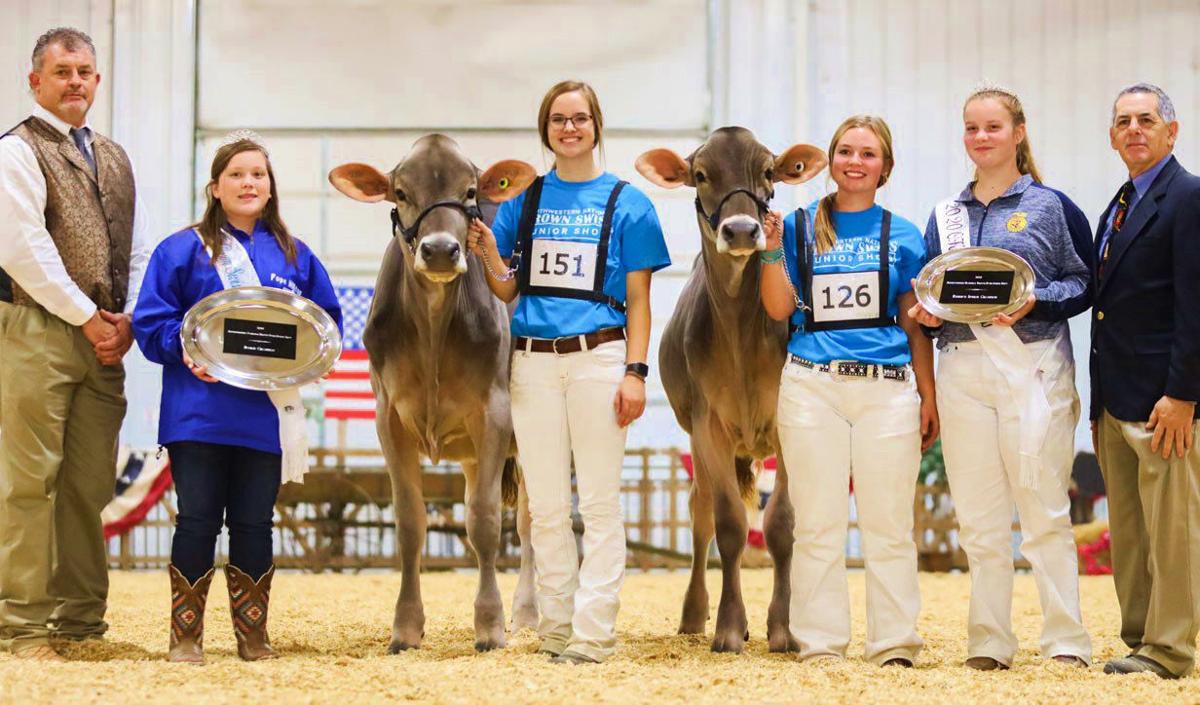 The Southwestern National Brown Swiss Show was held Oct. 16-17 in Stillwater, Oklahoma. Exhibitors from 22 states brought a total of about 300 head of Brown Swiss cattle to the show.

The reserve junior champion and first-place intermediate calf was “Trackside Famous Gretchen.” The calf was bred and is owned by Otis, Malcolm and Quincee Johnson of Evansville, Wisconsin.

“Twinkle Hill TU Olivia 1323,” exhibited by John and Dee Winkelman of Watertown, Wisconsin, took first-place in the junior 2-year-old class. The Winkelmans’ “Twinkle Hill CD Olivia 1233” was named the third-place junior 3-year-old. She also was the production winner with an energy-corrected milk value of 26,288 pounds of milk at 2 years, 0 months. The pair of young cows won the produce of dam class. The Winkelmans added their fifth-place 5-year-old cow to the group, which earned them second-place in the senior best-three-females class.

“Summerwynd Jane Doe” was named the junior show’s reserve intermediate champion. She is owned by Tyler Schroepfer of Birnamwood, Wisconsin.

Landon Knapp of Epworth, Iowa, had a double winner with “We Sell Bose 4822.” The second-place “aged cow” was selected as honorable mention senior champion of the open show and grand champion of the junior show.

Wisconsin earned state-herd banners for both the open show and the junior show.

The shows were judged by Dean Dohle of Halfway, Missouri, and associate judge Nate Goldenberg of McGregor, Texas.

The Brown Swiss breed continues to be in demand. Their excellent milk production adds a premium to any milk check. Brown Swiss cows can produce as much as 80 percent B Kappa-casein and 70 percent A2A2 Beta casein. Visit brownswissusa.com or call 608-365-4474 for more information.