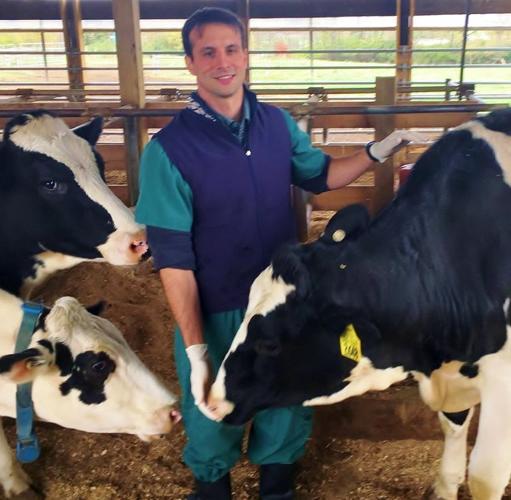 Treating cows with aspirin after calving can enhance animal welfare and farm profitability, according to findings of a study led by Adrian Barragan, a clinical assistant professor of veterinary and biomedical sciences at Pennsylvania State University.

Researchers led by Adrian Barragan, a clinical assistant professor of veterinary and biomedical sciences in the Penn State-College of Agricultural Sciences, tested a regimen that would be less labor intensive and less expensive than methods used in previous studies.

He and his team hypothesized that cows treated with aspirin after calving would have reduced incidence of disease, reduced biomarkers of metabolic stress, and increased milk yields compared to untreated cows.

They studied 246 cows – from calving throughout lactation – at a dairy farm in central Pennsylvania. The treatment group received two aspirin treatments. The first treatment was given within 12 hours after calving and the second was given 24 hours later.

The aspirin was administered in boluses. In previous studies aspirin was pumped into the rumen or injected or mixed in drinking water. Earlier research also called for shorter intervals between treatments and-or longer courses of treatment.

"Cows treated with the proposed anti-inflammatory strategy had less metabolic stress 14 days after calving and less incidence of clinical metritis compared to untreated cows," Barragan said about the new study. "Treated cows that had calved more than once produced 3.6 more pounds of milk per day during the first 60 days in milk compared to their untreated counterparts."

The study didn’t include an economic analysis. But the estimated value of such increased milk production for an average dairy herd of 80 cows would be about $2,250 annually. That takes into account current milk prices and costs for aspirin and labor.

"The results suggest that an easy-to-apply, economical and practical anti-inflammatory strategy after calving may improve the health of dairy cows, enhancing both animal welfare and farm profitability," Barragan said.

The study was recently published in the "Journal of Dairy Science." Visit journalofdairyscience.org and search for "“Effects of postpartum acetylsalicylic acid” for more information.

Chuck Gill is a public-relations specialist and news coordinator for the Pennsylvania State University-College of Agricultural Sciences.

Treating cows with aspirin after calving can enhance animal welfare and farm profitability, according to findings of a study led by Adrian Barragan, a clinical assistant professor of veterinary and biomedical sciences at Pennsylvania State University.