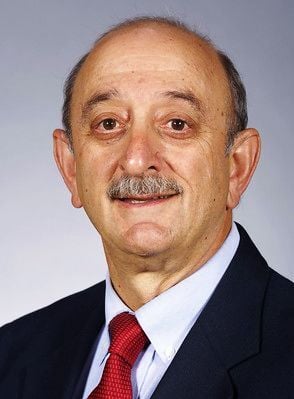 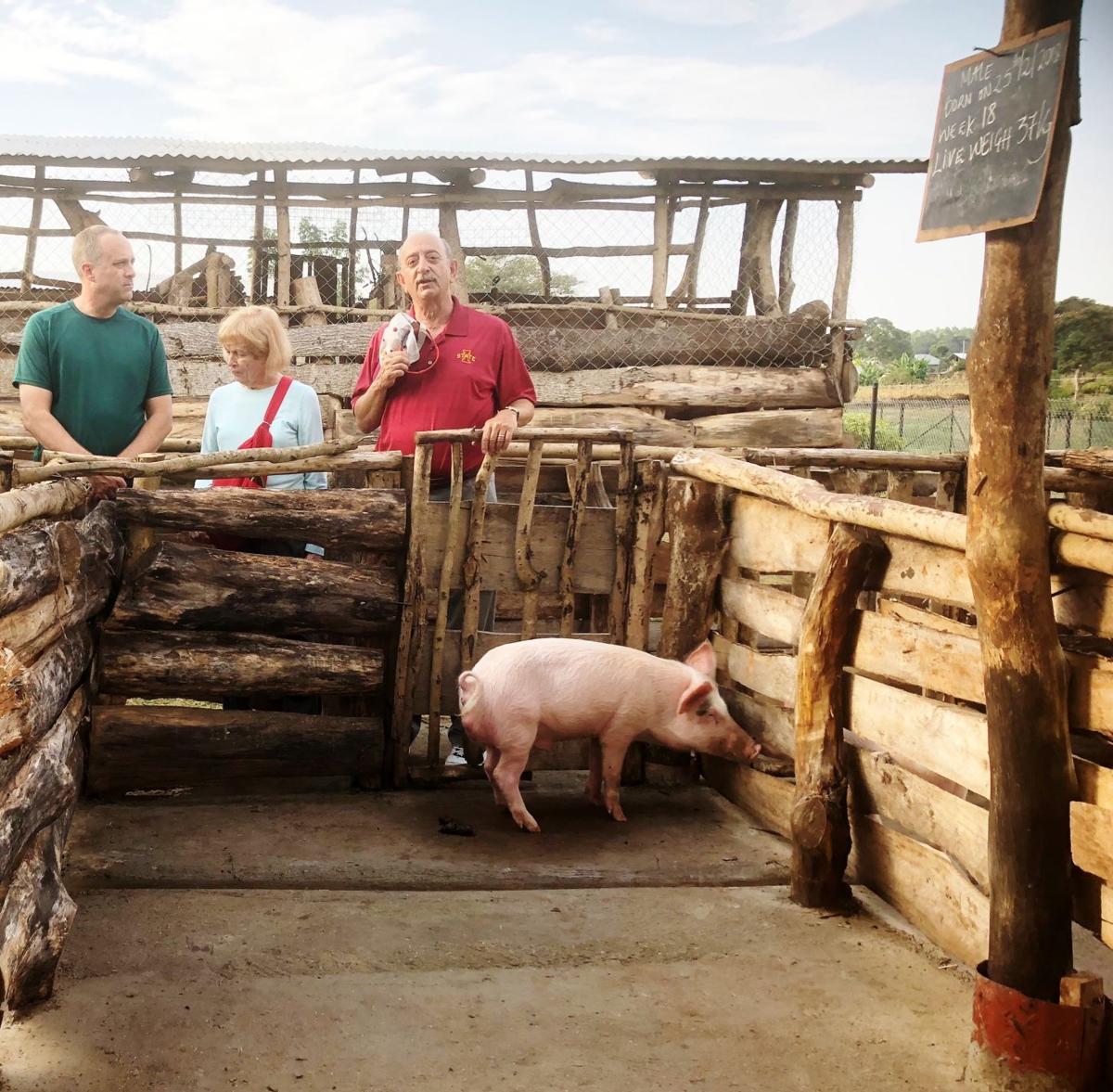 Max Rothschild, right, talks with visitors at an Iowa State University demonstration farm in Africa. As M.E. Ensminger International Chair in the university's animal-science department, he provided leadership for animal-science education and training in many countries. 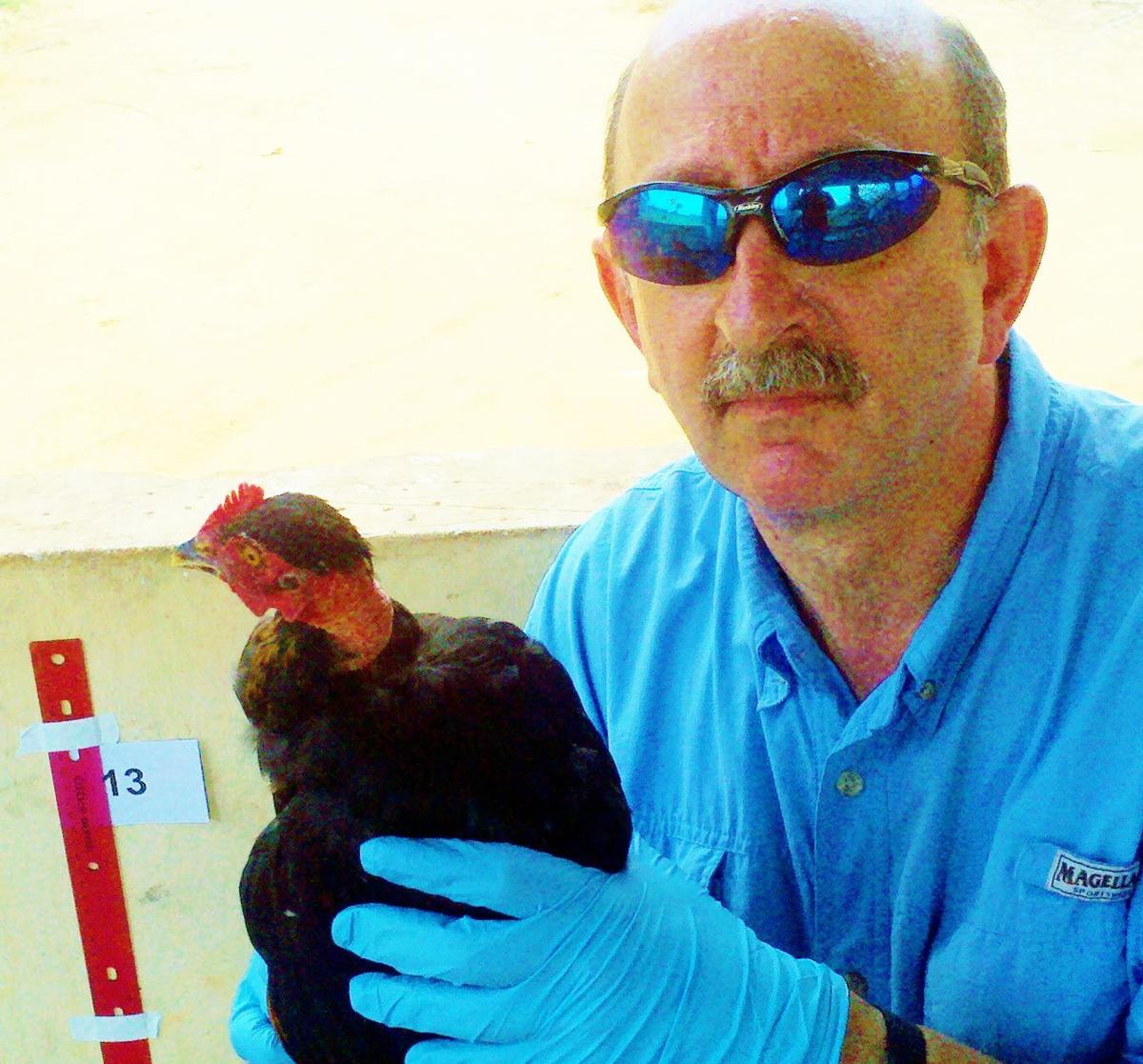 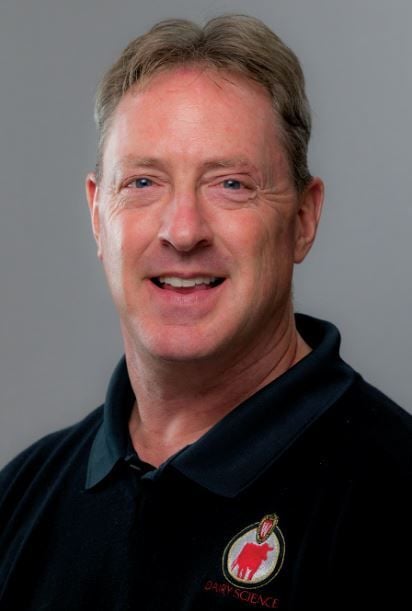 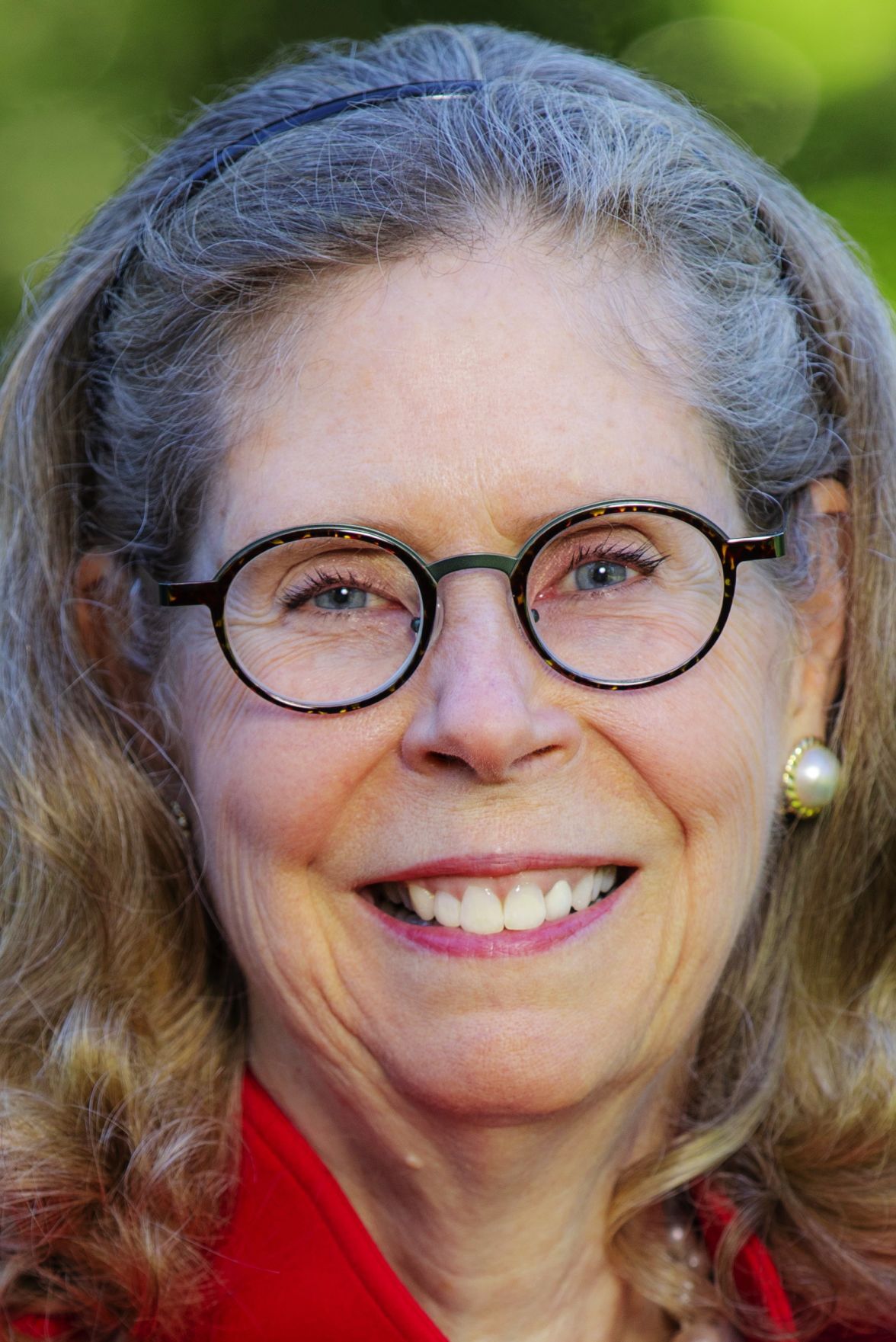 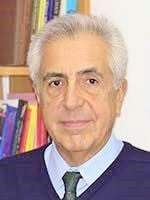 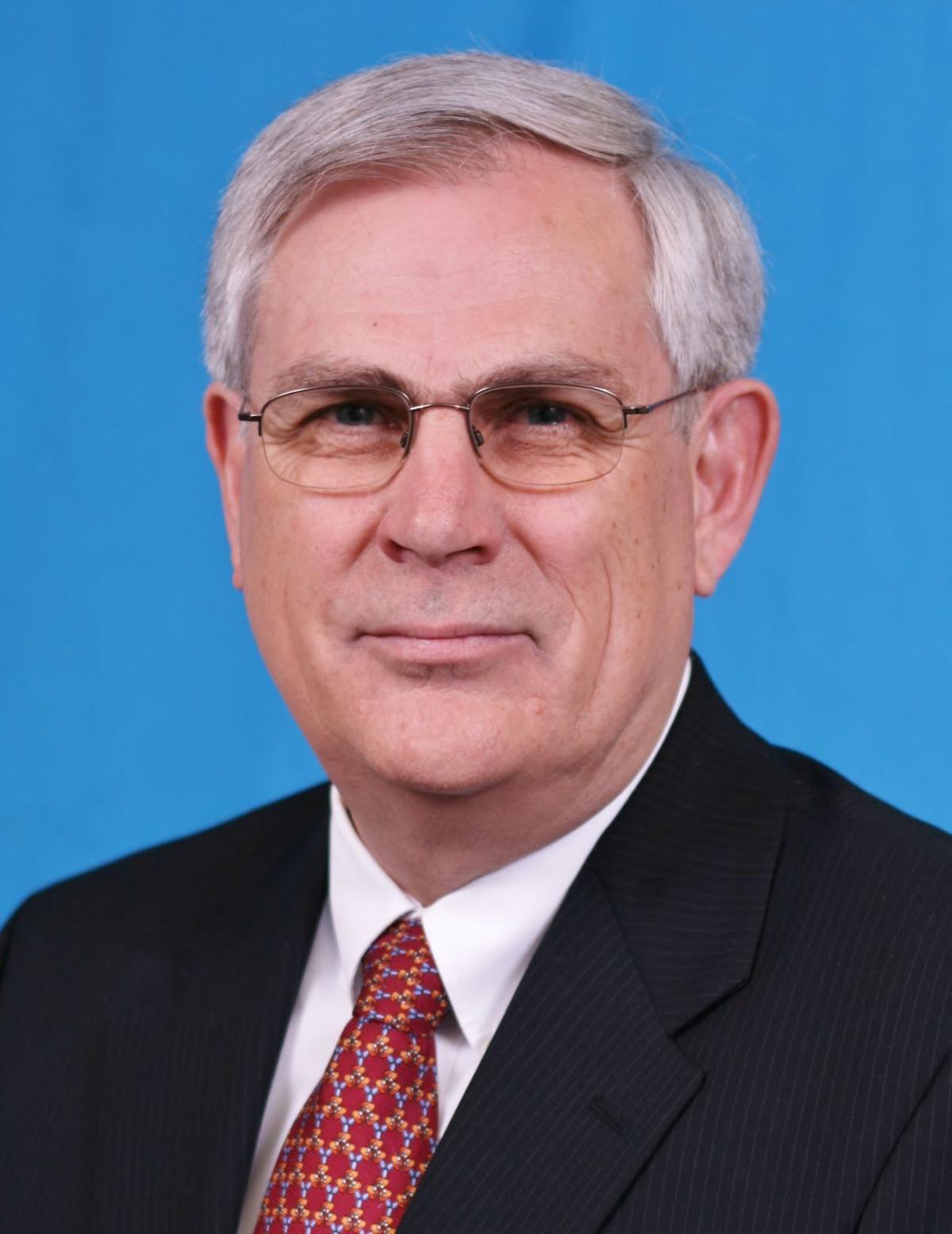 Max Rothschild, right, talks with visitors at an Iowa State University demonstration farm in Africa. As M.E. Ensminger International Chair in the university's animal-science department, he provided leadership for animal-science education and training in many countries.

AMES, Iowa – Max Rothschild has made a difference in the world – a huge difference when one considers his research work has touched an estimated 85 percent of the world’s swine population. Rothschild recently earned the Distinguished Alumni Award from the University of Wisconsin-College of Agricultural and Life Sciences in Madison.

Rothschild earned in 1975 a master’s degree in meat and animal science from UW-Madison. He has been a scientific leader and innovator in the field of animal breeding and genetics for about four decades, said Kent Weigel, professor and chairman of the Animal and Dairy Sciences Department at UW-Madison. Weigel sponsored Rothschild’s nomination for the award.

“His record of exceptional service, outreach and collaboration at local, regional, national and international levels – though based in our neighboring state of Iowa – epitomizes the ‘Wisconsin Idea,’” Weigel said.

Rothschild recently retired from Iowa State University as a C.F. Curtiss Distinguished professor and M.E. Ensminger Endowed Chair in International Animal Agriculture. He taught and conducted research at the university beginning in 1980. During his tenure he also served as co-director of the Global Food Security Consortium and as the associate director of livestock for the Center for Sustainable Rural Livelihoods. And he served 20 years as the national swine-genome coordinator for the U.S. Department of Agriculture.

“His depth of knowledge about genetics and genetic markers, along with his willingness to tenaciously investigate the swine genome using the latest techniques, helped move the field forward for the betterment of pork and society,” said Wendy Wintersteen, president of Iowa State University; she also supported Rothschild’s nomination. “He wholeheartedly agreed to be on the leading edge of genetic discovery to assist the swine industry.”

Rothschild’s interest in discovery started at an early age. During high school he worked at a small-animal veterinary clinic in southern California. He said he enjoyed the work and the animals.

“But I wanted to discover new things,” he said.

He may have “inherited” his love for discovery from his parents; his father was a chemist and his mother was a librarian. His father earned a degree in chemistry from UW-Madison; his grandfather also attended the university. Following the family tradition, his daughter graduated from UW-Madison as well.

Max Rothschild himself pursued a bachelor’s degree in animal science at the University of California-Davis. But he would later earn his master’s degree at UW-Madison.

“I worked in the pig and dairy barns (at the University of California-Davis) and took a lot of genetics courses; I loved it,” he said. “I’m an identical twin and was always quite interested in genetics.”

So after graduating in California, Rothschild moved to Madison. While studying for his master’s degree he worked as Chapman’s graduate-student assistant.

He worked in the animal-science department many evenings with fellow student Daniel Gianola. Gianola later became a professor of animal breeding and genetics at UW-Madison; he retired in 2017.

“We had fun but we worked our tails off,” Rothschild said.

The hard work paid off; he earned his master’s degree in 1975. He was Chapman’s last graduate student. Chapman retired in 1975 after having through the years 42 master’s degree students and 33 doctorate students. Rothschild then went to Cornell University where he earned in 1978 his doctorate in animal breeding and genetics.

He has had a long-time friendship with Gianola, who co-nominated him for the Distinguished Alumni Award from UW-Madison.

“He’s had an extraordinary career,” Gianola said of his friend.

One of Rothschild’s major contributions to the swine industry was the discovery of the estrogen-receptor gene that increases litter size by 20 percent, Gianola said. He also pointed to Rothschild’s several patents.

Inducted in 2018 as a Fellow in the National Academy of Inventors, Rothschild holds about a dozen patents. They’re primarily for genetic markers for traits related to litter size, leanness and fat content, weight gain and feed consumption of animals.

“He’s one of the most incisive researchers; he’s a doer,” Gianola said.

One of the numerous things Rothschild has done is to start and support the A.B. Chapman Fund at UW-Madison. The fund brings leading animal geneticists to campus each year to provide lectures in animal breeding and genetics, said David Thomas, UW-Madison animal-science professor emeritus. Thomas co-nominated Rothschild for the award.

“In the effort of mapping the swine genome he collaborated with many genetics groups around the world,” Thomas said. “He was very involved in developing countries and programs to help improve food security.”

Rothschild recently reflected on the teaching, research and international aspects on his career.

“I’ve loved working with students and opening their eyes to animal science, animal genetics and the role we have in feeding the world,” he said. “I’ve loved research and discovering ways to improve animals for better food production. And I’ve enjoyed working in other countries and helping people to learn to feed themselves better.”

Wintersteen said, “What you don’t see in his curriculum vitae is his love for people and his deep interest in making a positive impact on society through his work. Whether at a farmer’s hut in Uganda looking at a small litter of pigs or at a vast commercial operation in China, Max simply wants to make things better. He cares. His research work comes from the heart. He does it because it makes a difference.”