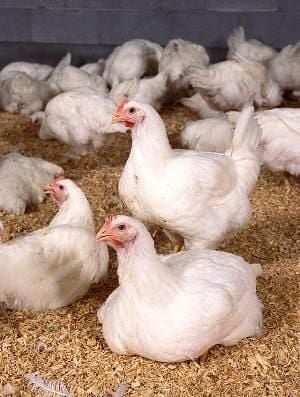 Recent research from the University of Illinois supports the use of immunomodulatory and antioxidant feed additives to reduce the effects of coccidiosis in broiler chickens. 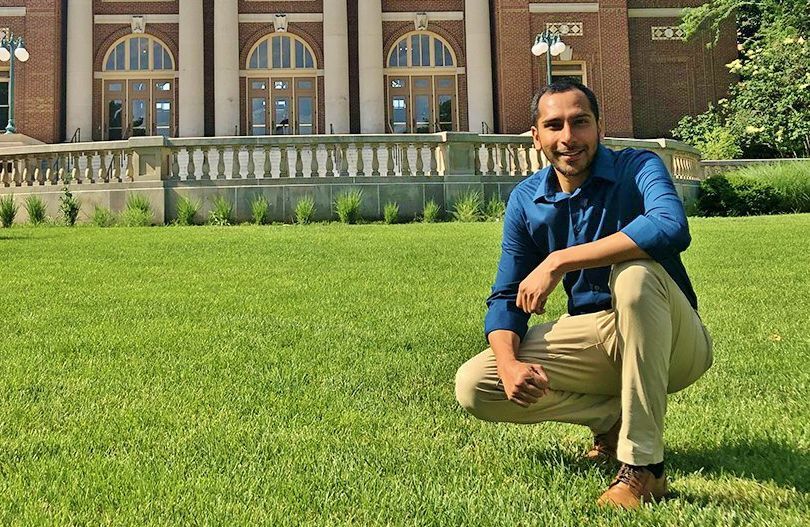 Muhammed Shameer Abdul Rasheed is a doctoral student at the University of Illinois. In recent research he included a novel feed ingredient -- a dried-egg product with interleukin-10 antibody activity -- in the diet of broiler chickens.

Broiler-chicken producers the world around are all too familiar with coccidiosis, a parasite-borne intestinal disease that stalls growth and winnows flocks. Various approaches developed through decades have been used to control coccidiosis, but the disease remains widespread.

Recent research from the University of Illinois supports the use of immunomodulatory and antioxidant feed additives to reduce the effects of coccidiosis.

“In the last two decades, partially to get around the parasite’s resistance to pharmaceuticals, vaccination has become more prevalent,” said Ryan Dilger, associate professor for the University of Illinois-Department of Animal Sciences and principal investigator on the research. “That's when I got interested because nutrition is a key element in the effectiveness of vaccines. Diet and health go together in that way. So what we're talking about here is not a vaccine. Instead we used nutritional technologies to disrupt the normal reproductive cycle of the parasite.”

When a chicken picks up the parasite, of which there are seven major Eimeria species affecting broilers, its body mounts an immune response -- starting with a cascade of inflammatory proteins known as cytokines. Those cause the bird to stop eating and rest so the immune system can do its work. In normal disease progression an anti-inflammatory mediator known as interleukin-10 is eventually produced to keep the inflammation from increasing too much and causing tissue damage through oxidative stress.

But Eimeria tricks chickens into over-producing interleukin-10 earlier than expected, before the immune system can produce enough cytokines to effectively attack the invader.

Rasheed said, “We want the bird to have an acute pro-inflammatory response in order to clear the parasite, and that response is dampened when the parasite tricks the bird into overproducing (interleukin-10) antibody. We’re trying to take away the parasite’s ability to manipulate the bird’s own immune system against itself.”

The interleukin-10 dried-egg product has been shown to be effective against mild Eimeria infection in other studies, but it hadn’t been tested in severe cases and in the absence of vaccine administration.

Dilger said, “Our results suggested that dietary dried-egg product could be beneficial in promoting gut health during severe infection for particular strains of the parasite, even though suppression of the (interleukin-10) response may promote an exaggerated inflammatory reaction in the intestinal epithelium, which may cause subsequent tissue damage.”

Uncontrolled inflammatory responses can lead to oxidative stress, where chemicals with unpaired electrons -- known as free radicals -- start to damage healthy tissue. When Rasheed saw the intestinal damage in the study, he said he decided to test the combined effects of the interleukin-10 antibody and an antioxidant known as methylsulfonylmethane. He had previously tested methylsulfonylmethane in chickens and found it had no adverse effects on health or growth, but it had never been tried as a treatment for oxidative stress during coccidiosis.

Rasheed said, “The (interleukin-10) antibody works to combat the infection through an immune mechanism, which may inadvertently cause oxidative stress, so (methylsulfonylmethane) was used in combination to specifically combat that tissue damage. So the hypothesis was that if these two interventions are working through different mechanisms, combining them together may actually give us a better response than either of them alone.”

Dilger said, “In the end the birds still got sick; they still had an infection that reduced their growth for a certain amount of time. Just like with some pharmaceutical agents designed to lessen the effects of the flu in humans, it’s not actually going to prevent you from getting the disease in the first place. However our goal is to shorten the length of time you’re sick. That's just as meaningful for broiler chickens.”

Dilger said he thinks the dietary interventions may be even more effective in real-world production settings. In the clean controlled environment of a laboratory study the broiler chickens were raised on wire flooring to separate the birds from their excrement. However broiler chickens raised on a commercial farm would be on the floor, in direct contact with litter, which is partly how the Eimeria infection cycle continues. In the end the nutritional strategies studied may act as a kind of insurance for producers to help birds bounce back sooner.

“Producers may not have coccidiosis when they mix this in the feed, but by the time the chickens consume it the disease may have reared up again. So if the product is already there, you have some protection,” Dilger said. “Again it's not going to prevent the birds from getting coccidiosis, but hopefully it can reduce the untoward effects and allow them to get back to a healthy state faster and continue growing, such that they can remain productive during that time. It's another important tool in the arsenal for producers.”

The articles, “Dietary supplementation with anti-IL-10 antibody during a severe Eimeria challenge in broiler chickens” and “Effects of methylsulfonylmethane and neutralizing anti- IL-10 antibody supplementation during a mild Eimeria challenge infection in broiler chickens,” are published in Poultry Science. M.S. Abdul Rasheed is first author on both articles; Elanco Animal Health sponsored both studies.

Lauren Quinn is a media-communications specialist for the University of Illinois-College of Agricultural, Consumer and Environmental Sciences. Visit aces.illinois.edu for more information.

Recent research from the University of Illinois supports the use of immunomodulatory and antioxidant feed additives to reduce the effects of coccidiosis in broiler chickens.

Muhammed Shameer Abdul Rasheed is a doctoral student at the University of Illinois. In recent research he included a novel feed ingredient -- a dried-egg product with interleukin-10 antibody activity -- in the diet of broiler chickens.