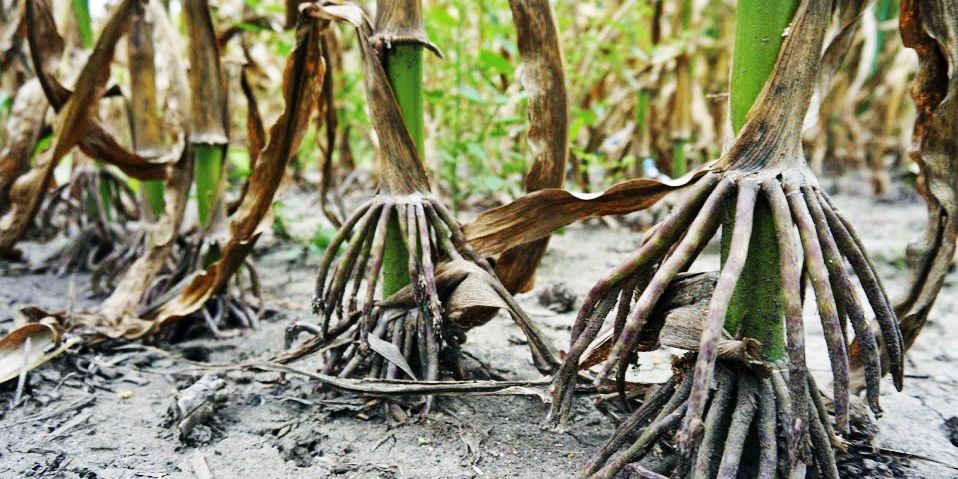 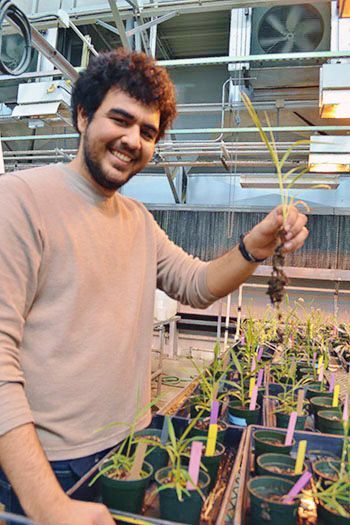 Alonso Favela shows the root system of one of the plants he's experimenting on; he's looking at how plants alter their root micro-community systems with the goal of making crops more sustainable. He seeks to understand how plants interact below ground and how they use nutrients. 'A big goal of it, actually, is to make plants that produce less nutrient pollution,' he says, referring to the nitrogen runoff caused by growing corn, which causes widespread nutrient pollution and wreaks havoc ecologically. 'If we want to maintain this system we actually have to start focusing on how the plant does it below-ground.' 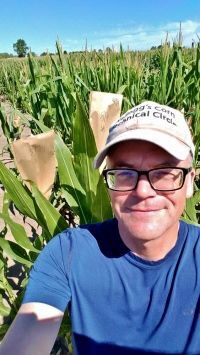 Corn didn’t start out as the powerhouse crop it now is. For most of the thousands of years it was undergoing domestication and improvement, corn grew humbly within the limits of what the environment and smallholder farmers could provide.

For its fertilizer needs, early corn made friends with nitrogen-fixing soil microbes by leaking an enticing sugary cocktail from its roots. The genetic recipe for the cocktail was handed down from parent to offspring to ensure just the right microbes came out to play.

But then the Green Revolution changed everything. Breeding tools improved dramatically, leading to faster-growing, better-yielding hybrids than the world had ever seen. And synthetic-fertilizer application became de rigueur.

That’s the moment corn left its old microbe friends behind, according to new research from the University of Illinois. And it hasn’t gone back.

“Increasing selection for aboveground traits, in a soil setting where we removed all reliance on microbial functions, degraded microbial sustainability traits,” said Angela Kent, professor in the University of Illinois-Department of Natural Resources and Environmental Sciences and co-author of a new study in the International Society of Microbial Ecology Journal. “In other words over the course of half a century, corn breeding altered its microbiome in unsustainable ways.”

Kent, along with co-authors Alonso Favela and Martin Bohn, found modern corn varieties recruit fewer “good” microbes – those that fix nitrogen in the soil and make it available for crops to take up – than earlier varieties. Instead, throughout the past several decades of crop improvement, corn has been increasingly recruiting “bad” microbes. Those microbes help synthetic-nitrogen fertilizers and other sources of nitrogen escape the soil, either as potent greenhouse gases or in water-soluble forms that eventually land in the Gulf of Mexico to contribute to oxygen-starved “dead zones.”

“When I was first analyzing our results I got a little disheartened,” said Favela, first author on the study and a doctoral student in the University of Illinois-Program in Ecology, Evolution and Conservation Biology. “I was kind of sad we had such a huge effect on this plant and the whole ecosystem, and we had no idea we were even doing it. We disrupted the very root of the plant.”

To learn how the corn microbiome has changed, Favela recreated the history of corn breeding from 1949 to 1986 by planting a chronological sequence of 20 off-patent maize lines in a greenhouse.

“We have access to expired patent-protected lines that were created during different time periods and environmental conditions,” he said. “We used that understanding to travel back in time and look at how the associated microbiome was changing chronologically.”

As a source of microbes, Favela inoculated the pots with soil from a local agricultural field that hadn’t been planted with corn or soybeans for at least two years. Once the plants were 36 days old, he sequenced the microbial deoxyribonucleic acid – DNA – he collected from soil adhering to the roots.

Kent said that breeding focused on aboveground traits – especially in a soil context flooded with synthetic-nitrogen fertilizers – may have tweaked the sugary cocktail roots exude to attract microbes.

“Through that time period breeders weren’t selecting for maintenance of microbial functions like nitrogen fixation and nitrogen mineralization because we had replaced all those functions with agronomic management,” she said. “As we started selecting for aboveground features like yield and other traits, we were inadvertently selecting against microbial sustainability and even actively selecting for unsustainable microbiome features such as nitrification and denitrification.”

Now that it’s clear something has changed, it’s possible breeders can bring good microbes back in corn hybrids of the future. Bohn, corn breeder and associate professor in the University of Illinois-Department of Crop Sciences, said he thinks it’s very possible to “rewild” the corn microbiome. The answer lies in teosinte, a wild grass most people would need to squint hard at to imagine as the parent of modern corn.

Like wild things everywhere, teosinte evolved in the rich context of an entire ecosystem. It formed close relationships with other organisms, including soil microbes that made soil nutrients easier for the plant to access. Bohn said it should be possible to find teosinte genes responsible for creating the root cocktail that attracts nitrogen-fixing microbes. Then it’s just a matter of introducing those genes into novel corn hybrids.

“I never thought we would go back to teosinte because it’s so far removed from what we want in our current agricultural landscape,” he said. “But it may hold the key not only for encouraging these microbial associations; it also may help corn withstand climate change and other stresses. We actually need to go back to teosinte and start investigating what we left behind so we can bring back these important functions.”

Bringing back the ability for corn to recruit its own nitrogen-fixation system would allow producers to apply less nitrogen fertilizer, leading to less nitrogen loss from the system overall.

“Farmers don’t always know how much nitrogen they will need so historically they’ve dumped as much as possible onto the fields,” Bohn said. “If we bring these characteristics back into corn, it might be easier for them to start rethinking the way they manage nitrogen.”

Kent said a little change could go a long way.

“If we could reduce nitrogen losses by even 10 percent across the growing region of the Midwest, that would have huge consequences for the environmental conditions in the Gulf of Mexico,” she said.

Lauren Quinn is a media-communications specialist for the University of Illinois-College of Agricultural, Consumer and Environmental Sciences. The Department of Crop Sciences is in that college. Visit aces.illinois.edu for more information.

Alonso Favela shows the root system of one of the plants he's experimenting on; he's looking at how plants alter their root micro-community systems with the goal of making crops more sustainable. He seeks to understand how plants interact below ground and how they use nutrients. 'A big goal of it, actually, is to make plants that produce less nutrient pollution,' he says, referring to the nitrogen runoff caused by growing corn, which causes widespread nutrient pollution and wreaks havoc ecologically. 'If we want to maintain this system we actually have to start focusing on how the plant does it below-ground.' 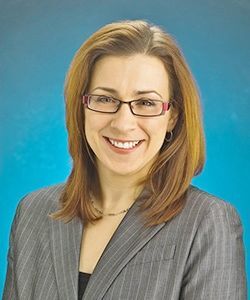