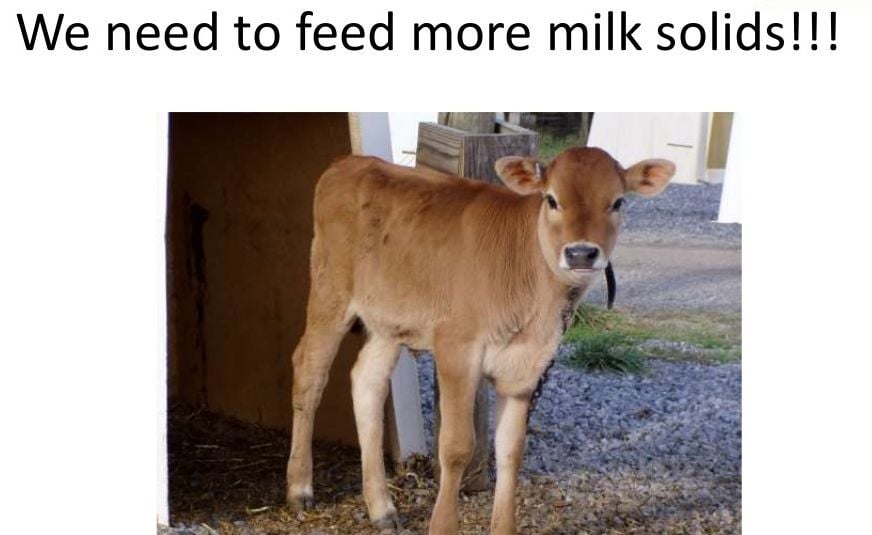 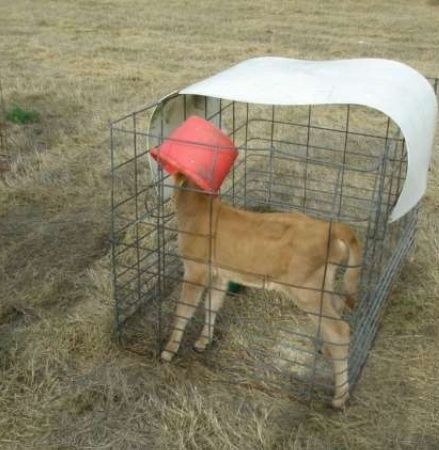 While buckets hold more milk than traditional 2-quart bottles, they bring challenges like this. Producers can now access 3-quart and even 4-quart bottles for calf feeding. 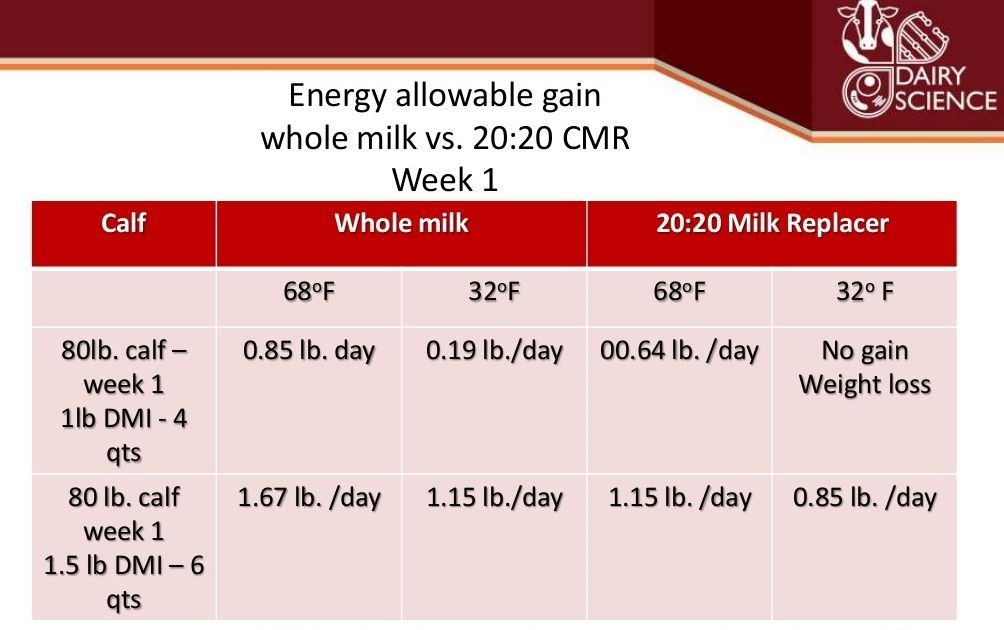 A comparison between whole milk and standard milk replacer at two environmental temperatures -- the second comparison is between feeding 4 quarts or 6 quarts. 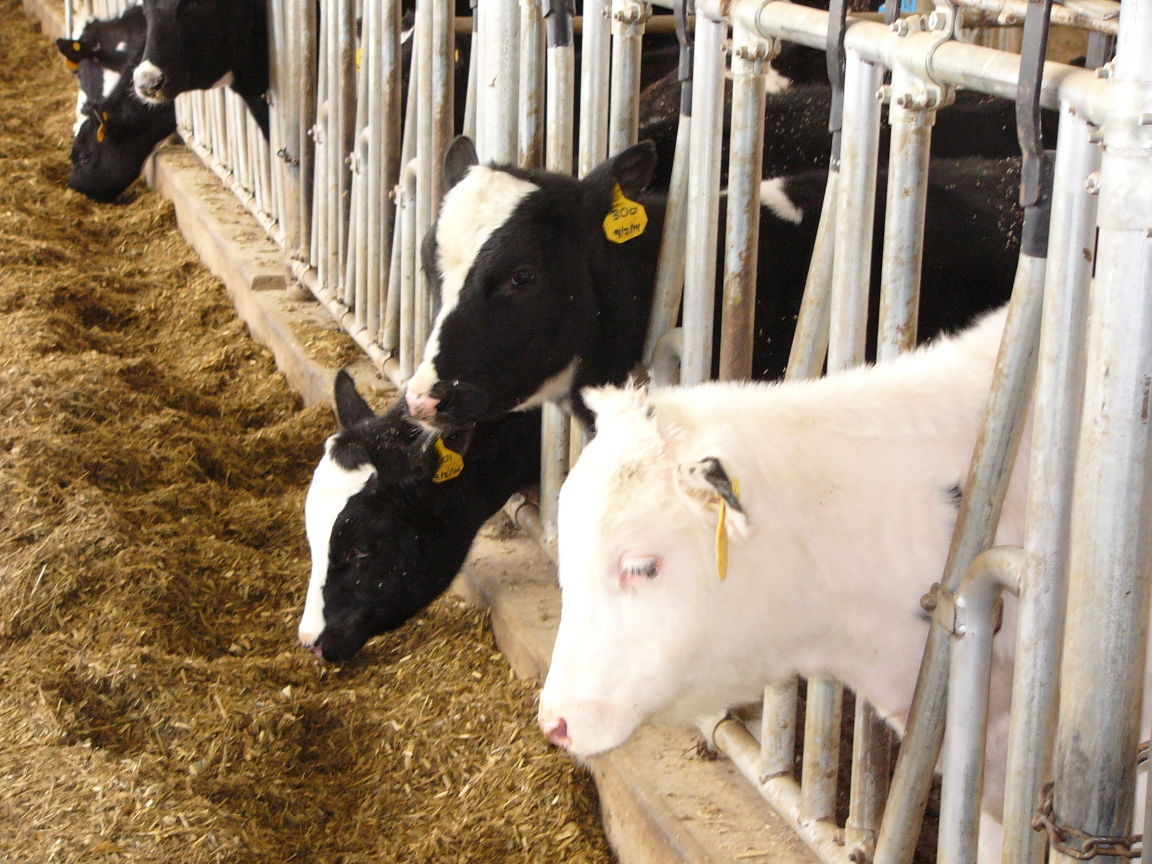 More producers are putting more dollars and time and effort into their heifer-feeding programs, finding the extra investments pay off in the long run. 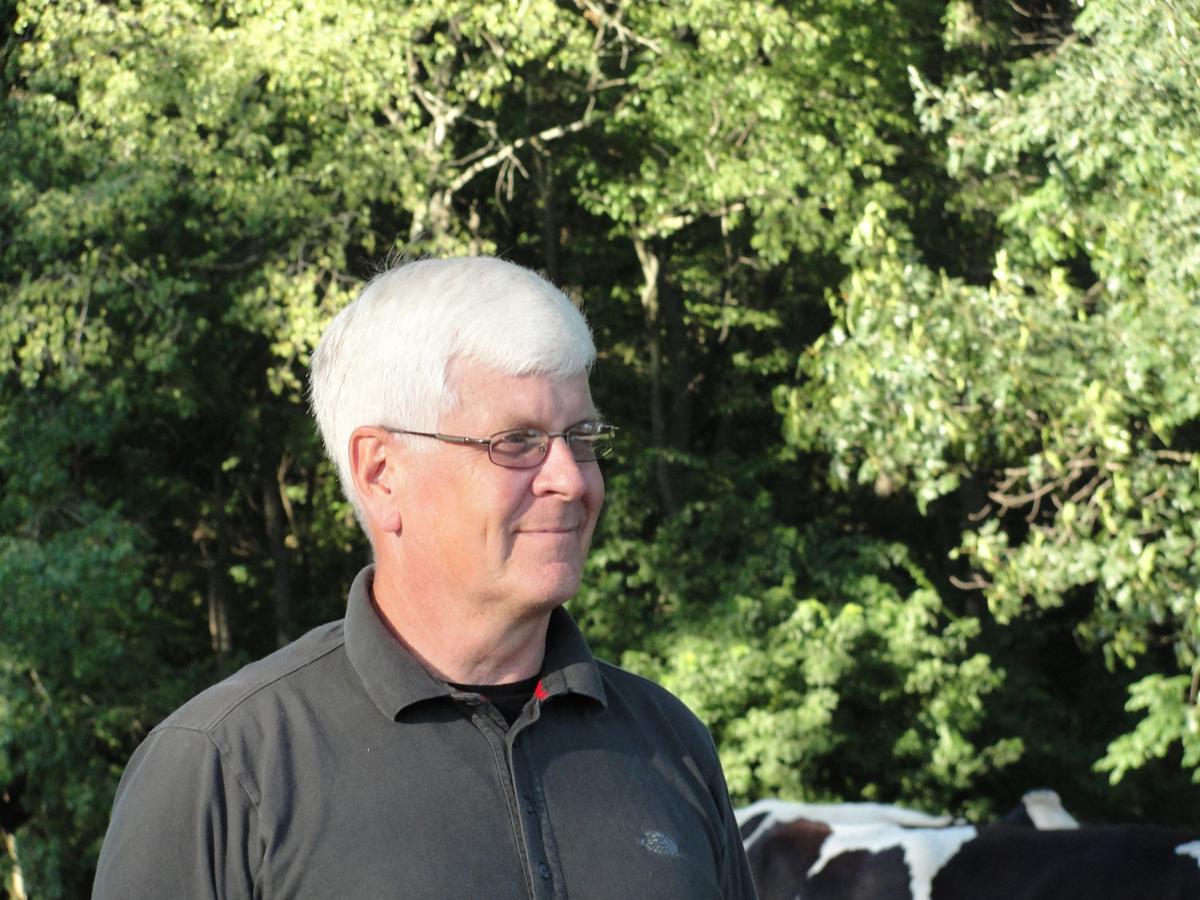 The primary goal of a dairy-replacement nutrition program should be optimizing net profit. That’s balancing rearing cost against lifetime performance of those animals.

Research has brought to light that cows that had healthy and successful calf-hoods are apt to put more milk in the bulk tank during their lactating careers.

Bob James, Virginia Tech Extension dairy project leader, said producers only thinking about how inexpensively they can raise heifers are likely impairing their animals’ lifetime performance, and thus shooting themselves in the foot. He said more producers are coming to this realization and feeding higher amounts of milk pre-weaning, and providing heifers with extra groceries and TLC all the way to first calving.

James said calf-rearing really starts with the dry cow. She needs to finish her lactation in good body condition; he recommends 3.25 to 3.5 body-condition score. Pay attention to vitamins and trace minerals for those dry cows. Make sure feed is free of mold and more than 40 percent neutral detergent fiber for rumen health. The goals are easy calving and production of quality colostrum, he said.

Get four liters into the newborn calf within the first six hours.

“We don’t get second chances,” he said. “What we do with this calf in the first six to 24 hours has a tremendous bearing on lifetime performance.”

Excessive early intake of bacteria – particularly coliforms – from colostrum or a dirty calving environment reduces antibody absorption in the small intestine. James cited a University of Illinois study that showed that with either a conventional or intensive milk-feeding regimen, average daily gain by calves was higher if they’d received an adequate amount of good-quality colostrum as newborns. Further, it’s been demonstrated that absorption of immune cells from fresh colostrum from the calf’s own dam resulted in that animal having better immune responses later in life.

Addressing pre-weaned calf care, James said historically the aim has been to feed calves with the ambition of weaning them as soon as possible. That mindset needs to change, he contended. Instead, the aim should be to meet their nutritional requirements for maintenance and decent gains; it’ll pencil out in the long-run.

Four quarts of a 20-percent-protein, 20-percent-fat milk replacer, or 1 pound of dry-matter intake, isn’t enough to support any weight gain by an 80-pound calf in the first week of life, if the temperature is 32 degrees. In fact, the calf will lose weight, James said. On the other hand, 6 quarts, or 1.5 pounds of dry-matter intake, of a 20:20 replacer will allow that calf to gain 0.85 pound per day, even if it’s only 32 degrees outside. Six quarts of whole milk, which is 26 percent protein and 28 percent to 30 percent fat, would support 1.15 pounds of daily gain by that calf, even if it’s only 32 degrees outside.

“We need to feed more milk solids than we have in the past,” James emphasized.

He said the 2-quart calf-bottle is quickly being replaced by 3-quart and even 4-quart versions.

Feeding pre-weaned calves more frequently than the usual twice-a-day is also a good idea, James said. He cited a Wisconsin study that compared three-times-a-day feeding with twice-a-day, without changing the total amount of powder being fed on a daily basis. Simply providing one more feeding resulted in 10 more pounds of gain in the first 42 days, an inch more height on calves, and higher feed efficiency, which is more gain per dry-matter intake. Six more heifers entered the lactating herd, too, when calves received that one extra feeding.

He suggested weighing both powder and water in the replacer-feeding protocol, to make sure enough solids are being fed and to ensure better consistency. Make sure the milk is 101 to 105 degrees; keep a thermometer in the calf-feeding room and use it. Make adjustments for environmental temperature changes by increasing solids up to 15 percent dry matter, offering more volume and an extra feeding.

In order to deliver more solids and more frequent meals, producers might want to look at mob-feeders or acidified milk free-choice or automatic calf-feeders.

While intensive feeding programs, i.e. more than 2 pounds of dry-matter intake from liquid diets, delays starter intake, James said he didn’t think that is really a problem. That’s because he questioned the biological normalcy of limit-feeding liquid diets, i.e. approximately 1 pounds of dry matter, to encourage dry-feed intake and early weaning. Feeding that amount poses the possibility of metabolic stress on calves less than three weeks old. Further, calves fed a full-potential liquid diet versus a more conventional diet quickly caught up in terms of their starter intakes at about 60 days of age.

Of weaning strategies, James said research comparing abrupt weaning to weaning at four, 10 or 22 days showed that a 10-day weaning was optimal for energy intake and weight gain. He also noted it’s important to have a post-weaning group of heifers. Allow them to adjust to being in a group if they’ve been individually housed before and to adjust to their new forages.

For heifers over eight months of age, there’s increasing interest in limit-feeding. Limit-fed diets are formulated to provide adequate nutrients with intake at 1.5 percent to 2 percent of body weight. Ad-libitum feeding relies on lower-energy/higher-fiber feeds to limit over-consumption of energy. He said it’s important to have adequate bunk space for all heifers to eat at once when limit-feeding, as well as to have metal fences and structures, because limit-fed heifers have oral needs and will chew wood.

While buckets hold more milk than traditional 2-quart bottles, they bring challenges like this. Producers can now access 3-quart and even 4-quart bottles for calf feeding.

A comparison between whole milk and standard milk replacer at two environmental temperatures -- the second comparison is between feeding 4 quarts or 6 quarts.

More producers are putting more dollars and time and effort into their heifer-feeding programs, finding the extra investments pay off in the long run.