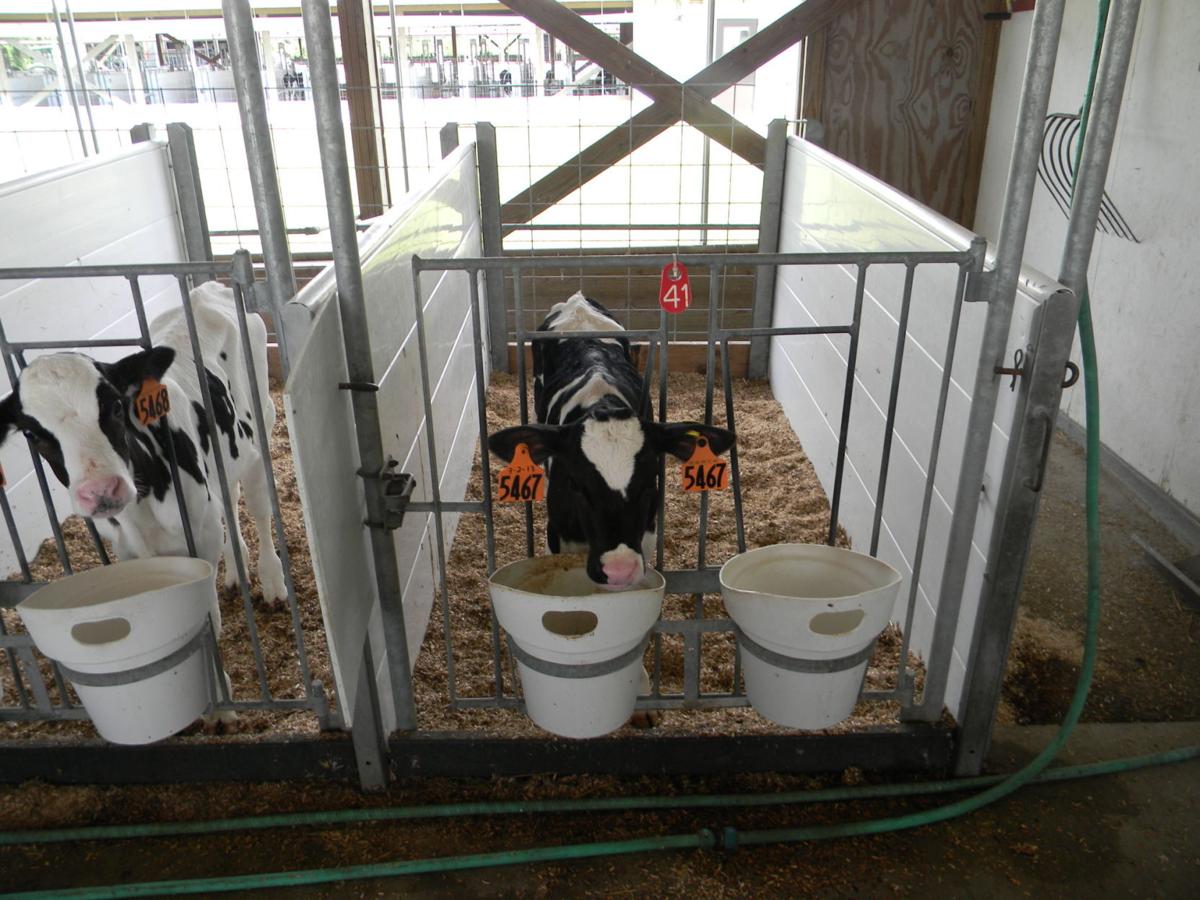 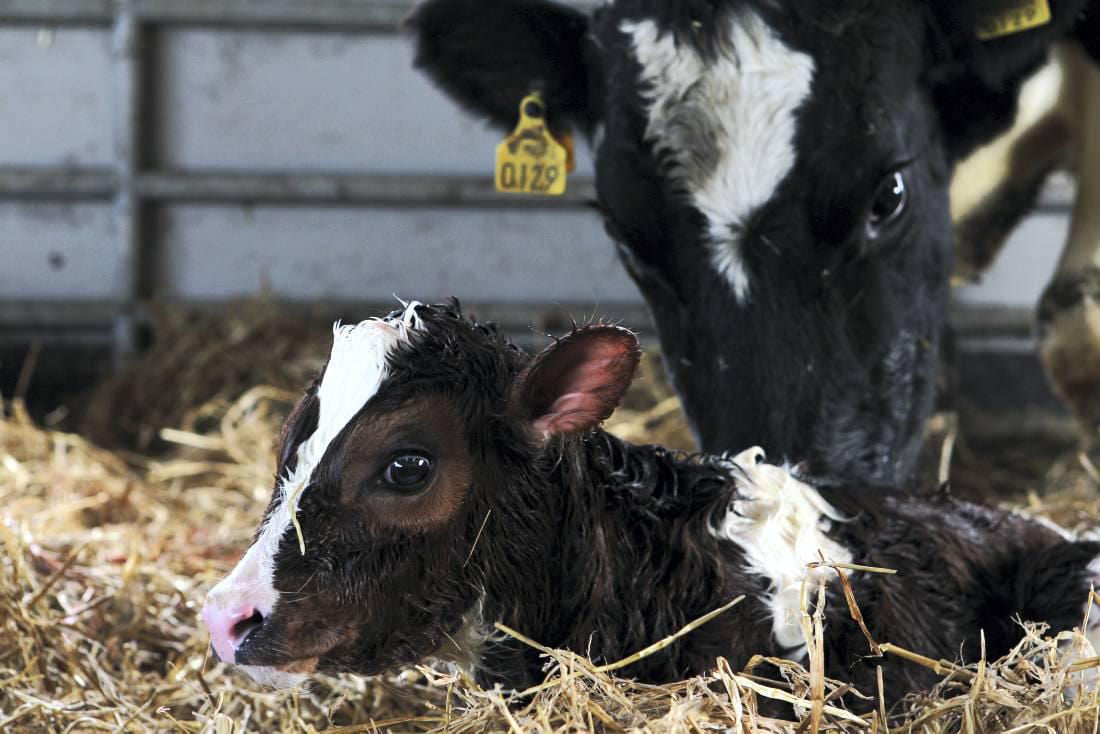 Taking the time to create a cleaning protocol for calves helps prevent disease in the herd and ultimately is financially beneficial to farmers. 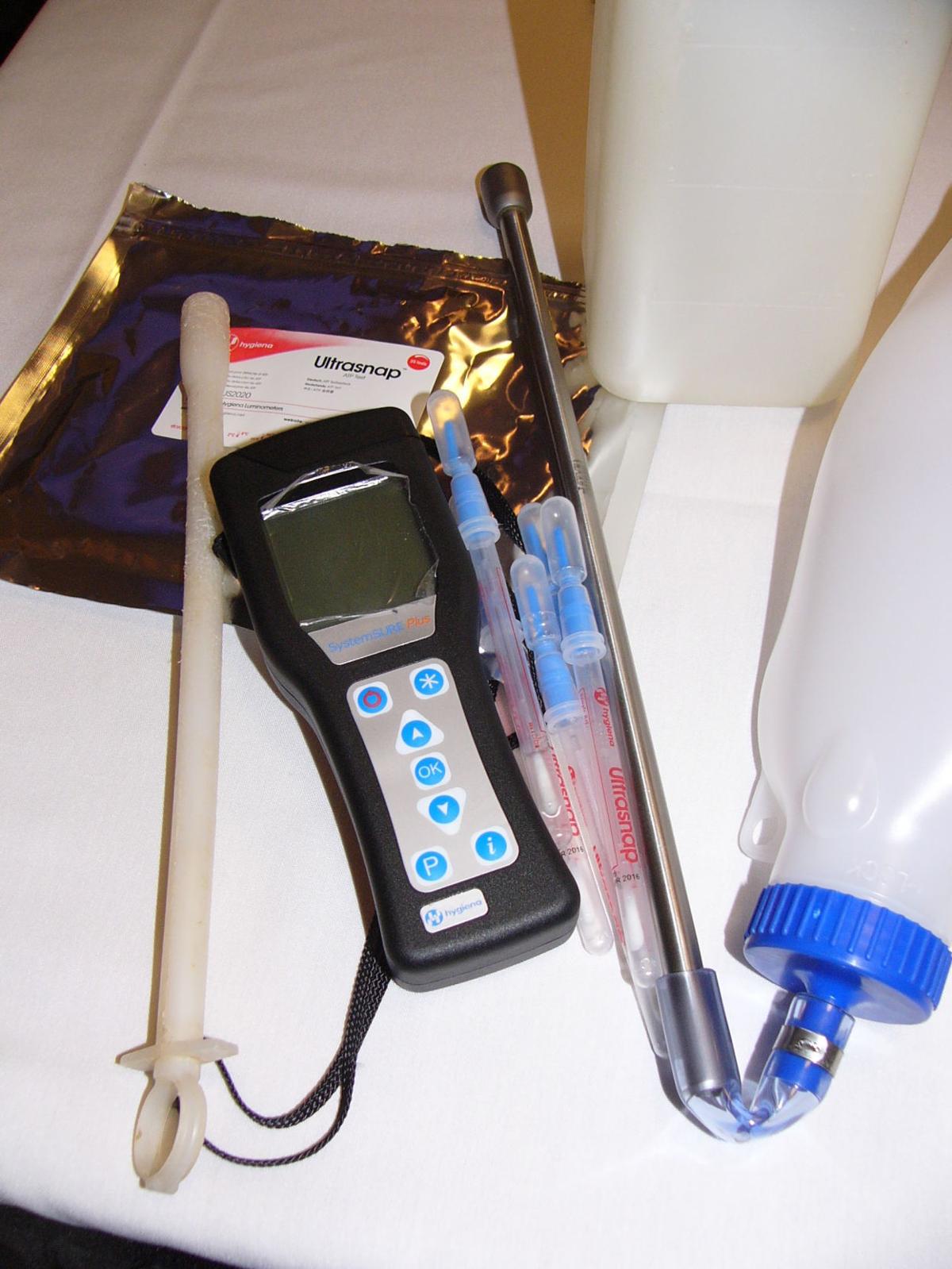 An ATP meter is technology calf-feeders can borrow from the food-processing industry to determine what kind of a job they’re really doing in cleaning equipment like the esophogeal feeder, calf bottle and other items.

“Your mother was right!” said Sarah Mills-Lloyd, a veterinarian and Oconto County Extension ag agent. Cleanliness is important – for calves, too.

Speaking last month at a Start Them Right...Raise Them Right calf-management seminar in Eau Claire, Mills-Lloyd reported on a sanitation-audit research project she recently conducted on dairy farms in seven counties in northeastern Wisconsin, as well as the use of new-to-the-farm technology for better detecting problem areas in a calf-rearing system.

Mills-Lloyd credited Don Sockett with the Wisconsin Veterinary Diagnostic Lab for applying food-industry technology and the hazard-analysis-critical-control-points concept, commonly referred to as HACCP, to calf-raising. Sockett also applies new technology to on-farm cleaning of feeding equipment and other contact points for calves.

Writing cleaning protocols isn’t something dairy farmers generally do for their calves. When Mills-Lloyd asked the 12 participating farms in the study why they didn’t, the answers were either they don’t have the time or they don’t see the need for it.

However, with the cost to raise a calf to weaning age at just under eight weeks on average, according to a 2013 University of Wisconsin-Extension survey and analysis, at $363.69, producers can’t afford to lose calves or have them set back due to a bout of disease. That rearing cost – which is up from $160.26 in 1999 and $326.07 in 2007 – doesn’t include the sale-value of the calf itself or any treatment cost should it get sick. Zooming in on Draxxin alone, which Mills-Lloyd referred to as liquid gold for a worst-case illness scenario, based on a 500-pound calf, that’s $22 for a one-time shot.

Time is money on a dairy farm, even though farmers don’t often value it like that. Mills-Lloyd said that fighting scours on a dairy with electrolyte support alone increases the time investment in calves by about a third of time required to take care of healthy calves. She bases that on these assumptions: 10 calves born per week on a dairy, a scours prevalence of 25 percent, a typical case of scours lasting four days, and 10 calves or 12.5 percent of the calves requiring electrolytes each day.

A veterinarian who was in private practice eight years prior to joining Extension two years ago, Mills-Lloyd promoted the value of using an ATP meter for evaluating cleanliness of calf-feeding equipment, robotic calf-feeders and other materials that come in contact with those vulnerable calves.

ATP stands for adenosine triphosphate. It’s an energy molecule in all living cells and it provides an opportunity to measure bacterial load and biofilm activity levels as they relate to cleanliness and calf health. In other words, the quantity of potentially disease-causing microorganisms is pinpointed through the detection of adenosine triphosphate or ATP.

The ATP meter is also known as a bioluminescence meter, since ATP is quantified by measuring the light produced through its reaction to a naturally occurring firefly enzyme called luciferase. The hand-held meter is actually a sensitive light-measuring devise.

As noted, the handheld meter is used routinely in the food-processing industry to pinpoint contaminated surfaces and equipment and how well things are kept clean. Mills-Lloyd said these meters cost around $1,200. The cost per-sample to swab is about $1.75.

She considered that relatively inexpensive when a farmer considers how costly it is to lose or calf or have calves set back due to disease. It’s proven that disease can carry through into the first lactation, resulting in less milk in tank, compared to what’s produced by a cow that was healthy as a calf.

While bioluminescence swabbing and scoring is still under development as it pertains to calf-rearing, Mills-Lloyd, in her research project with northeast Wisconsin farms, swabbed everything from calves’ hair-coats to calf-bottle nipples, the faucet in the feed-mixing area to feeding buckets, the esophageal feeder, and even the garden hose for delivering water to calves. Benchmark scores are being fine-tuned. Generally speaking, the greater the number on the digital ATP meter, the worse the bacterial load.

She emphasized the need to be more aggressive in replacing worn calf-feeding equipment, including even buckets that are scored and scratched from use. They’re actually tougher to keep clean, she noted. She said the gold standard for buckets is stainless steel.

Mills-Lloyd offered a protocol for cleaning calf equipment, which was developed by Sockett:

Mills-Lloyd also challenged producers to pay attention to the environment of their feed-mixing room. “Is there enough ventilation in that room for adequately drying equipment?” she asked.

She drew producers’ attention to overlooked details, like cleaning the milk-replacer-mixing whisk, paying special attention to where the wires meet the handle. That area on the whisk is particularly tough to clean. She reminded farmers to replace whisks every so often, even if they’re not really worn out.

She concluded that producers need to hone their skills as keen observers of cleanliness in their calf-rearing set-ups, and she encouraged them to explore pushing an ATP meter to better see how they’re really doing in terms of getting things squeaky clean. For more information on this new-to-the-farm technology, contact Mills-Lloyd at sarah.millslloyd@uwex.edu or 920-834-6845.

Taking the time to create a cleaning protocol for calves helps prevent disease in the herd and ultimately is financially beneficial to farmers.

An ATP meter is technology calf-feeders can borrow from the food-processing industry to determine what kind of a job they’re really doing in cleaning equipment like the esophogeal feeder, calf bottle and other items. 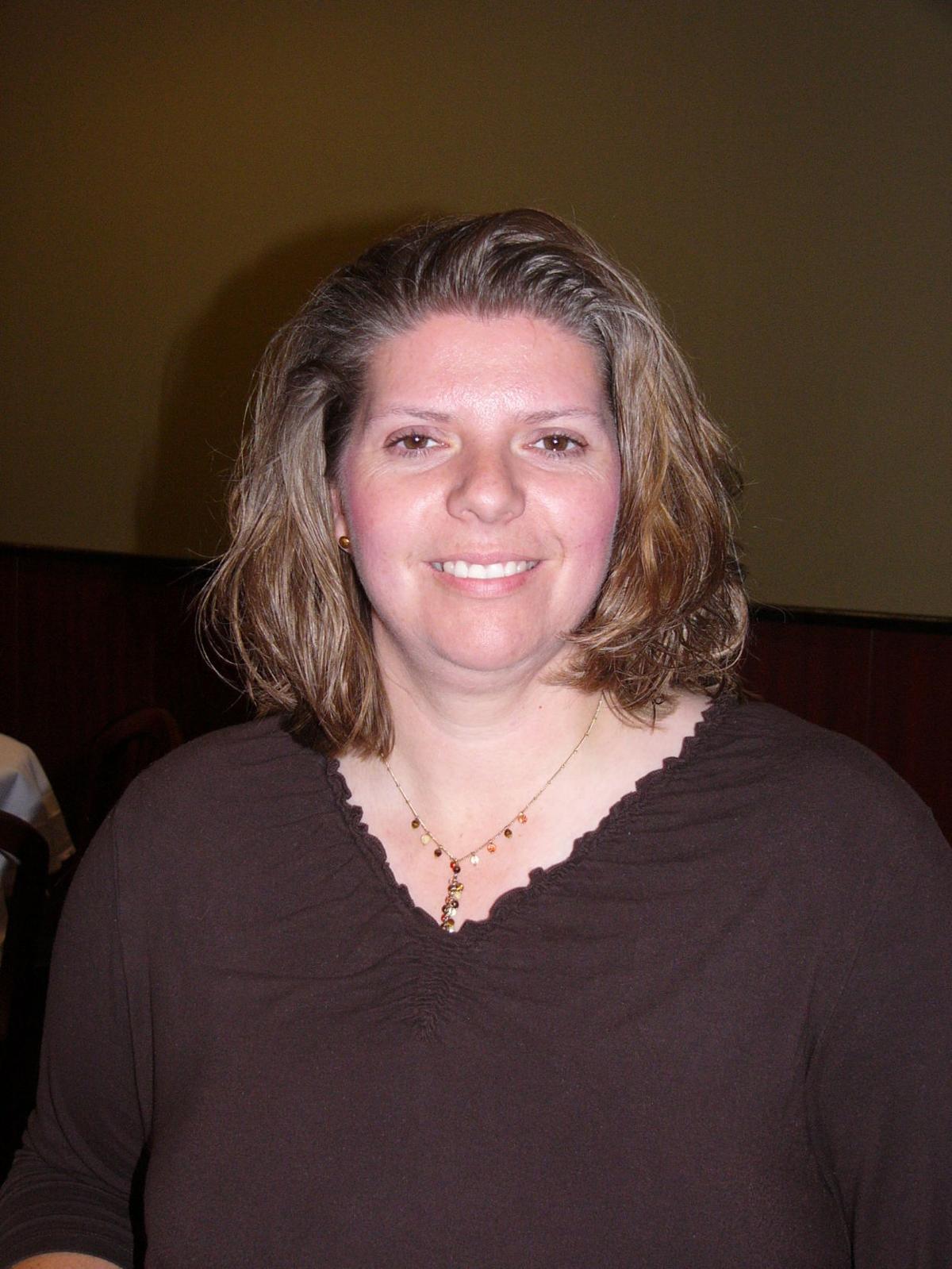