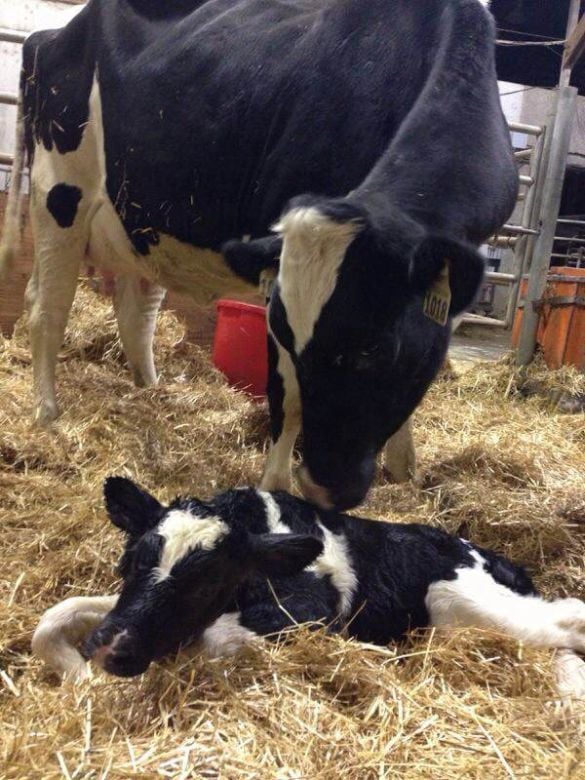 Comparatively little research has been done on calving time management and environment. New animal behavior research attempts to see the event from the cow’s perspective. 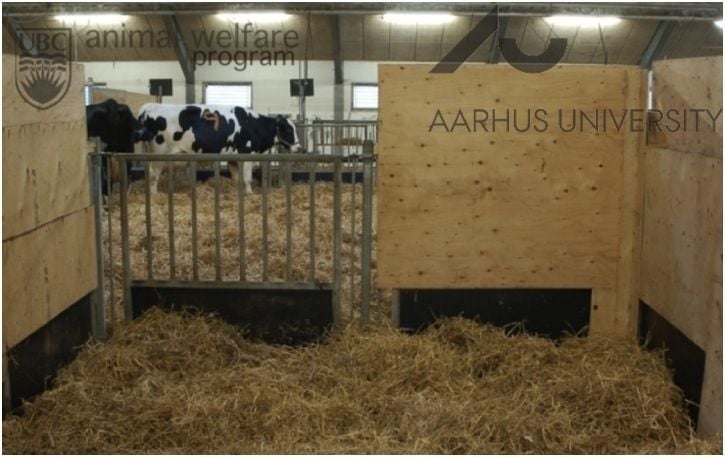 In cutting-edge maternity-pen research, when cows were alone in the pen, they preferred calving in this more secluded area, but only if they calved during the daytime.

Optimal management and environment at calving should attempt to accommodate the natural physiological and behavioral changes a cow undergoes when delivering her calf.

Proudfoot said ensuring cows have the proper care at calving time is paramount to their welfare and to the overall profitability of the herd, not to mention the calf’s viability.

“Although we have clearly made progress in our understanding of production diseases (in transition cows), we are just now gaining an understanding of maternal behaviors before and after the calf is born,” she said.

Despite decades of research addressing the critical transition period, disease risk remains high, suggesting the industry might take a new approach to address challenges that occur during this period.

For example, many producers move cows from freestall pens into the maternity pen while labor is underway. However, Proudfoot and fellow researchers discovered that moving cows during a sensitive period between the first and second stages of labor — i.e. the cow showing signs of abdominal contractions and mucous coming from her vulva — disrupts her normal lying-down behavior and prolongs the second stage of labor.

They also gave cows a choice between calving in the usual open setting or a secluded one.

“The latter (is) much like where you would find cows in a more natural environment when calving,” Proudfoot said.

The researchers were able to provide evidence that dairy cows in confinement will also seek seclusion when given the opportunity – especially when calving during daytime hours and where there is no competition for the secluded area.

The transition period can be separated into three phases: The pre-calving “close-up” phase beginning three weeks before calving and ending when calving is imminent; the “parturient” phase in the hours just before and during labor; and the post-calving or “fresh” phase lasting from delivery until three weeks afterward.

The industry standard for nutritional management pre-calving is moving cows from a low-energy diet to a high-energy diet three weeks before calving. That reflects a pen change and regrouping.

Little research has been done on managing cows during the parturient phase. When signs of calving are present, or a cow has hit her expected calving date, she’s either left in a group pen or moved to an individual pen to calve. According to the latest National Animal Health Monitoring Systems survey, in the United States 70 percent of farms with the usual calving areas house cows in groups at calving. Sometimes cows are housed on bedded packs during the full three-week close-up period and calve in the same pen. In other cases, they’re moved from the freestall area to a group calving pen a few days or, sometimes, hours before calving. A third option is moving cows from freestalls or a bedded pack into an individual maternity pen a few days or hours before calving; 26 percent of U.S. farms do so.

Soon after the calf is born, the cow is typically moved out of the calving pen. Some operations put her in a “fresh” pen for a few days, coinciding with unsalable milk and making things easier for the milking crew.

The bottom line, according to Proudfoot, is that traditional movement of transition cows can include as many as five pen changes during the six-week period. There’s also a growing trend for producers to minimize the time cows spend isolated in maternity pens. They move them “just in time,” when signs of labor are very clear — i.e. presence of the amniotic sac or calf feet.

When a cow is on pasture, the first sign of imminent labor is when she seeks to isolate herself from the herd and find a secluded spot to calve. For confinement cows, such behavioral changes at the onset of labor are more subtle. The cow is restless, getting up and down more often. She pays more attention to her abdomen, increasingly raises her tail while standing, and eats and drinks less. During the second stage of labor, when the calf moves through the birth canal, the cow usually lies down. And if the calf is allowed to stay with the dam, she’ll spend the first few hours after birth intensively licking and nursing it. However, cows don’t typically have that opportunity anymore because calves are whisked away.

Proudfoot and fellow researchers wanted to see if moving cows from a group pen to an individual pen during labor could disturb their behavior and labor progress. Cows in a group close-up pen — bedded pack — were moved to individual maternity pens either before any signs of labor or during early stage one — about 12 hours before calving when she was raising her tail, her udder was engorged and leaky or pelvic ligaments were relaxed. Or the cow was moved during late stage-one labor — about four hours before calving when there was bloody mucous and the start of abdominal contractions.

“We discovered that cows moved before labor and during early stage-one labor had very similar stage-two labors of about 60 minutes,” Proudfoot said. “These cows were also recumbent during the final hour of calving, which is also considered a normal behavior of cows during stage-two labor.”

In other words, their results suggested that moving cows during a sensitive period during labor may disrupt normal calving behavior and increase the length of labor.

When cows were alone in the pen, they were more likely to calve in the shelter, but only if they calved during the daytime — 81 percent of cows that calved in the daytime used the shelter. If cows calved at night, they showed equal preference for both areas. Cows began increasing their use of the shelter eight hours before calving.

When housed in pairs, they were more likely to calve in the open pack, regardless of time of day. But these cows also increased the amount of time they spent further away from their partners as calving approached, Proudfoot said.

They replicated the study using a smaller, more practical individual maternity pen, putting 5-foot-high plywood around half of the walls of the pen to create a secluded corner on one side and window on the other. Cows could have visual and head-to-head contact with familiar cows in the close-up group pen. This time they found most cows — 79 percent or 15 of 19 — calved in the secluded corner. They began using it more in the hour before calving and remained in the corner with their calf during the hour after calving.

Proudfoot said this work provides evidence that cows in confinement will seek seclusion during calving if they’re able to. Optimal maternity-pen design lets the cow express maternal behavior and that in itself may be beneficial to her welfare, she said, adding that more research is needed to determine other benefits to adding a secluded area to the maternity pen, such as reduced dystocia and stillbirths.

Comparatively little research has been done on calving time management and environment. New animal behavior research attempts to see the event from the cow’s perspective.

In cutting-edge maternity-pen research, when cows were alone in the pen, they preferred calving in this more secluded area, but only if they calved during the daytime.