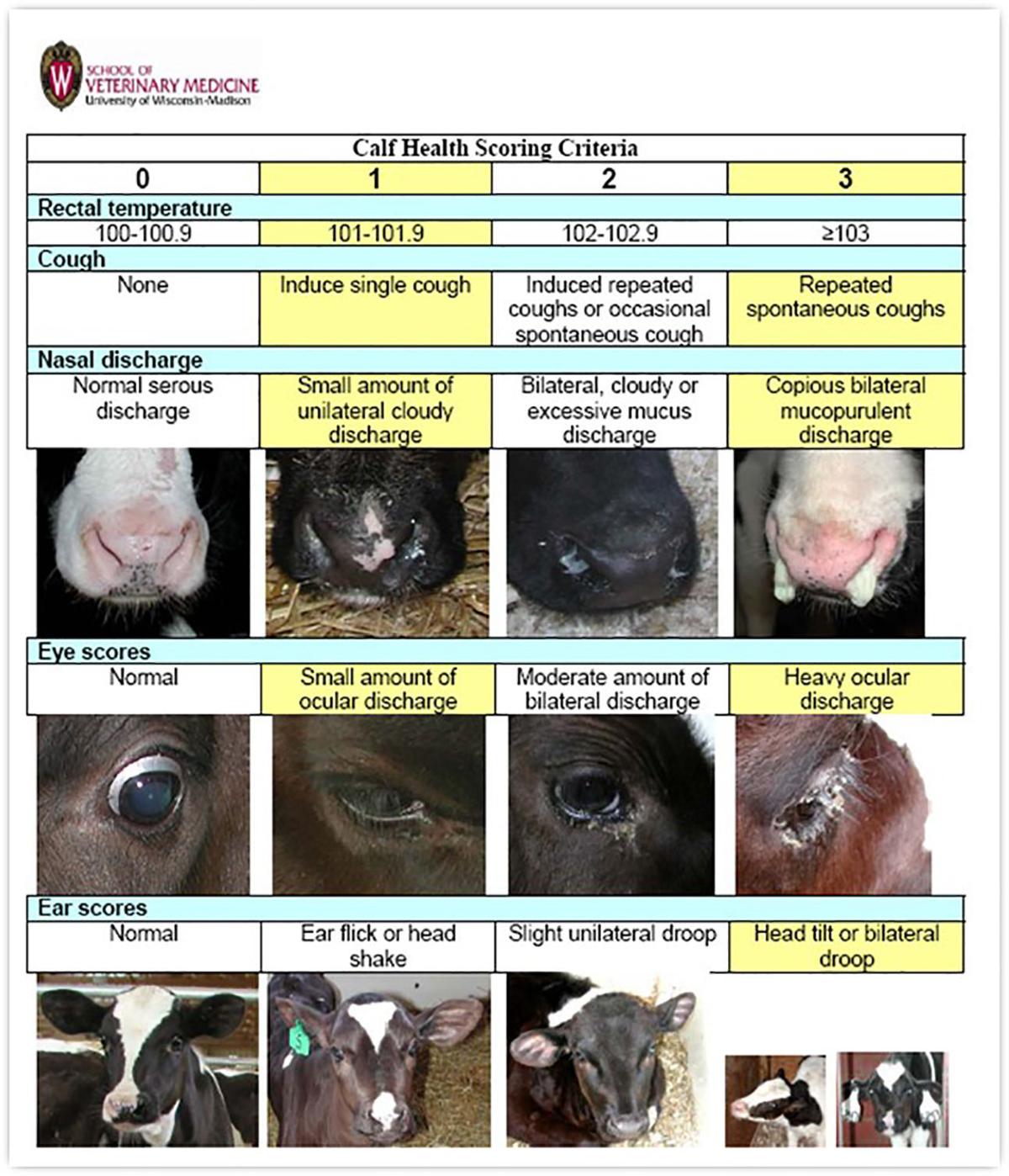 This is an easy method of screening calves for respiratory disease, developed by University of Wisconsin-Madison veterinarian Sheila McGuirk. 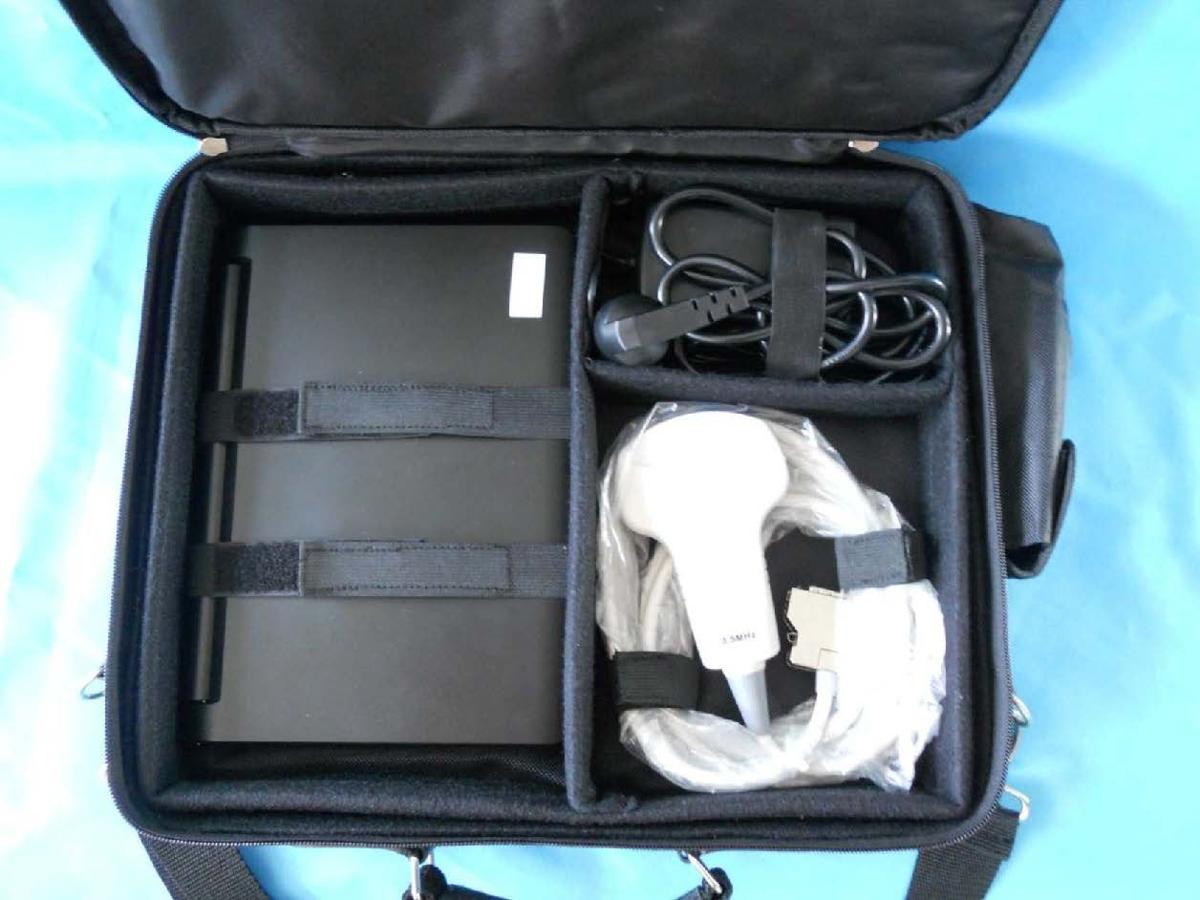 Working with a herd veterinarian to ultrasound calves for subclinical respiratory disease is a cutting-edge practice. 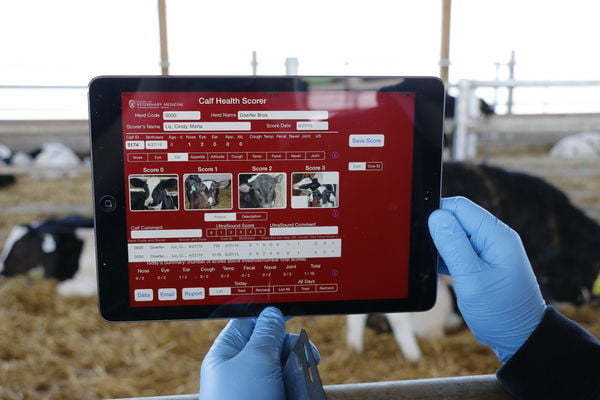 An app has been developed by the University of Wisconsin-Madison veterinary school to make for quick data entry of calf health status. 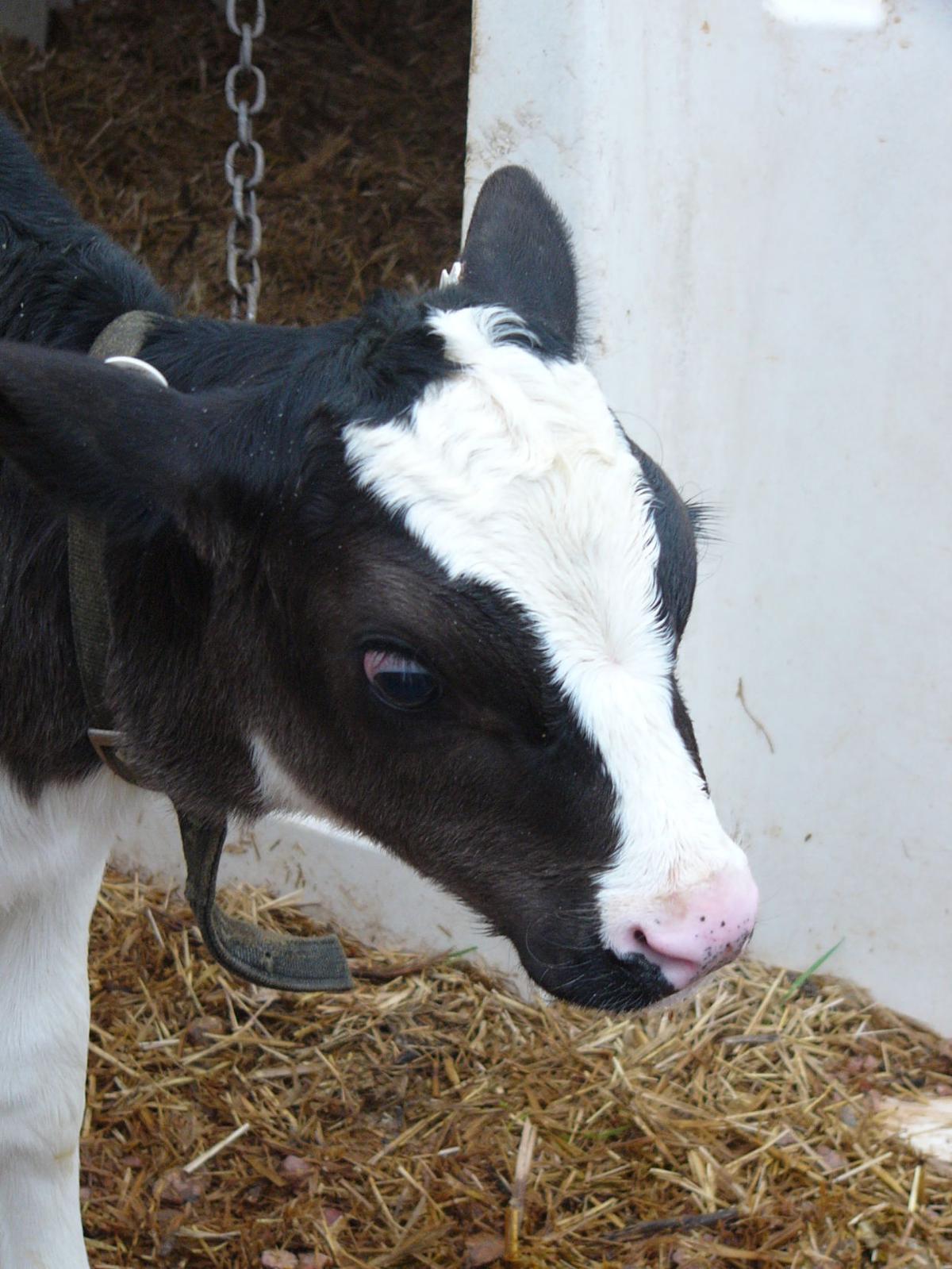 A calf that appears healthy at first glance can be harboring respiratory lesions that can easily be picked up with ultrasound.

Respiratory disease can be devastating to a calf-rearing enterprise. That’s why it’s important to catch it early and nip it in the bud. University of Wisconsin-Madison veterinarian Terri Ollivett advocated for establishing a daily routine for finding individual sick calves, establishing a screening exam twice a week to identify the most-subtle cases and working with the herd veterinarian to sleuth respiratory disease in otherwise seemingly healthy calves.

Speaking recently at a Start Them Right...Raise Them Right calf-management seminar in Eau Claire, Ollivett said battling respiratory disease, as well as scours, in calves demands competent and dedicated personnel who have enough time to carefully ferret out sick calves before they’re showing full-blown illness.

“Sick calves happen. We need good management in place (to deal with it),” Ollivett said.

Not only does earlier detection give the sick calf a better chance of full recovery without lingering slower-growth, but it also reduces the amount of viral or bacterial shedding, which gets other calves sick.

“Monitoring applies to calves and people,” she reminded.

“I get excited about respiratory disease because the numbers haven’t changed in the last 20 years,” she said. That’s despite new drugs and better facilities. Being able to find sick calves sooner is a large part of the solution, according to Ollivett.

Respiratory disease has many causes: Pasteurella, Mycoplamsa, Mannhemia haemolytica, Bovine Respiratory Syncytial Virus, Parainfluenza3 Virus, Infectious Bovine Rhinotracheitis, Bovine Viral Diarrhea and corona. Together respiratory disease generally impacts between 3 percent and 17 percent of calves in a herd, but it can shoot up to 90 percent.

Besides bacterial or viral-disease causes, aspirating milk is another.

“I think this happens more often than we know,” Ollivett said. “Milk can go down a calf’s windpipe and irritate her lungs. It can happen with bottle-fed calves, too. Typically farmers pull out the jackknife and cut the hole in the nipple bigger to speed calf-feeding along, or calf nipples are worn out and well-past retirement.”

Working with the herd vet to utilize ultrasound to scan for hidden respiratory disease is a cutting-edge practice more producers are adopting in their calf-raising enterprises. Ultrasound is the same technology used to screen cows for reproduction.

Healthy lung tissue is pale and spongy-looking, while a lung infected with typical pneumonia is red and harder. Ollivett said pneumonia in calves most commonly impacts the cranial lobe of the right lung. Thus respiratory-disease consolidation hides way up under the calf’s forelimb. It only takes 15 to 30 seconds for a trained ultrasound operator to make a diagnosis.

Ollivett said it’s so important to follow a detection protocol because there’s such a thing as compassion fatigue. When someone raising calves is inundated with respiratory disease, after a time, they’re apt to tire of being compassionate and treating. They might either put blinders on and turn a blind eye to yet another sick calf or treat everything under the sun because they’re afraid something bad will happen. Even if it’s not that extreme, Ollivett indicated that detection-and-treatment on a given day often tends to reflect the calf-raiser’s mood more than the real disease status of calves in the barn.

Further, cattle are a prey specie. Ollivett said that means they do everything they can to hide clinical signs of disease. Clinical signs can be very subtle or absent all together, even though a calf has lung lesions that ultrasonography will pick up. Ollivett said that frisky calf that sucks on the fingers of the caregiver likely wouldn’t be suspected of having subclinical pneumonia. Most people wouldn’t give this seemingly healthy calf a second look, but ultrasound picks up problems.

When it comes to daily monitoring of calves, define the following:

Ollivett suggested using a calf screening exam developed by her associate, University of Wisconsin-Madison veterinarian Sheila McGuirk. A score of 2 or higher in two or more categories means the calf is sick and should be treated. Ollivett noted there’s also an app for this now so that the screener can immediately enter data on an iPad. It’s been developed by the Food Animal Production Medicine section at the University of Wisconsin-Madison School of Veterinary Medicine.

Combining twice-weekly screening with McGuirk’s protocol and working with the herd vet to ultrasound calves on a regular basis will let producers get a good handle on who has subclinical pneumonia, who has clinical disease and who has upper-tract respiratory disease, or in other words, who looks sick but has normal lungs. In 100 calves with lung lesions, ultrasound and an experienced operator will typically find 94 of them.

Ollivett said that using ultrasound, coupled with other close screening methods and good record-keeping can help producers nail down when the risk period is for respiratory disease in their calves.

This is an easy method of screening calves for respiratory disease, developed by University of Wisconsin-Madison veterinarian Sheila McGuirk.

Working with a herd veterinarian to ultrasound calves for subclinical respiratory disease is a cutting-edge practice.

An app has been developed by the University of Wisconsin-Madison veterinary school to make for quick data entry of calf health status.

A calf that appears healthy at first glance can be harboring respiratory lesions that can easily be picked up with ultrasound. 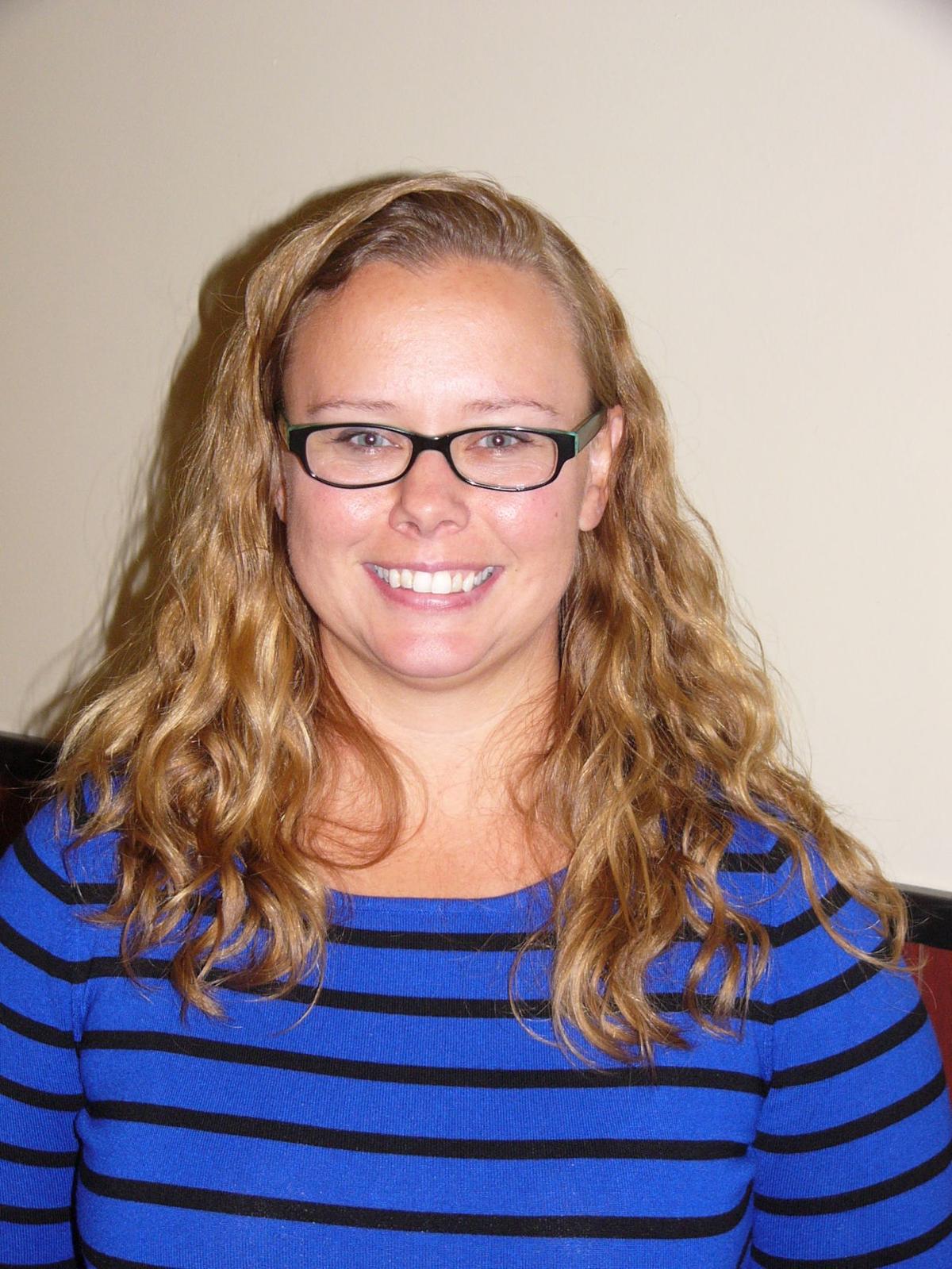